On Friday we had to go pick up the car from the dealership so on our way home while E and Dave went to the BBQ store, I took Q to McDonalds for lunch and he also requested a sprinkle donut so we also waiting in line at Tim Hortons. 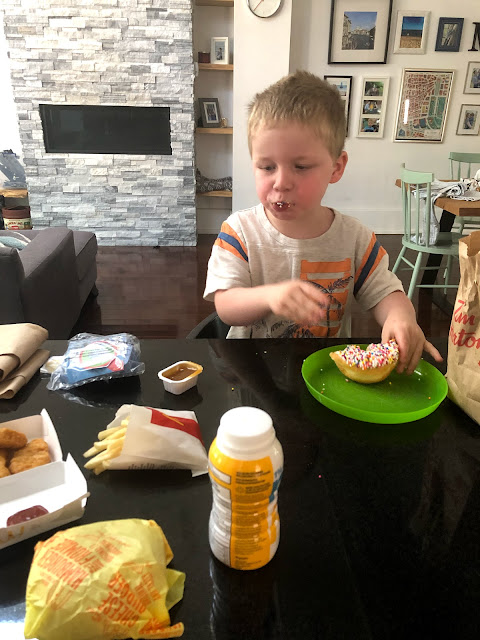 Then I worked outside while this dirty kid watched something on the ipad, this is after he fell asleep in the front hallway. 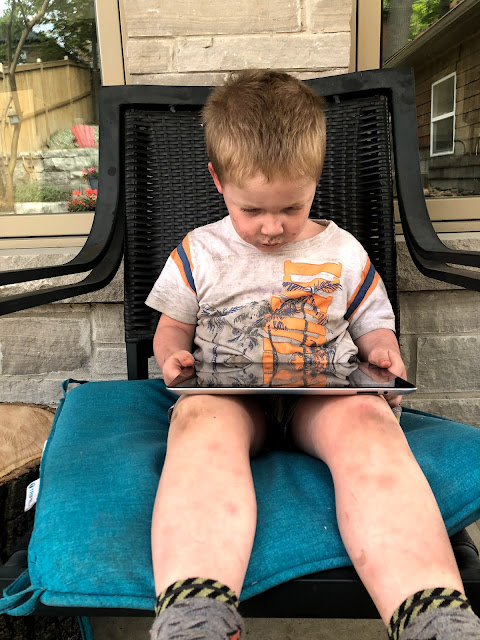 Dave and E worked on cleaning up the BBQ. 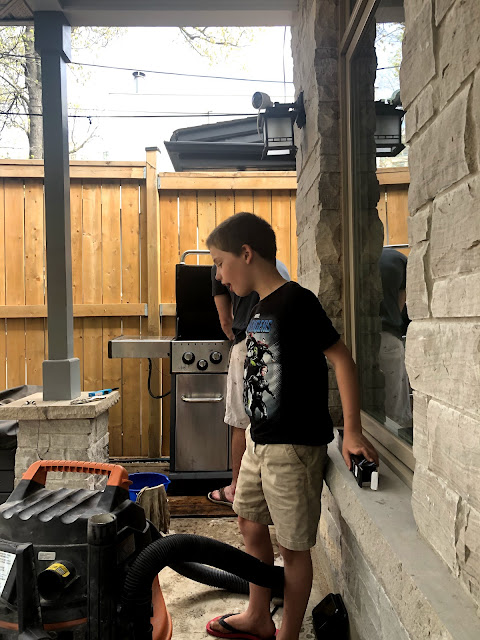 On Saturday morning Dave made waffles. 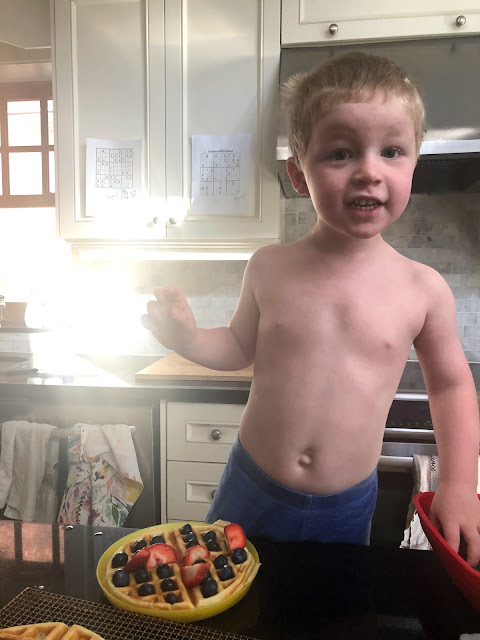 and then we got on our bikes and rode on the Lakeshore again, since it was again closed to cars.  It was such a beautiful day!  We explored parts of the waterfront we had never seen before. 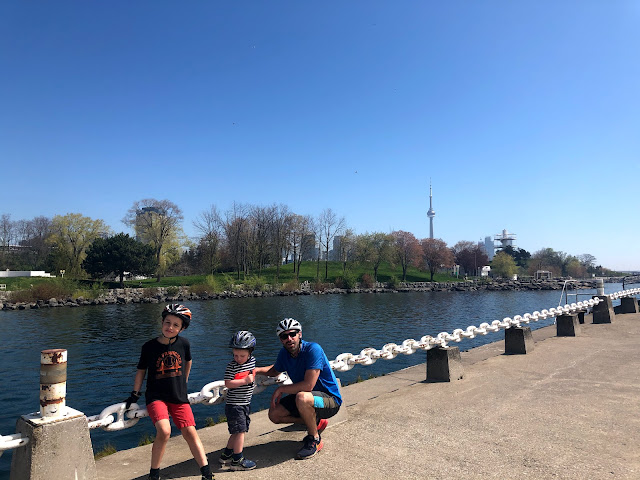 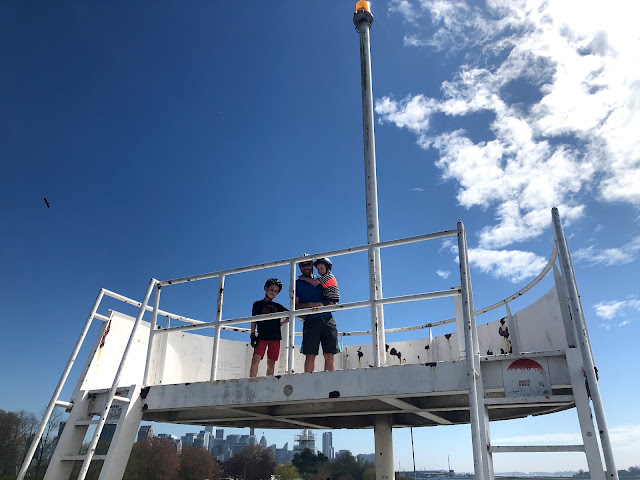 And then stopped for a picnic. 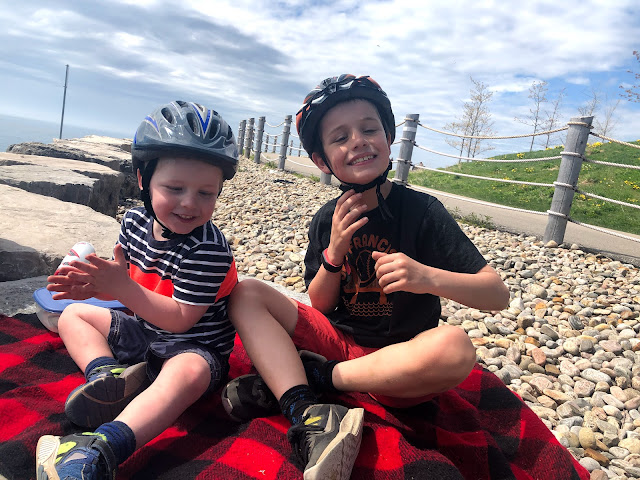 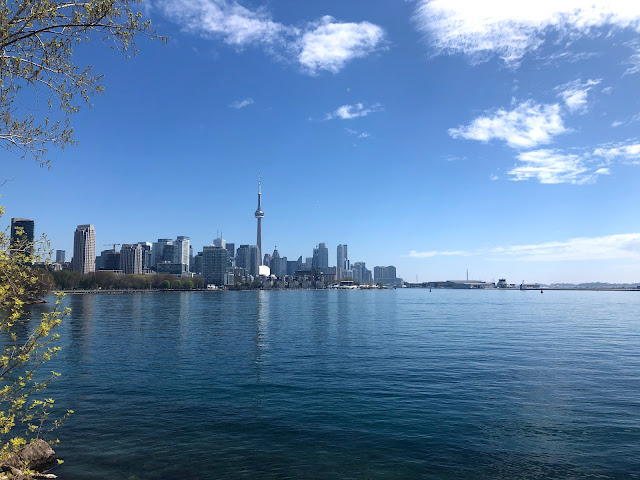 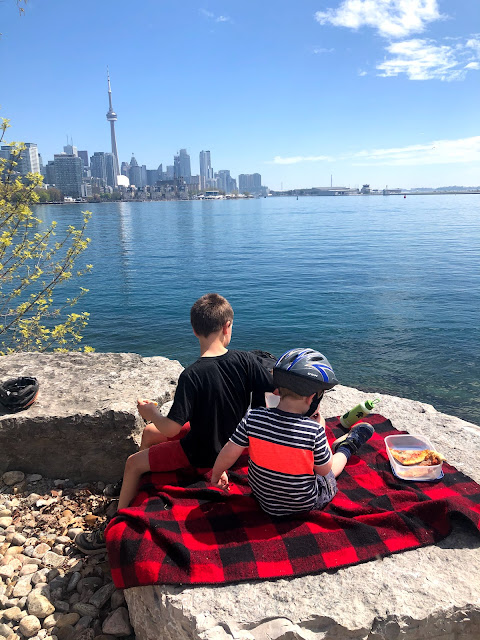 After we got back, Q wanted to ride his own bike so we went up to the parking lot.  He actually wanted to play there for a long time and I was fine sitting in the shade. 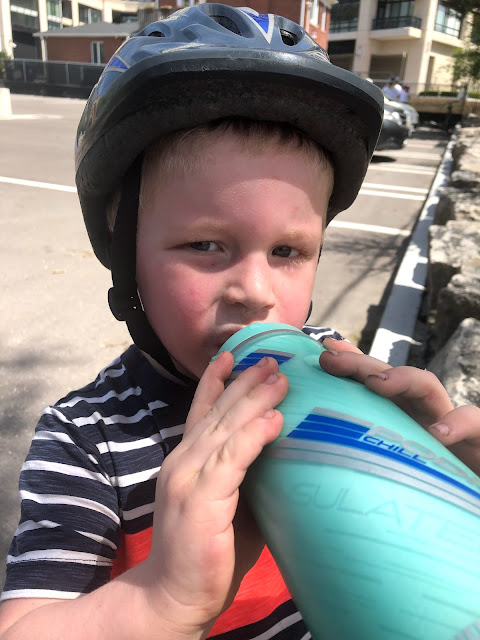 Then he played in this dirt pile and got absolutely filthy. 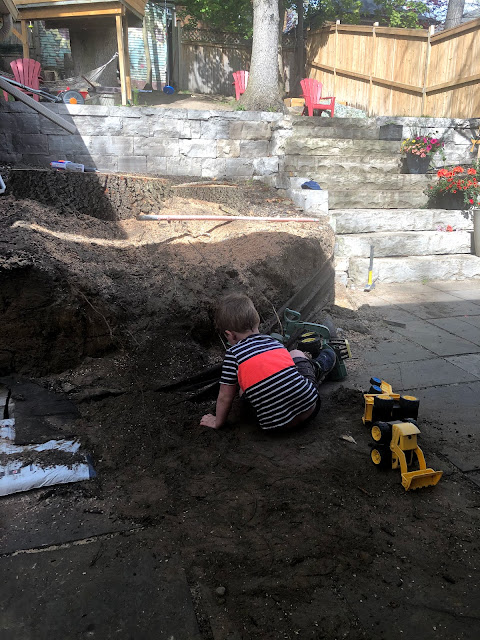 Dave and I celebrated our anniversary with this bottle of bubbly and some East Coast inspired eats from Stamp's Lane. 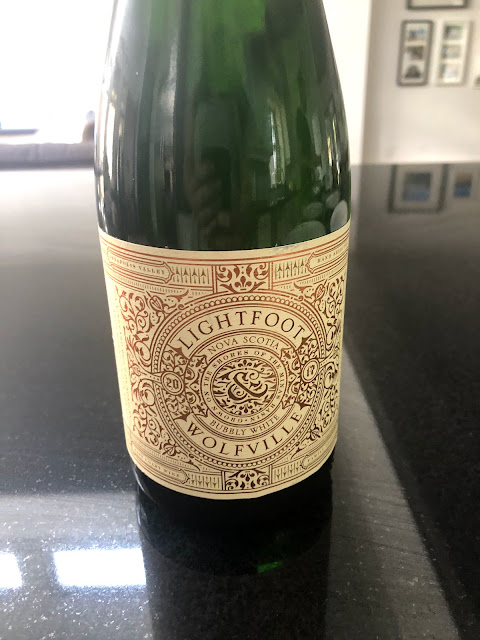 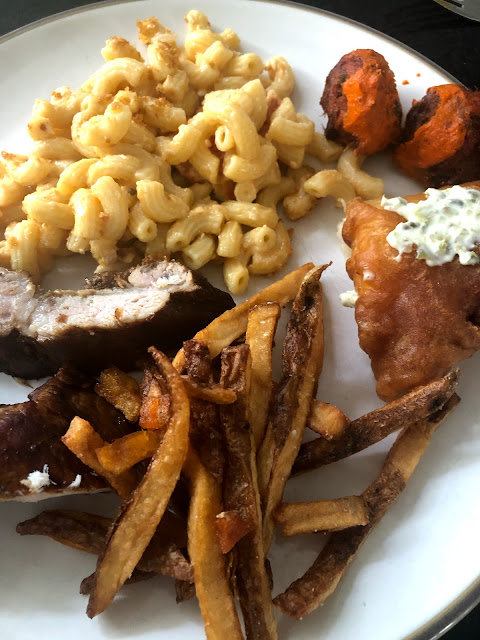 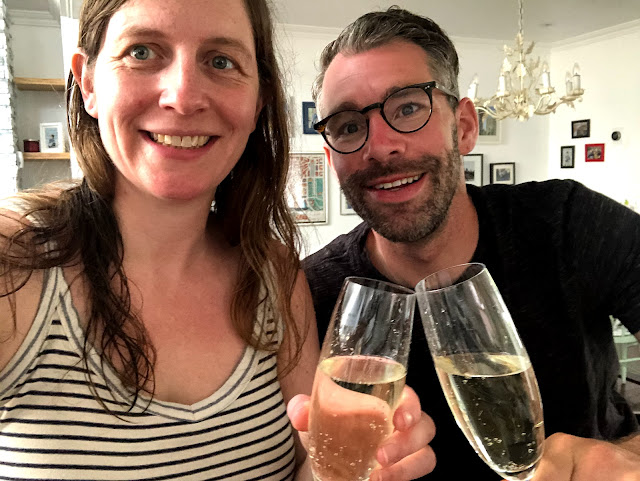 On Sunday I set about taking the duvets off the beds and putting the quilts on. I think the hot summer weather is here! 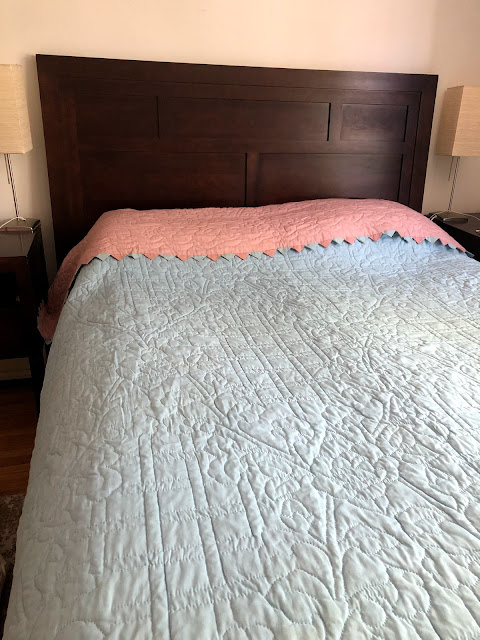 Then Q and I read some books in the tree house. 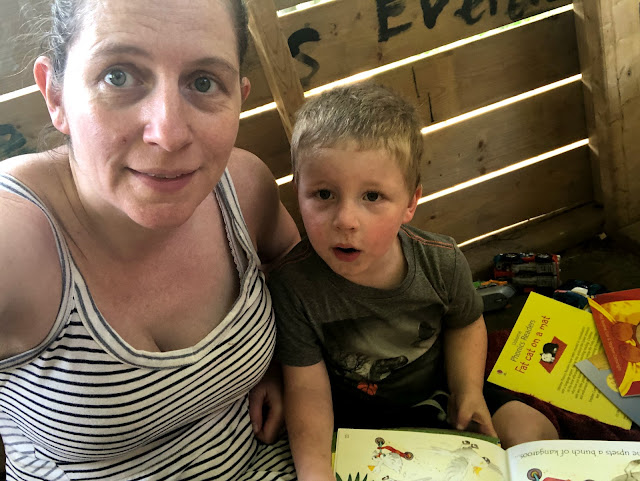 And then we got the water guns out 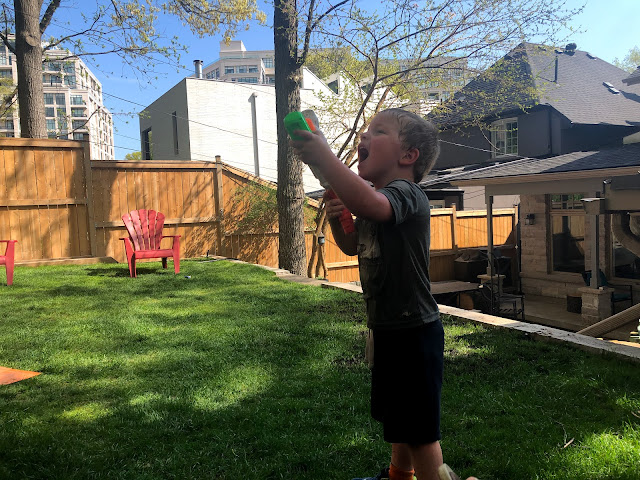 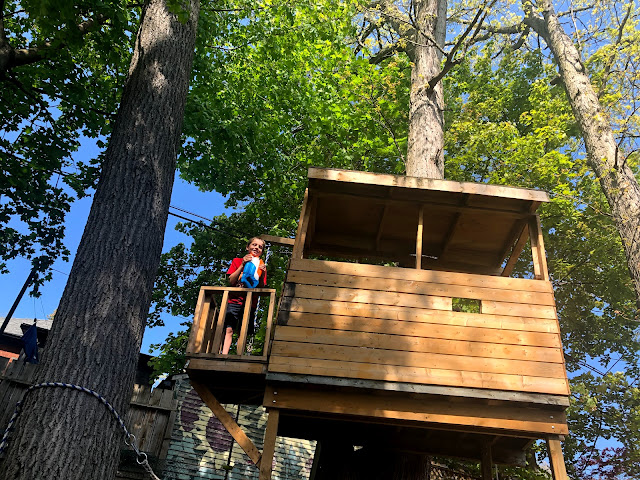 We had a few leftovers from the night before for our supper, but there were still room for snacks, like this big cookie... 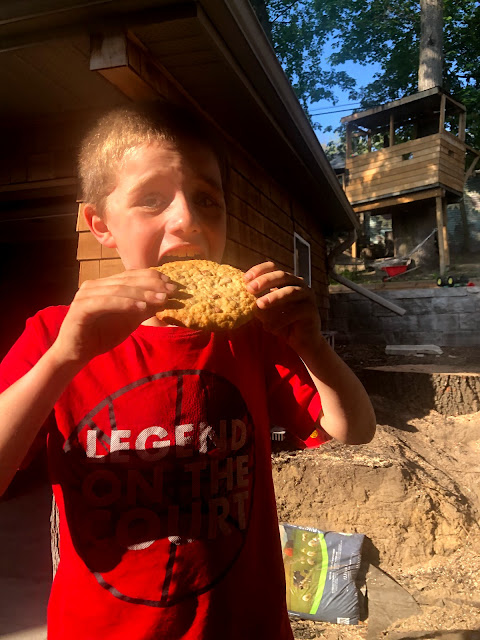 ...and some cheese and crackers. 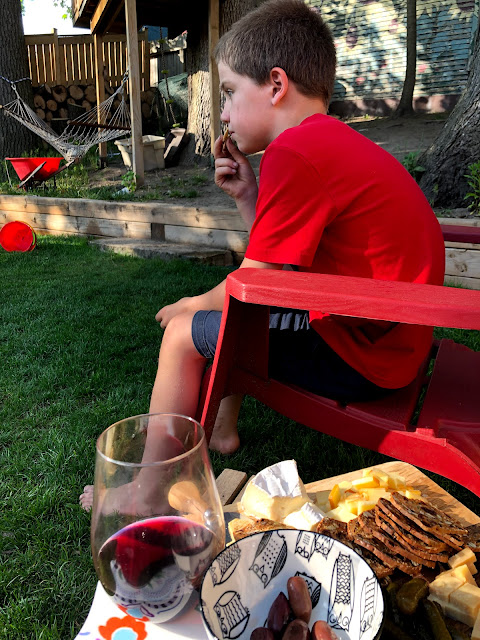 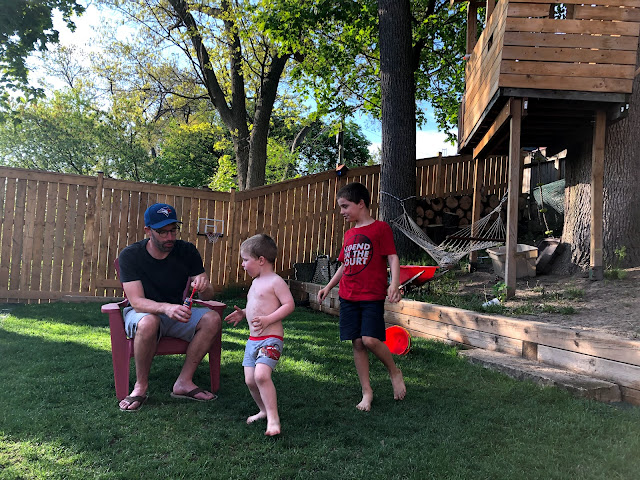 We sat outside for a bit after the kids went to bed. 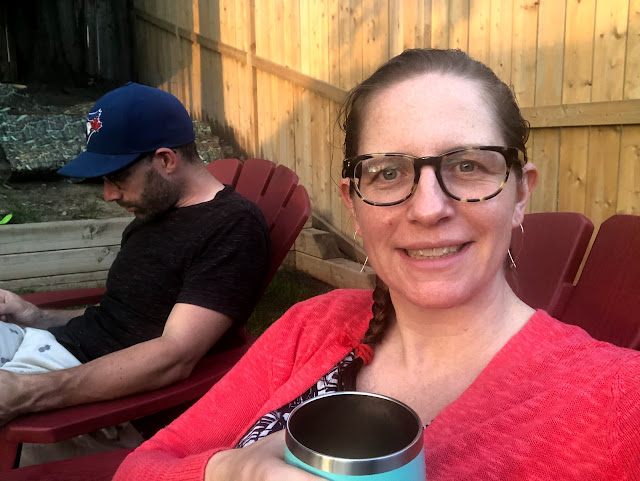 And then went to bed, a successful weekend!