I have three books for you today, all very different.

First up is American Dirt by Jeanine Cummins. This was on my reading list for 2021. 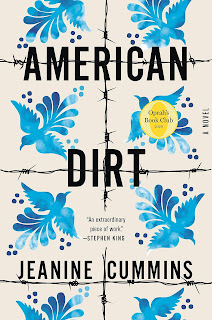 This book is about a mother and young son running from the cartel in Mexico, trying to get to the United States border.  They meet people along the way, good and bad.  I was captivated by the first chapter and read it quickly as I didn't want to put it down.  I am somewhat familiar with the cartel issues in Guerrero State (where the story starts), as my company does work there, but I don't think I could truly appreciate how deep that goes until reading this book.  I know that people coming to the border from Mexico and Central America is a hot topic in the United States and it elicits strong sentiments for and against.  I have always felt that if people were willing to make that journey and take the chance, then they were doing it for a good reason, but the reasons are well detailed in this book and it really does make you think about the real problems people are facing.  I would hope that someone reading this who was on the 'against' side may see these migrants as real people who deserve a shot.
Now, after reading the book, I looked up a bit about it and then heard about some of the controversy around it and the author.  There are some issues with the fact that the author is white with no ties to Mexico that indicates some appropriation of the culture, and that the story would be better told (and has been better told) by Latinx writers instead.  There are also people that take issue with the stereotypes that she includes in the book.  If I had known these things before I started reading, it's likely I would have felt differently.  As with most things, I think if this is your only source of information about Mexican migrants at the US border, then you need to do more reading, especially by writers from the countries where these migrants are travelling from.  That said, I think it does a good job of showing the individuality of the people arriving, and illustrating the dire situations that people are escaping from.
Update - Here is a link to a site that lists other books to read instead of American Dirt, ones that tell the same story but perhaps in a more genuine way and written by Latinx voices.
The next book was I Am the Rage by Dr. Martina McGowan. 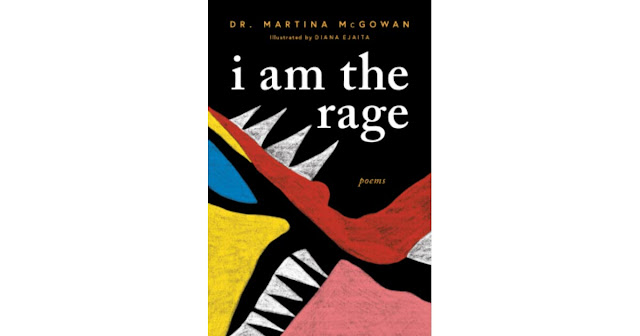 I never pick up books of poetry but I thought I would try something new.  This was one particularly timely with the Derek Chauvin verdict coming out last week.  These poems are written by a Black woman and they are about the current Black Lives Matter movement.  There is one called "Tale of Two Georges" about George Floyd.  I have not sat down to read this book cover to cover, and I don't think that is how one should read a book of poetry. Rather I have it on my desk and pick it up every once in awhile and choose a poem to read at random.  I have enjoyed the poems, written in free form, and very topical.  I challenge you to pick up a different type of book, maybe one of poems, and enjoy something you wouldn't normally read.
The last book is Is This Anything? by Jerry Seinfeld. 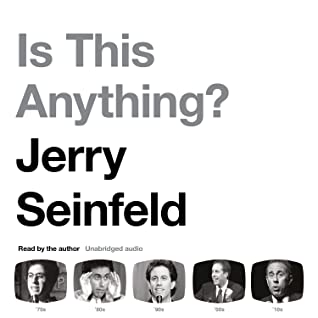 I am a big fan of Seinfeld so I appreciate his humour.  This isn't really much of a book, instead it's just a collection of all of his material since the 1970s.  So it's good to read and if you're a fan, you will like seeing his material, especially bits that you already know and love.