Dave and I were feeling a little achy on Friday after our vaccines the day before so we took it easy in the morning.  We had a successful school day to end the week and Q did some shapes and we read The Paper Bag Princess. 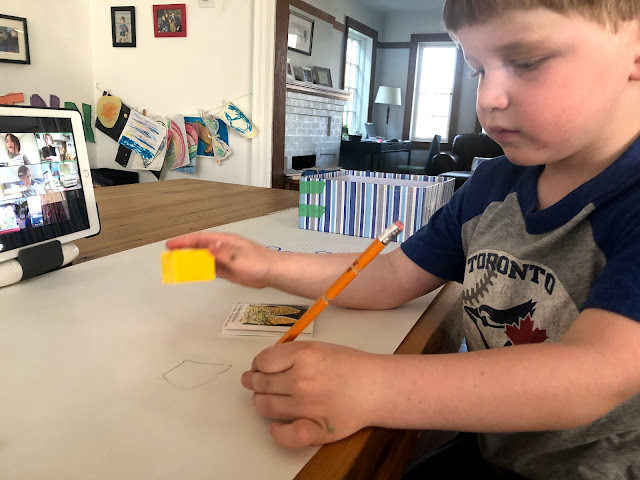 We ate our lunch outside.  I had our leftover Indian food from the night before and the kids had their lunch in their bento boxes.  Even though we aren't at school, I sometimes put their lunches in there as I find they will eat a few different things. 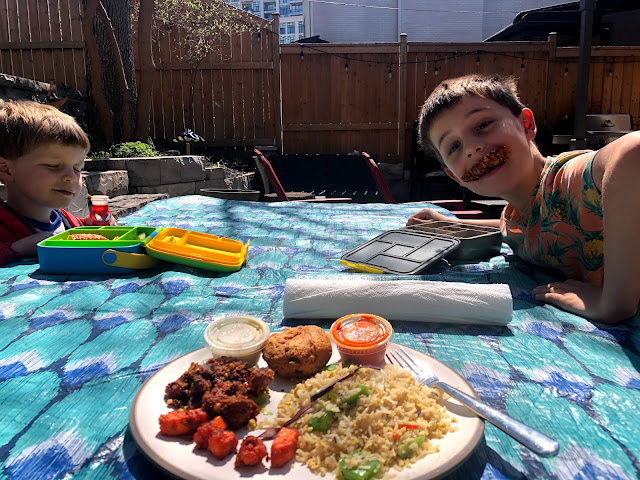 I went to Costco briefly (mostly to get chips) and to send a courier for work.  We had our pizza for supper that night and watched a of TV before trying to head to bed early.
On Saturday morning we were feeling better.  I cleaned the bathrooms while Dave went for a run.  After I was done cleaning I did a Beyonce Peloton ride.  It was a fun one! 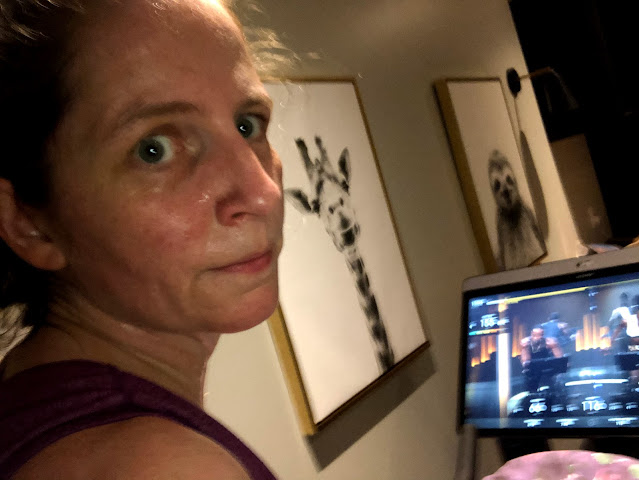 After lunch we set up the new feature for the backyard, a golf ball hitting net!  With the driving ranges and golf courses closed, we need to have a way to practice.  It's fun for the whole family (with only one wayward ball!). 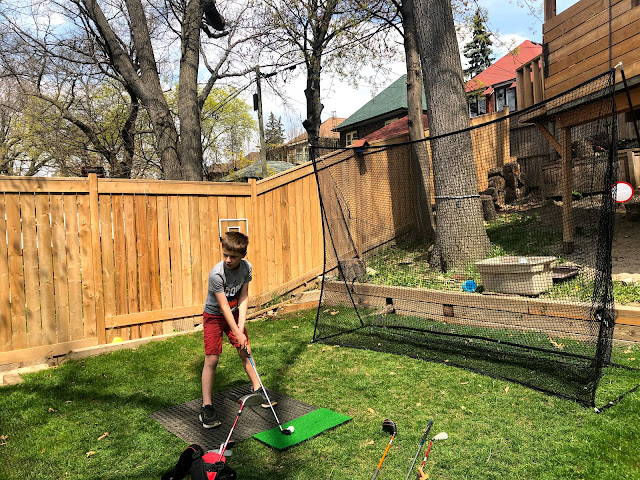 We also took a walk to get some meat for supper.  I left E in line to get his own Booster Juice while I went across the street.  He's at the end of the line counting his money. 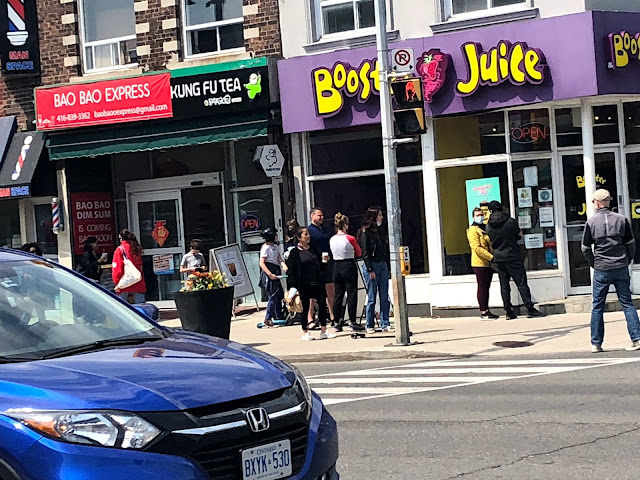 When we got back we decided to walk and get an ice cream cone. 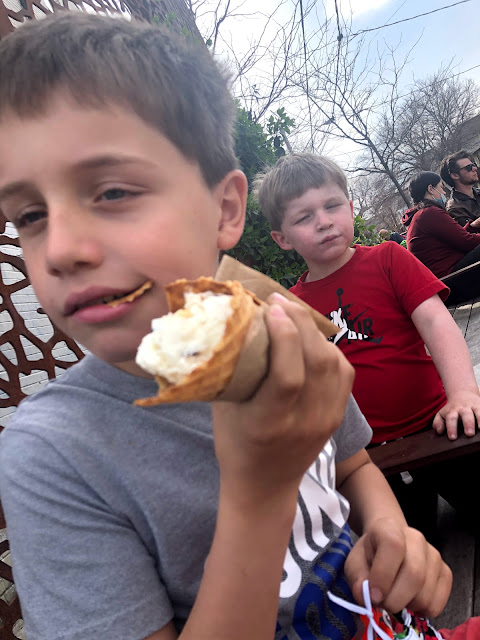 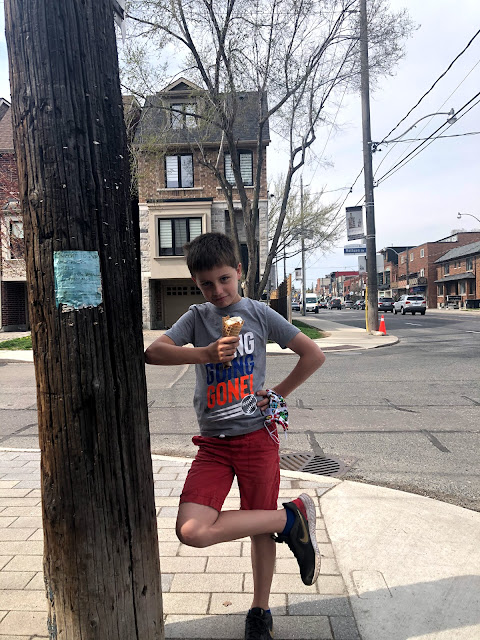 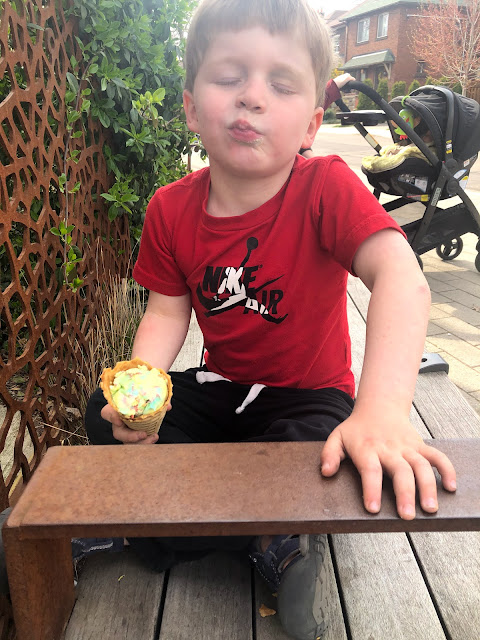 We came home to eat supper and then decided to put the Blue Jays game on our screen. 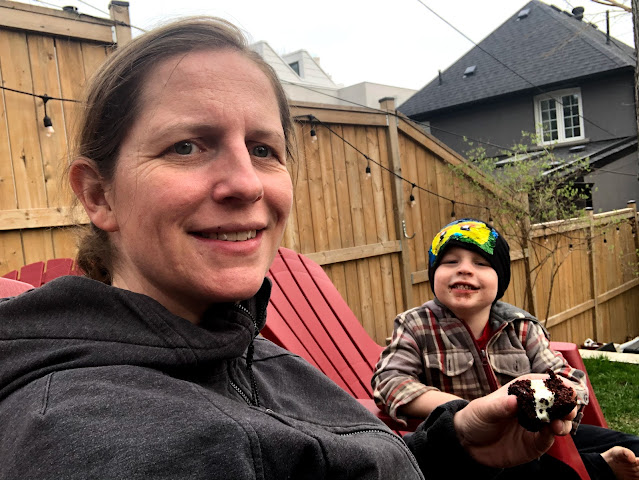 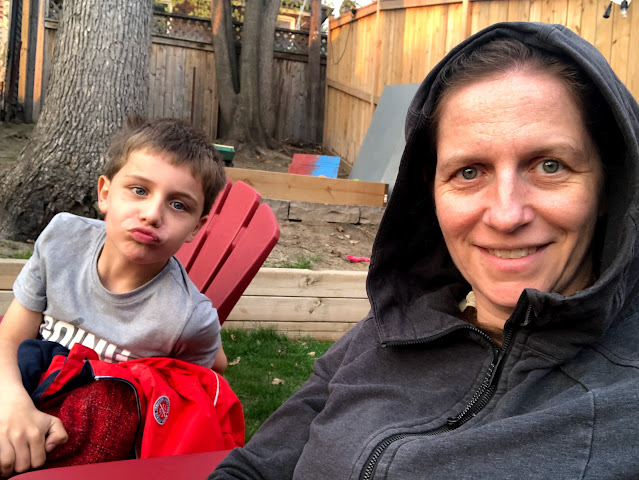 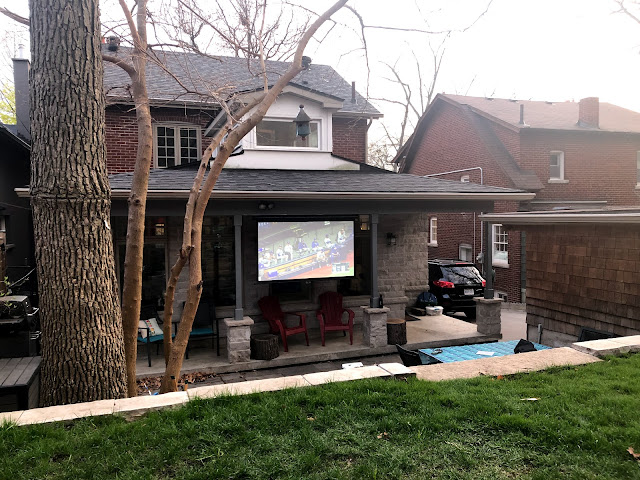 On Sunday morning we watched a few movies and did some tidying up.  Q's teacher had sent some simple science experiments for us to try, so we did a few of those. 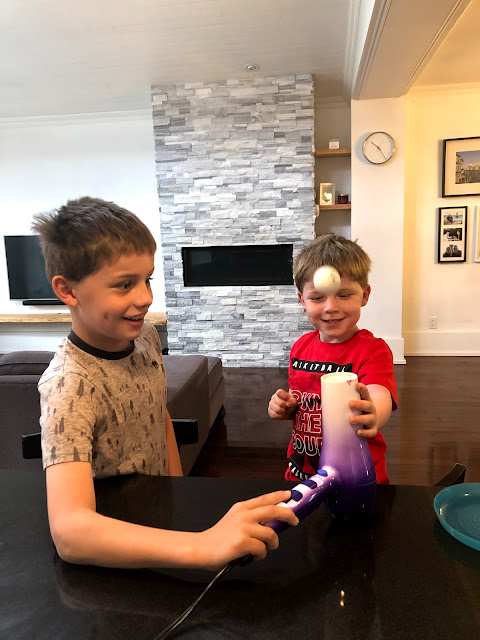 More golf in the afternoon and we had the Blue Jays game on the speaker (we tried putting it on the screen but it was too light out and also windy). 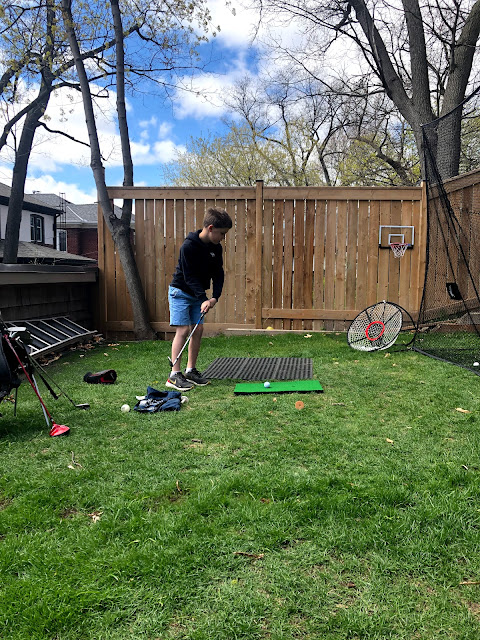 We are re-watching Ted Lasso so I was inspired to make a batch of shortbreads (you'll know what I mean if you watch the show).  I added cardamom and vanilla and they were so good. 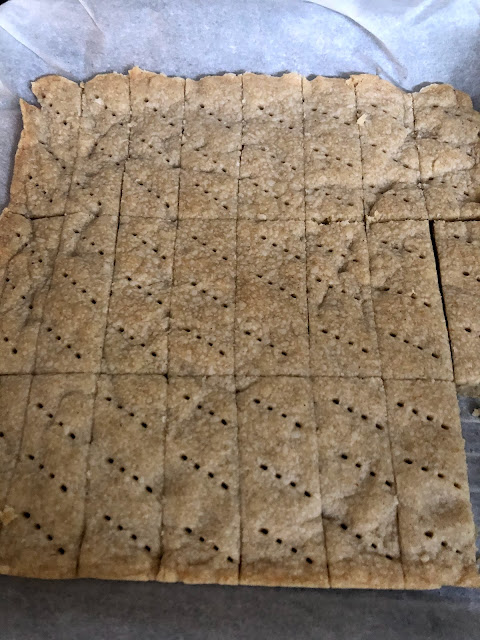 We watched a fun movie after supper, The Kid Who Would Be King.  It's based on the Arthur and the Knights of the Round Table story and E knows a bit about that from Trollhunters.  I watched the Oscars after that on delay so I was up pretty late.  It certainly was a muted ceremony as compared with year's past so I'm glad I had the ability to fast forward through some things.