We had a bit of normal week and had lots of fun.
E came to Q's soccer game with me. He was reluctant to go but did have fun and cheered his brother on. 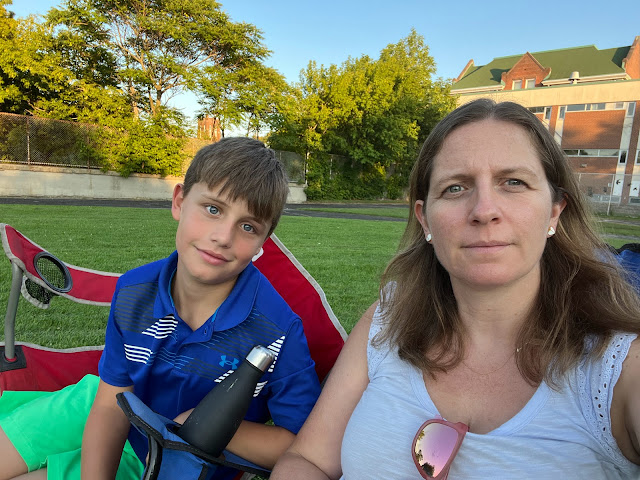 It also helped that I took them out for Blizzards afterwards. 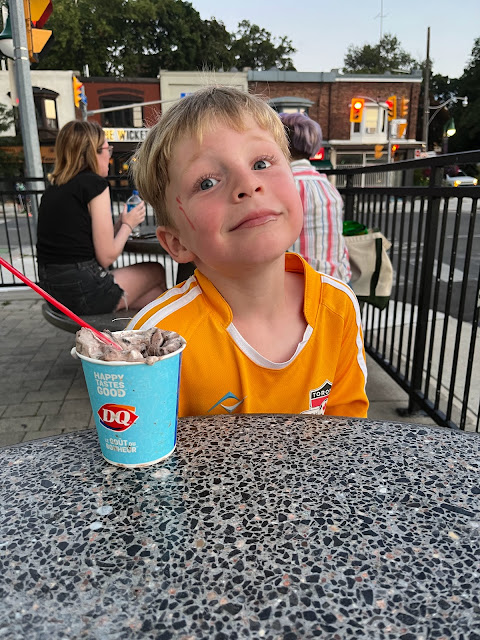 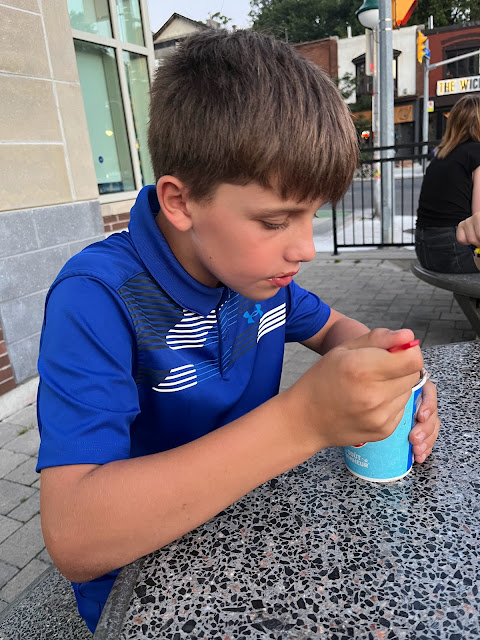 In my post earlier this month about cleaning I mentioned that much of the time our house looked "lived in" so I took this photo to show you what I mean.  Shoes everywhere, pizza boxes waiting to go out to the recycling, Nerf guns, hats and water bottles from camp.  Now, I did tidy this up after taking the photo, but this is life! 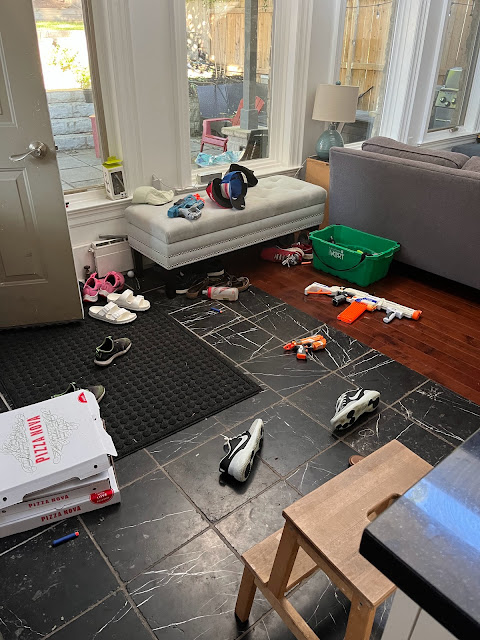 There was an Alanis Morissette ride on Peloton this week and it was so fun!! I knew the words to every song and even though I was out of breath, I was still trying to sing. 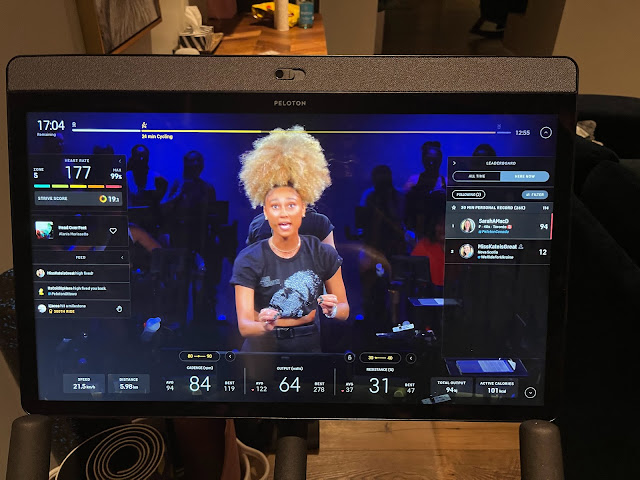 Good haul at the farmer's market this week.  The corn was so sweet! 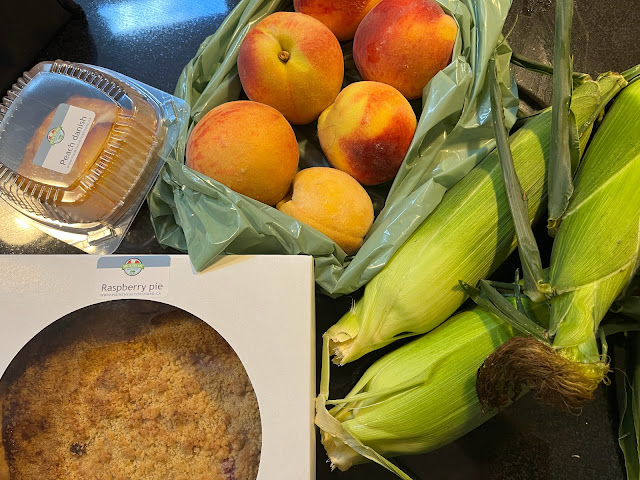 Q got his Chickadee magazine and found a muffin recipe and wanted to make it right away.  Since we had the four ripe bananas it called for, we made them. 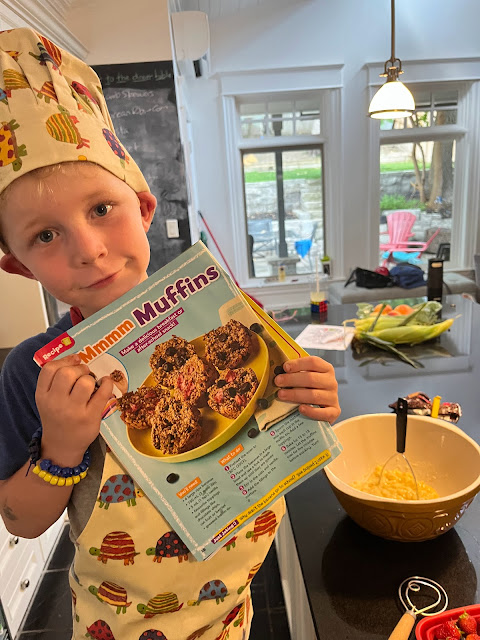 Last day of t-ball for the summer also happened this week.  A medal and ice cream - the best! 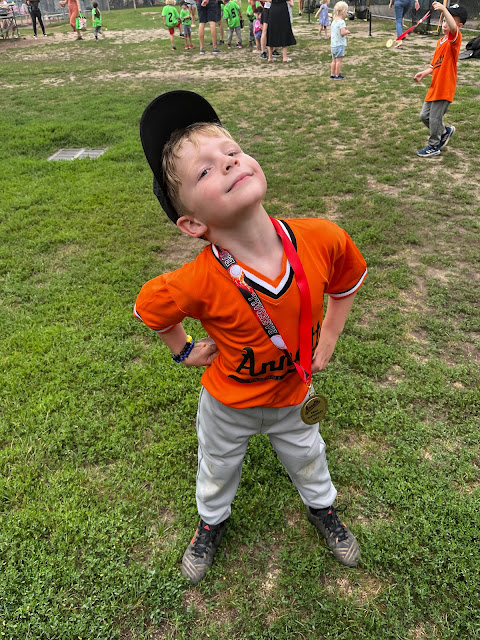 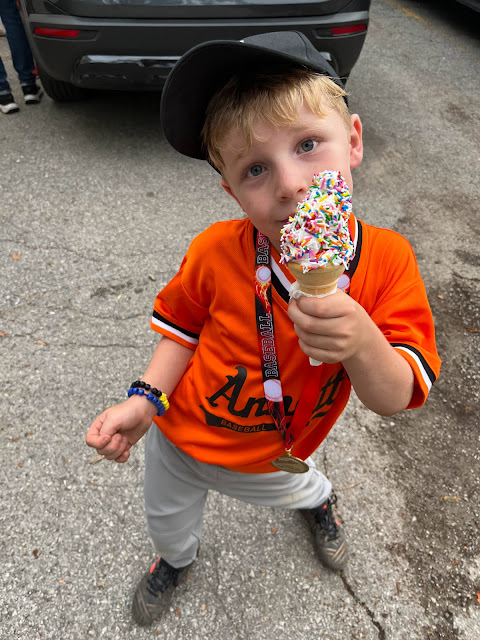 It was the last week of camp for the kids this week, they are going to spend time with Dave's parents next week, then camping, and then school!! Summer is wrapping up.
Linking up with Andrea and Erika.
Posted by TorontoSAM at 6:00 AM