I'm introducing a new series today - Media Wednesdays.  I don't mean the media, like newspapers, but rather media like TV, books, movies, etc.  I love pop culture and I thought I'd devote some more time to this interest here on the blog.

This week two of my favourite shows returned to television - Downton Abbey and The Bachelor.  Now, do you think you could find another website with a joint recap of these two shows? I doubt it (said in Mary Crawley's utterly unimpressed voice).

Rather than an actual recap, I instead plan to provide my observations from each show, you can watch them to see what actually happened.  There are likely some spoilers, so beware. 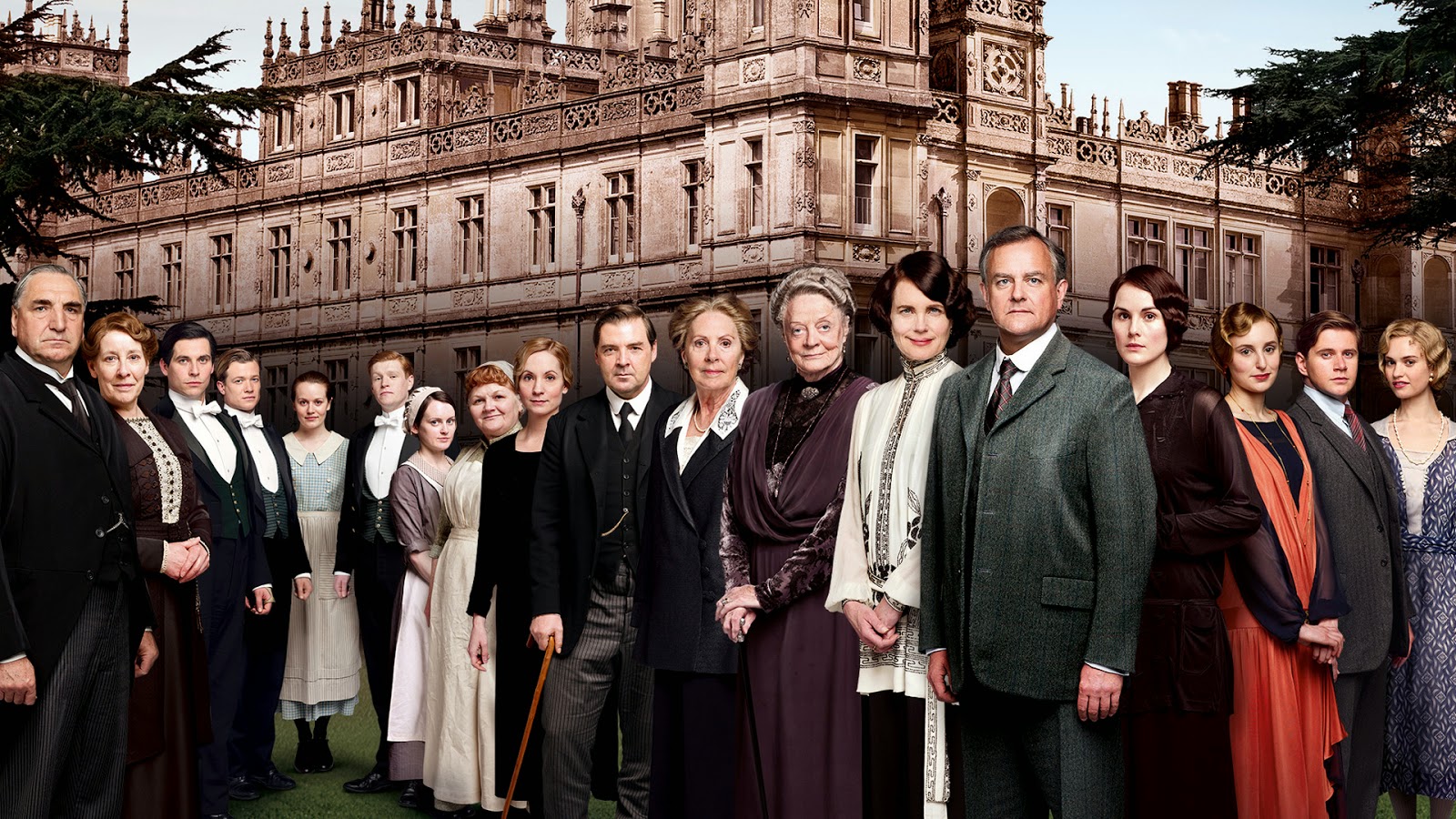 Just as some background, I only started watching this show this past year.  Why it took me so long to get into this show I'll never know.  It was practically made just for me - aristocracy, British accents, Maggie Smith (!), the backdrop of a war, servants - I mean really!

When I heard the theme music, I almost clapped, I was so excited that the show is back.

I'm not overly excited about Edith's story with the illegitimate child that she has given to the local farmer.  I know there must be something going on with Gregson, probably captured by the Nazis, so I'm sure he'll be back.

I love Tony Gillingham. I was so mad when Matthew died and thought it was terrible that he left the show, but now I'm over it.  Mary and Tony will make a good match, hopefully it works out for her finally.  Mary is one of my favourite characters so I'm always glad when she has some great lines with someone. 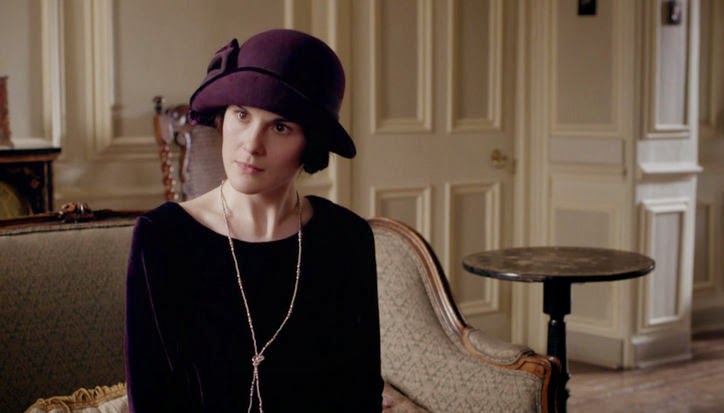 "I'm going upstairs to take off my hat."

The Dowager Countess's best line was: "Principles are like prayers.  Noble, of course, but awkward at a party".  So true. I mean, let's have a civilized conversation without messing about in politics, morals, and religion.

The comic tragedy of Molesley is surprisingly amusing.  At first I thought it was just kind of filler but I've grown fond of Molesley and now that he has a bit of a friend in Baxter, then I appreciate his bits more.  Of course he tried to dye his hair, and of course it didn't help at all.  "Mr. Molesley, you look very Latin all of a sudden."

Tom! I love Tom.  I'm not a fan of this teacher woman, but I suppose he has to move on from Sybil some time.  I was so mad about that stupid lady's maid that tried to weasel her way into his life.  He was well rid of her.

The size of the cups of coffee are ridiculously small. I guess coffee was a bit of a luxury in England especially compared to tea, but I couldn't handle it.

I was glad they got the fire over with quickly.  I saw it in the preview and I was worried they might string it along for too long.  Sometimes Robert can seem a little lost, but he definitely took charge with the fire.  I don't know how that fire department got their so quickly, very impressive response time.

And now for something completely different: 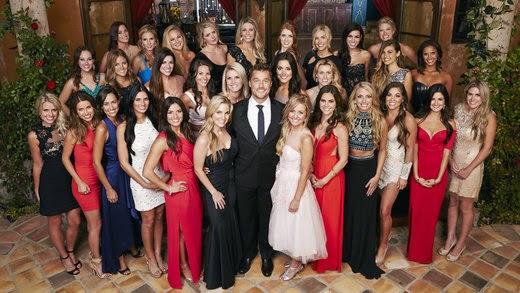 (In the spirit of the Bachelor, the following comments will be very "judgy")

I have been an unapologetic fan of Bachelor Nation for some time now.  I know it is ridiculous but they have embraced the cheesiness and they own it.  I mean really, a red carpet?  And let's trot out the stars Sean and Catherine (who I love by the way!), but why is everyone else there, and creepy Chris from Emily's season?  Go away already!  I guess they need to bring everyone together every once in awhile to create drama for the next Bachelor in Paradise season.

And cue the farming and love analogies and puns.

Britt is too skinny.  Her backpack was wider than she was, and I think E has the same one.  Also, what was with the crying?  She does seem sweet though.

Jillian will never make it in Iowa.

Amanda, red flag! Doesn't like to cook or clean, she wants to a parent, not a husband.  You have to be partners, not be waited on hand and foot.  "You're super hot, and let's have a great conversation!!"

Whitney, I cannot handle her voice. But bless her heart, I think fertility nurse is a very noble profession.

I like Kelsey, plus she has the tragic story so she will be a fan favourite.

(by all means, Deanna, bring your toddler to The Bachelor Red Carpet, good call)

Megan.  I think he's taken with her, I'm going to rank her high.

Ashley I.  She seemed a little drunk right out of the limo.

Tara is a "Sport Fishing Enthusiast"?  Does that mean she is otherwise unemployed?

Kaitlyn.  She calls it a "sense of humour", I call it trashy.

I'm not sure why everyone was so surprised and angry when more girls showed up.

Becca is good looking.  I think it's interesting that she is wearing the highest heels and is a chiropractor's assistant.

Alissa. I think she's supposed to be cute, but I can't handle it.

Carly who sang karaoke.  I have been on a cruise, there are people that are literally "Cruise Ship Singers" and they aren't actually employed there, they are just customers who love doing karaoke.

I think Chris seems like a genuinely nice guy, with just the right amount of dorkiness, so I really hope this works out for him.  The Bachelor Franchise has stepped up its game lately (with the exception of Juan Pablo). 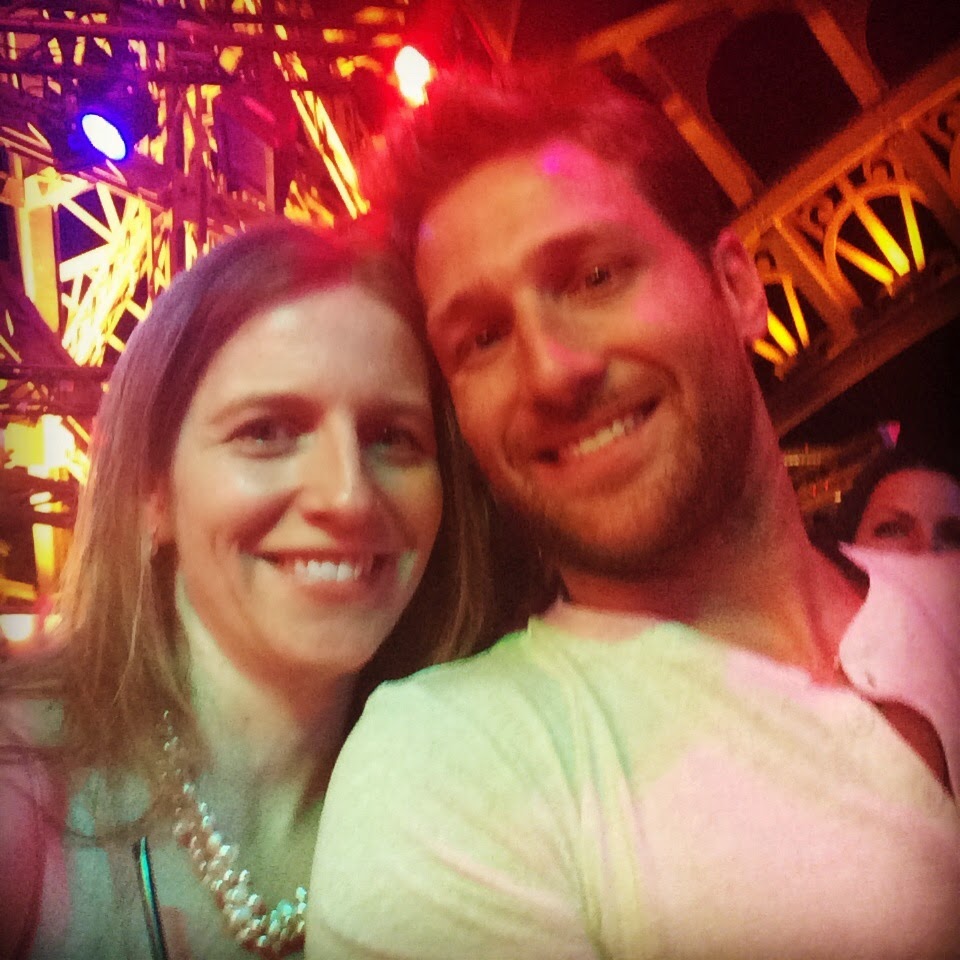 Can't wait for this drama filled season, I can only imagine it will contain the most [insert superlative here] rose ceremony ever!!!