For my book club this month, we read Gone Girl. I read it quickly and then watched the movie.  If you haven't seen or read this, but want to, I'll try not to give anything away, but I probably will, so you may not want to read this. 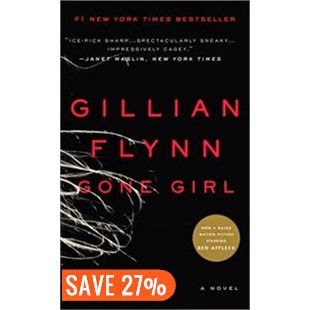 I remember seeing the previews for this movie a few months ago and I could tell it would be a movie I'd be interested in.  The premise of a missing wife with the husband as a suspect is a familiar one (sadly), and (also sadly) it is often the case that the husband is responsible.  It is awful that our mind's immediately jump there, but it is a common occurrence.  Because the previews hinted that there was something more to this story, I then deliberately stopped watching previews or listening to anything to do with the movie, I prefer to be surprised, not really knowing the plot.  But I never got around to seeing it because I never get to the movies.

When we picked this book for our book club, I thought about seeing the movie first and then reading the book, but decided to read the book first instead.  Reading the first part of the book was very intriguing and I thought it was a really interesting way of telling the story.  And even though I could totally picture Ben Affleck as the lead character the whole time, I thought it actually worked.  The second part of the book was also really interesting and the story kept my attention for the whole thing.  In the end I'm not sure it was what I expected but I'm not sure it could have turned out any other way.

When I then turned to the movie, I wasn't as impressed.  Perhaps it was because I knew the whole story so all of the plot twists were expected.  I did really like the casting.  The sister, Margo, was really well cast.  Probably had I seen the movie first, I would have really liked it.  But I think if I'd read the book after seeing the movie, I wouldn't have appreciated the literary devices used by the author and could have been disappointed with that too.

So to sum up, if you like books, read the book, and if you like movies, watch the movie.  Not that you can't do both, but just know the second of the two may be a bit of a disappointment. 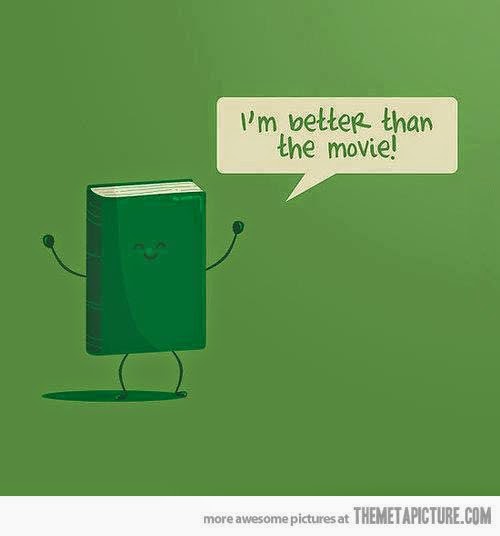