I didn't do a great job of documenting our weekend with pictures, but we did have a full weekend filled with friends and family - I'll try to do better next time.

On Friday night, I made this pizza. I didn't take a picture, but it did look just like the one from the recipe.  Making your own pizza sauce, this time from spinach and basil, is so easy and really elevates the flavour of the pizza.  By the way, it was nearly impossible to track down fresh basil last week, I went to at least four different stores, and finally ended up with a tube of pureed basil, and it was a fine substitution.

Dave went out on Friday night to watch the Raptors game at a hipster sports bar in the Junction.  It's okay though because he has new glasses and a plaid shirt, so he blended in well.  I had a productive night, did some cleaning, some blogging, and watched part of A Time to Kill, such a great movie. 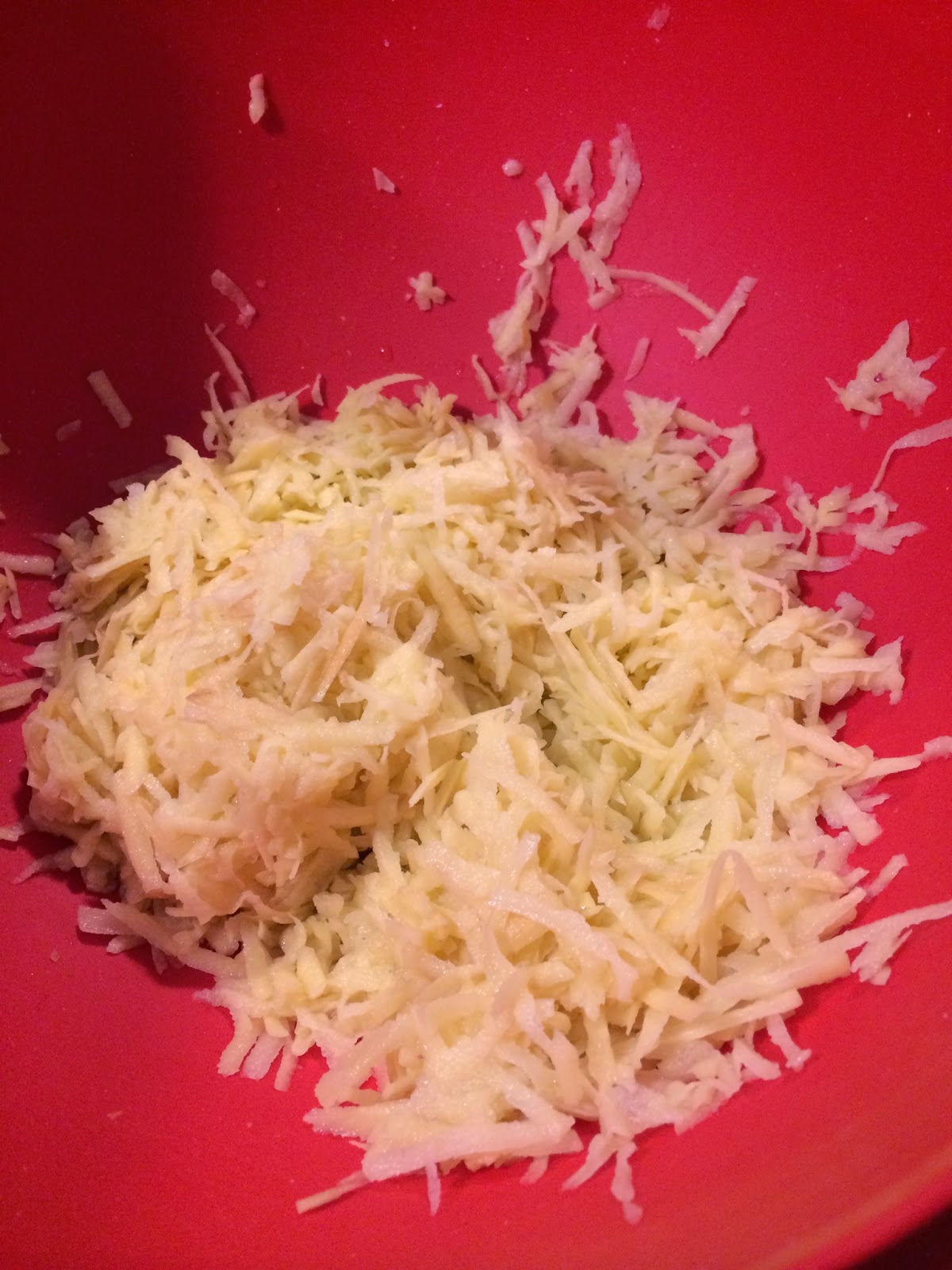 It did not come together as well as we would have liked, but I did salvage part of it to make my own version of the Charlotte Lane roesti.  Certainly not on the same level as Roland's, but he is from Switzerland so I'm pretty sure he can make them in his sleep.  (Charlotte Lane is a restaurant in my hometown and it is one of the best restaurants in Nova Scotia, no word of a lie.) 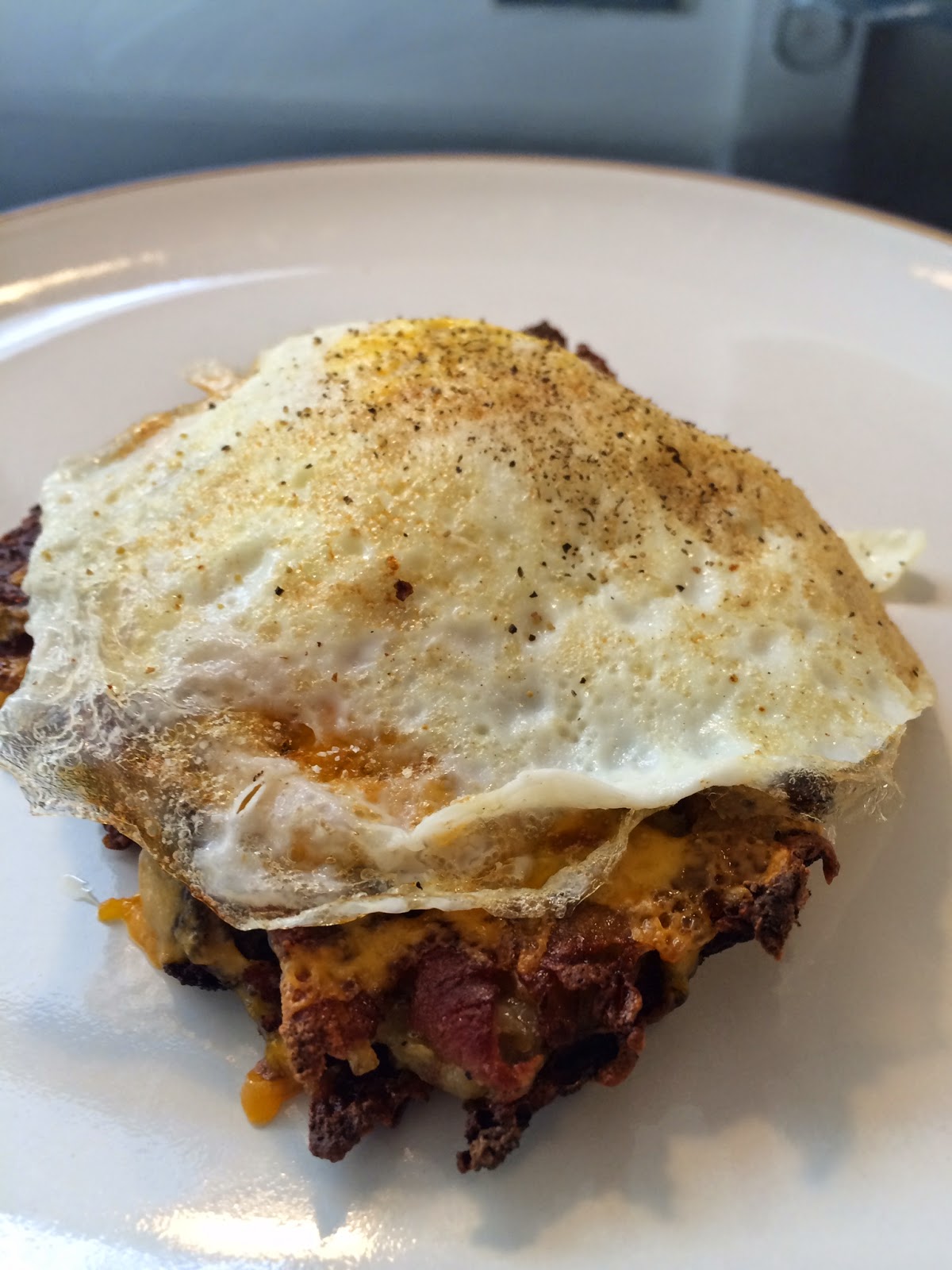 Then E and I were off to swimming. 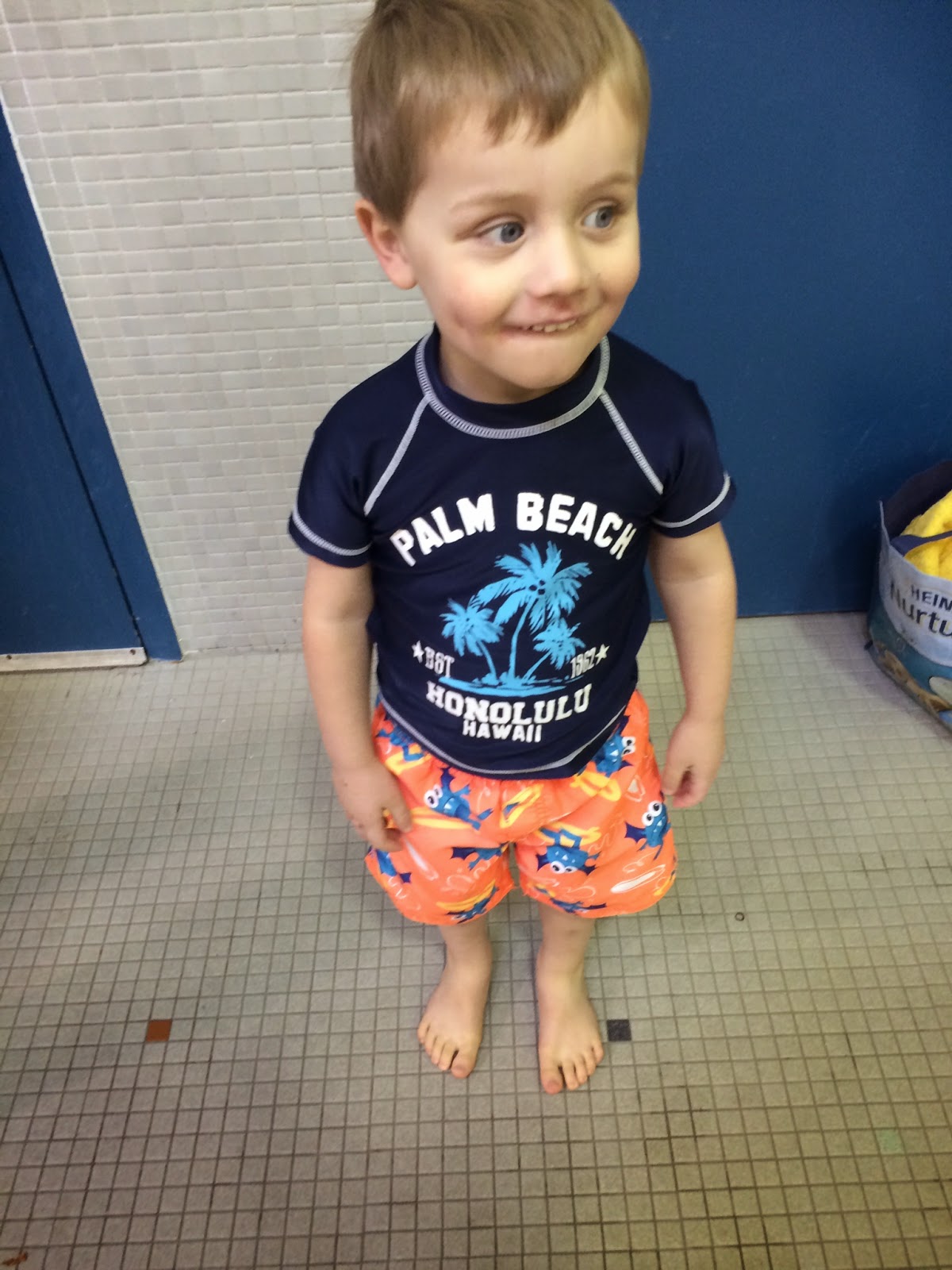 We did some errands down the street - bread, meat, produce, and a coffee (of course!), and then I did head to the actual grocery store for some other items.  I was happy that Vector was on sale. 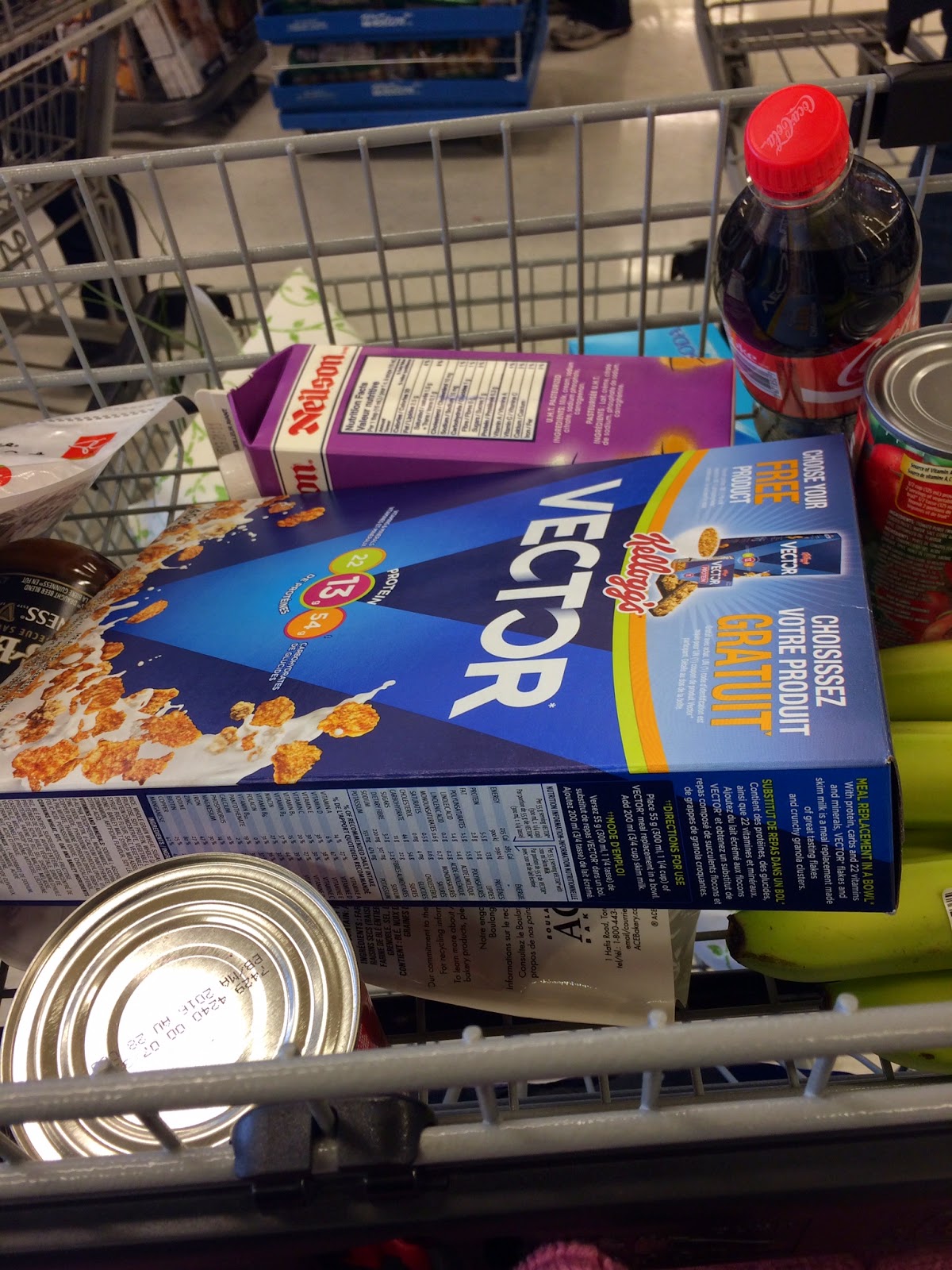 Dave's parents arrived late afternoon on their way home after being out west for Christmas.  I made chicken and dumplings and a fancy coleslaw (think belgian endive and radicchio rather than cabbage and carrots).  I also made this cake.  It too looked like the picture and tasted amazing! 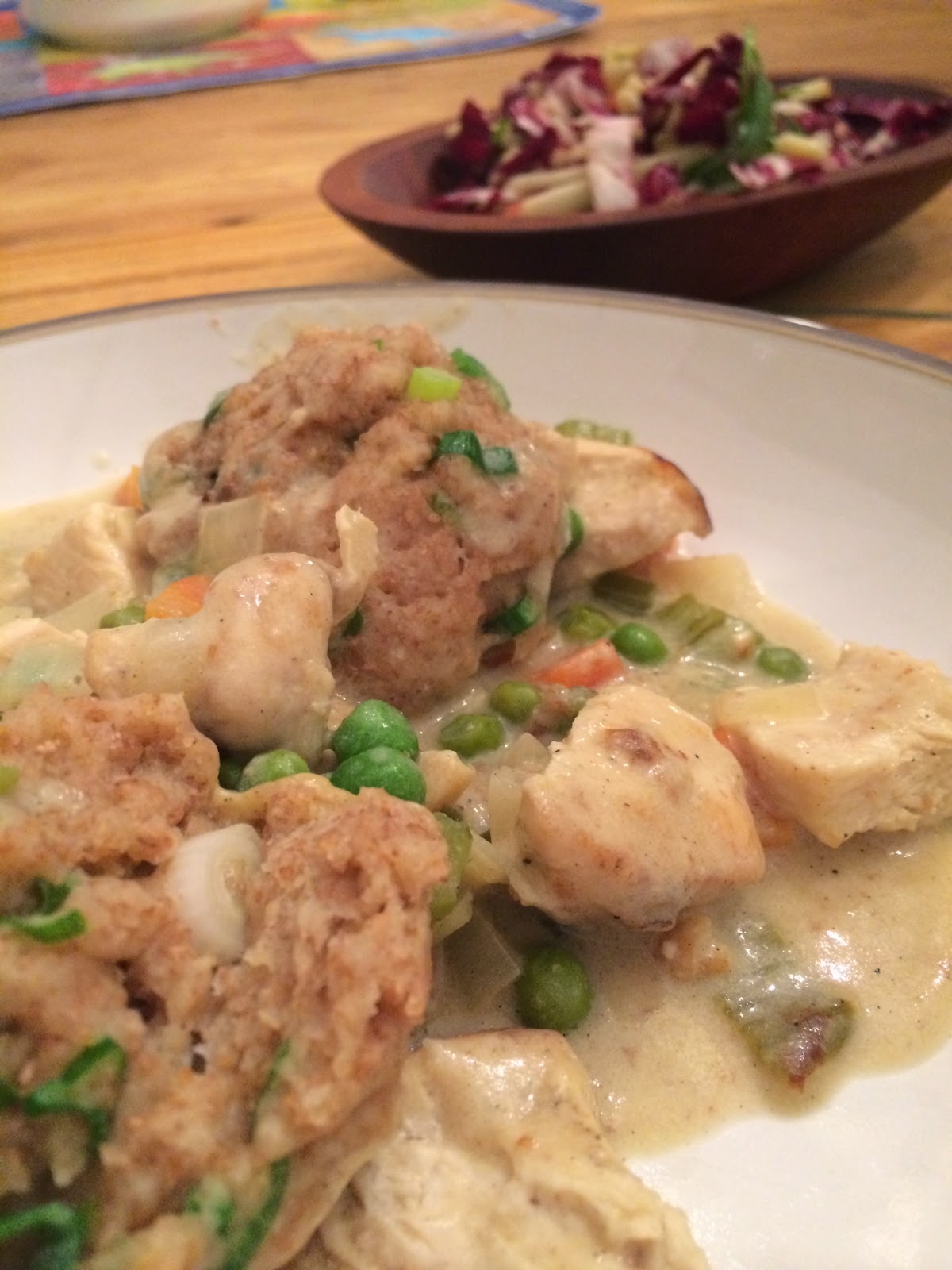 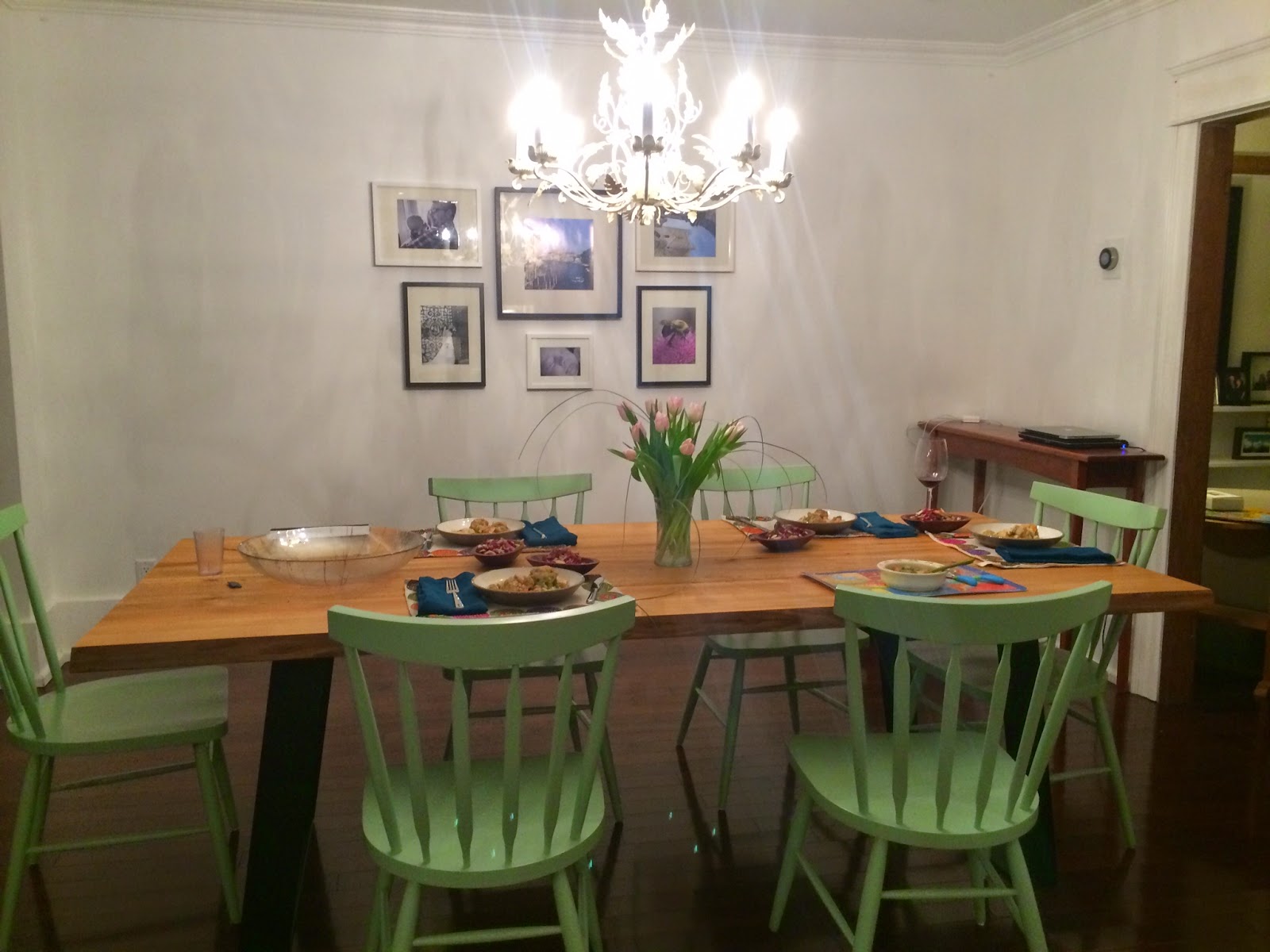 After E went to bed we watched Boyhood.  I took some selfies of Dave and I on the couch. 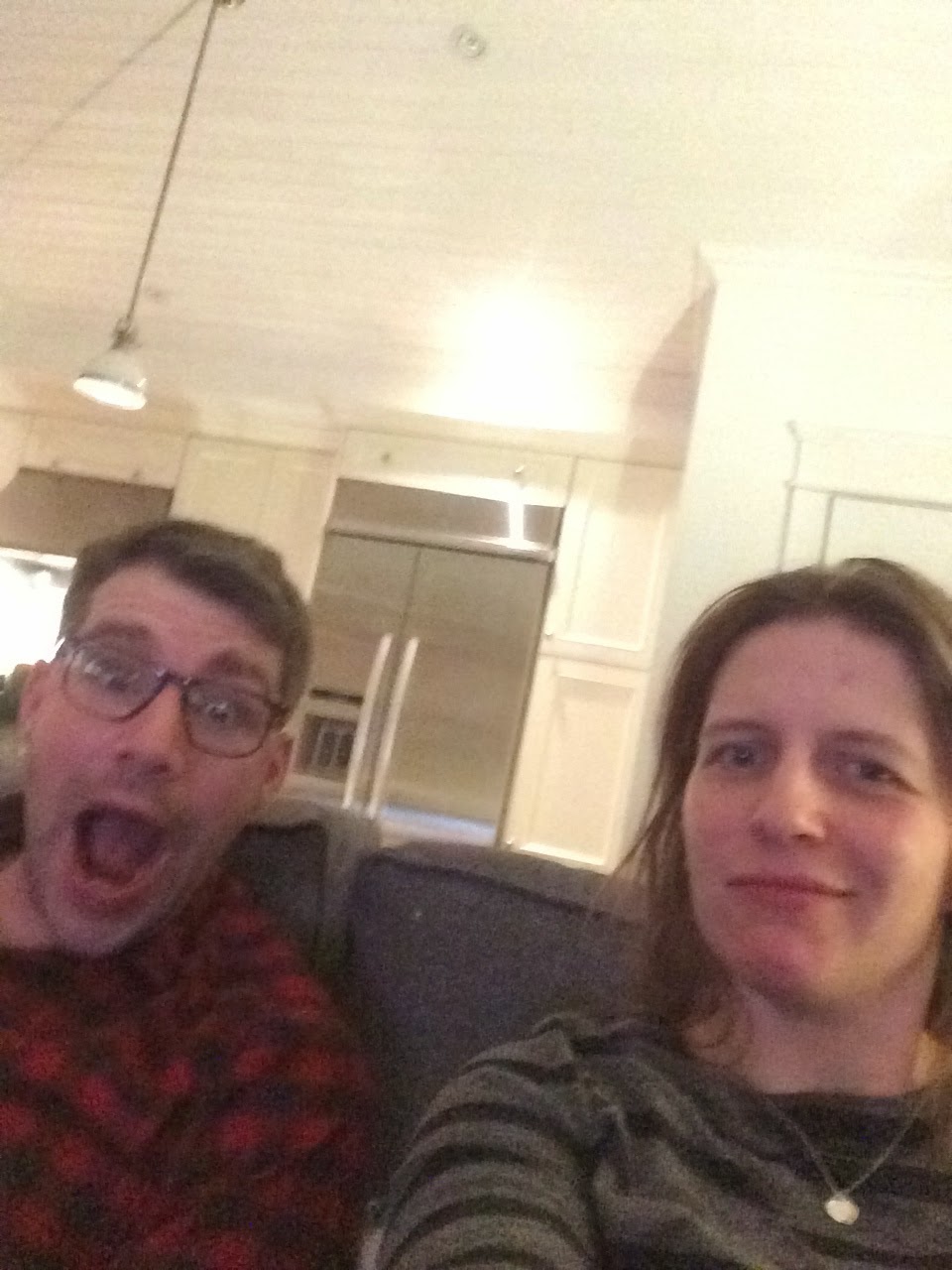 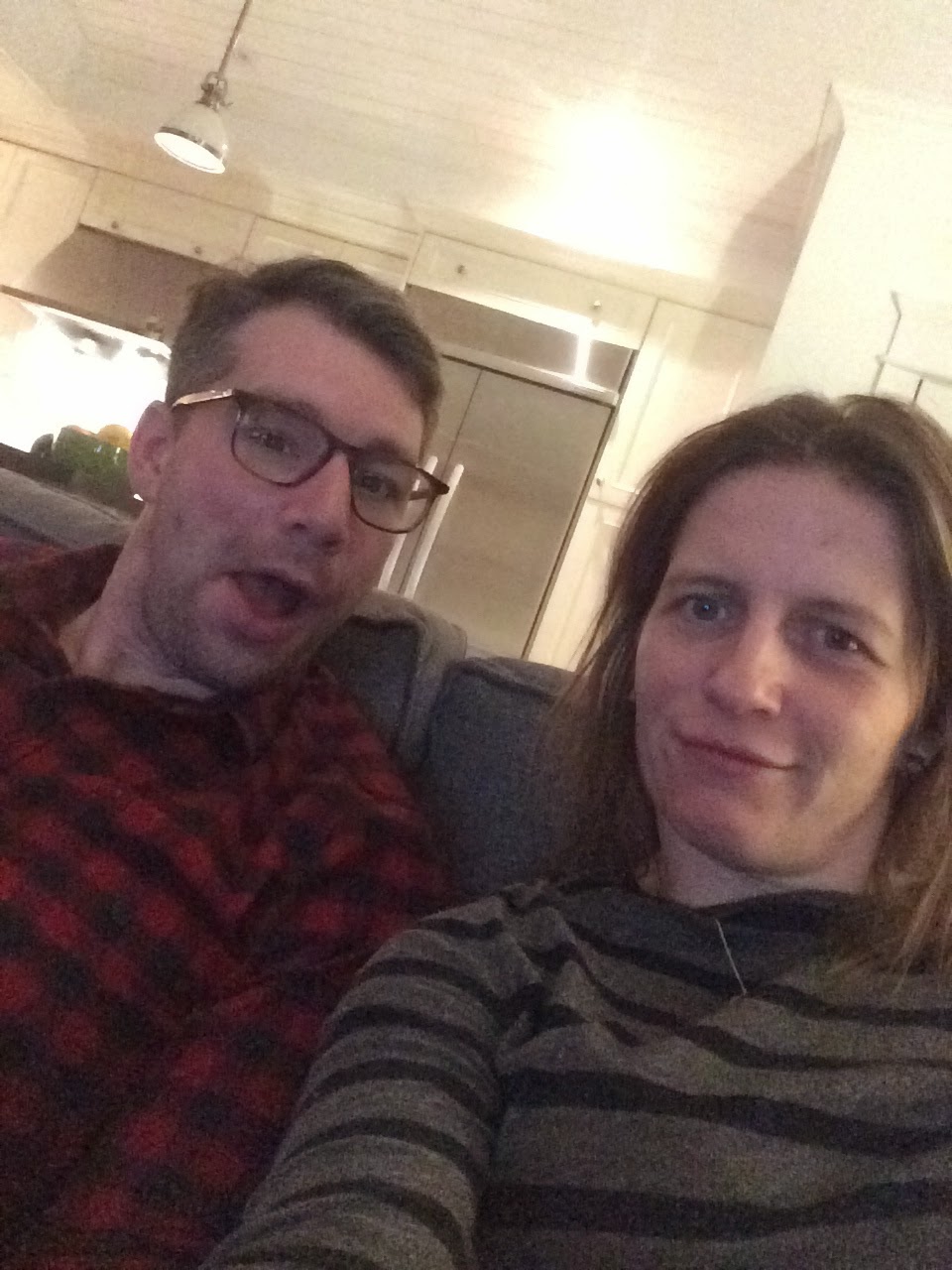 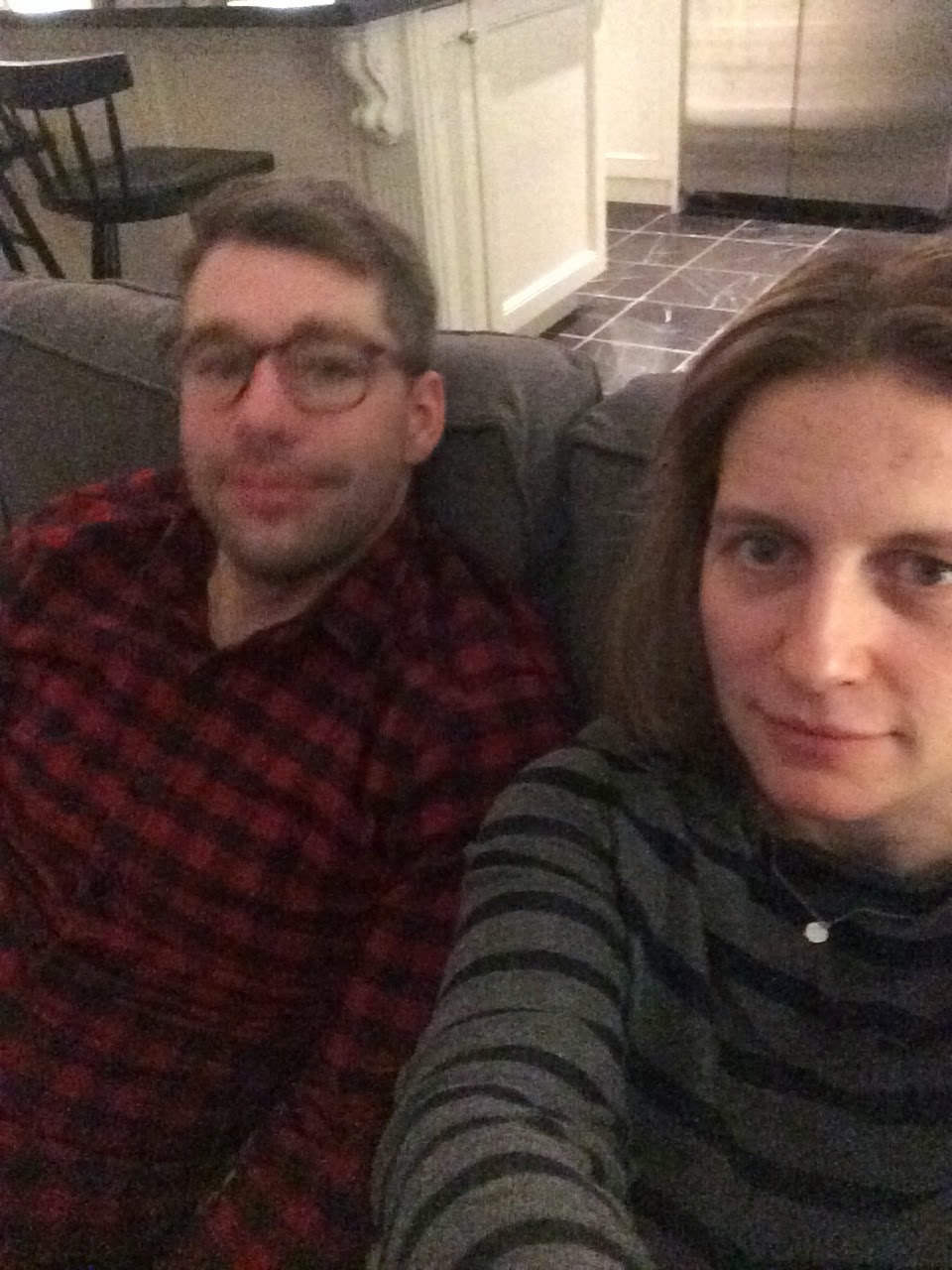 I really liked Boyhood, I haven't seen many of the other choices for Best Picture (aside from The Grand Budapest Hotel), but I could see that this could win.  I hope to catch a few more before the Oscars.

E and I went to church on Sunday. I was volunteering in the nursery but we were in church for the first part of the service.  The children always get their own bulletin (even those who can't read, like E), and a slip of paper with something on it that is their "offering".  This week it said "I am a disciple of Jesus".  When all of the kids were sitting at the front the minister asked "What sorts of things would a disciple do?"  The first kid said "believe in Jesus". And then E raised his hand and said "Shovel".  I don't know where he got that answer, but the minister was quick and agreed that disciples would do practical things like help others. I know I'm his mother but I do think it is quite remarkable that he is only 3 and already answering questions at church.  I was very proud. 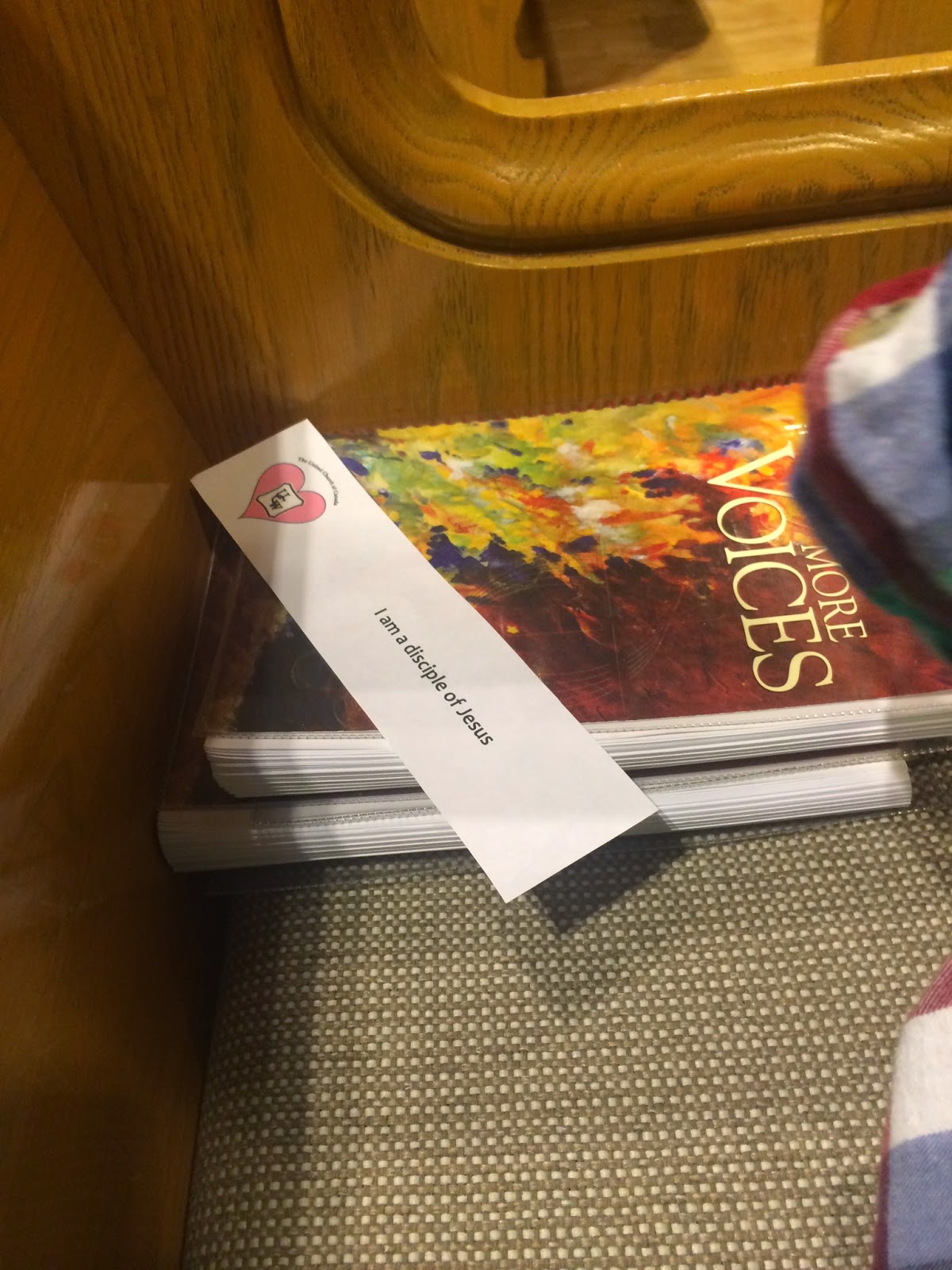 In the afternoon, I made muffins with my little helper. 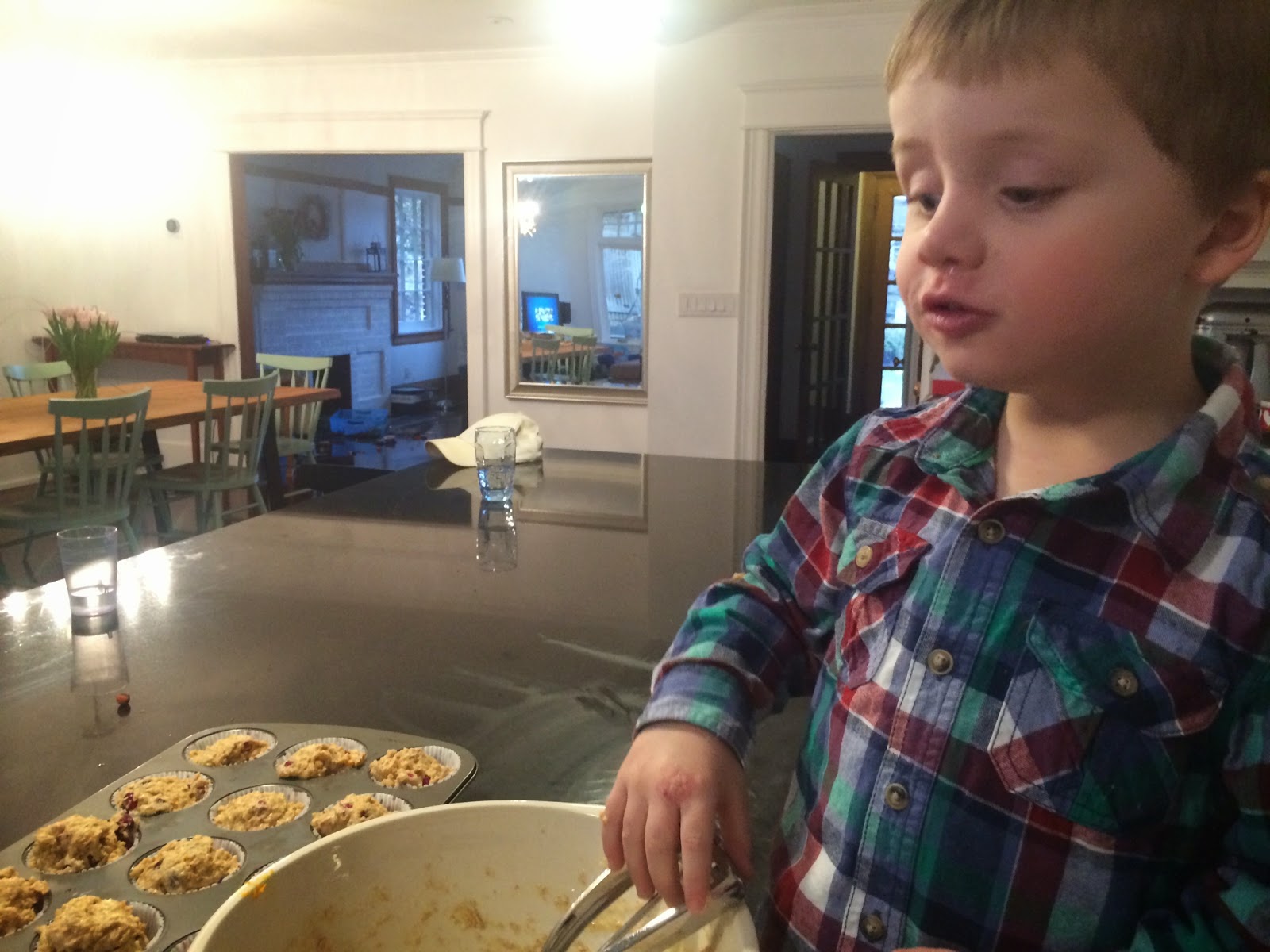 Dave went to the Raptors game, so we had some friends over for a playdate.  Then the boys came back and we had some dinner - pulled pork on buns, caesar salad and cake.

I don't want to talk about the Green Bay loss.

Some tulips I bought this weekend.  They are nice to brighten up the house but they do seem a little too "spring-y".  It is only January, and as much as I love summer, I am not really done with winter yet. 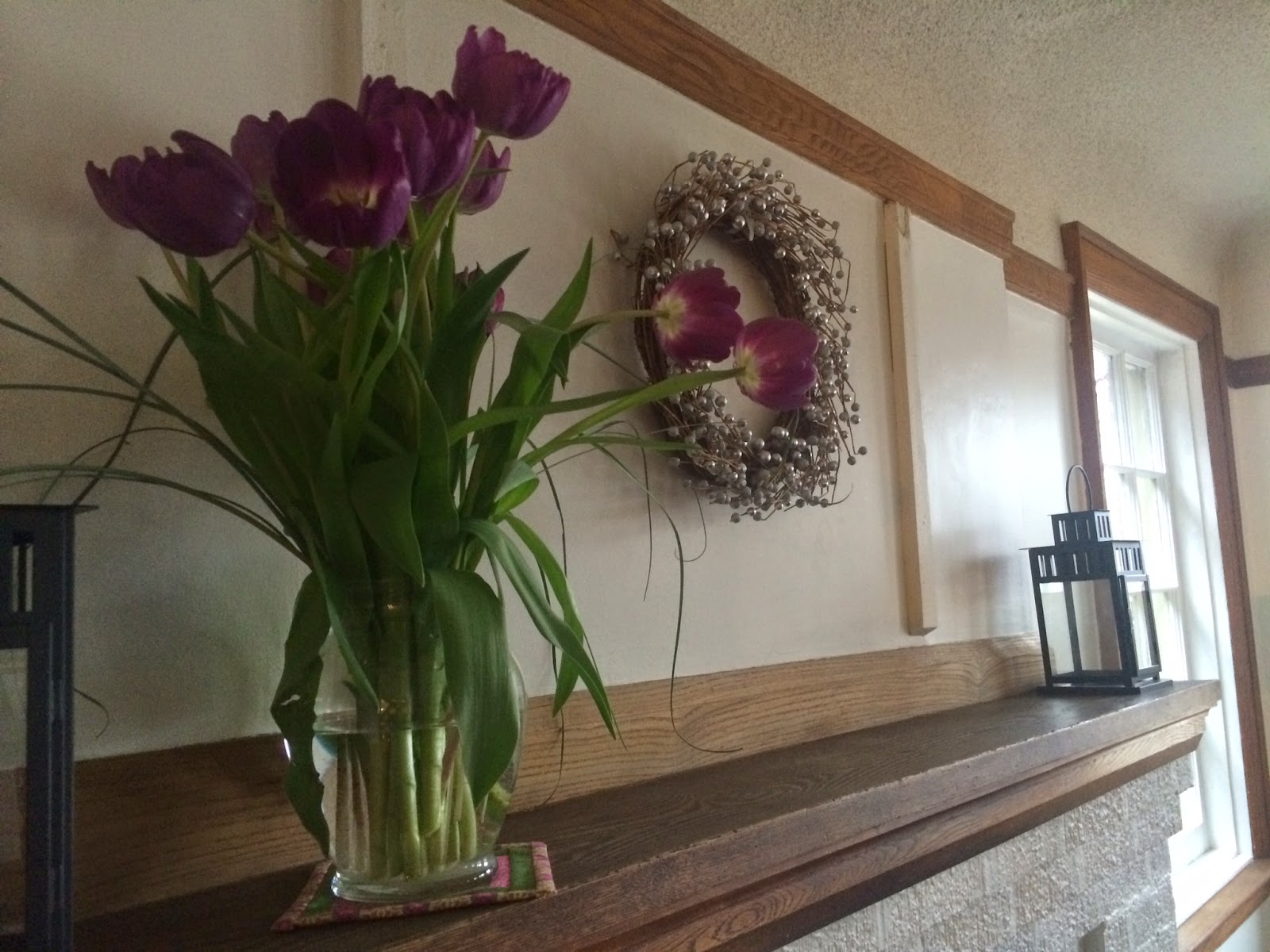 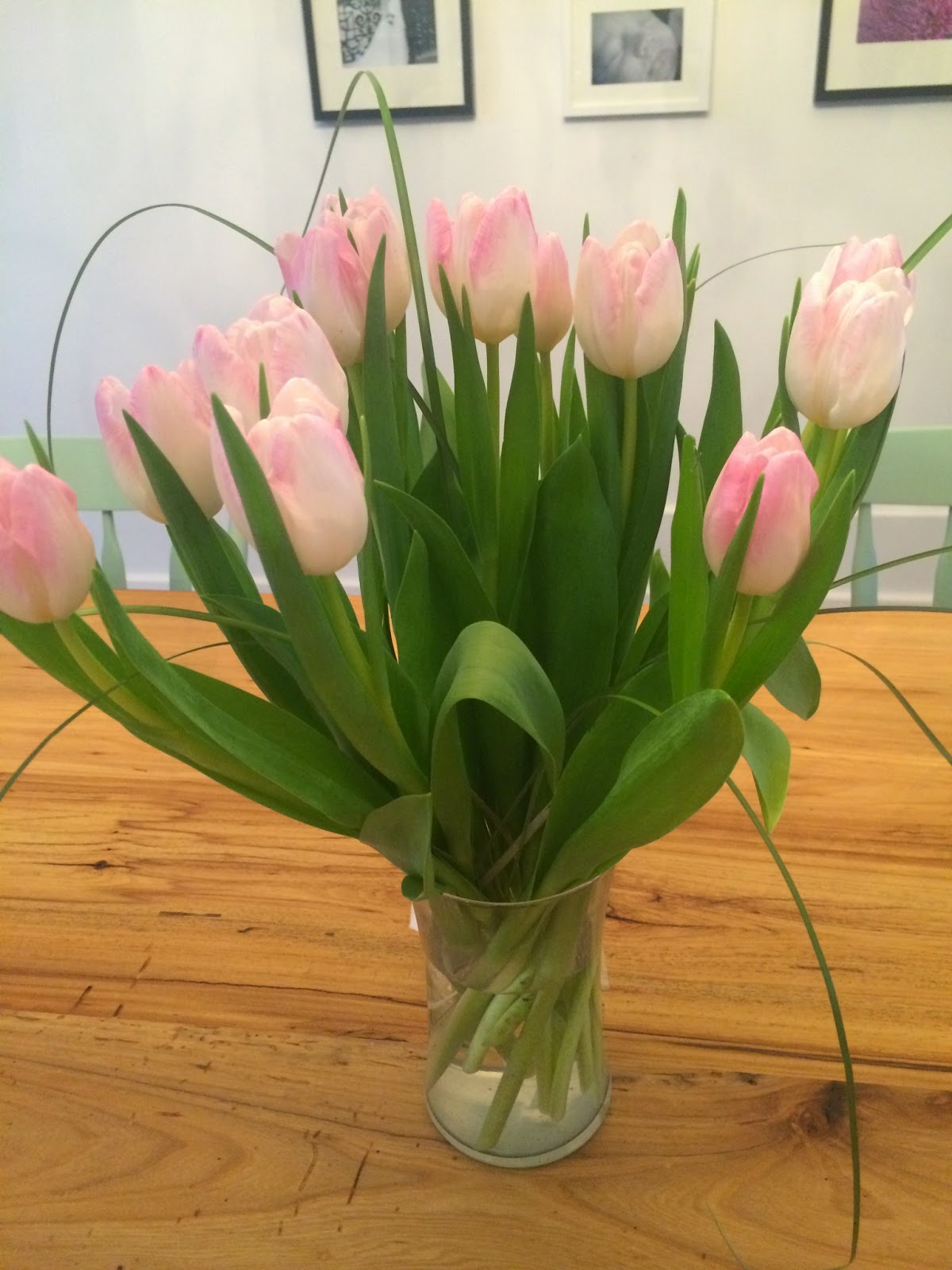