I stayed home on Friday morning with E because he had a bit of an ear infection so we thought if we sent him to school they would think we were neglectful parents decided to keep him home.   We watched TV for a bit, but then we played with the kinetic sand he got for Christmas and did some laundry and cleaning.  The kinetic sand is pretty cool and E loved it.  He only stopped playing so we could have a snack and then later to eat lunch.  After Dave came home around lunch, I went to work for the afternoon.  Just a note, the kinetic sand is not nearly as mess free as it claims.  Obviously way less messy than actual sand but I did sweep up numerous times and still found clumps it around the house that had fallen off E's clothes. 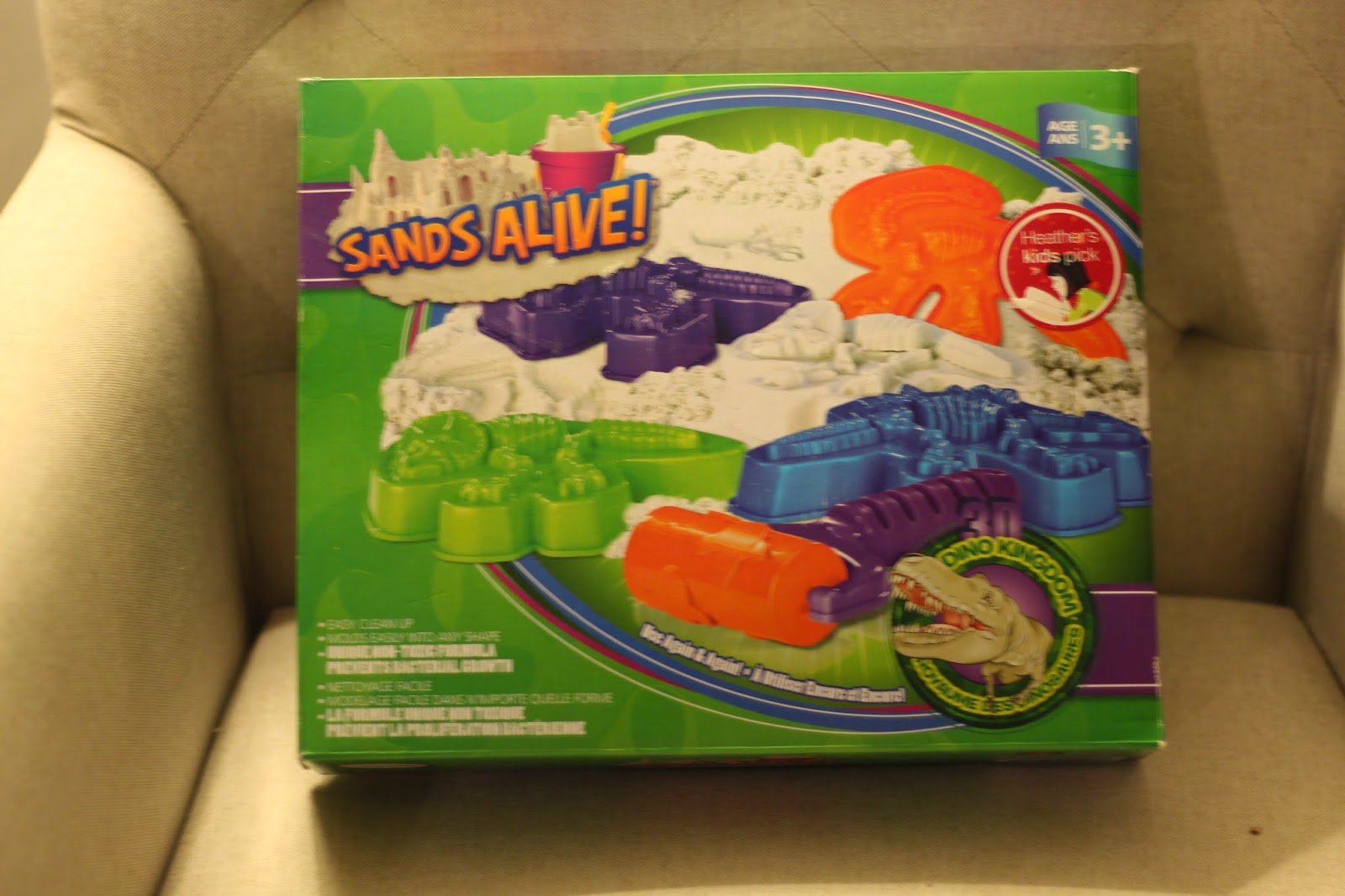 While I was home a cardinal was in our backyard. I went to take his picture with my phone and I had apparently run out of space, so I tried deleting a few pictures but it still wasn't working.  Then I went to get the real camera and the bird was still there when I came back and I snapped a few pictures. 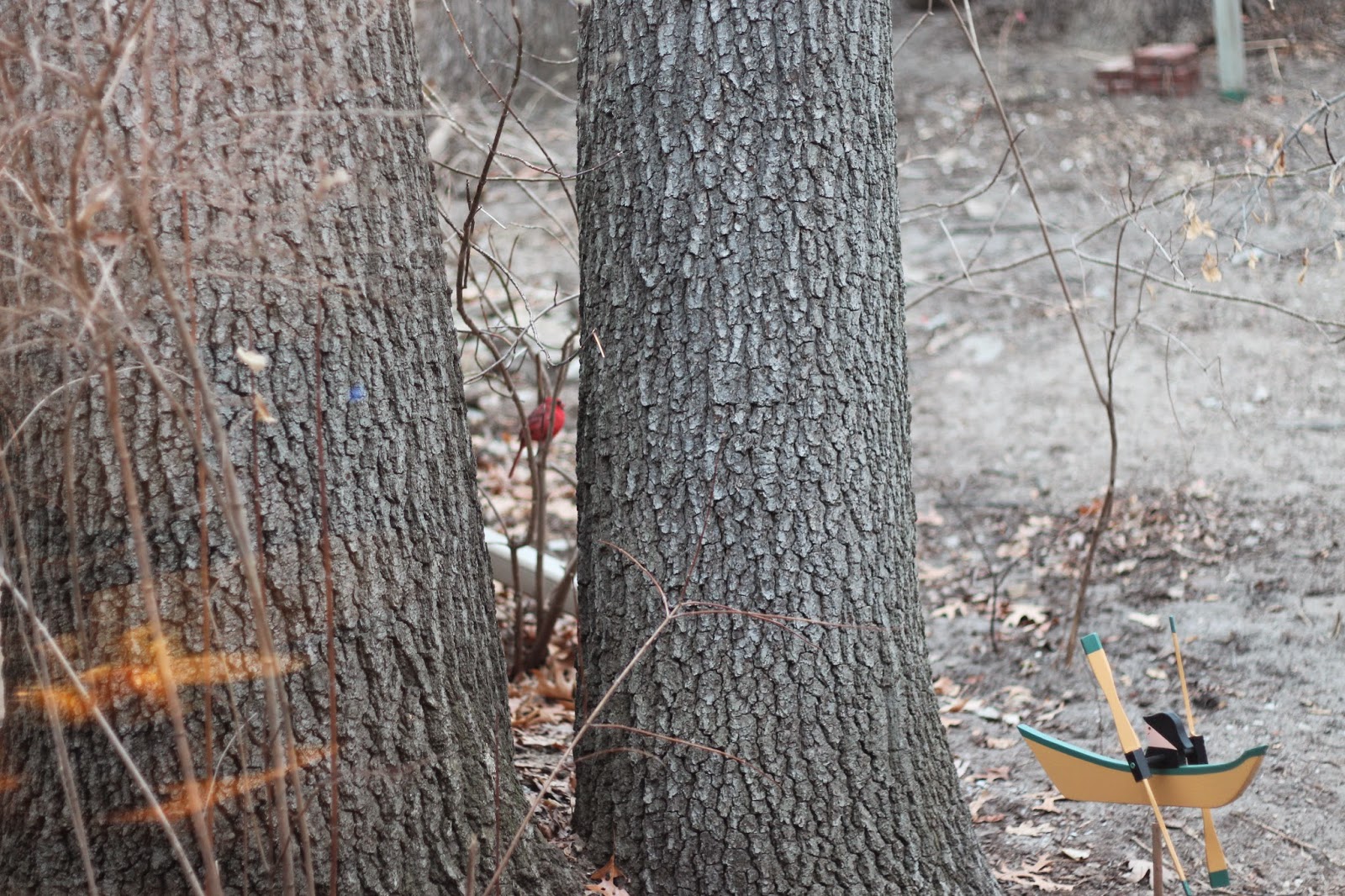 Speaking of wildlife in our backyard, our motion light came on the other night and a raccoon came wandering through our backyard up the stairs and through the hole in the fence.  Then we saw a possum hanging out in the backyard, but he left before I could take his picture.  Those possums are pretty creepy looking, I would not want to come face to face with one of those. 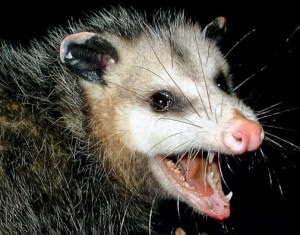 (This is not my picture, I hope I am never this close.)

On Saturday morning Dave took E to swimming and I cleaned the house.  In the afternoon we headed out to search for a duvet cover for E's bed and some curtains.  We also managed to find a rug and mirror for our entryway. E had a quilt for his curtain since we moved in, so these were definitely a step up.  The ones for our room are nice too.  I feel like I have grown up window treatments now! 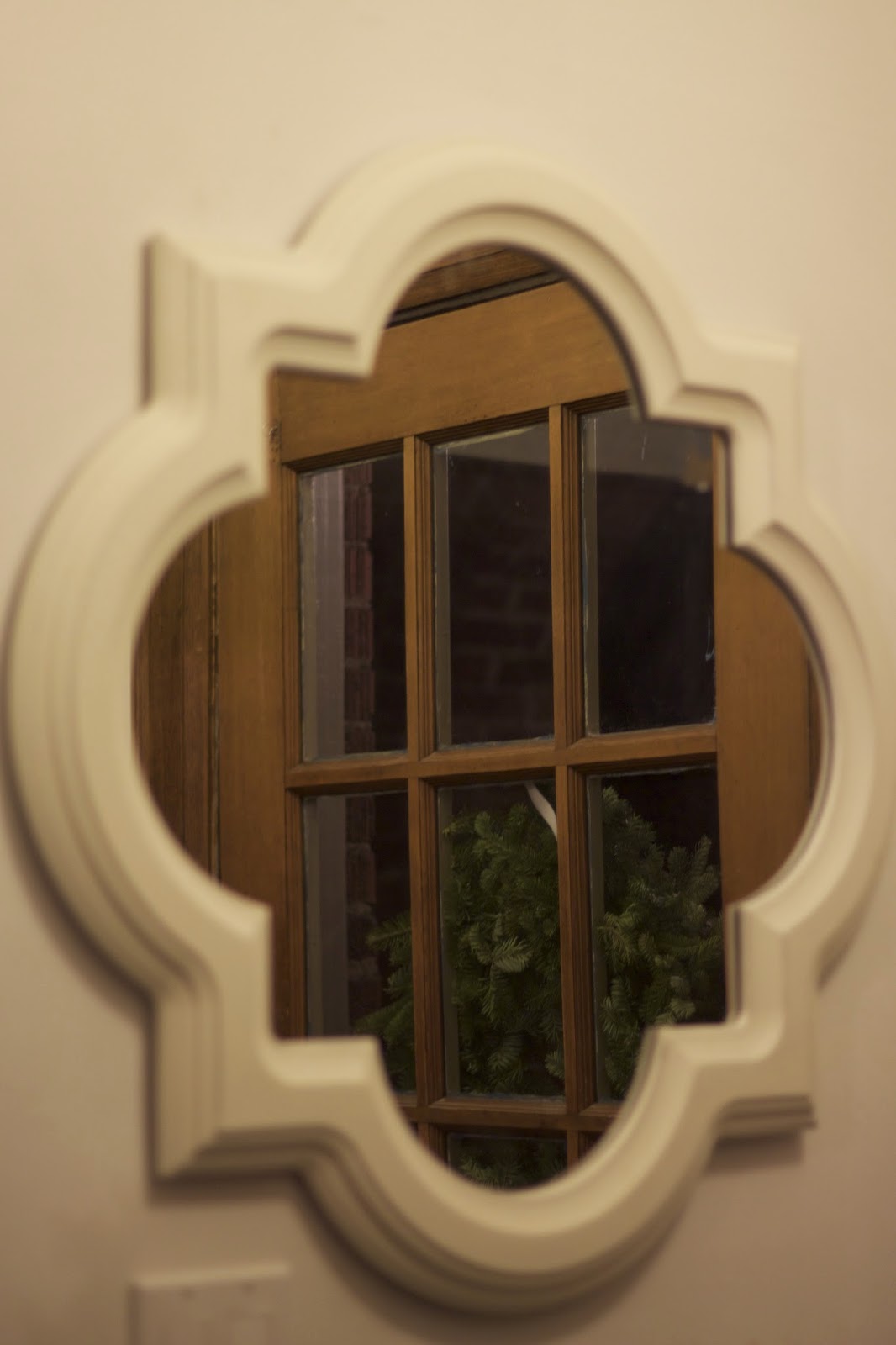 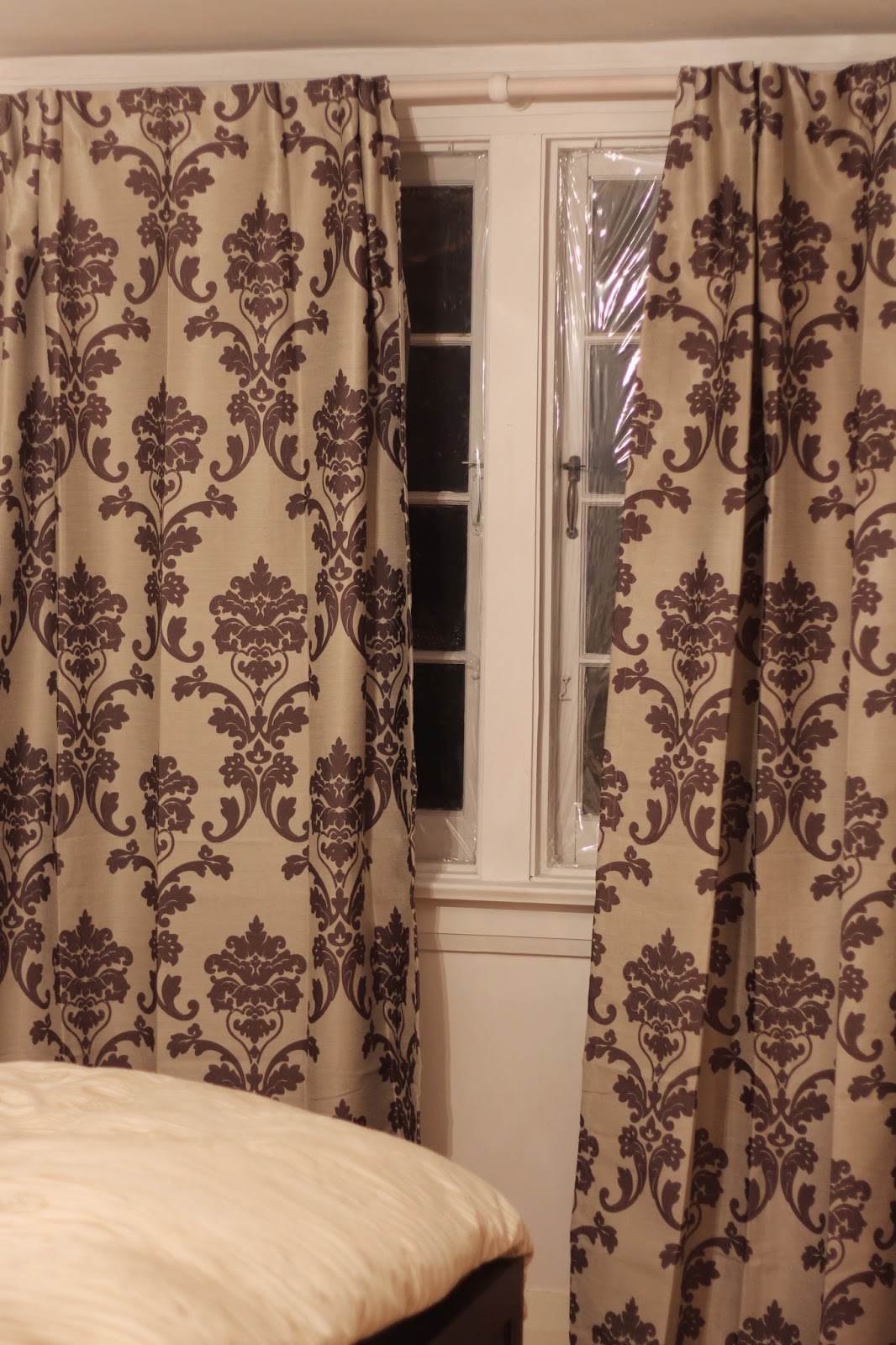 Yes, that is plastic on our windows.  Old house problems. 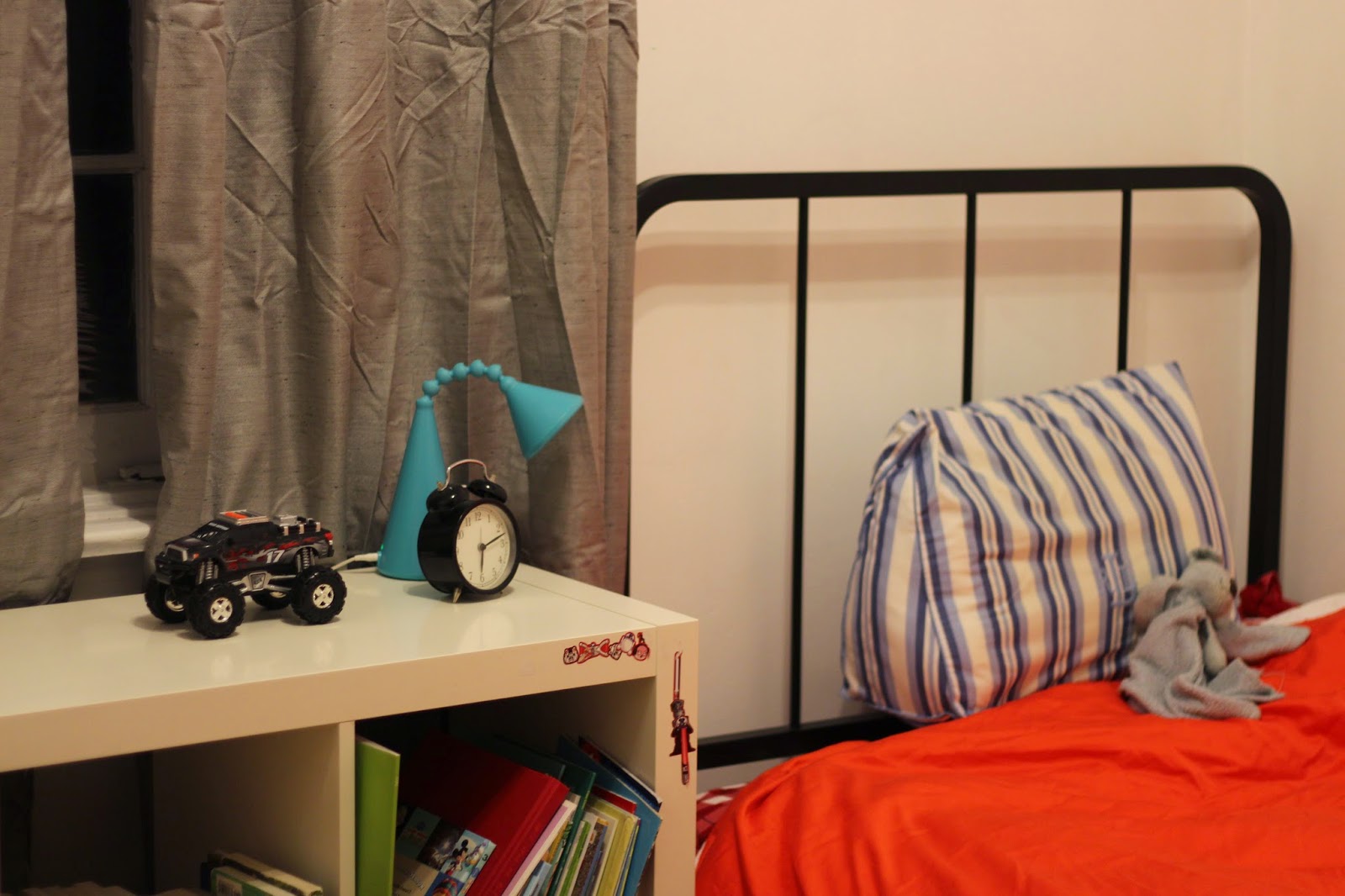 
We also stopped by Starbucks for a mid afternoon treat.  E was excited about this cake pop.  (For the record he wasn't fully strapped in yet when I took the picture, and yes, he wears his big winter coat in the car.  I don't know any other way to get around in the winter time, he needs to wear his coat.) 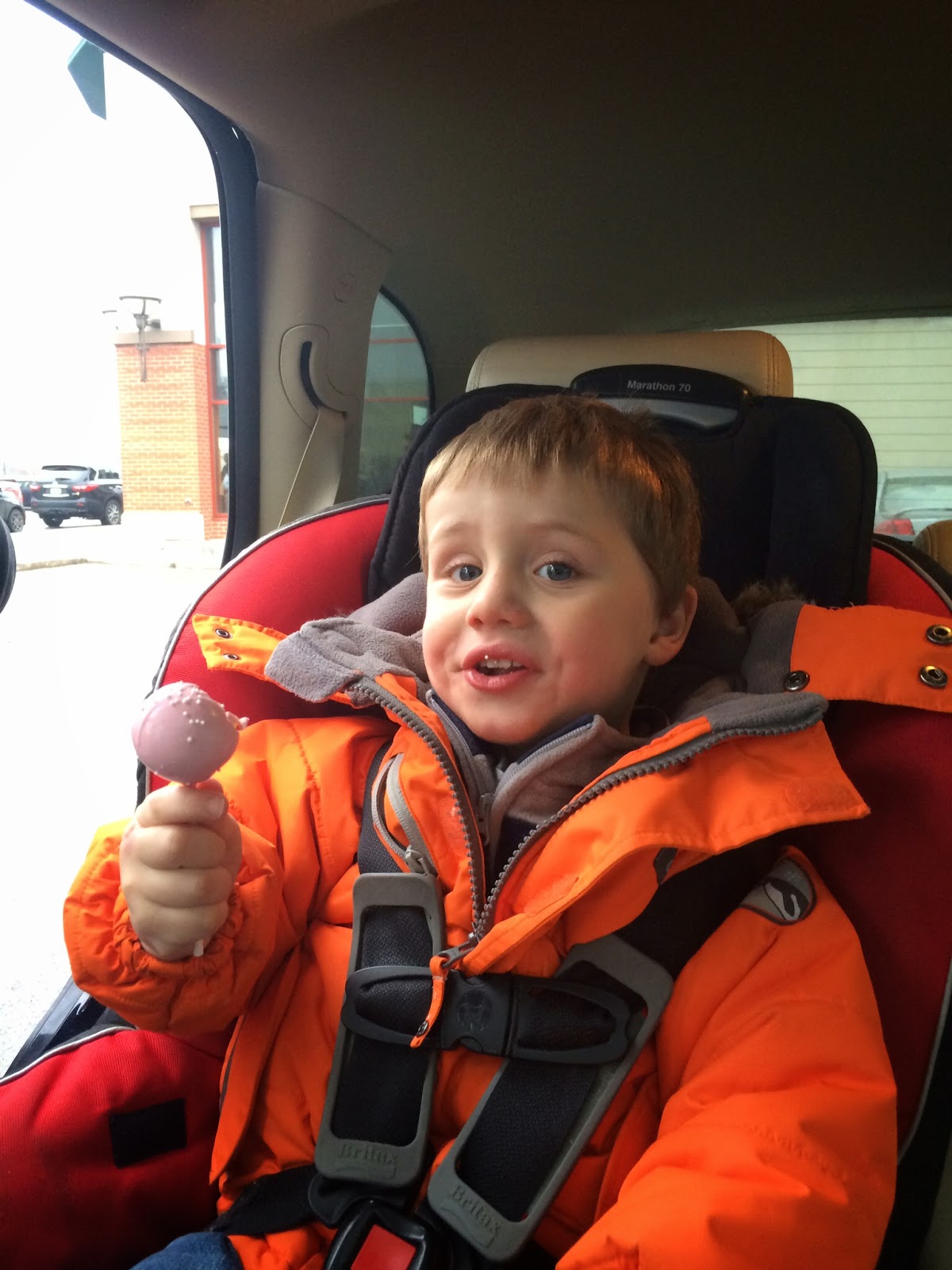 We watched The Firm on Saturday night.  I had never seen it, but I do love and old Tom Cruise movie.  You'll be pleased to know that although it does not seem like an obvious part of the plot, Tom does engage in a couple of full out sprinting scenes, one while carrying a briefcase (it is a lawyer movie after all).  I also enjoyed a couple of martinis.  I make mine with 2.5 shots of gin and 1/2 shot of dry vermouth.  I made a lemon twist for the glass and added a couple of ice cubes from my shaker.  Mmm, nice treat on Saturday night. 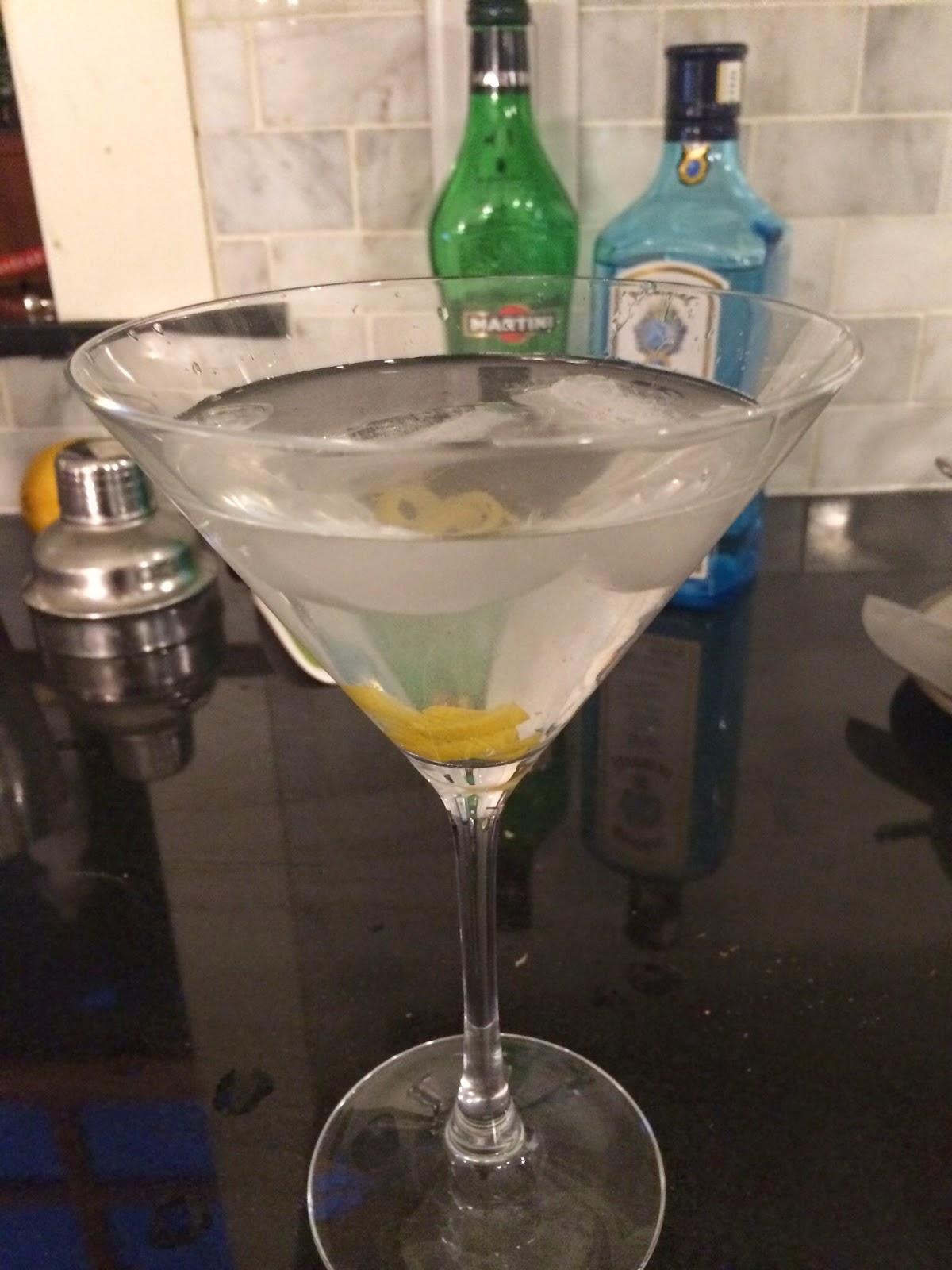 On Sunday we went to our friends' place for brunch.  Bacon was served (among other things) so I was pretty happy about that.  E always enjoys going to other people's houses to play with their toys.

We went to the Paddington movie on Sunday afternoon at the theatre by our house.  I have to say I was a little skeptical of the movie because this Paddington seemed a bit livelier than the Paddington I had remembered, but it was a really cute movie.  Very well done, and Lord Grantham (or Hugh Bonneville) was the dad!

After the movie our neighbours came over for supper.  Nothing fancy, just beef barley soup made in the slow cooker and cheese tea biscuits.  I did make these squares and I think they were pretty amazing.  They are basically chopped oreo cookies, kept together with some cookie dough, and the topped with M and Ms, you can't go wrong with that. 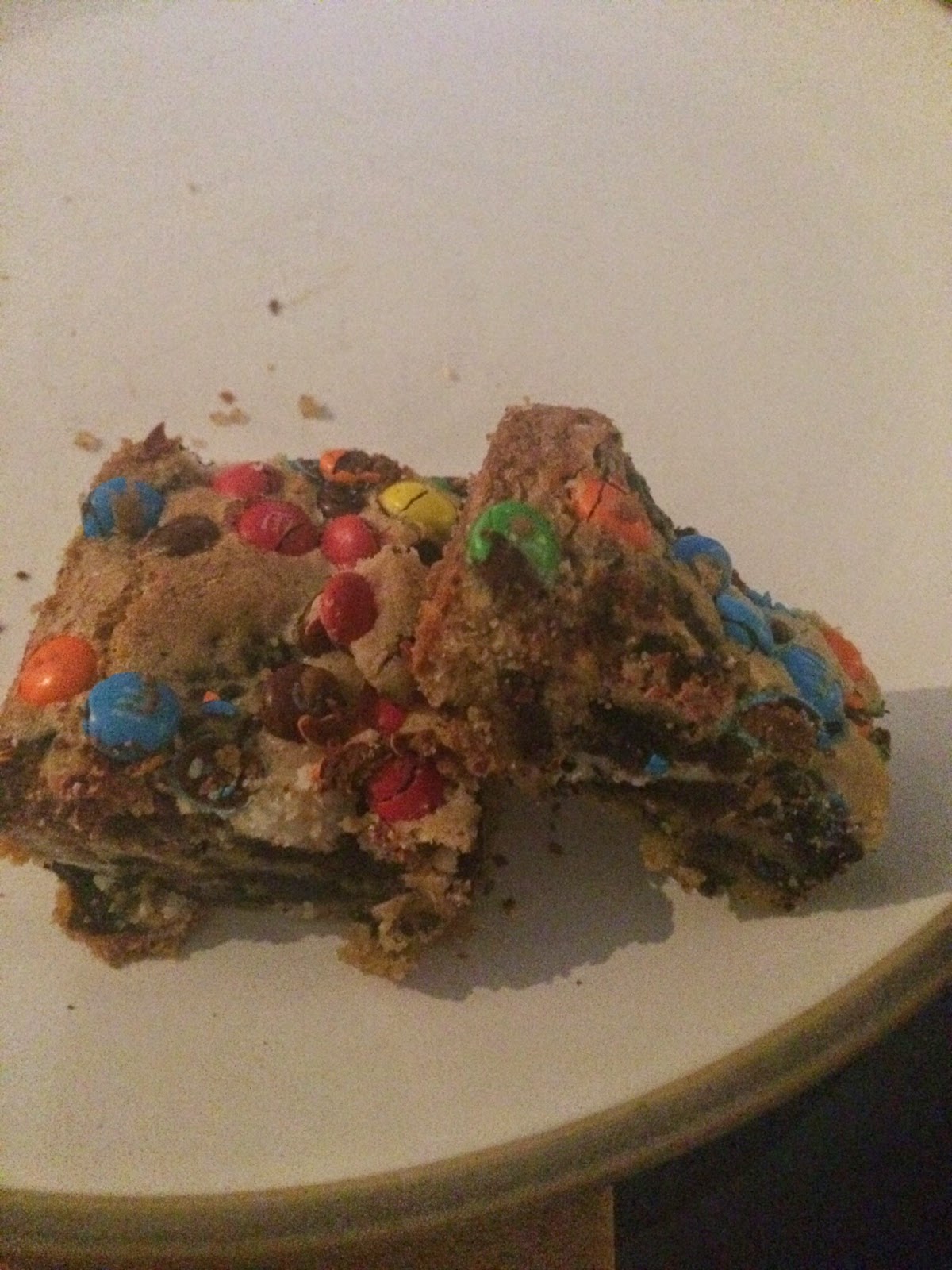