What a long weekend, literally!!  We packed a lot into this one.


On Friday morning Dave had left the house early to go to a meeting so E and I had breakfast in High Park at the Grenadier Cafe.  It was a lovely morning out on the patio.  E was very interested in the birds that were helping themselves to the leftover food from people's plates once they had left. 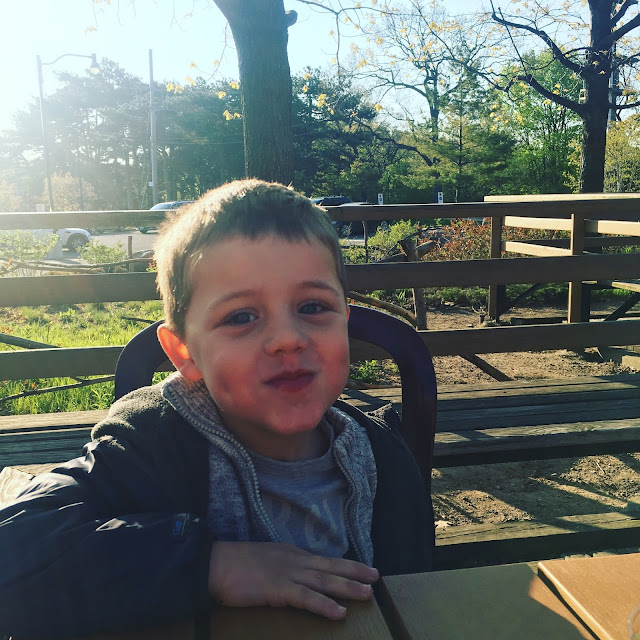 This is him trying to protect his plate from the seagull. 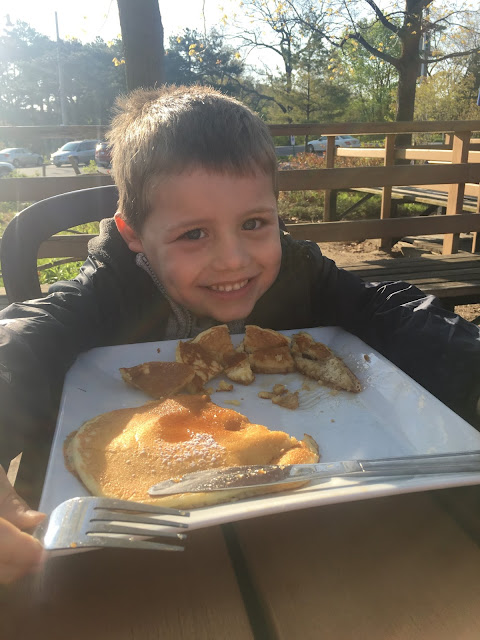 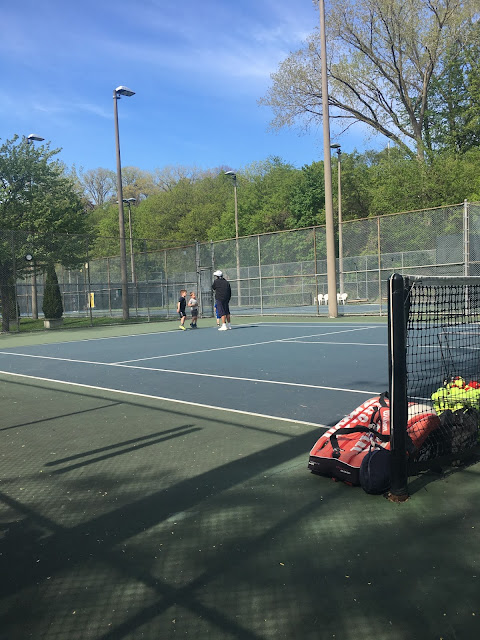 Dave and I went out for our anniversary to Sidecar in Little Italy.  We have been to this restaurant many times and were there for our 3rd anniversary too.  It was nice to sit on the patio too. 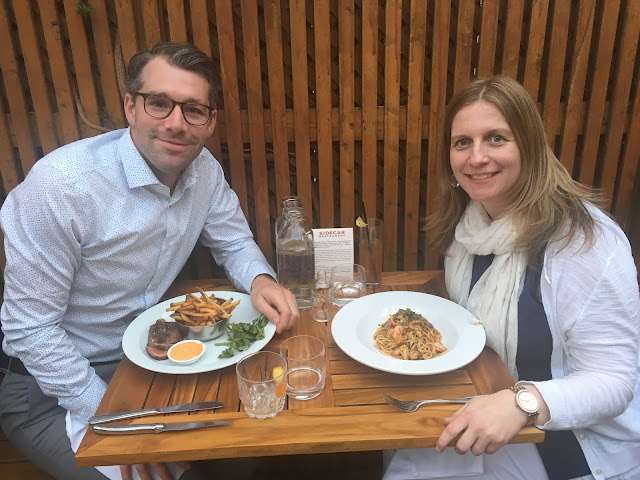 On Saturday morning I slept in a little bit and then we went to the driving range at Centennial Park.  This was E's first time really hitting a golf ball with his new clubs that he got for Christmas.  These shots show him standing upright and trying to hit the ball (that didn't last long, he was being extra silly).  Dave and I got to hit a few balls though.  We actually went back on Monday morning and he did much better. 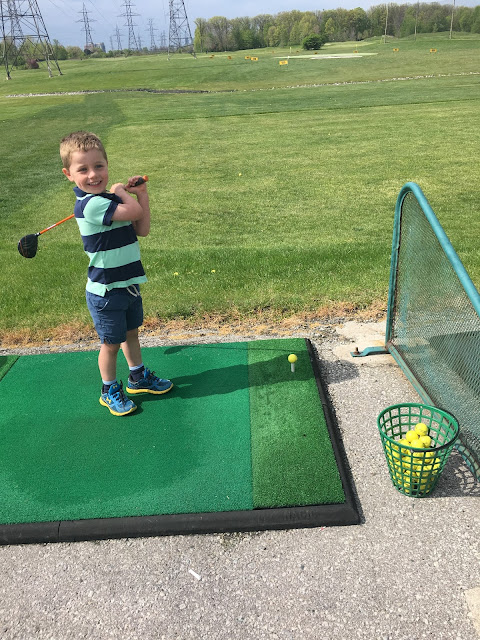 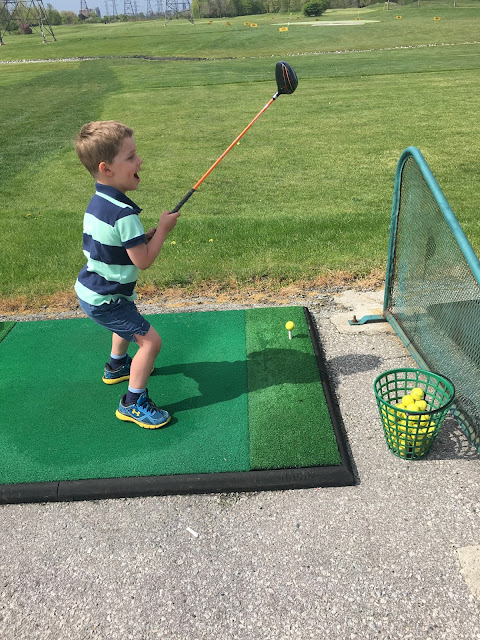 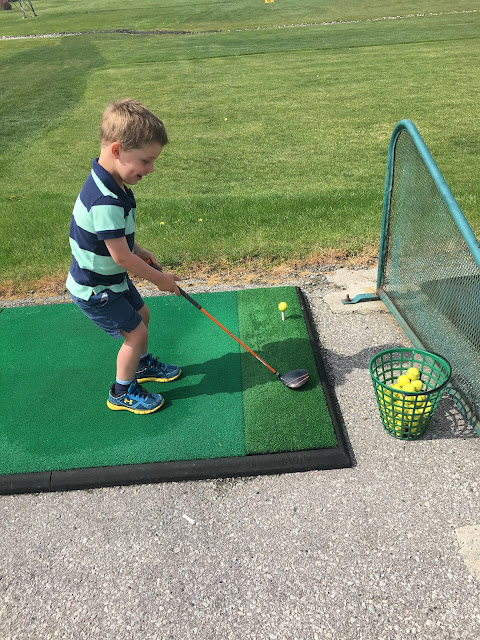 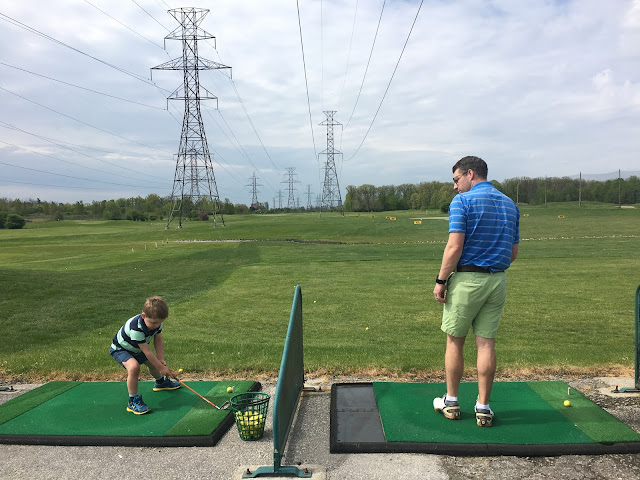 After we grabbed some lunch at the Superstore of all places, we went home to work on the yard.  I swept the backyard and cleaned up some leaves, and then hosed down the furniture.  Dave and E worked out front.  Then we quickly got ready and went to Medieval Times with my dad and his wife. It was quite the show if you have not experienced it yet.  E loved every minute of it!  Definitely worthwhile for kids. 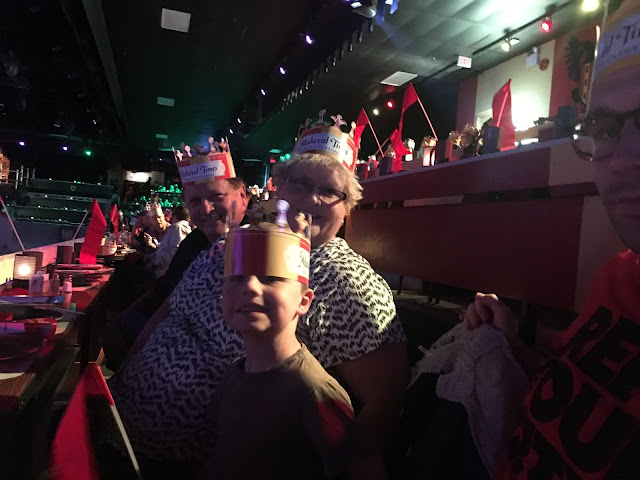 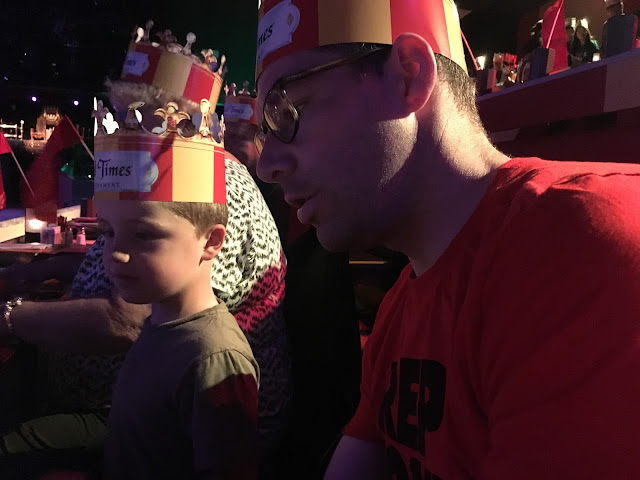 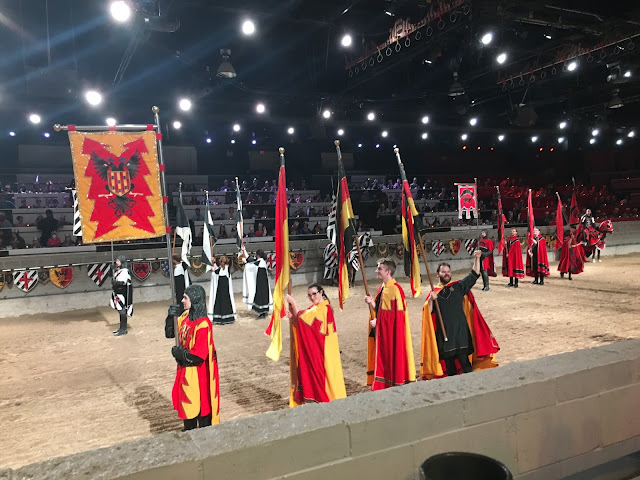 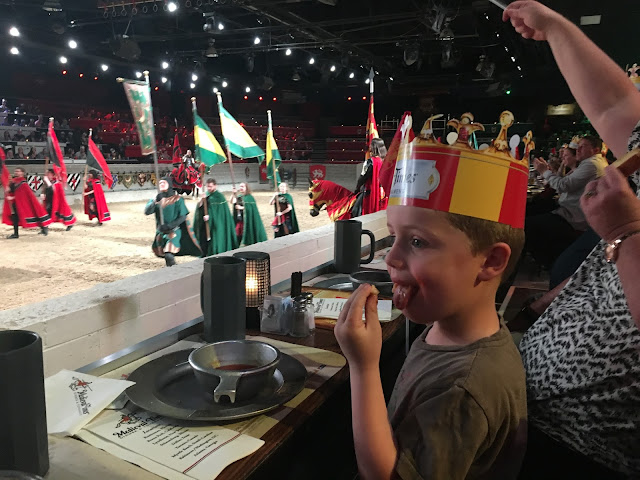 After that, we left E with the grandparents and Dave and I headed downtown for Game 3 of the NBA Eastern Conference Finals.  It was such a great game and the Raptors even won to top it all off! 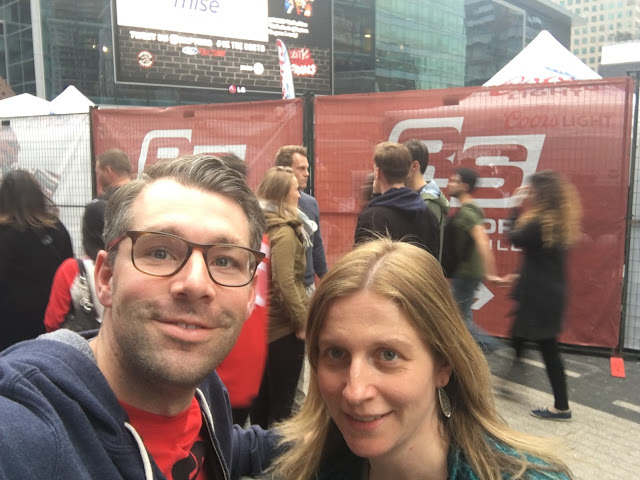 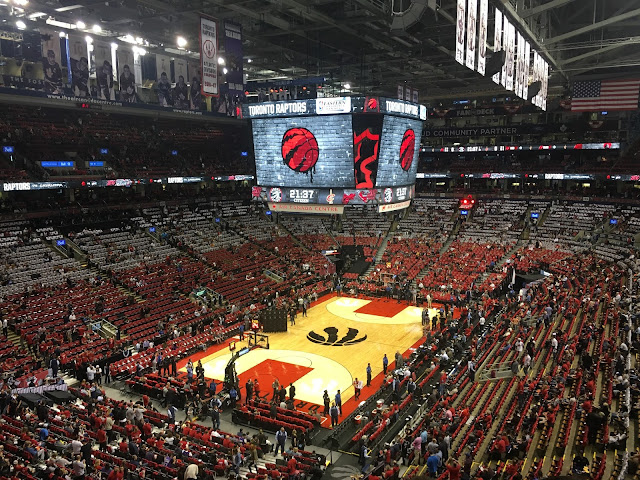 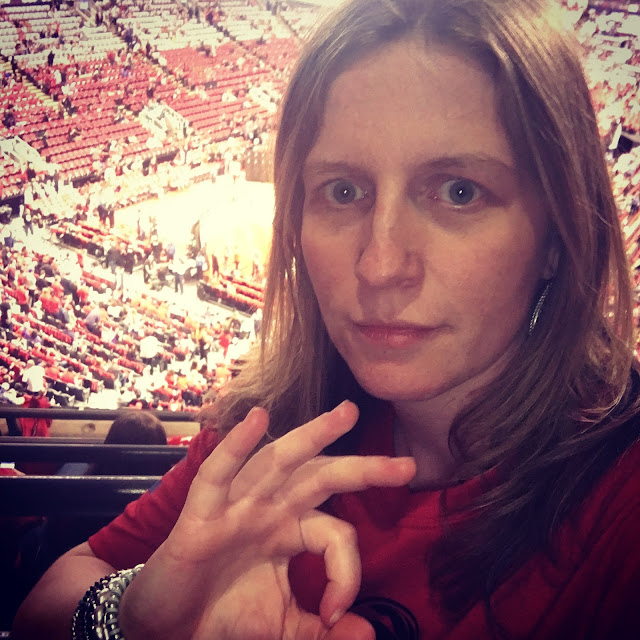 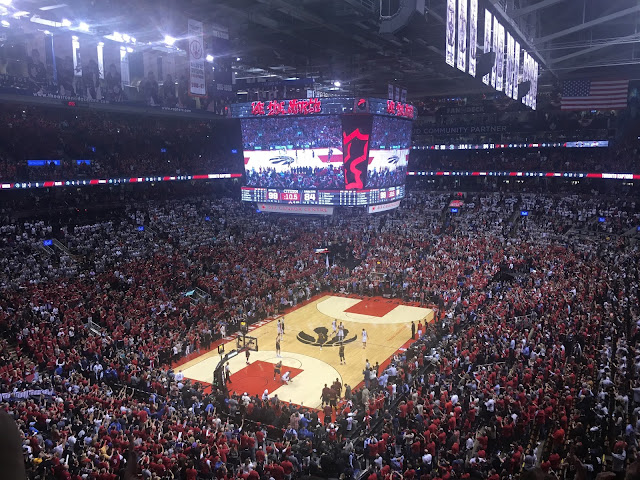 On Sunday we went to Lowe's to buy a toilet and the flooring for the basement.  And then we went back to the Superstore for lunch and some groceries.  I thought I would commemorate it with a photo of the panini case, since this is what I had for lunch both days. 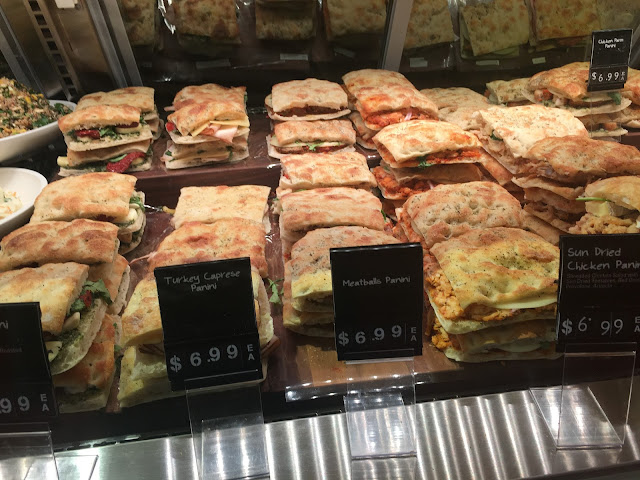 After that, E and I went for a walk with some friends along the Humber River.  What a great day to be outside! 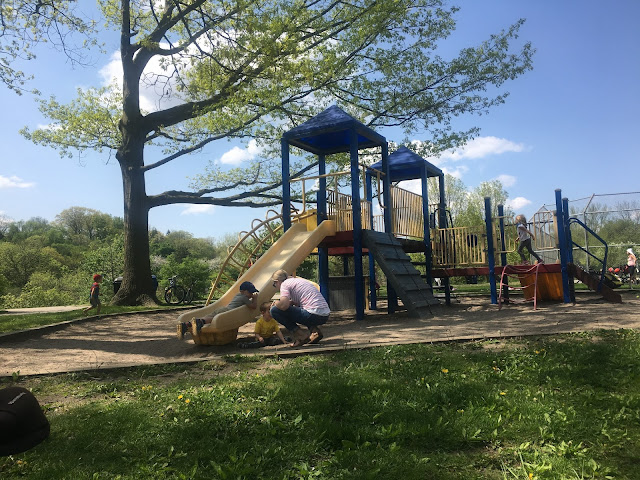 For supper we went to our local put, and then after E went to bed, I got to sit outside, which was such a nice treat.  We watched Game of Thrones (#holdthedoor) and the SNL season finale that we had taped.

On Monday morning, I got up somewhat early and went for a walk.  I picked up some croissants for a special anniversary breakfast.  We did spend part of our honeymoon in Paris and enjoyed many a pastry on that trip. 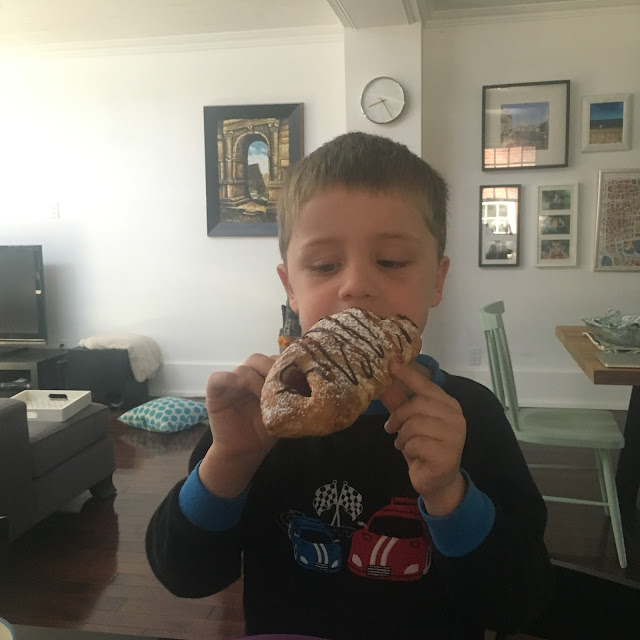 Then we joined the hoards of people at Plant World to pick up our flowers for the season.  Bad picture of E, but it was the cleanest he was all day. 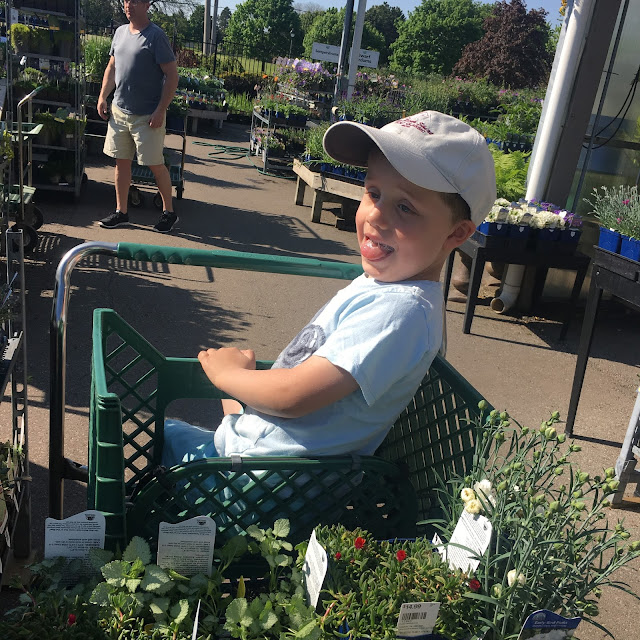 We hit up the driving range again, and then went home to get to work.  We took a break for lunch but worked hard all day. 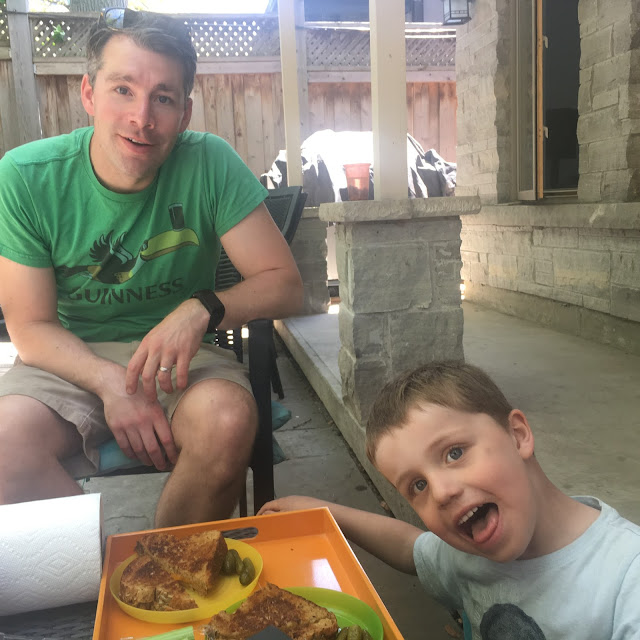 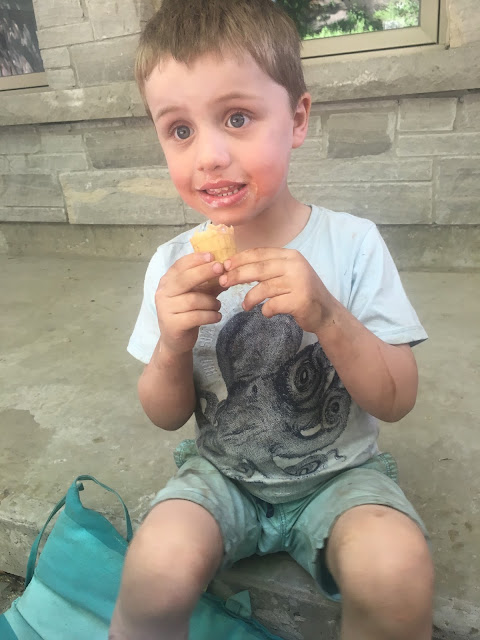 We had a lovely dinner with my dad and his wife outside on the patio, burgers, potatoes and salad (but I forgot to take a picture).  Then we finished off our night with the Raptors game.