Today's topic is childhood favourites.  I was born in 1981 so I am a true '80s kid!  I was born in Toronto and then moved to Shelburne, Nova Scotia when I was 4.  Here are a few of my favourite things from back then (as much as I can remember at least!): 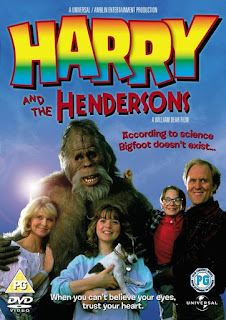 Song - Uptown Girl by Billy Joel, Thriller
TV Show - Teddy Ruxpin, Fred Penner's Place, Under the Umbrella Tree, Mr. Dressup, Wok with Yan, Front Page Challenge (We did not have cable until I was in Grade 6 or 7 so my shows were limited to what was on CBC and ATV (the predecessor to CTV in Nova Scotia).) 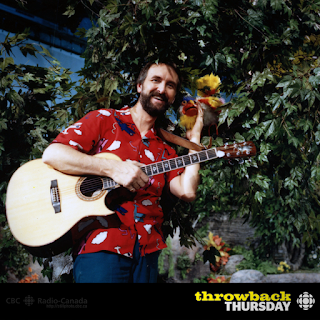 Book - Charlotte's Web, all the Baby Sitters Club books, Anne of Green Gables, pretty much anything I could get my hands on
Food - Kraft Dinner (I haven't had it for a few years now, I'm sure it doesn't taste as good as it used to  if they had to eliminate dyes and trans fat, thumbs down) 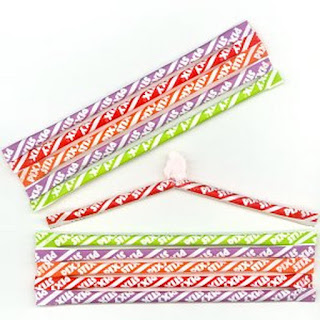 Pet - Well we only had one pet, GG, the grey and white cat.  She was small and so soft and was very friendly.
Holiday - Christmas was a favourite, of course, but Halloween was also really fun.  I remember being a "punk rocker" for at least three or four Halloweens.  Hey, it was the '80s! (This clown costume made an appearance for a few years too.) 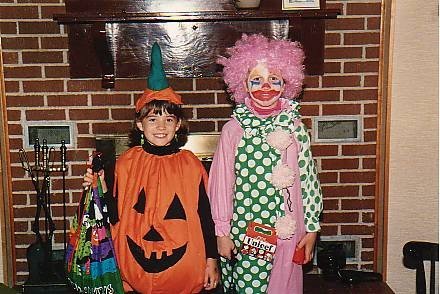 Friends - I lived on a small road and there were three other girls that lived on the street (and their older brothers).  We played a lot of games outside (see above), and had lots of fun.  The kids that were in my grade primary class were mostly still all in my high school graduating class, the beauty of  a small town.  I went to my friend Janna's house after school everyday and we played with her brother and neighbour. 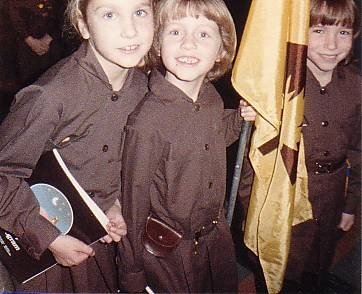 Thanks for reading!  Have a great Tuesday.