This is a short and sweet weekend recap.  We took it easy given the frigid temperatures but still had some fun things going on.

On Friday night we made a "little" snack to eat while watching Raptors and the World Juniors. 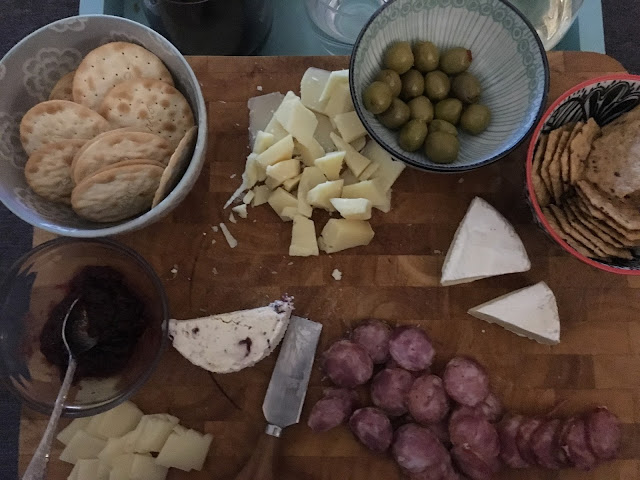 E's ski lessons were supposed to start on Saturday morning but the first day was postponed because of the extreme cold warning.

Q had his first swimming lessons of this session. We did lessons last spring so it wasn't his first time in teh pool, but he was definitely more clingy this time, now that he really knows what is going on. But he got comfortable and really liked "jumping" in off the side.
He actually just sat on the bench in the change room when I got him changed and then got changed myself.  I don't think E ever sat still (at the pool or anywhere) so this was a new experience for me. 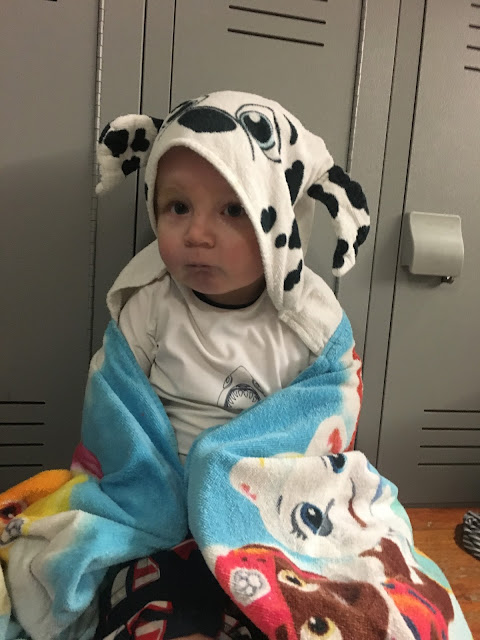 Dave and E then took off to Costco and signed us up as new members.  We are sort of anti-Costco for various reasons but we finally decided to join because the gas prices are so good.  He also picked up a package of Clif bars and windshield washer fluid (we're easing our way in).

I did some grocery shopping and then we just played around the house after Q's nap. 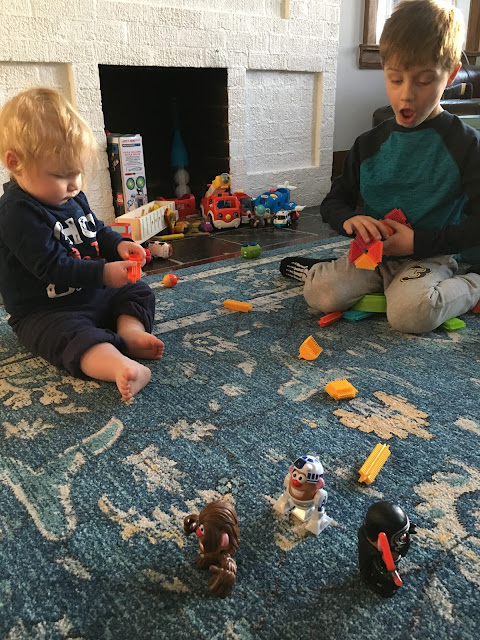 I used our leftover turkey (that had been in the freezer) to make this risotto from Jamie Oliver's Christmas Cookbook.   It was so yummy! 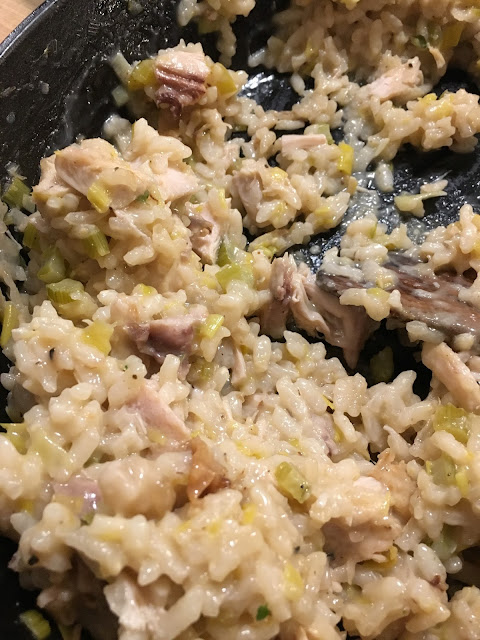 After dinner and the boys' bedtime Dave and I watched The Kingsman: The Golden Circle.  I love movies like this, British actors and some quick humour and over the top stunts.  We also watched a few of the Comedians in Cars Getting Coffee, Jerry Seinfeld's series that is now on Netflix.  I can't get enough of them!

On Sunday morning Dave and E took off to the ski hill.  No lessons but just to get some runs in.  It was supposed to be "warm" that day but it was still pretty cold.  But they had a good time and it was good to do some practice before lessons actually start next week. 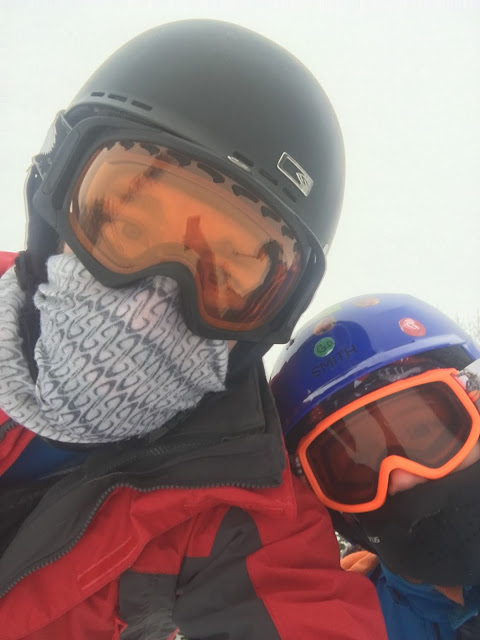 Q and I skipped church and instead walked up the street to get his haircut.

This is before. His hair was getting a little out of control and it was always in his face. 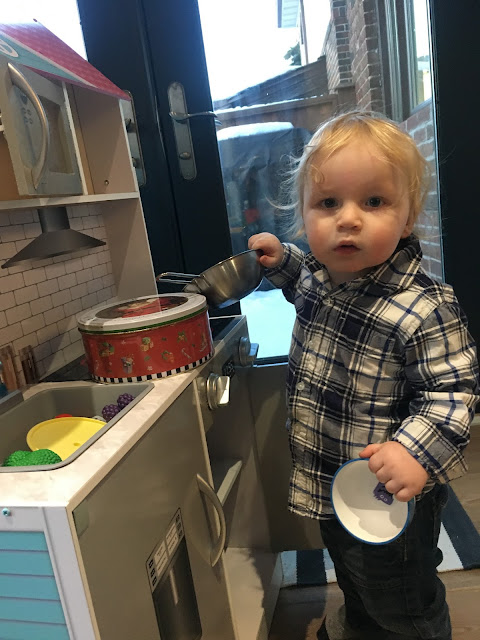 Once he had his soother in his mouth he was happy to just sit there and let the hairdresser do her job. 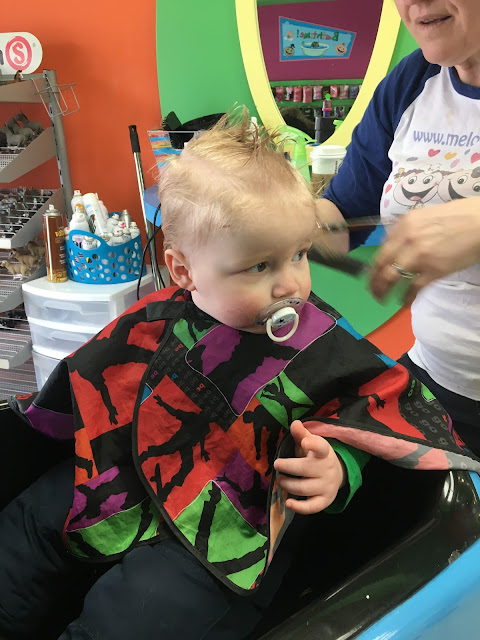 We got some of his hair, a photo, and certificate.  Thanks Melonheads! 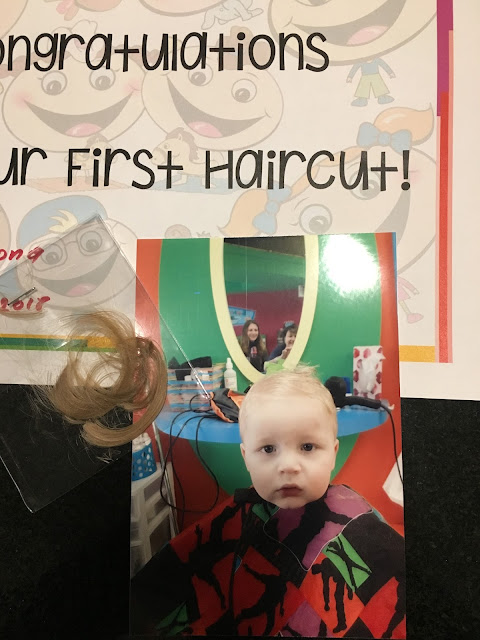 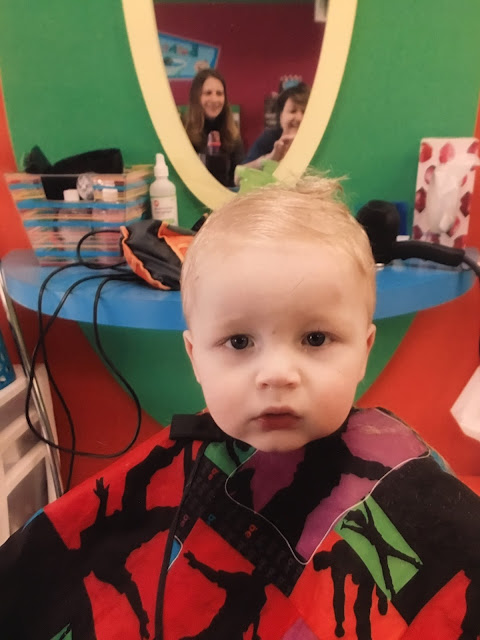 We made some homemade pizzas for our supper. 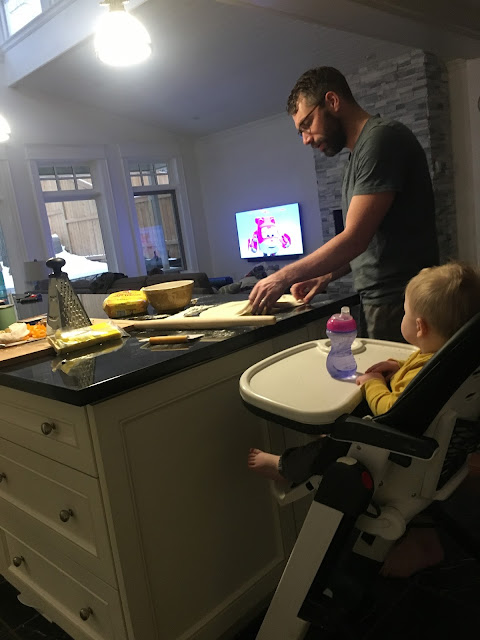 You can't really tell but E is wearing just his long johns and he looks like he's heading to a rehearsal for a modern dance routine (think Danny Kaye from that routine in White Christmas), so I got him to do a dance move while I snapped a photo. 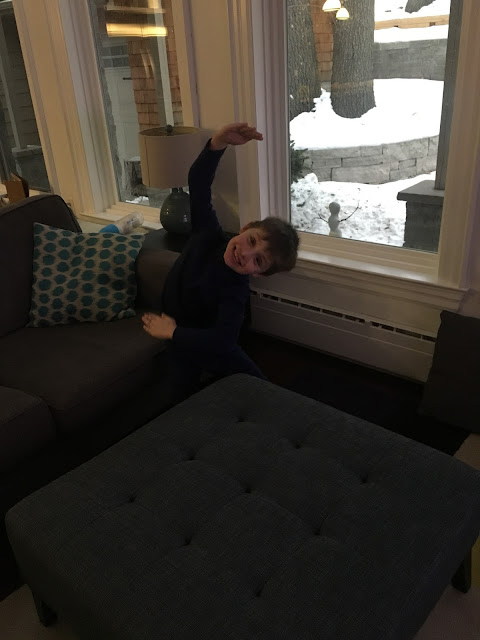 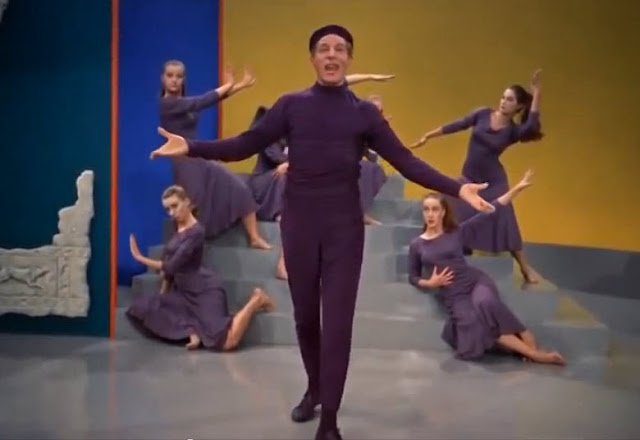 A few snuggles before bed. 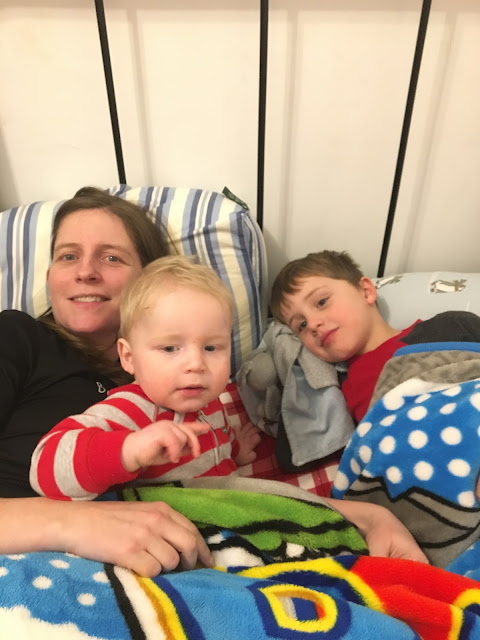 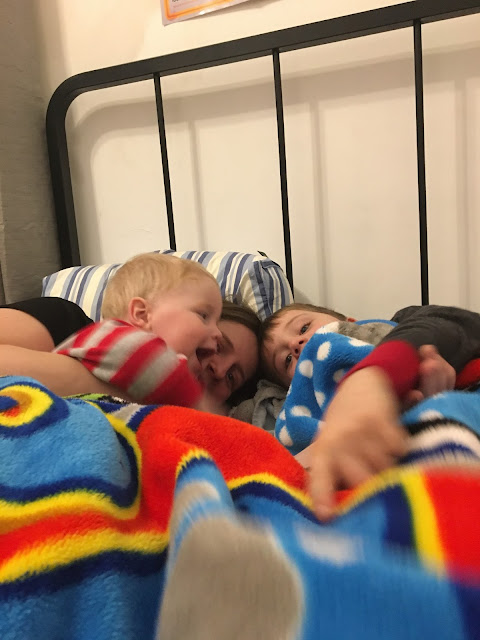 Then I hunkered down for the Golden Globes.  I haven't seen any of the movies (yet) but have seen a lot of the TV shows.  Oprah stole the show though, as she does.