On Friday I was out of the office in the afternoon so I picked up Q a little early, while Dave picked up E so they could practice some batting.  Q and I hung out in the backyard and enjoyed a few chips. 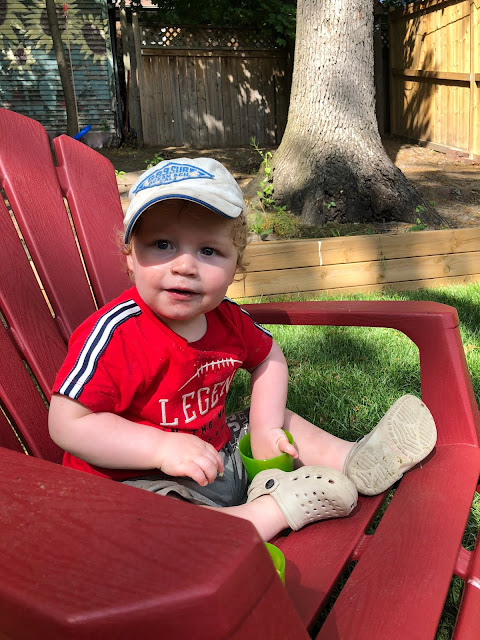 Ready for bed after an outdoor dinner of turkey burgers and grilled squash. 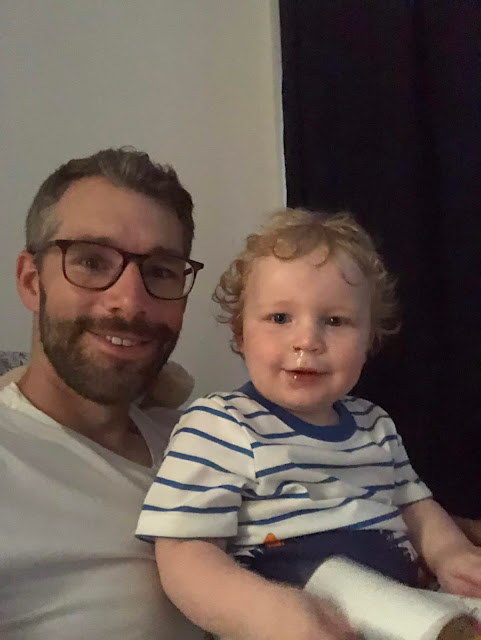 On Saturday morning, the boys headed out to High Park for t-ball practice.   Q and I watched an episode of the Wiggles while I finished my breakfast and coffee.  I marvelled at how big he has gotten! 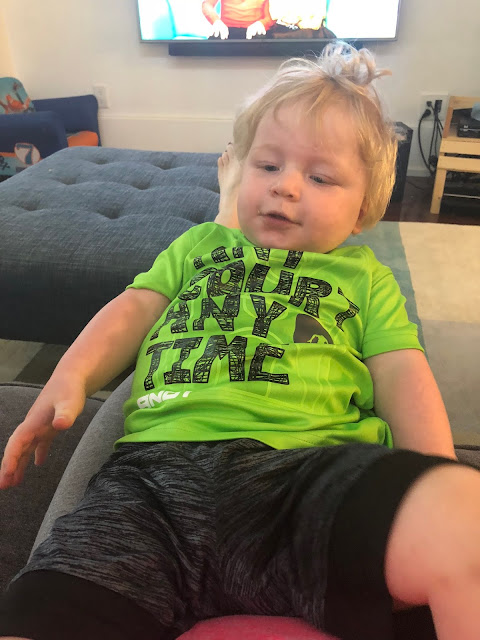 Then we ran to the park to watch a bit of the practice before stopping at the playground and to do some errands on the way home. 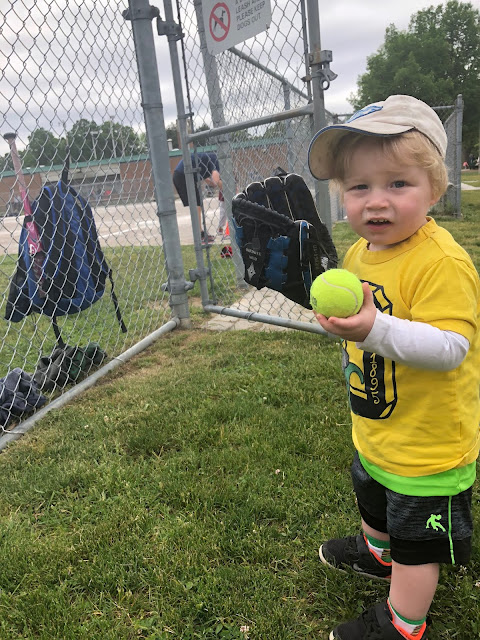 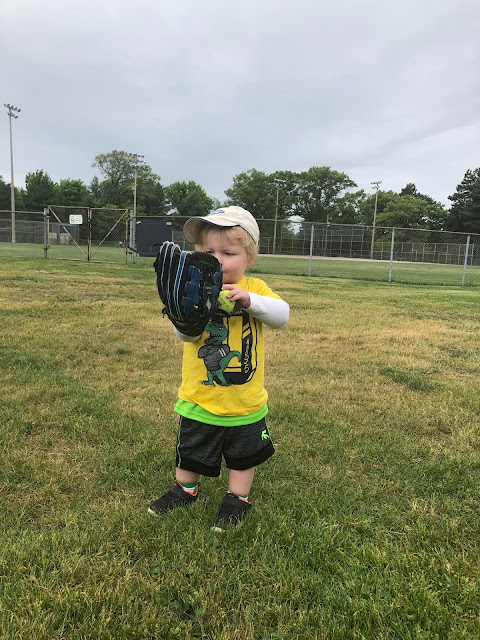 We had a quick lunch and then it was back to the park for E's first real game of t-ball.  He is in the instructional league so they don't play any games there until the end of season, but if an older team needs extra players, kids from E's league can be "called up", which is what happened on Saturday afternoon. 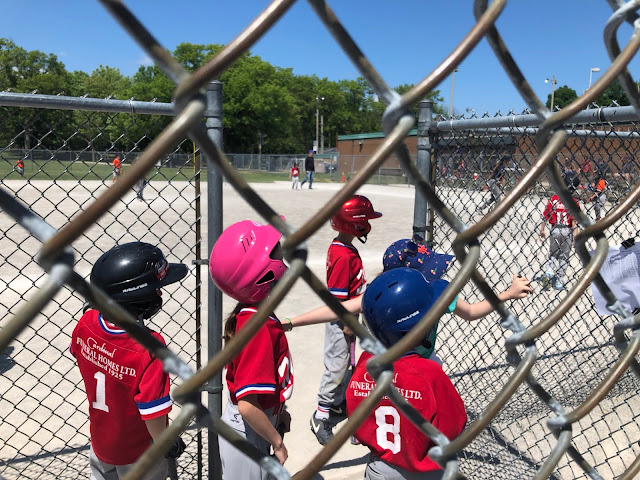 He got to play back catcher for one inning. 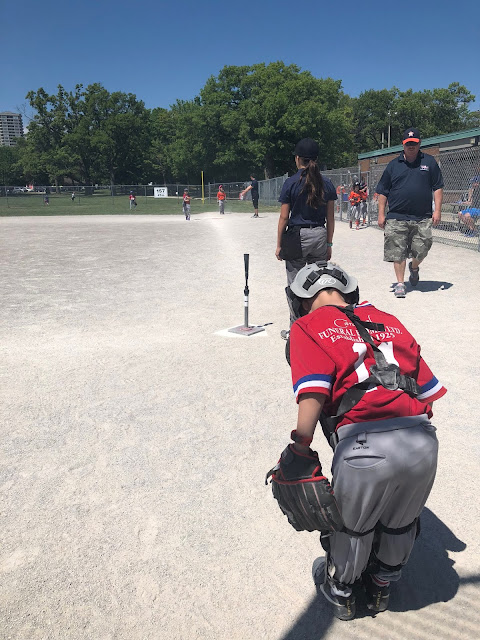 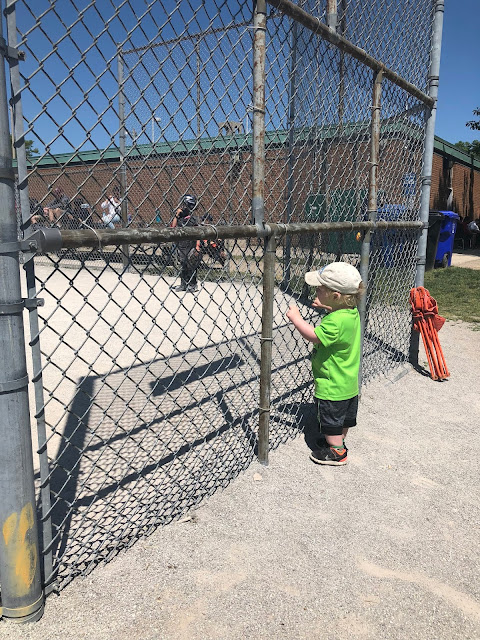 After that, we went over to the splashpad and then got some supper at the canteen. 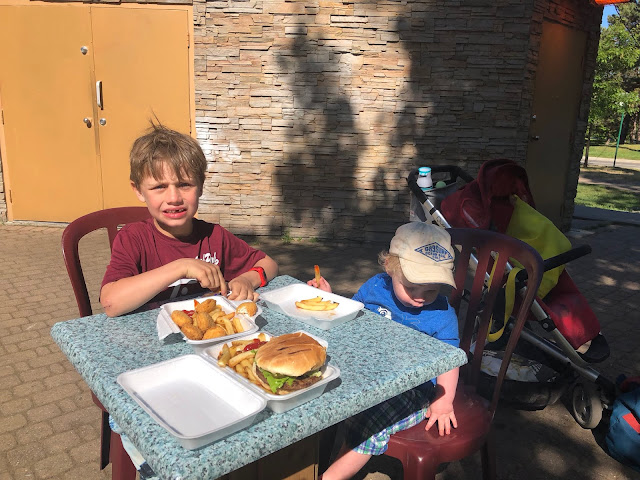 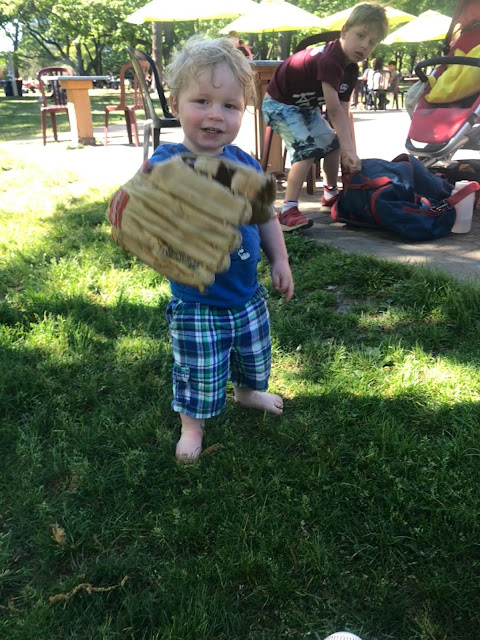 We had ice cream on the way home too, but someone was still hungry so he made vegetable soup (cut up veggies in water). 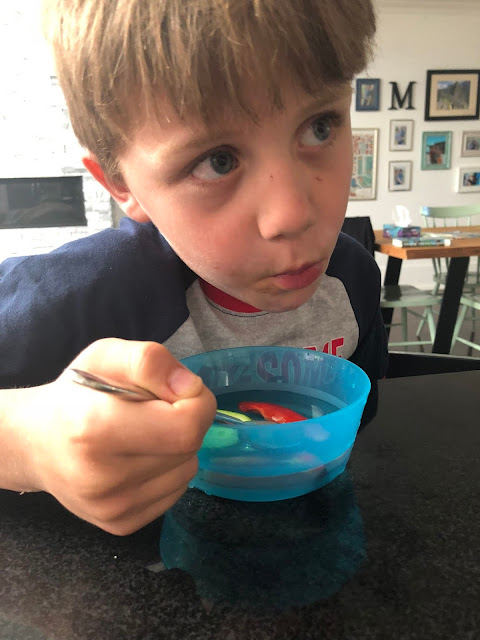 I enjoyed some quiet time on the back patio and read my book while Dave put E to bed. 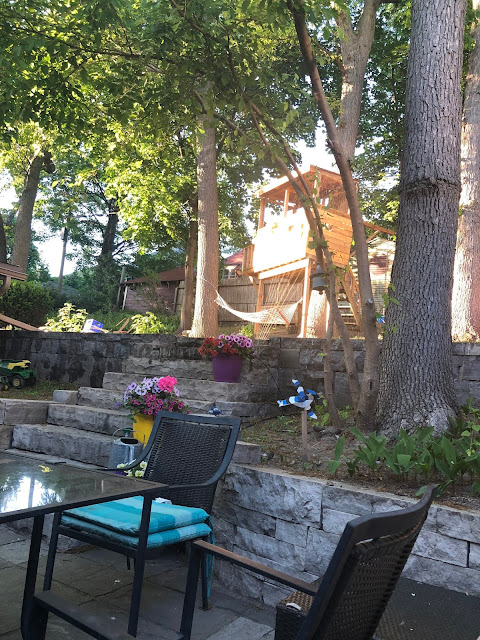 On Sunday morning, Dave went for an early run, and then we went to church.  I went for a run after church.  E had another t-ball game on Sunday afternoon, same team, so we went back for that. 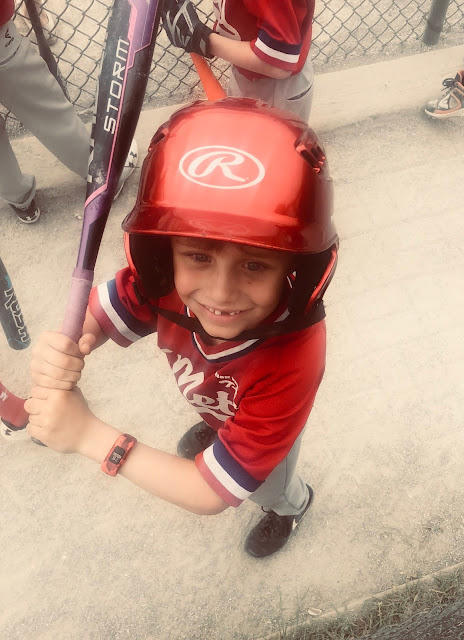 Instead of taking the subway, Q and I drove and caught most of the game.  Then we went over to our friends' house for a BBQ.  The kids enjoyed the backyard before it started raining and we moved the party indoors. 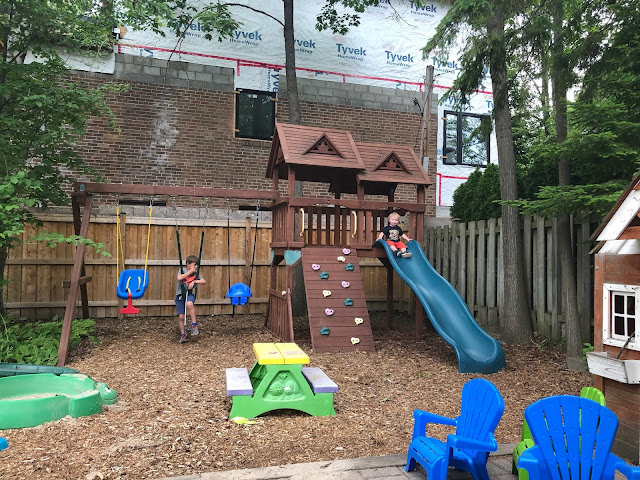 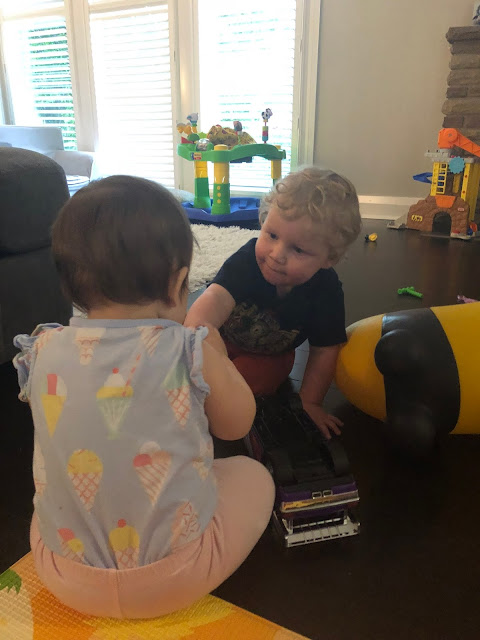 A busy weekend, but a lot of fun (plus we didn't need to make supper on two nights, so that was a bonus!).