On Friday night I left work a little early so I could go to Costco. My mom was in town so she came with me and we got mostly snack foods for the kids and some lemons, peppers, and avocados.  Then we picked up the kids and came home to eat.
Since we had rice and salmon, it was all over the floor and table.  I snapped this after the kids left the table so you could appreciate some of the mess. 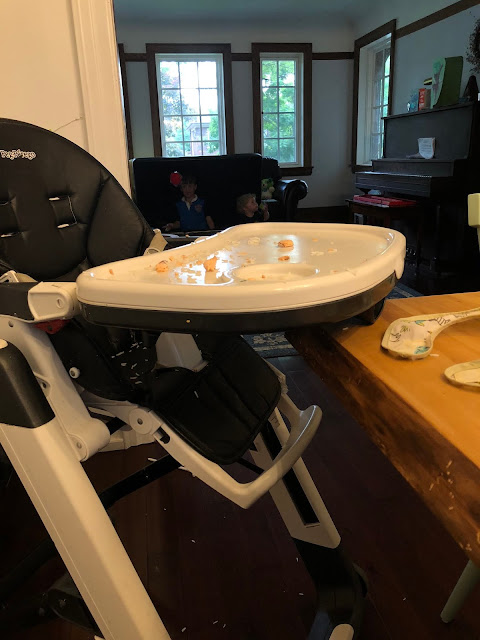 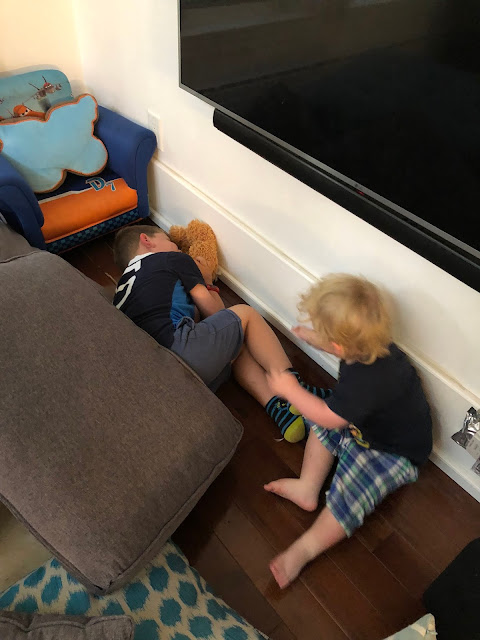 This is when I lay on the couch and get jumped on. 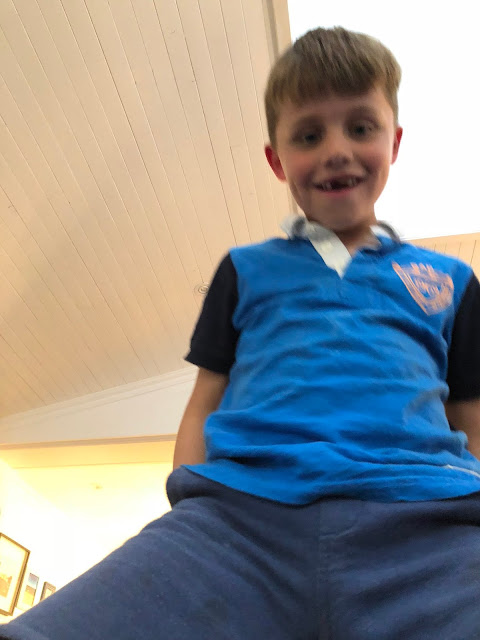 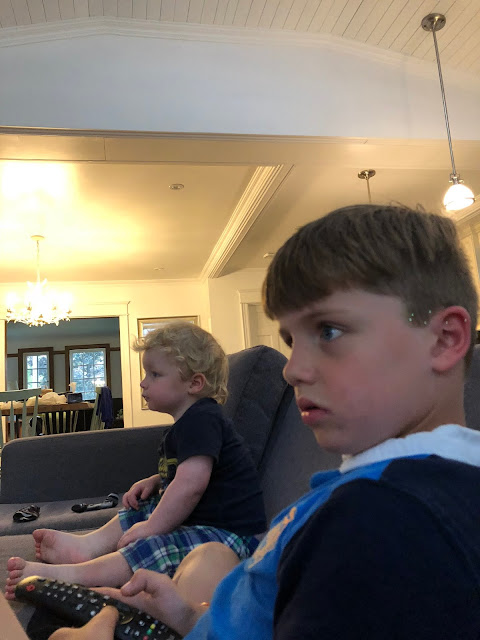 On Saturday morning I got up early and went to Pilates, such a great way to start the morning.  We had thought about going downtown but since it was raining and I wasn't sure what would be closed for Pride weekend, we decided to go to Sherway Gardens instead.  I had something to return at Nordstrom and a gift card to Indigo. 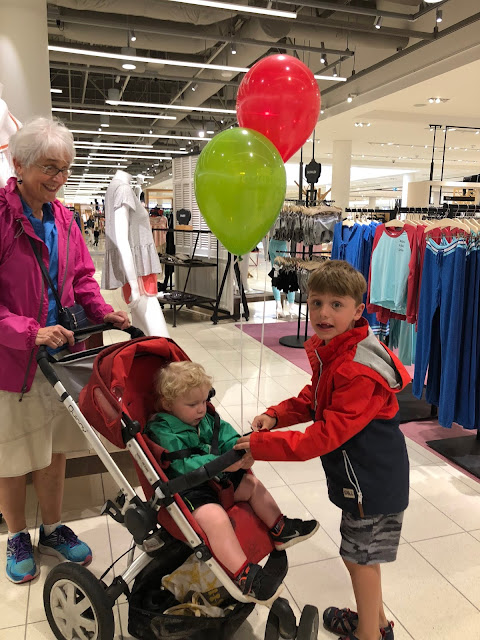 They tied a little plastic thing on the end so they wouldn't fly away. 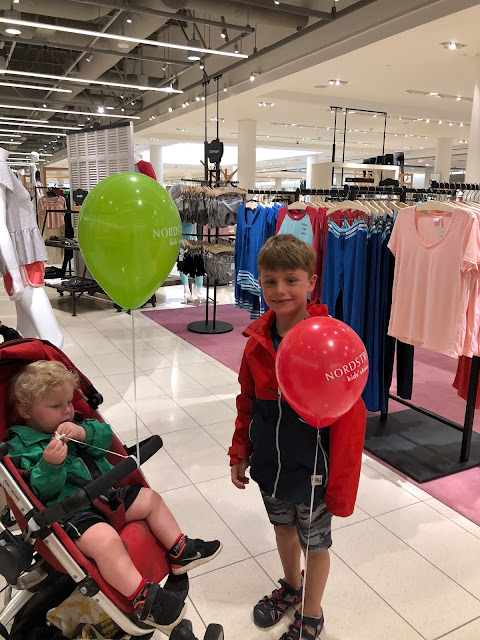 We stopped in for a little snack at the Danish Pastry House.  Q insisted on eating his out of the bag. 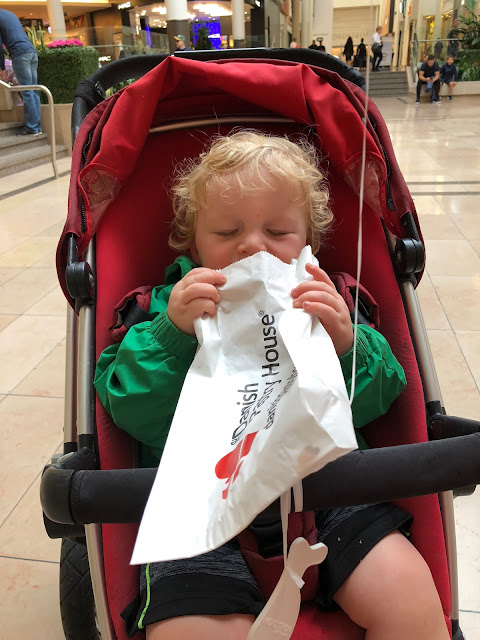 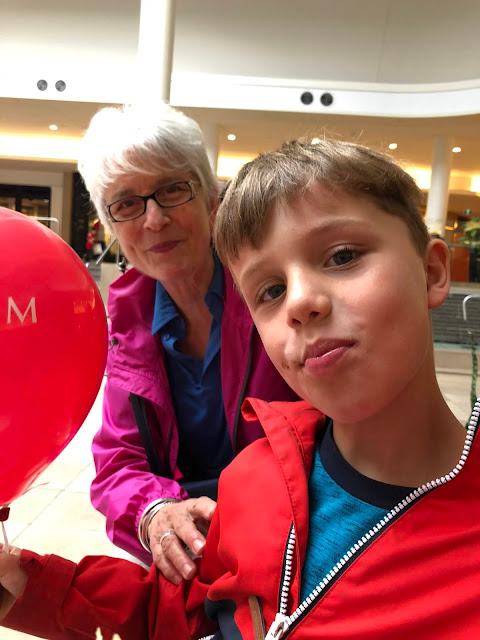 Before we left we picked up some McDonalds for the boys (with another gift card) and brought it home with us. 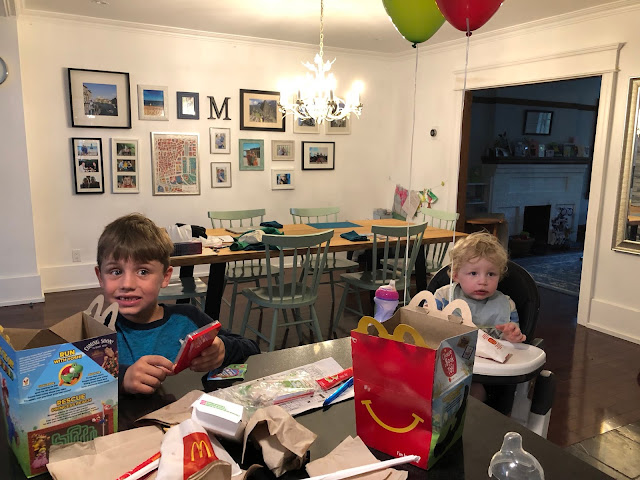 The rain stopped in the afternoon and we went to High Park for E's t-ball game. 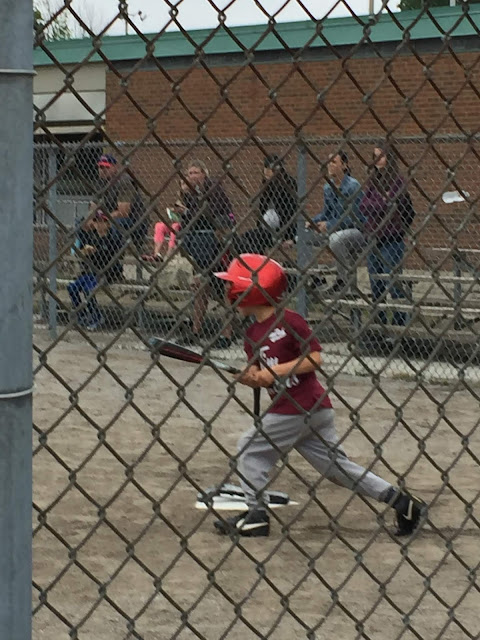 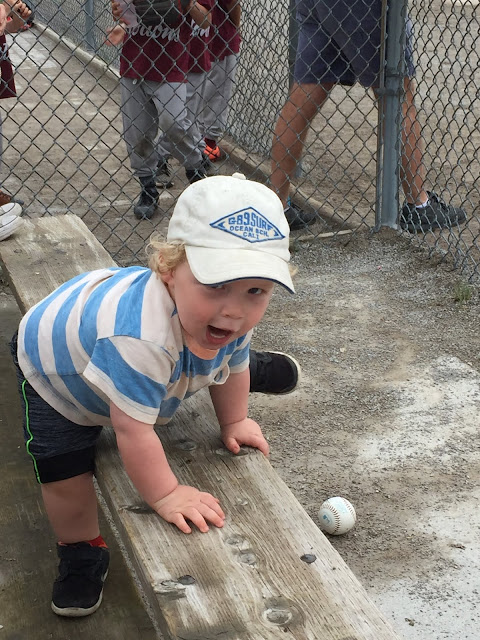 Drinking water though the fence is much more fun than drinking out of your own water bottle. 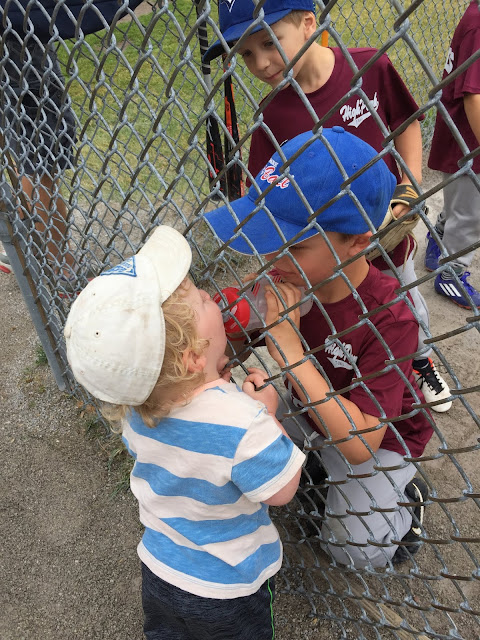 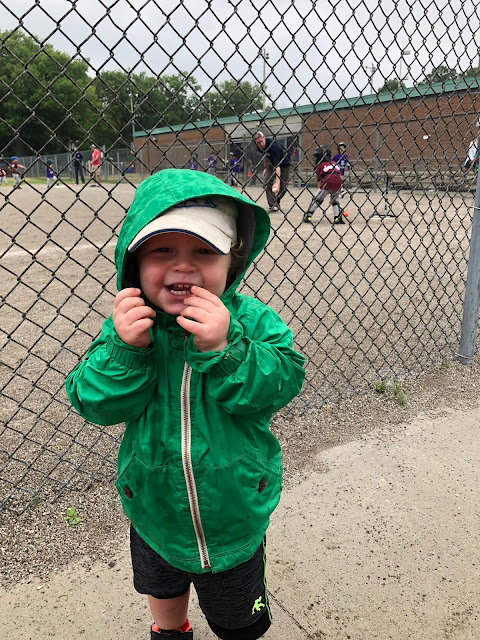 It did rain for a short while, but it didn't last for too long. 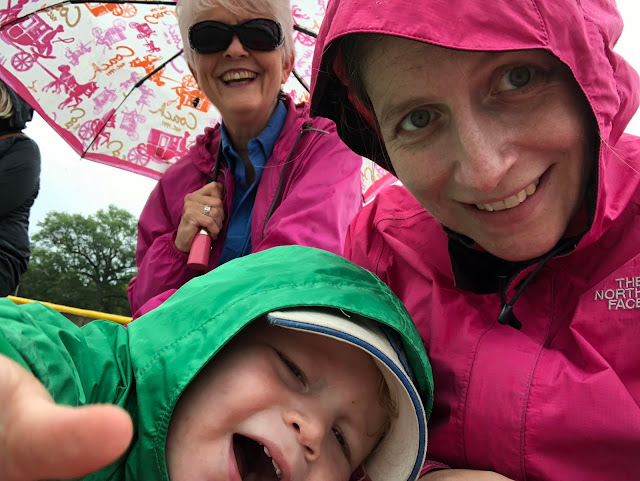 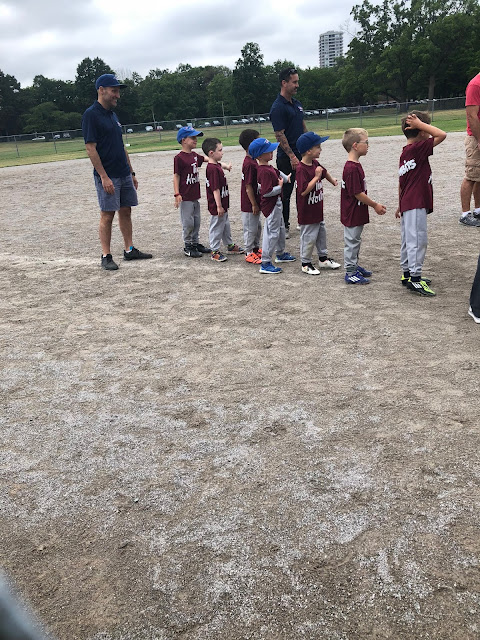 We had some turkey burgers for supper and rum cake for dessert.  Mom brought me a few more birthday gifts so I opened these on Saturday evening.
This one has Q looking at the camera. 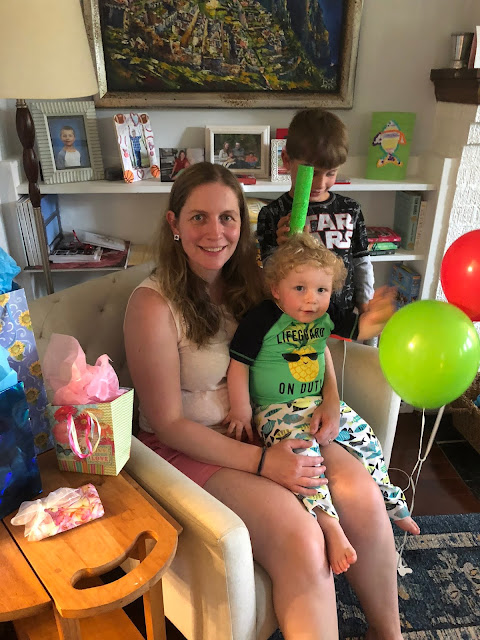 And E is looking here. 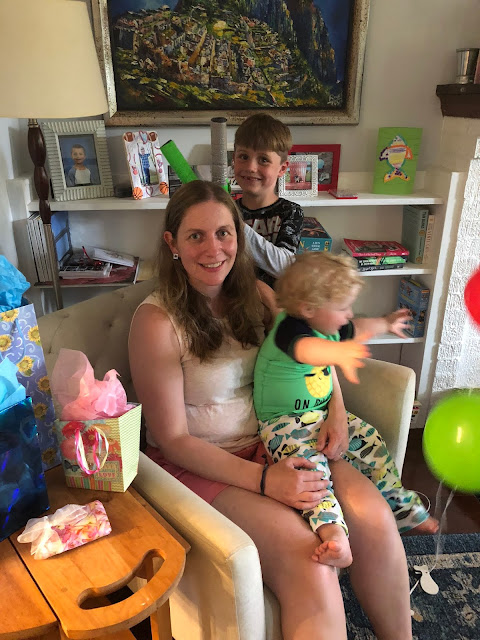 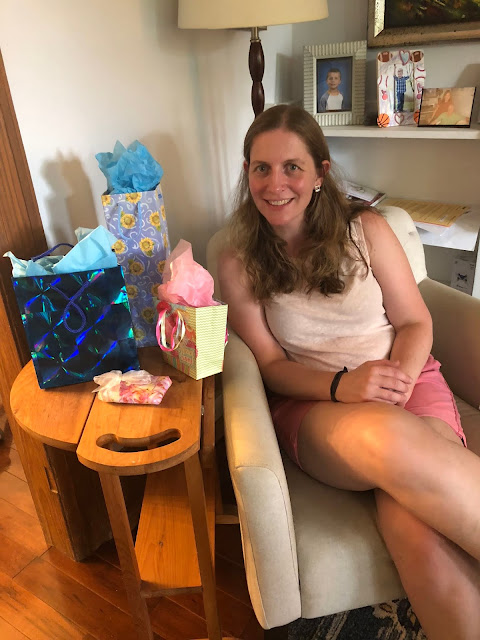 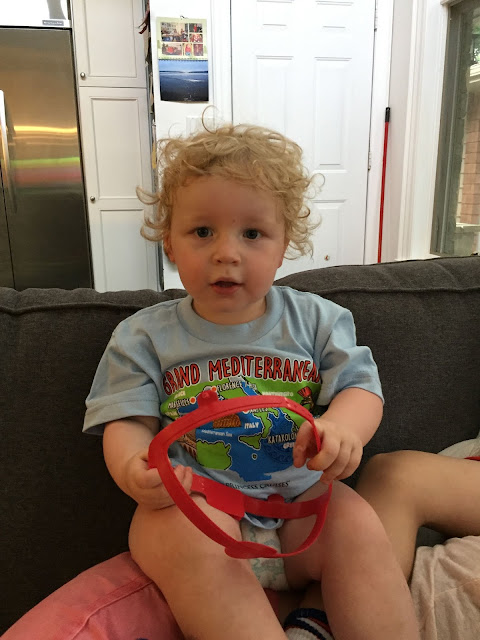 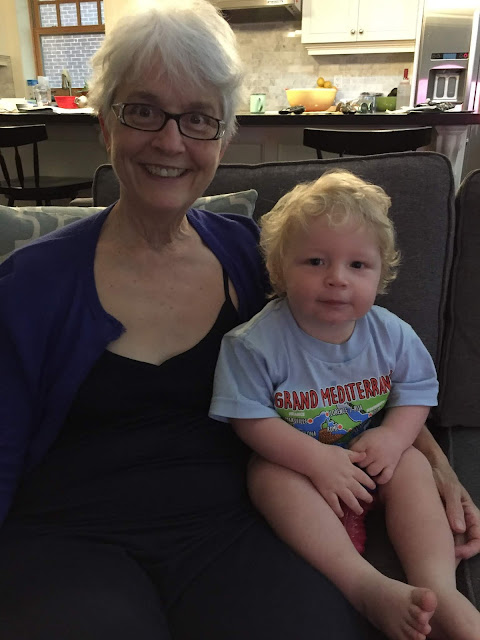 On Sunday morning it was raining again, but this yummy breakfast brightened my day. 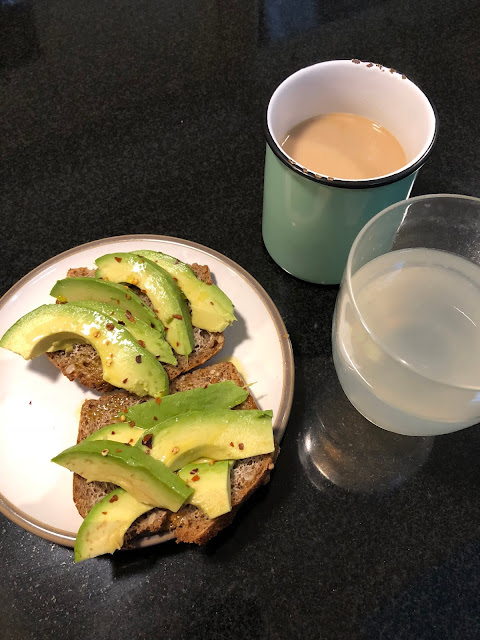 It was the last day of Children's Church for the school year.   The junior choir sang and the children did a presentation of what they learned and sang a few songs of their own. 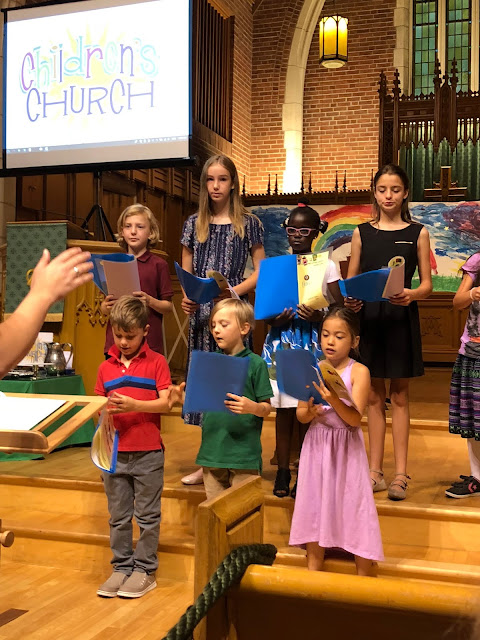 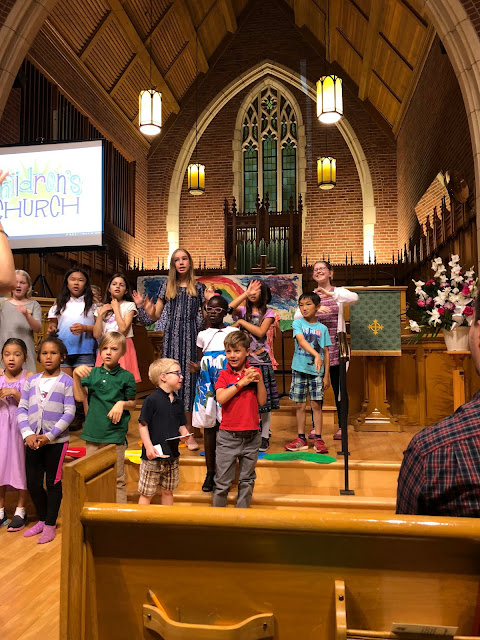 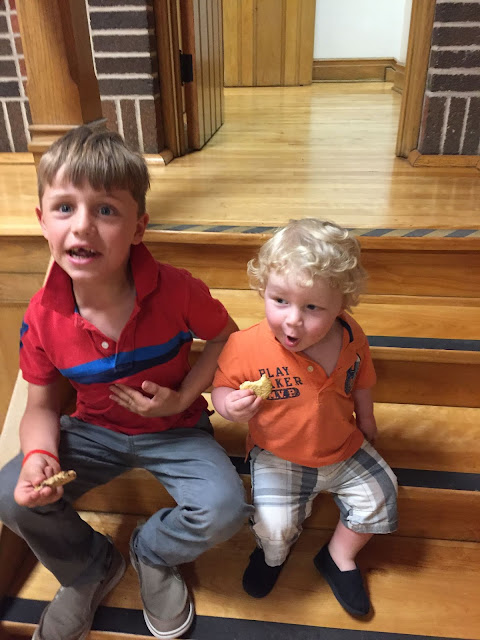 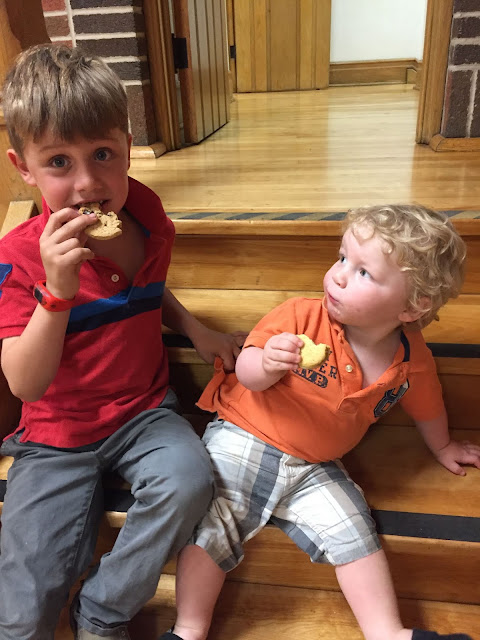 We got ready to go to E's t-ball game in the afternoon but it was cancelled just as we were leaving. So instead we went to see Incredibles 2.  It was a great movie and a bonus, E got to sit with one of his friends who was also there.  I love our community theatre! 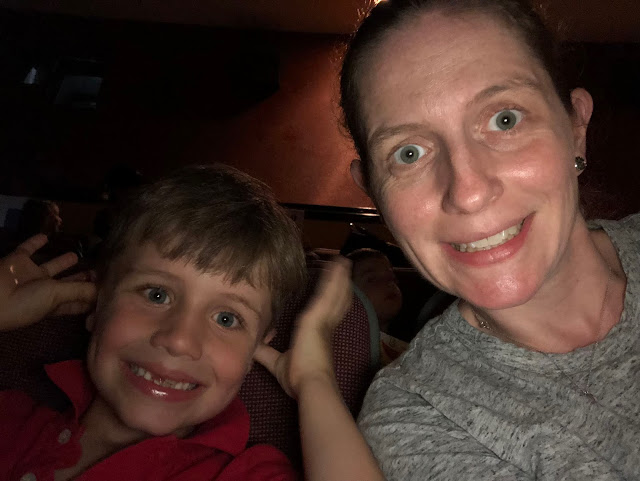 We had some chicken pasta for supper, did baths, and bedtime.  Dave got home from his golf trip in Moncton after 10:00, and we were all tired after a full weekend all around.