What a great Halloween!  I always love seeing the kids and the different costumes.  E and Q had a lot of fun.

We scooped out our pumpkins on Monday night.  E helped with one of them and did a great job! 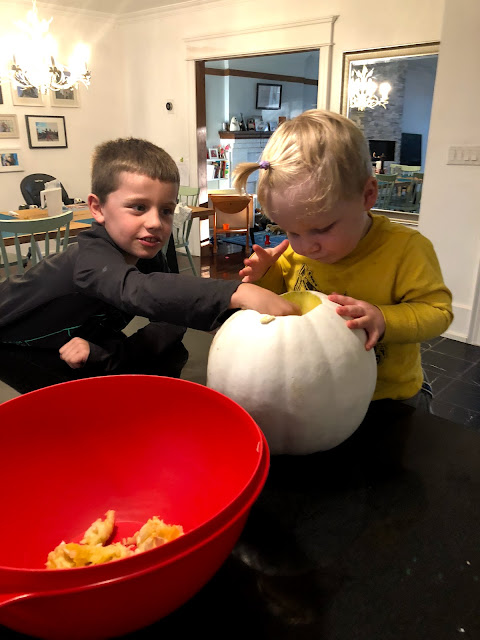 Q not too sure about it.  Maybe a little too icky for him. 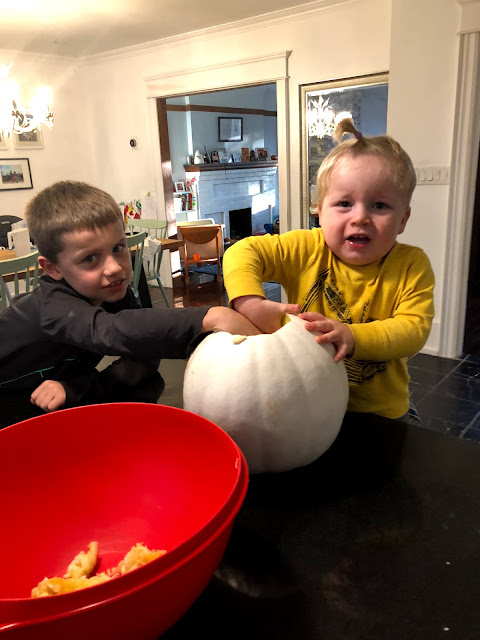 We tried out some white pumpkins this year.  I had a vision of a Day of the Dead theme, and this is how that turned out.  The paint and brush were not the best, but you get the idea. 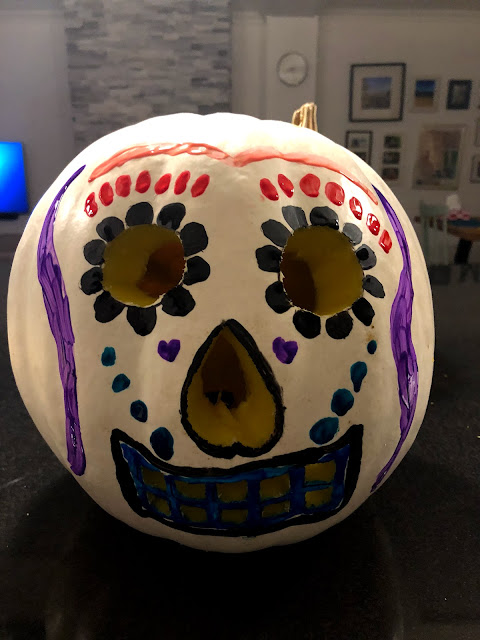 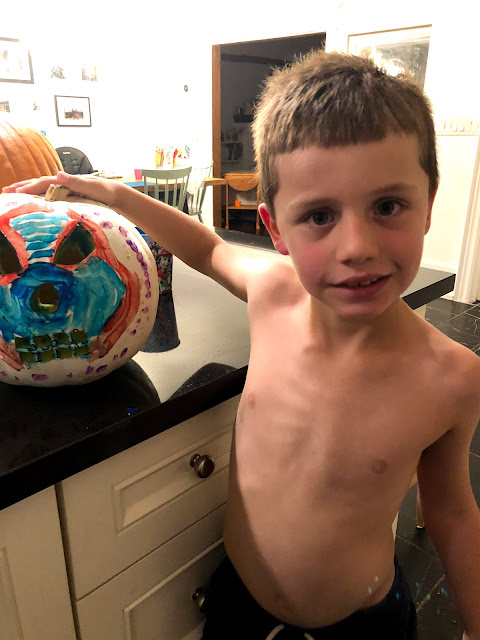 The one of the left is a stencil, the one on the right is designed by E.  The spot on the left of its face is blood, FYI. 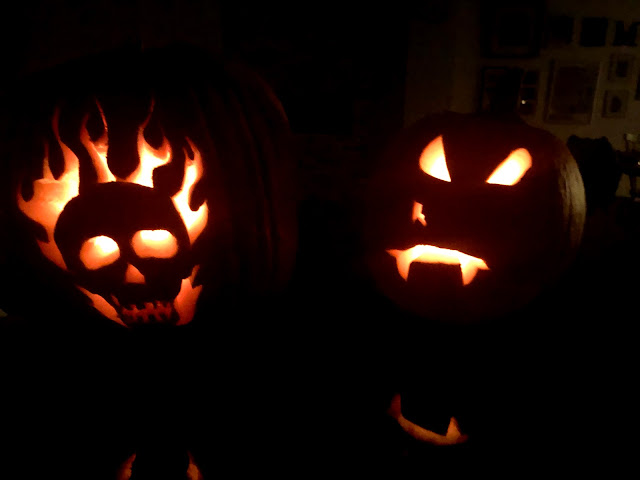 We love doing the pumpkins! 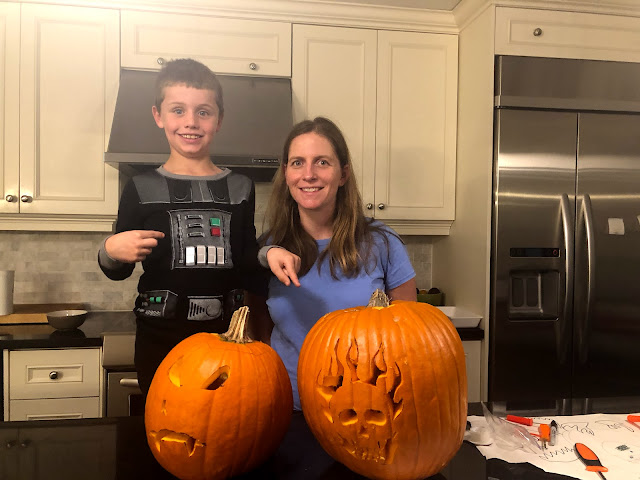 This is E's artwork from this week - inspired by Day of the Dead.  I asked him if he wanted to watch Coco (that Disney movie about it) and he thinks it would be too scary for him. 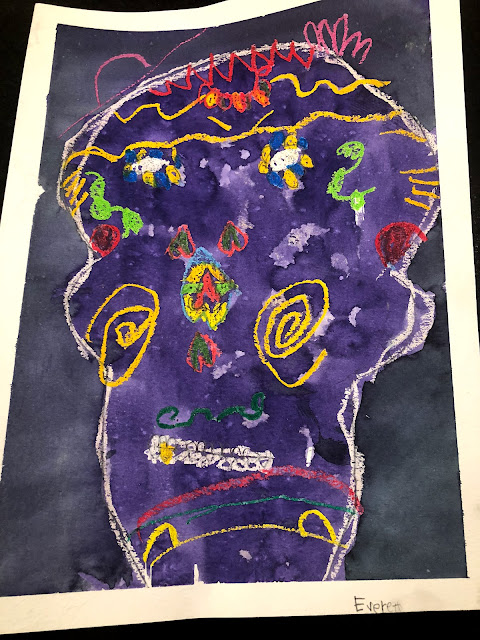 The kids both dressed up for school, although I don't think Q wore his costume for a long time.

Ready for our trick or treaters! 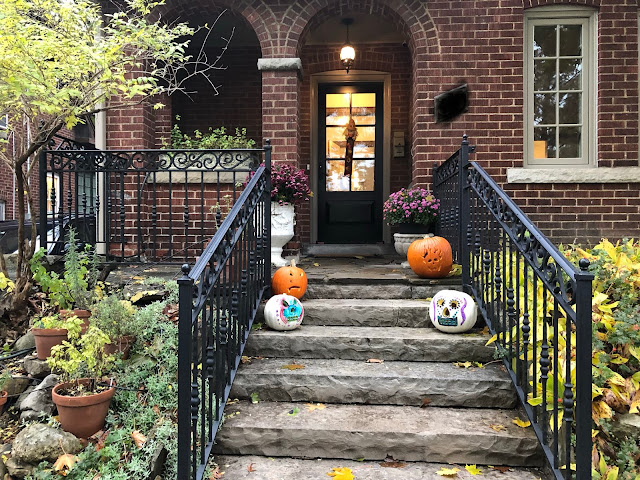 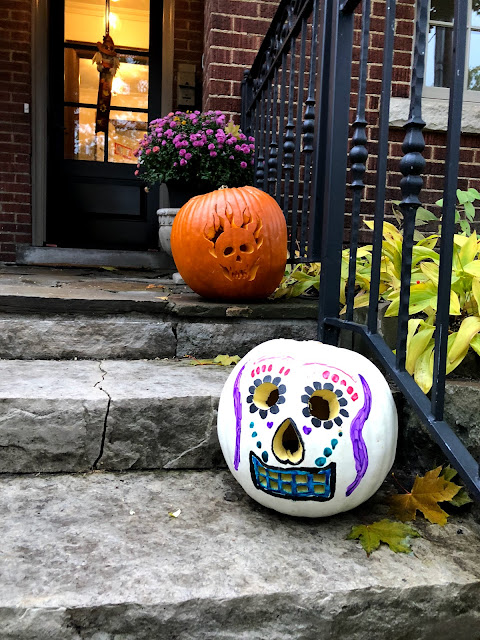 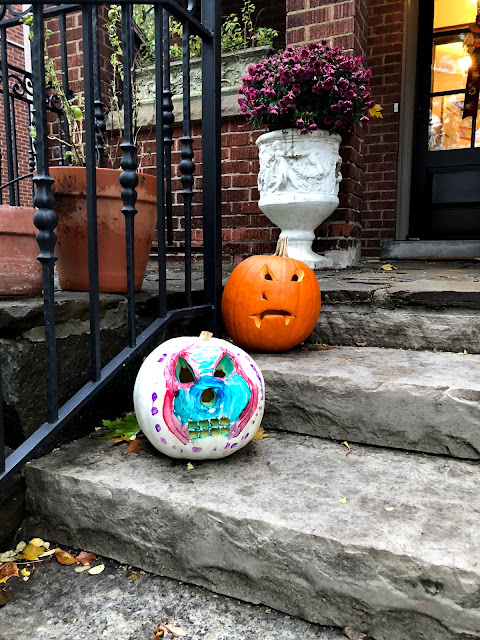 The neighbourhood kids showed up before we were ready, so E threw his costume on, I made him pause for a photo and then he was off.  I didn't see him again until the end of the night. 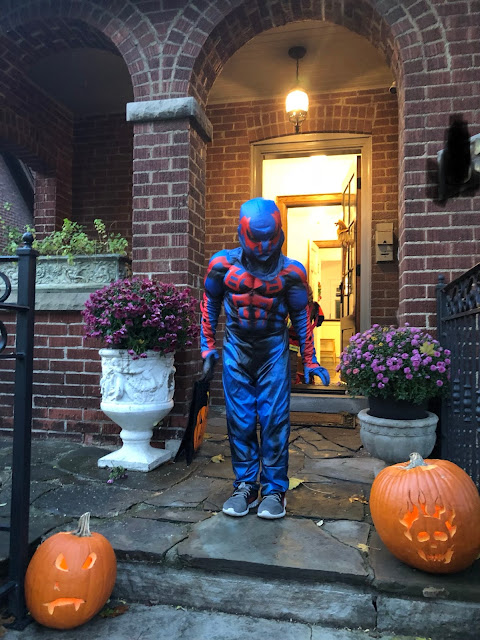 Q donned his costumer and set out with Dave for a few houses. 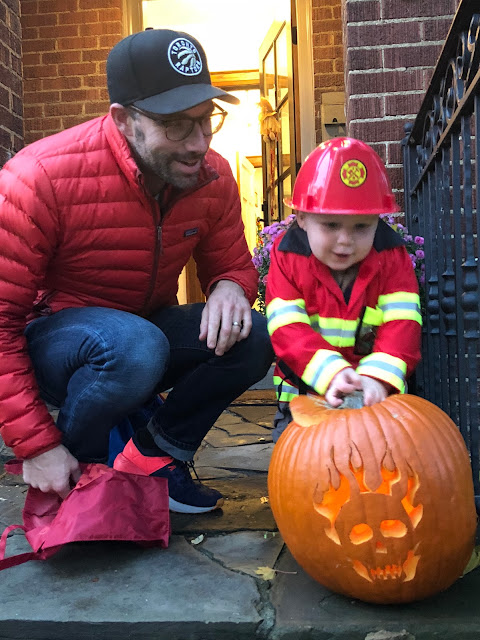 He came back before 7:00 and dug into the full size Kit Kat bar. 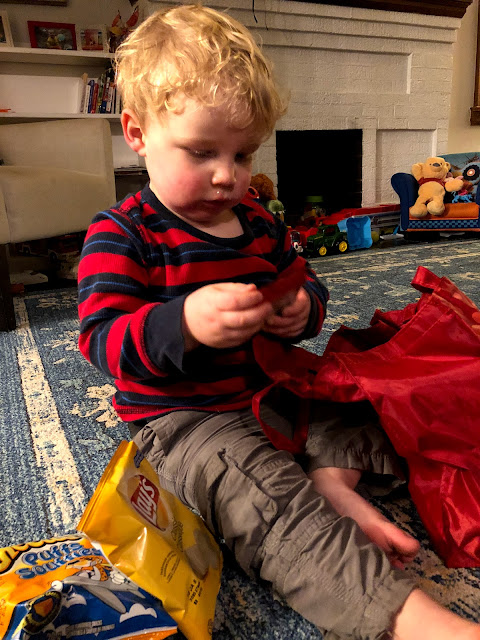 Then he helped hand out the treats before I made him go to bed. 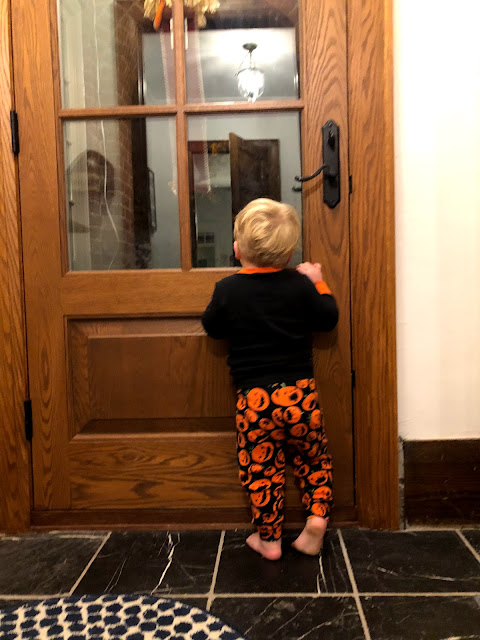 After Dave dropped Q off he went off in search of E.  He decided he was done at about 7:00 and wanted to hang out at his friend's house and then go to the Haunted House at the Baby Point Club. So Dave went up there with him, and I enjoyed my wine and some This is Us :)

Happy Halloween for another year!