Hi Friends! I'm back!  We are all feeling better after all getting COVID last week.  In terms of symptoms, all were pretty mild, all in all.  Q had a cough and runny nose, E had a sore throat and runny nose, Dave had a sore throat, and I had stuffy head and headache.  I probably had it the worst of everyone, which is good I guess since I'm the toughest :) #woman
Not too many exciting Friday Favourites to share but I did want to check in with a few things.
To start though, my God, the devastation and tragedy in Ukraine just continues!  I watched President Zelensky's address to the UN Security council and watched the horrific video that accompanied it.  It was probably the worst thing I've ever seen in my life.  I don't know what is going to happen, and if anything from can come from outside Ukraine that is going to make a difference.  I looked back at Rwanda and what happened in that genocide (forgive me for not really knowing the full story, I was 12 at the time) and Wikipedia tells me that the outside world did nothing (despite our Canadian man on the ground Romeo Dallaire sounding the alarm bells) so it appears nothing will happen here either.  I know it is difficult to hear and read the news but you are a citizen of this world and you need to know what is happening.
*Getting down off of my soapbox* 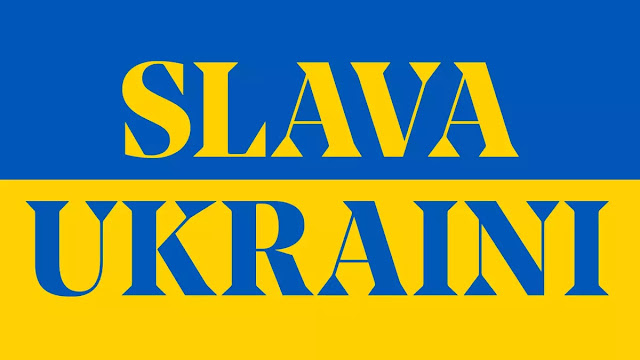 Now onto some trivial items:
I had not hopped on the Wordle train, and am definitely rolling my eyes at the constant sharing of Wordle scores on Facebook and Twitter (sorry guys), but E's class does it every day along with Globle which is a guessing game for countries.  So when he was home from school this week, we did them together and now that he's back I have been doing it myself so I can compare with how they did in class.  I do like a puzzle, but don't think I'll be sharing anytime soon ;) 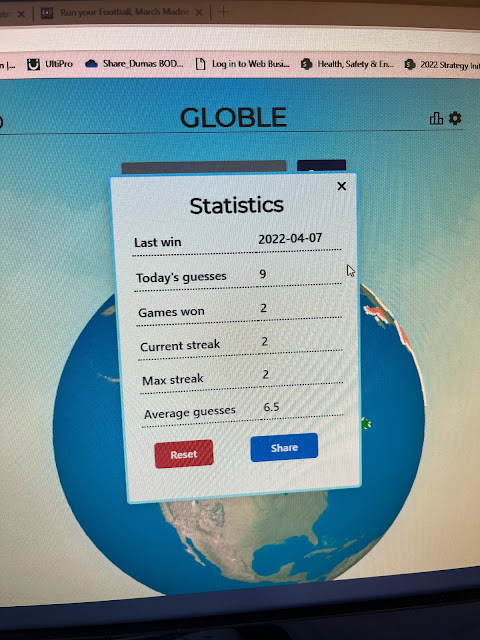 I love Chip and Joanna Gains and I was lamenting earlier this week that they have their own network now so I'm not going to be able to see them on HGTV anymore, but then (!) I learned that the DIY Network has been rebranded as their Magnolia Network in Canada and we actually have the DIY Network so now I get to see them.  I love Fixer Upper but there are many other great shows too (all in the evenings, it seems regular DIY Network stuff is still on during the day). 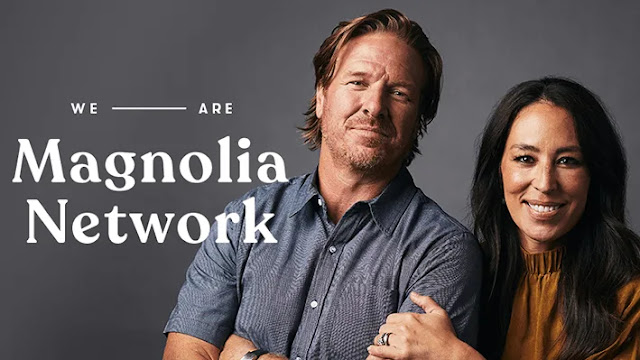 I had a can of jackfruit in the cupboard for a few months now and I wasn't sure when I was going to use it, then Lauren posted this recipe for "pulled pork" style sandwiches.  I made them last night and we liked them.  Q didn't like his (but this is not unusual) but E was glad to eat a second helping.  I mean, it's a good vegan substitute for pulled pork but since we aren't vegan and we don't eat pulled pork anyway, then we don't need to make it again. An easy recipe though if you want to try something new!  (I made half of the recipe for only four servings.) 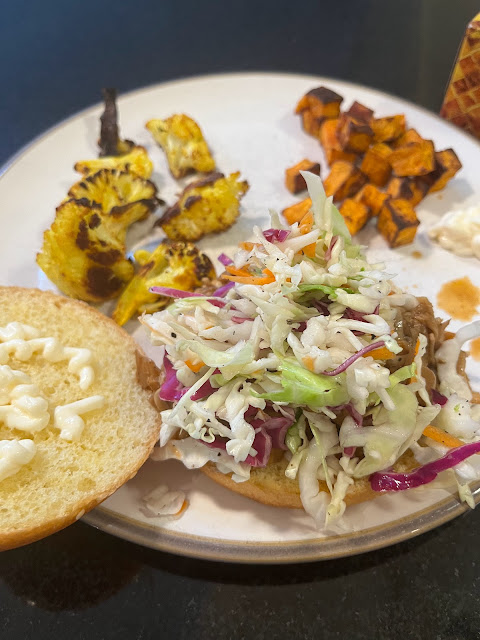 Dave and I joined a golf pool for the Masters weekend.  We had to pick six players with players given a "salary" and we had a cap to stay within.  I chose: Jon Rahm, Rory McIlroy, Sergio Garcia, Corey Connors, Lee Westwood, and Tiger Woods.  I'm doing okay after the first day (Dave is not).  We like the Masters anyway but I like having this additional reason to watch and track my players.

Linking up with Andrea and Erika.