On Friday morning I noticed something that looked like dirt collecting under the Easter tree.  Upon closer inspection it looked like something was inside the branch eating away, so the dirt was actually wood dust.  I took the tree down then and thought I'd better take a photo before I did.  The boys  had done all of this decorating themselves and did a great job! 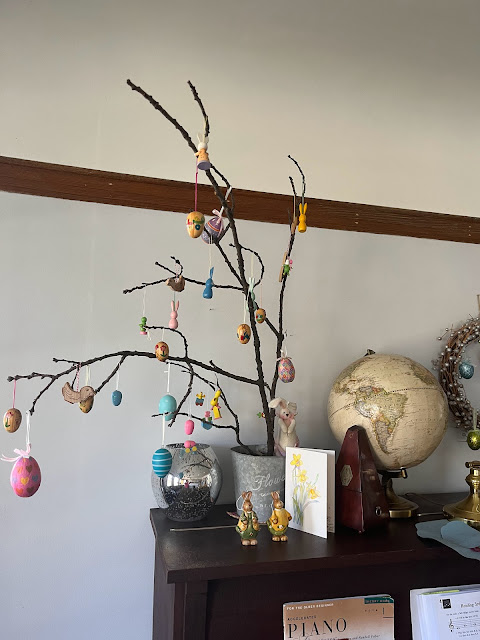 I had a busy day at work and was happy to transition to pizza night after I picked up Q from school. We put on a movie while we made our pizzas. 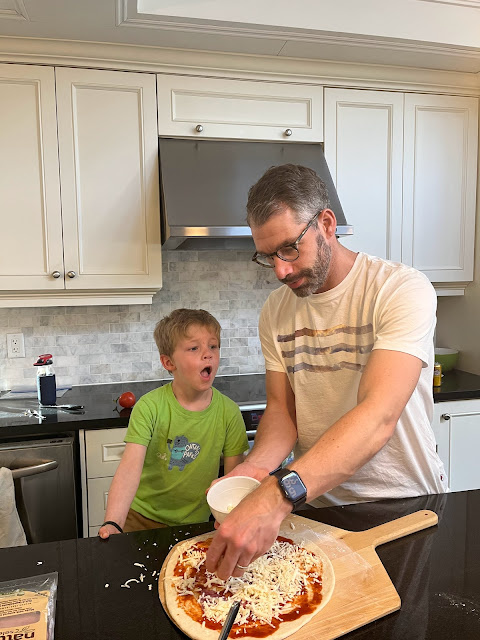 On Saturday morning Dave went for a long run in preparation for his half marathon on May 1 and I did a 45 minute Peloton ride.  We then watched the F1 qualifying sprint race and had an early lunch.  I took E to the mall after that.  He needed some new pants, shorts, and sneakers.  We were successful with everything but the sneakers, but I ordered some online when we got home. 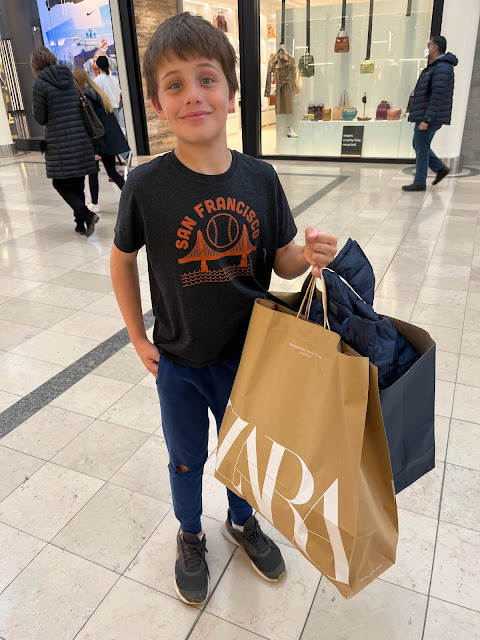 Mandatory stop at the Apple store. 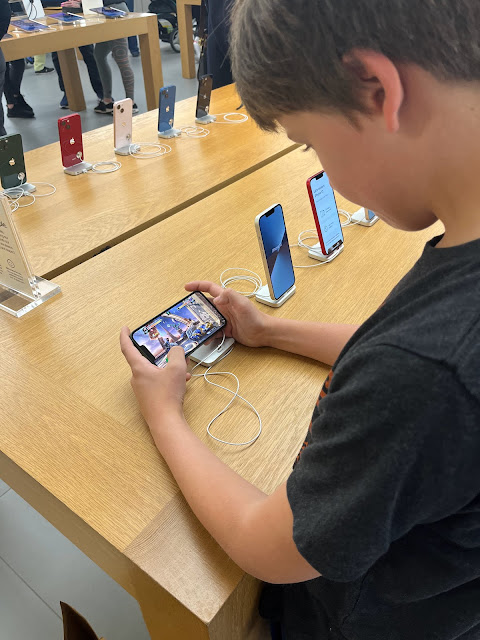 Mid-afternoon we sent the kids outside to play and then we caught up with some of neighbours in their yard before going home for supper.
On Sunday morning we were at High Park bright and early for Q's first ball hockey game.  They will usually be on Saturdays but they had moved this week before of the forecasted rain on Sunday.  Q was very excited to play! 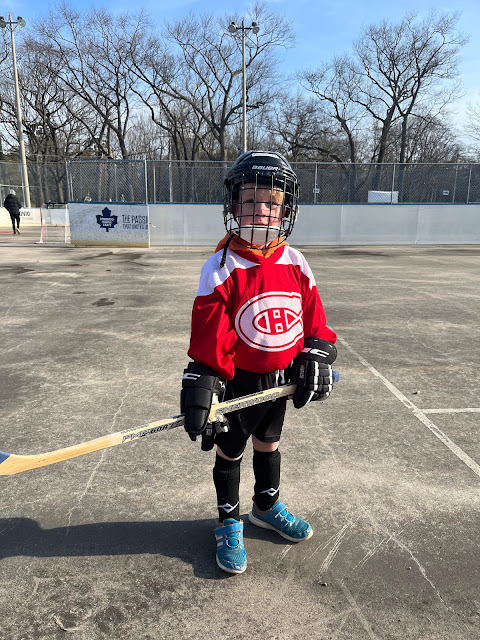 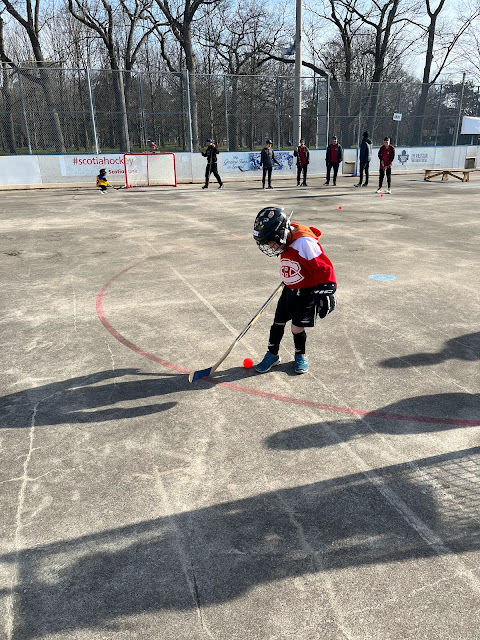 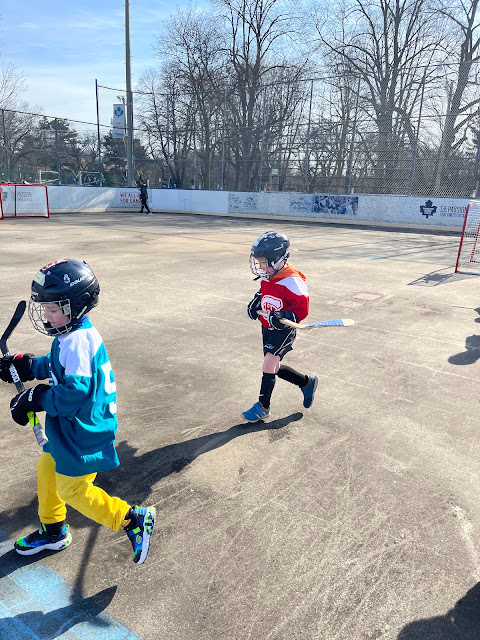 Dave and E threw the baseball around. 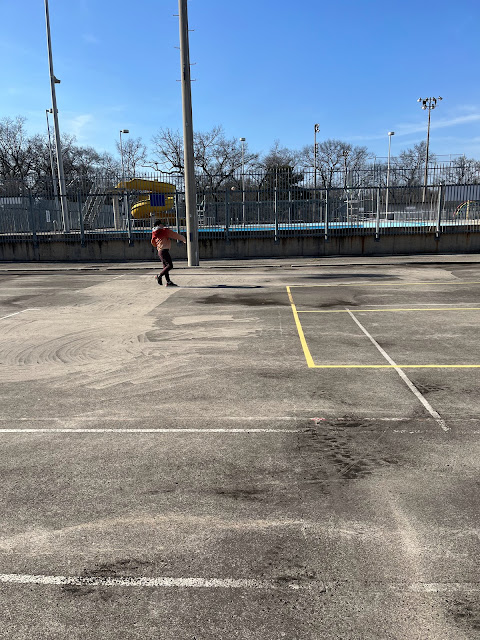 We went to the park after lunch to visit with some of Q's friends.  It was nice to be outside in the sun!  Dave had bought last minute tickets to the Monster Truck show in Hamilton so he took the boys to that and they grabbed some supper beforehand.  The recommendation was from Q's friend who had gone to the truck show the day before.  Dave said it all worked out really well in terms of parking, timing to eat, and proximity to the arena. 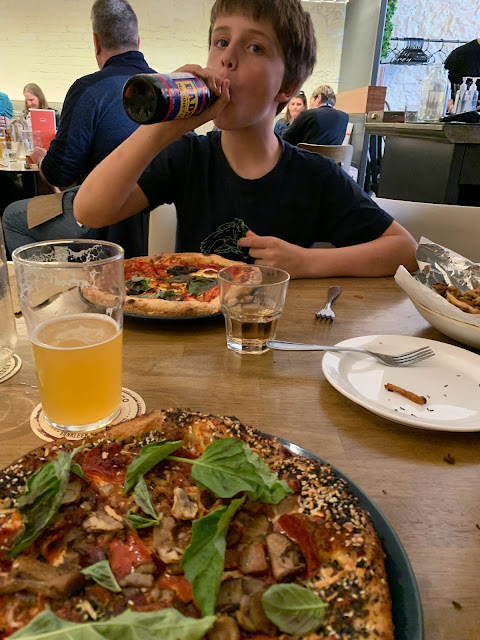 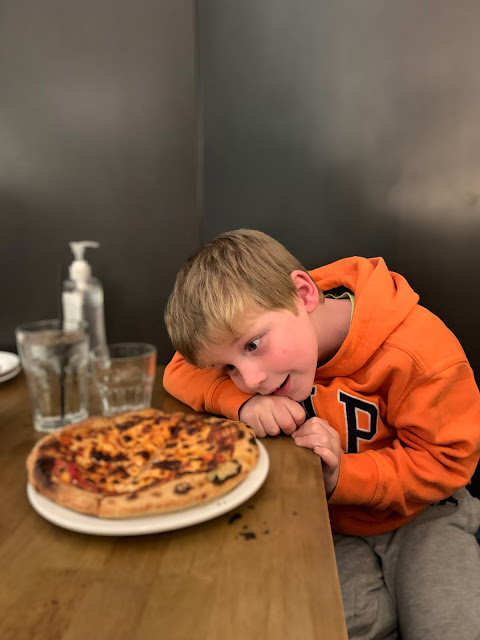 E has been to truck shows before but this was Q's first time.  He had a great time. 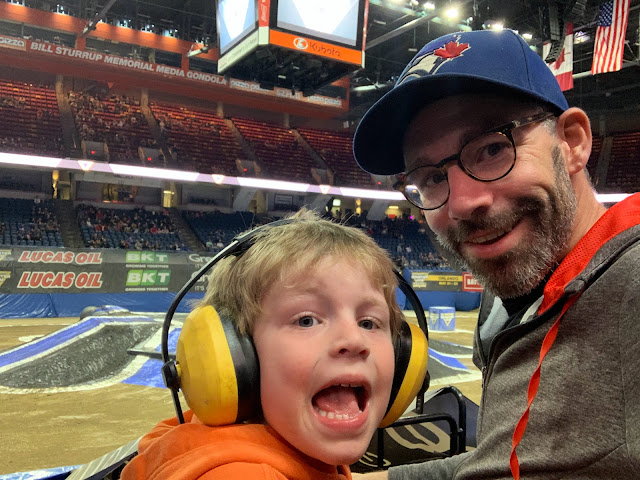 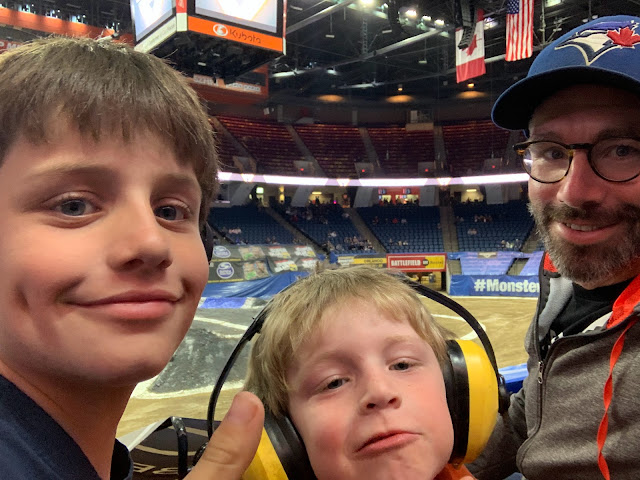 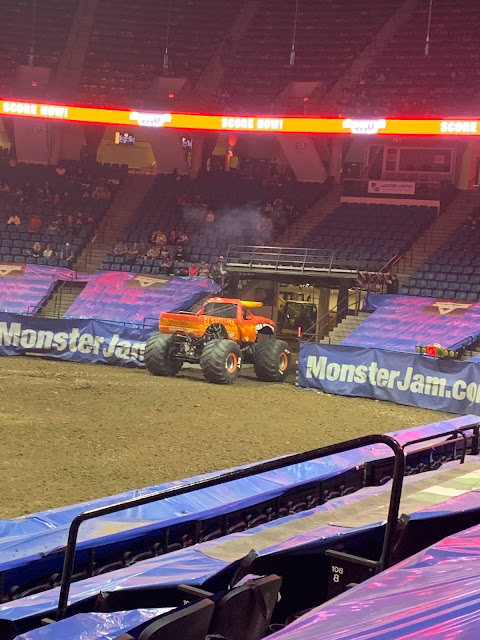 If you think I felt left out, don't worry about me!  I went to the movies by myself and had a great time. I saw All My Puny Sorrows at the Cineplex theatre at Bay and Bloor.  It was a beautiful movie and although not as good as the book, because it never is, it was pretty close. The acting was perfection, both in terms of casting and performance.  It was also nice to be out in the warm evening, I walked down to St. George station after the show and you can tell spring is getting here! 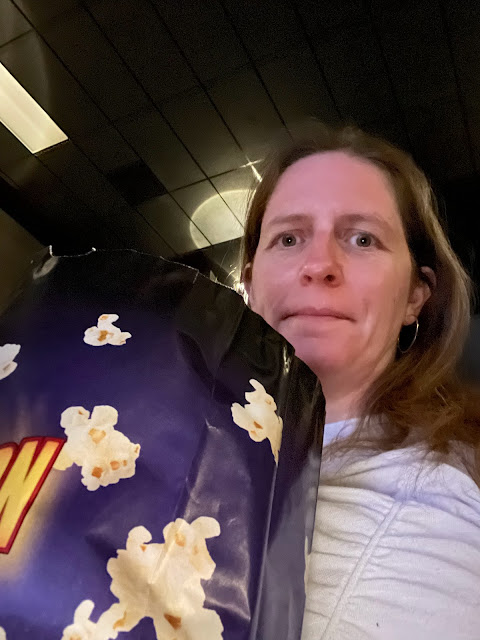 The kids were late getting to bed of course, but they were feeling fine the next morning.
Posted by TorontoSAM at 6:00 AM