Lots of fun this week, starting out with Monday night when I got to meet up with Natasha and Dara, two bloggers I've been following along with for a few years now.  Dara lives in the US but was up in Niagara Falls and Toronto for a family vacation, and Natasha lives in Kitchener.  Their families came along too, but since E had baseball I left my family at home. 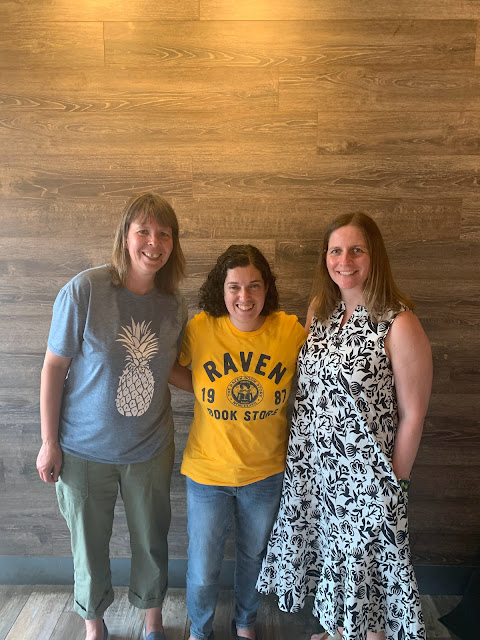 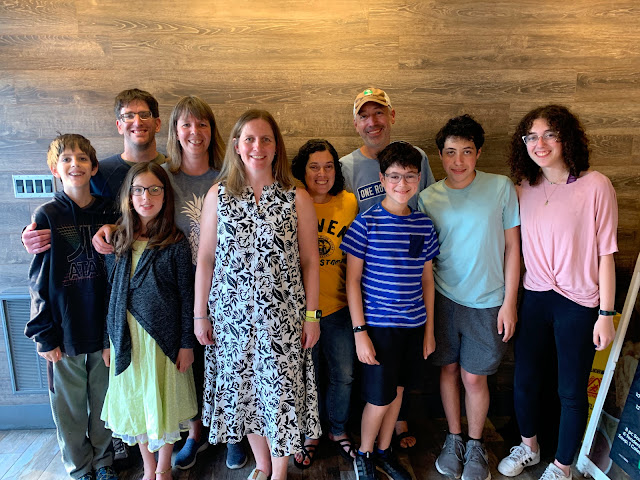 Our geraniums have taken off! There were so many blooms on both of them this week, and they all came out at once. 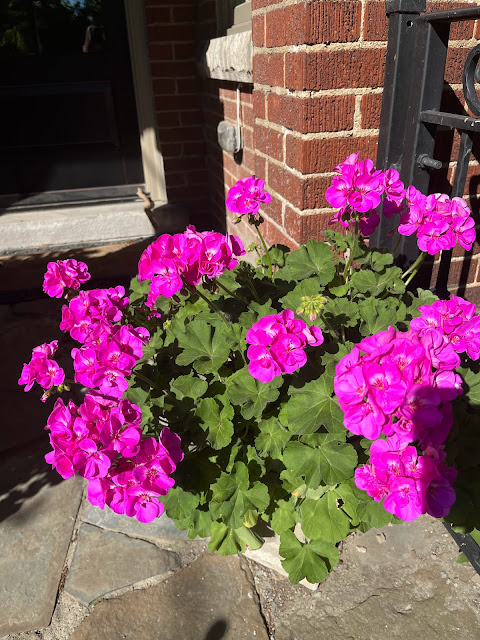 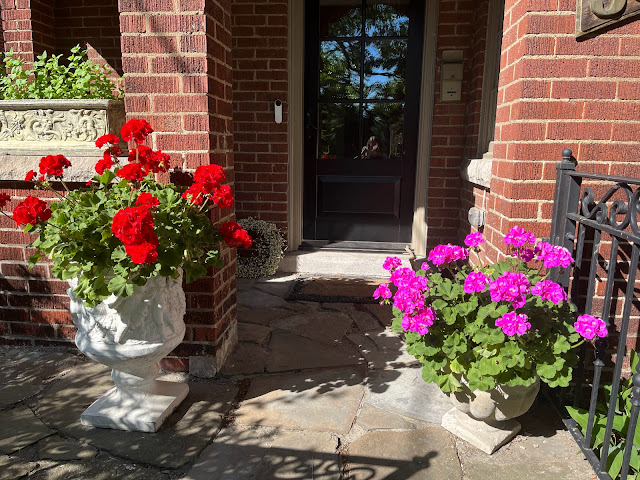 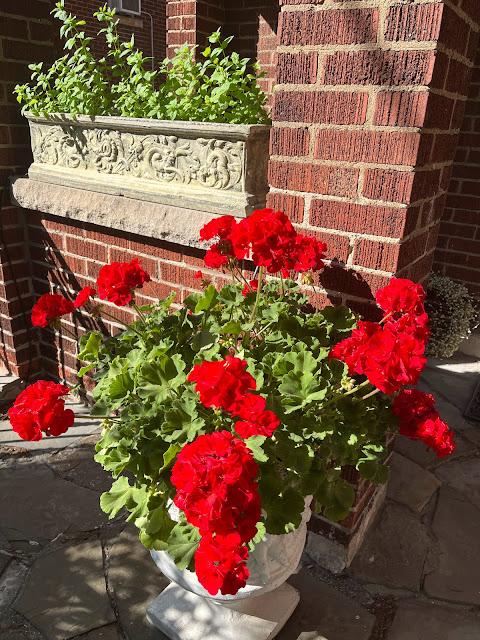 On Wednesdays, Dave has men's night at the golf club so I usually take the boys out for supper.  This week we chose Shakeys and got to sit in their awesome Muskoka chairs outside. It was a hot night, but the food and beer were delicious. We even saw a couple of E's friends. 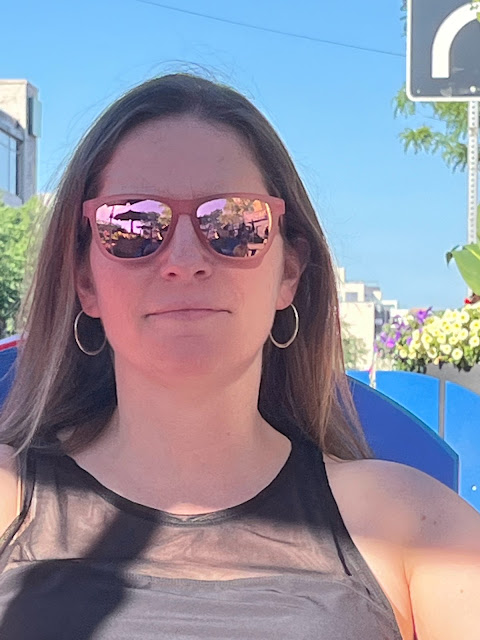 The sun got me eventually so I had to borrow Q's hat. That drink was in a precarious position but it didn't spill! 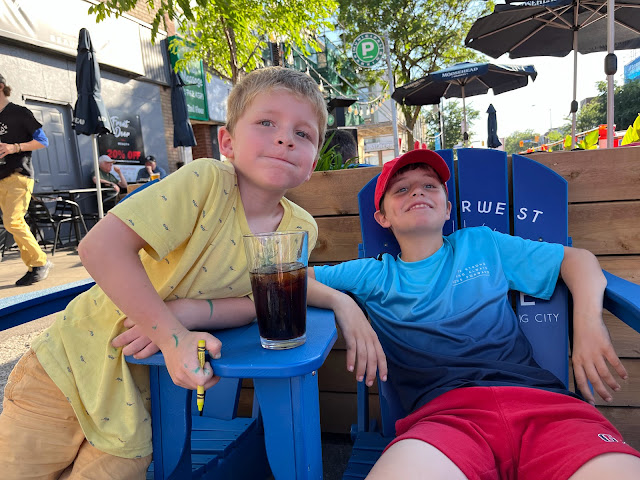 Then we stopped in for some gelato on the way home. 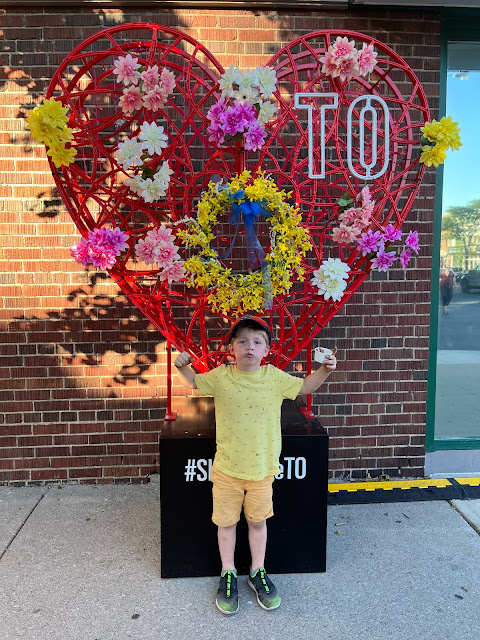 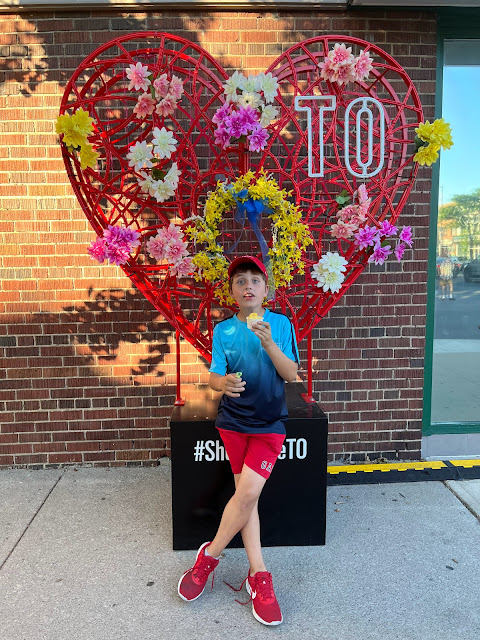 As school wraps up next week, I wrote about the kids' past year - E in Grade 5 and Q in Senior Kindergarten. We're looking forward to finishing up the year and officially head into summer! 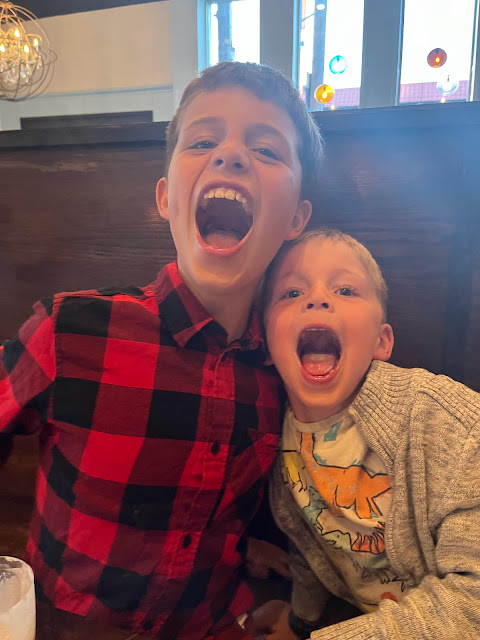