I feel like I'm a broken record but we had another great June weekend, the last one of the month.  We have been very fortunate to have lovely weather with a good mix of hot and humid and also breezy and comfortable.

I actually went into the office on Friday, it was a beautiful day so I had to snap a few photos of my view. 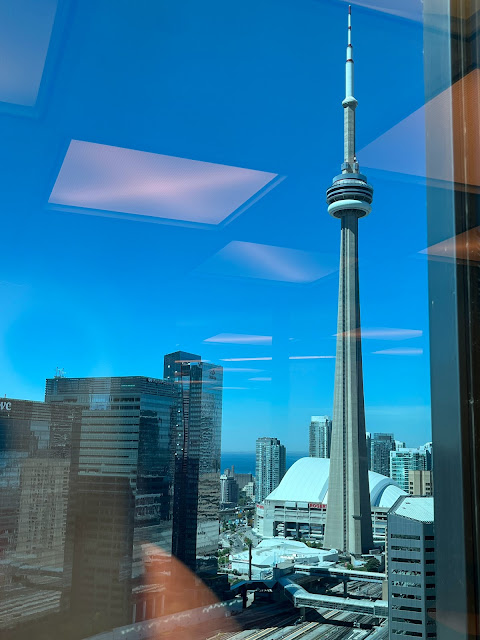 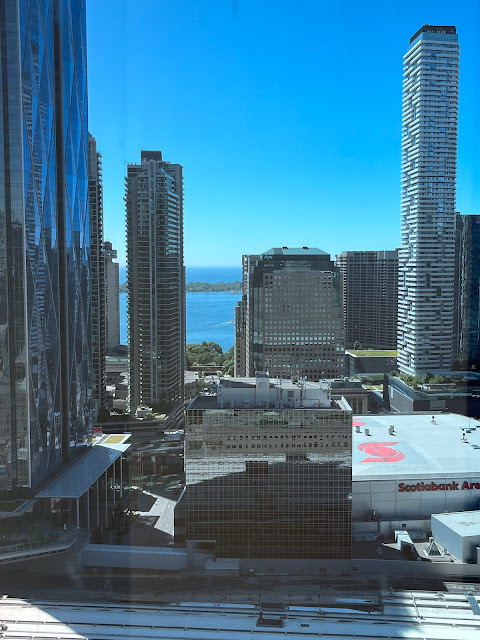 My drink matched my watch. 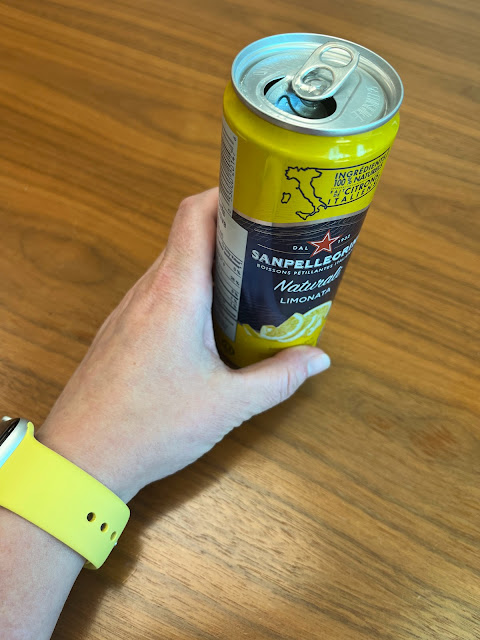 Dave got a round of golf in with some of his friends. 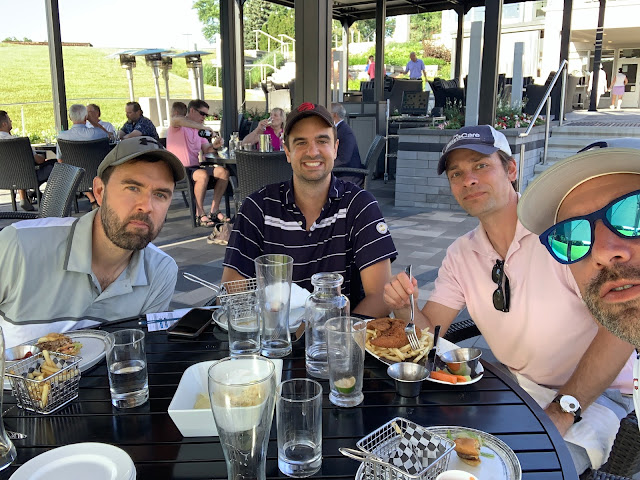 After supper we hung out at the neighbours' yard, Q was hanging in there with the big boys.  Quick stop to get a drink. 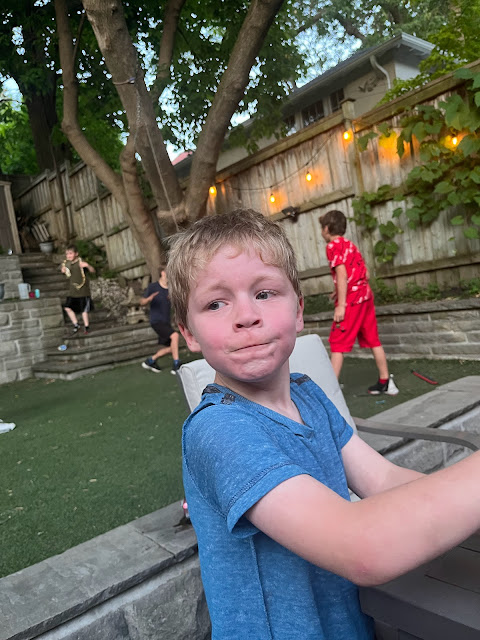 On Saturday I took E to his baseball game and Dave went to ball hockey with Q. 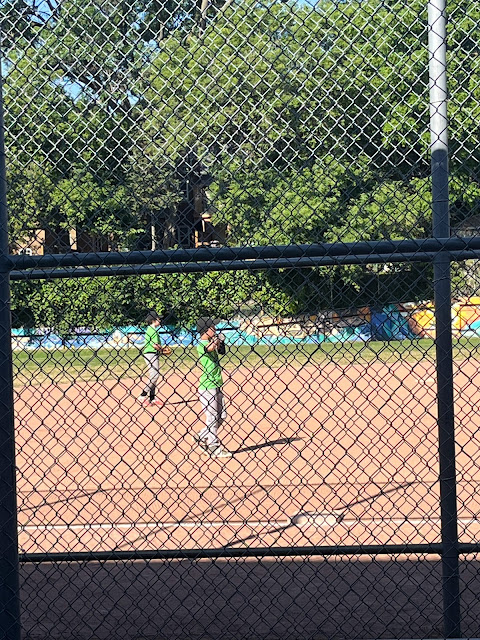 It was the last day of hockey and Q's team won their game and got the trophy. 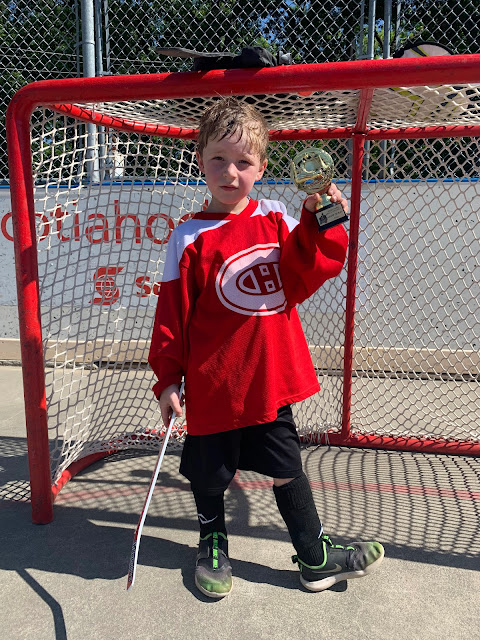 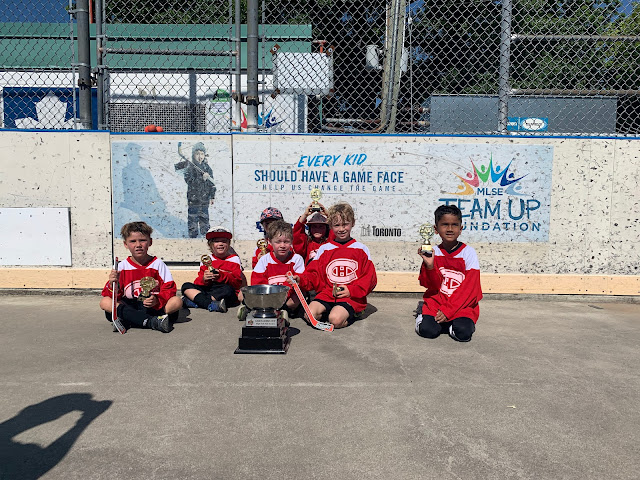 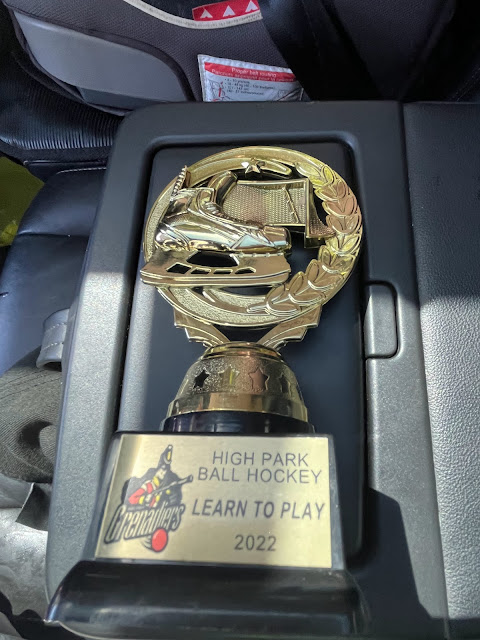 After lunch we took a spin over to Hendersons where they were doing a pop up oyster bar.  A successful outing! 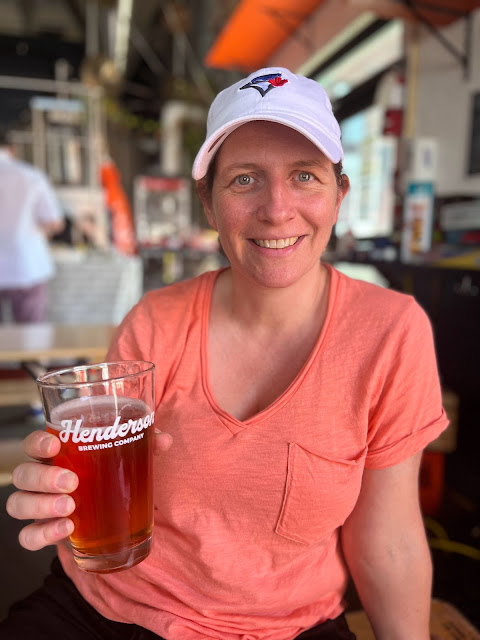 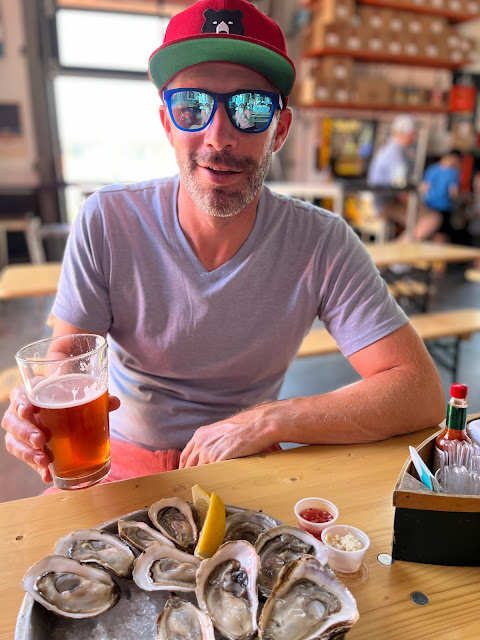 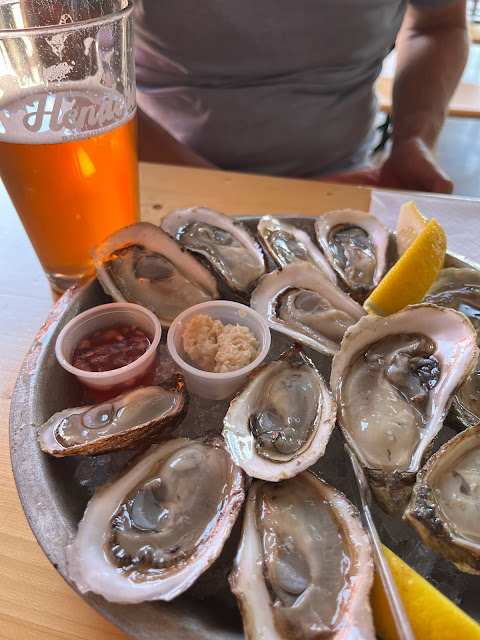 The kids love the cream soda... 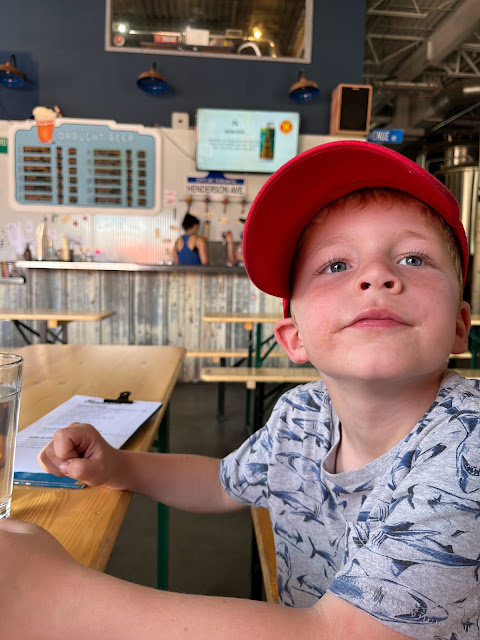 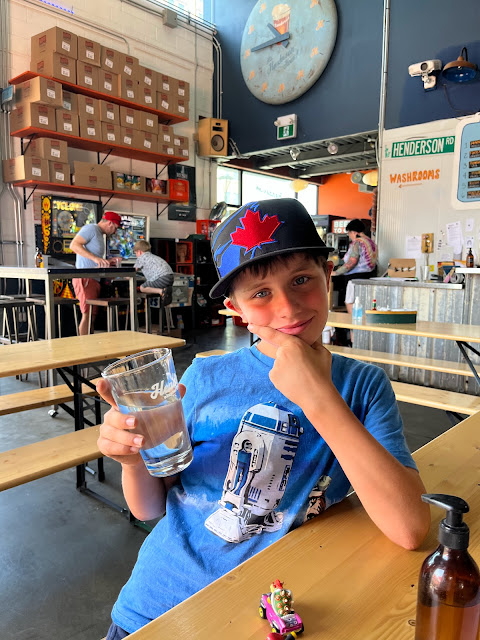 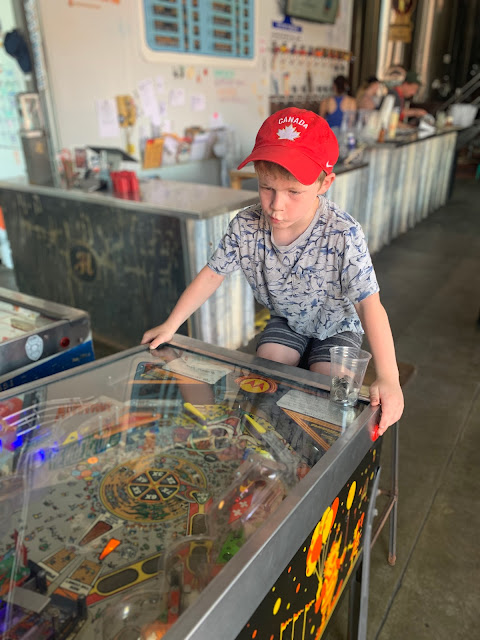 We made the kids stay outside when we got home where they had some time in the sprinkler and Q did some chalk stuff.  Dave was working on the lawn and I did have a little nap :) 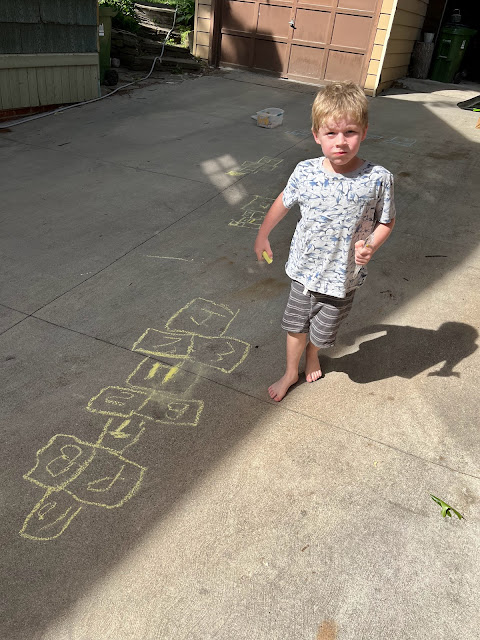 Then we made some drinks and got the Blue Jays game on the outdoor screen. 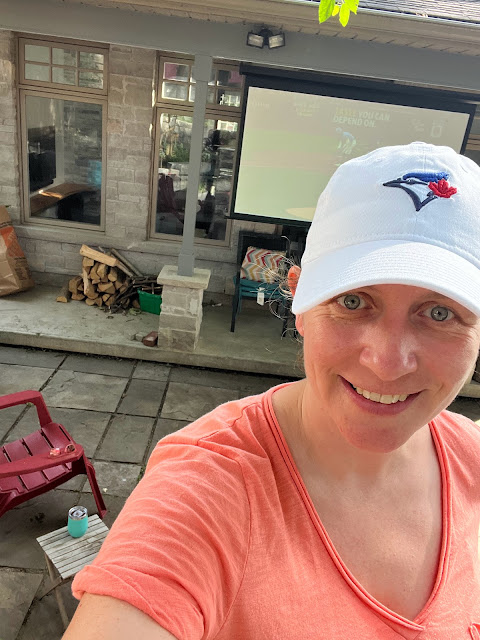 We had picked up some frozen General Assembly pizzas from Hendersons.  We cooked them up on the BBQ and quickly devoured them.  After supper we watched Obi Wan. 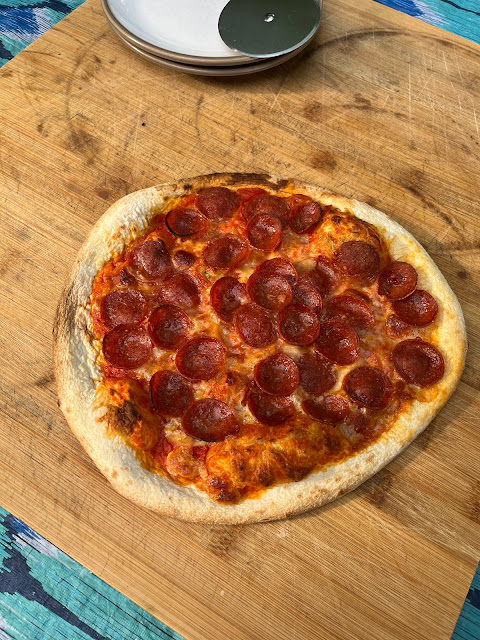 On Sunday morning I went to Costco and bought all of the chips, then did some tidying up.  E had his first in person piano recital in the afternoon. He did well. 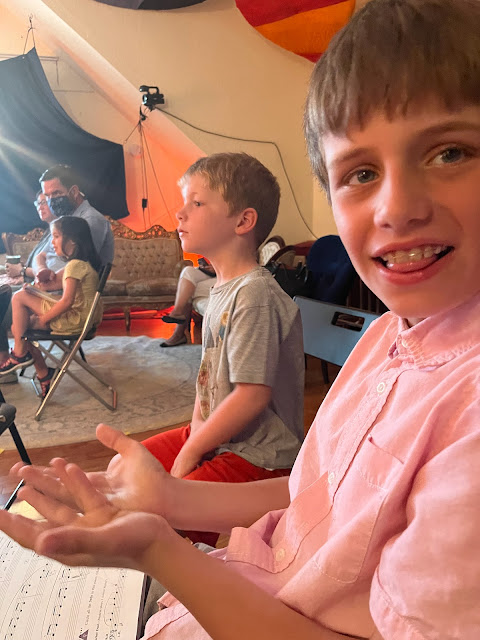 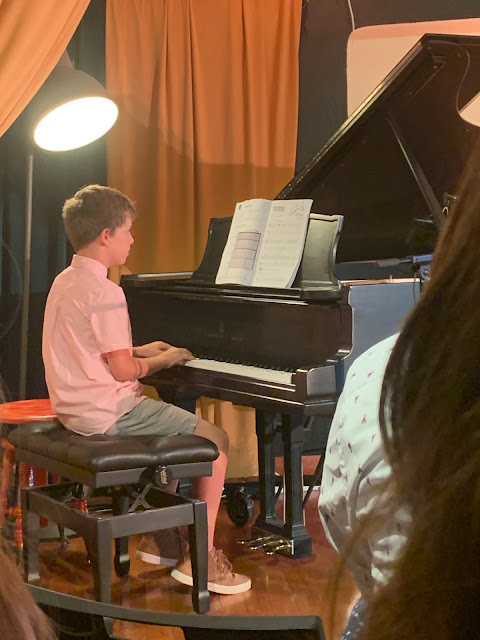 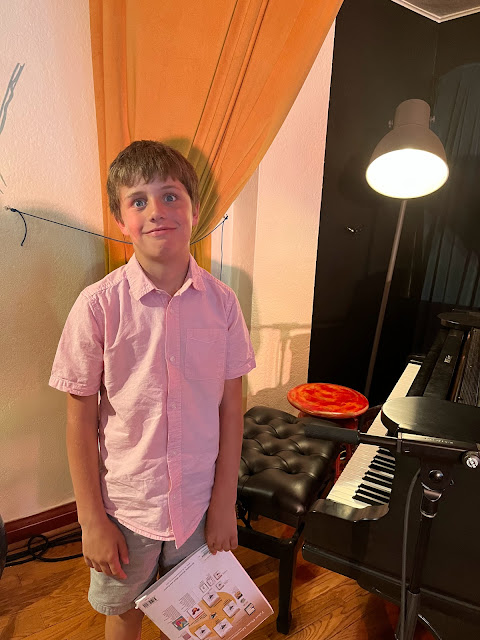 We went to Canadian Tire after that and got a few things for camping.  Dave cut the boys' hair and we did some more stuff around the house, and then it was time for dinner at the golf club. 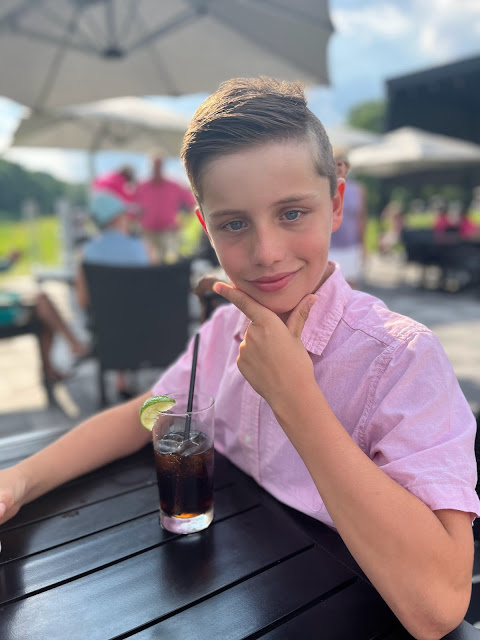 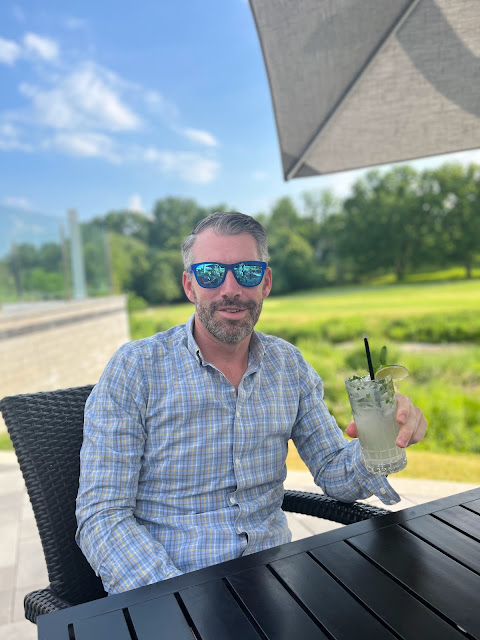 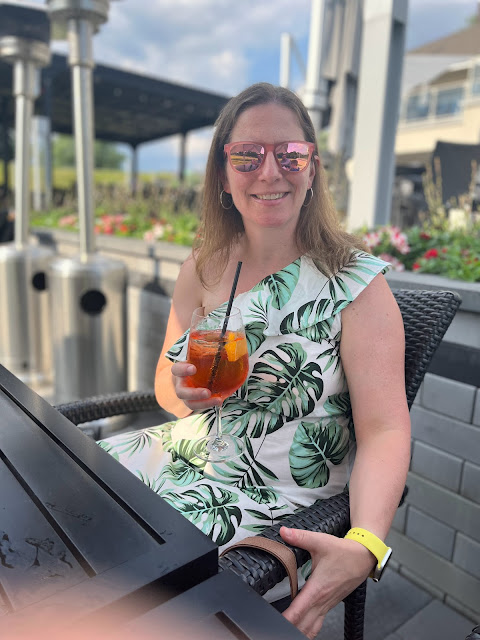 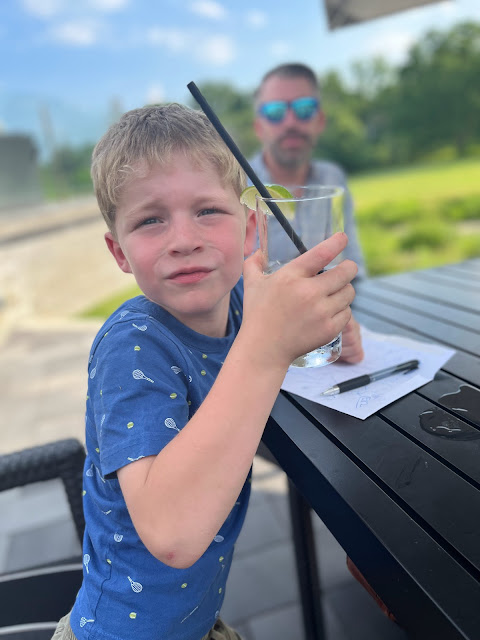 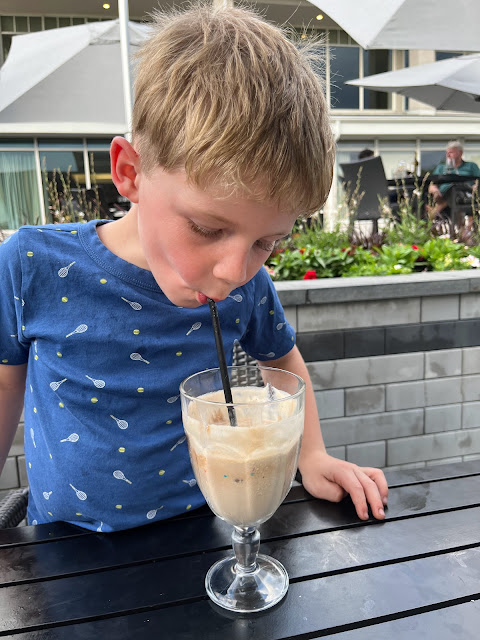 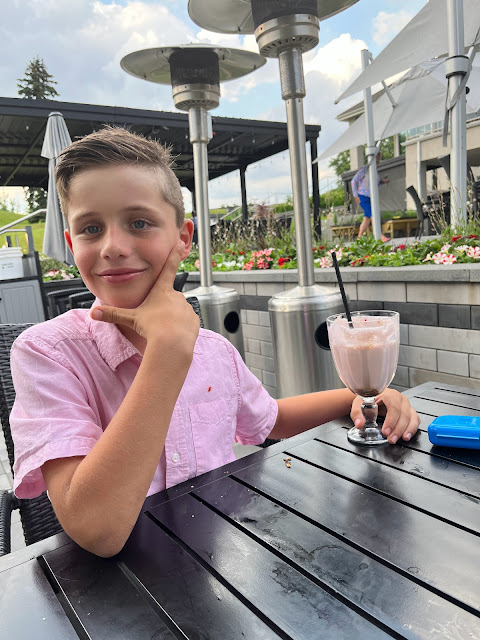 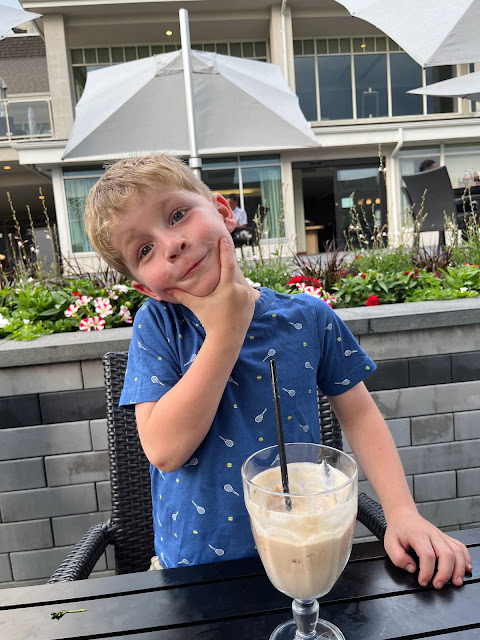 It was right to bed for the kids when we got home after a few late nights.  Dave and I watched a couple of shows and also tried to get to bed early.
Posted by TorontoSAM at 6:00 AM