Q is finishing up his year of French Immersion Senior Kindergarten.  Although certainly not as disruptive as last year, there were still several days spent on online school in January, days missed for being sick (including actually getting Covid in late March), and taking a couple of long overdue holidays.  That all said though, it was a successful year for Q.  He had a great teacher who always showed lots of enthusiasm for her students and planned lots of fun activities, and she posted photos on the classroom app most days so we could see what the class was up to.  It helped to spur the conversation with Q about his day like "I saw you were doing something with dinosaurs today, what did you learn?" rather than a "What did you do today?" followed by "I don't know/remember".
I cannot believe that they actually got to go a good portion of the year without having to wear masks.  Honestly I don't think the masks were doing much in Q's class, they were also wet and down under their noses, and they weren't that well-fitted.  When we had the option to take them off, we did.  I was also happy that after March Break parents were allowed in the school for drop off and pick up, and then later as volunteers.  Here's hoping next year will just be normal.
Q's writing has improved and so has his art work and creativity. He claims he knows some French words but he doesn't like to speak to me in French, so that's something to encourage.  I also don't know how much he is able to read, which is my own fault.  E was a slow reader so I didn't even really think to start having Q read to us yet, but we will start in earnest next school year.  I do find he picks up things pretty quickly and listens to instructions.  He is very social and knows the names of everyone in his class and the YMCA.  He remembers what special events are coming up and never loses anything.
The thing about Senior Kindergarten is it's all play-based so next year in Grade 1 will be a new experience, but I think Q is ready and he will like having his own desk and I'll be glad he'll be given actual assignments instead of getting the choice of which station he wants to participate in.  I found the same thing with E in SK - I would see things the other kids were doing and ask where their work was and hearing "I didn't do that, I just played with blocks", so bring on Grade 1! 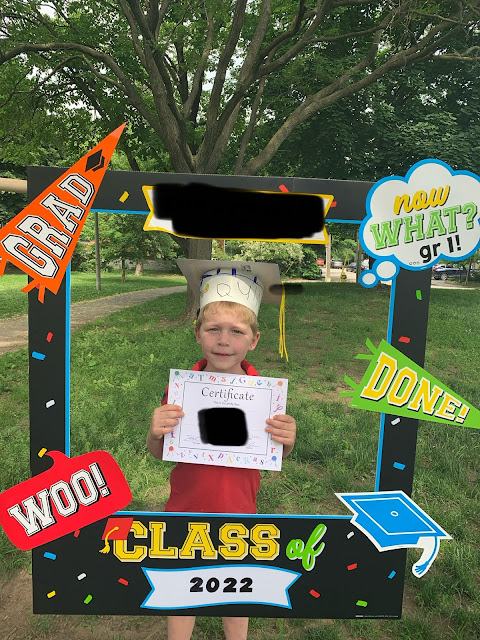 Some artwork hanging on the wall that I actually got to see once we were allowed back into the school. 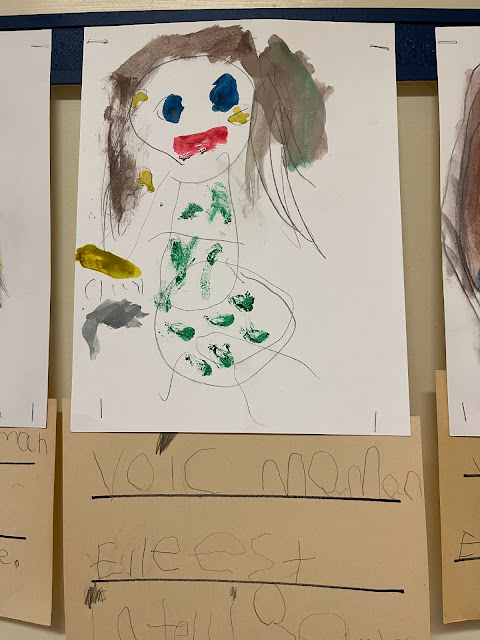 One of the photos posted by the teacher. 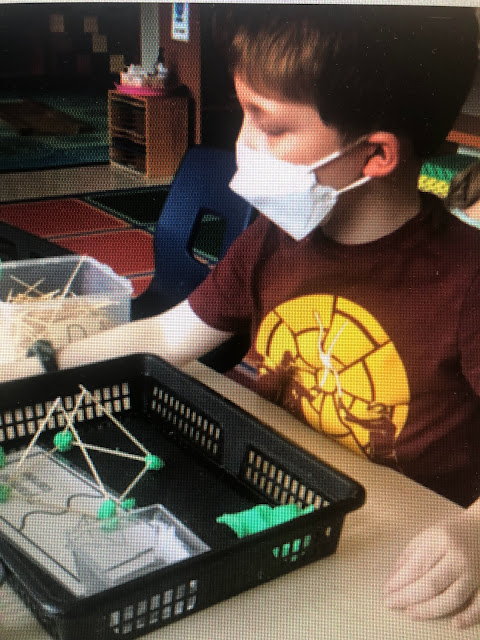 Helping to get lunches ready in the morning. 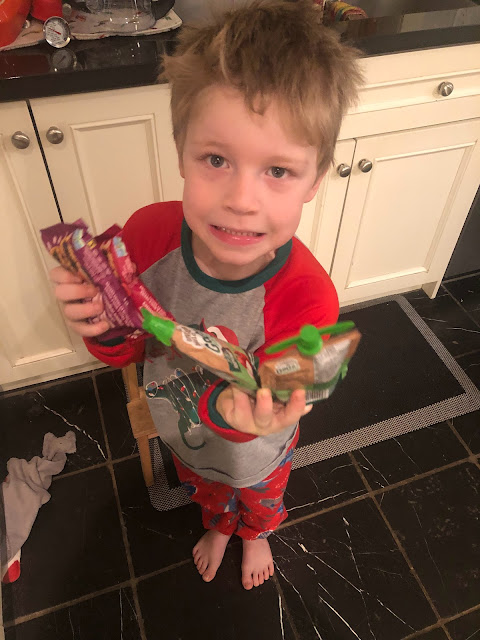 Q did an online art class. 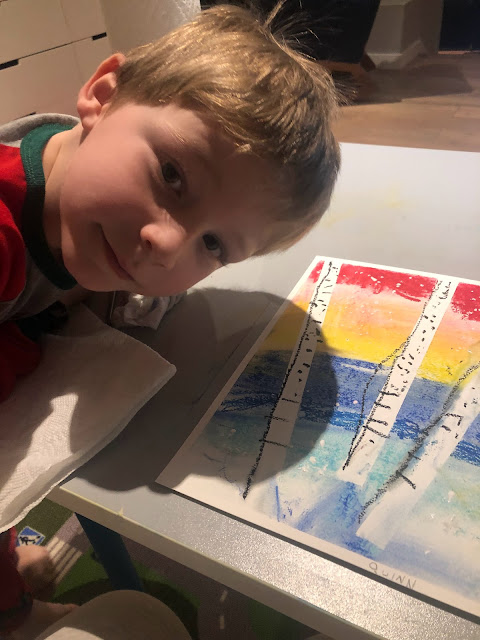 Online school for a few weeks in January. #omicron 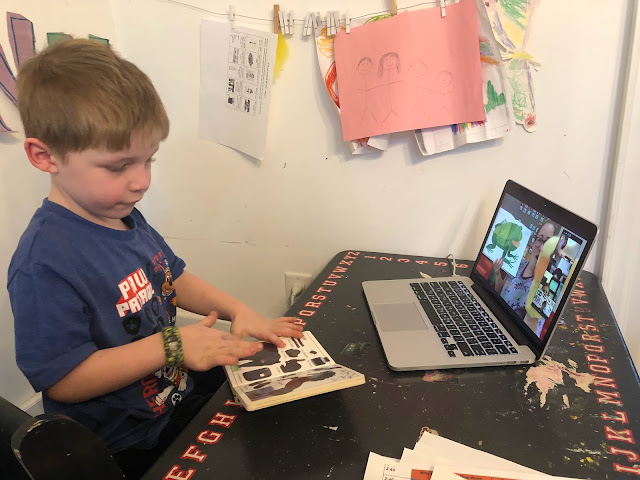