I read two books in June, not many, but I seemed to have less days on the subway, and even with my quick trip Montreal, I didn't even take a book to read on the plane!
The first book was Peter Mansbridge's book, Off the Record, complete with signed bookplate :) 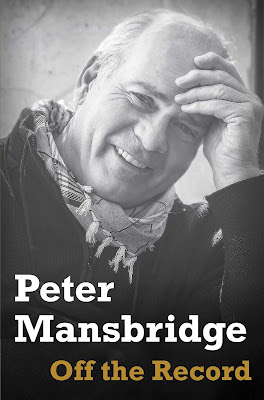 If you've been reading here for awhile you know I am a fan of Peter - I listen to his daily podcast, The Bridge, on a regular basis, have written in a few times and he's read my letters on the air, and I read his previous book, Extraordinary Canadians.  He was also the face and voice of many of those major events in my life - 9/11, wars, terrorist attacks, William and Kate's wedding, and many Remembrance Day ceremonies from Ottawa - when he hosted CBC's The National and other special events.  Now I listen to his podcast where he guides us through Covid, Canadian political stories, and the war in Ukraine.
This book tells us those stories about what was happening behind the scenes during the big moments, along with some not so big moments.  I loved every chapter.  There is a part at the end that talks about Gord Downie and I was definitely wiping away tears on the subway.
If you like news stories and Canadian history, check out this book.
This next book is another Canadian one and from my reading list - Black Water by David A. Robertson. 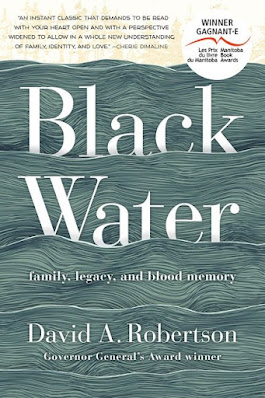 I picked up this book because someone I follow on Instagram, who is active in a lot of social justice issues, said it was a book we all must read.
The author writes about growing up half-indigenous, but not really knowing his father was Cree until later, and not understanding what that meant. The book is a bit of an autobiography, but also tells us of his father and the journey he has been on to connect with him. Black Water is a location where his father's old trapline was. He lived on the land until he was 9 years old, then had to go away to school (residential school but we don't get many details about that). Eventually the author and his father travel back to the trapline.
It was a good book but I wouldn't go so far to say it is one we all must read.  To be honest, I felt it was only mediocre writing.  I wasn't sure if the author was trying to tell his own story or that of his father, and he didn't really make the connections that I thought he could have.  It fell a bit short for me.  I didn't feel like I got that much out of it and I only read it to finish it, but not because I felt invested in it.   There was the odd passage that drew me in but they were few and far between.
Posted by TorontoSAM at 6:00 AM