Dave and I had a busy week with our kids being away.  I always think I will have so much free time but then I never do, so I didn't get to clean up Q's desk (meaning throw away the papers that have built up when he wasn't there to see me do it), but that's okay.
On Monday I golfed in a tournament for work.  It was at Goodwood which is a pretty exclusive club, so I'm told, with only 80 members.  I was lucky to play, even though it is quite challenging.  The day started out pretty nice. 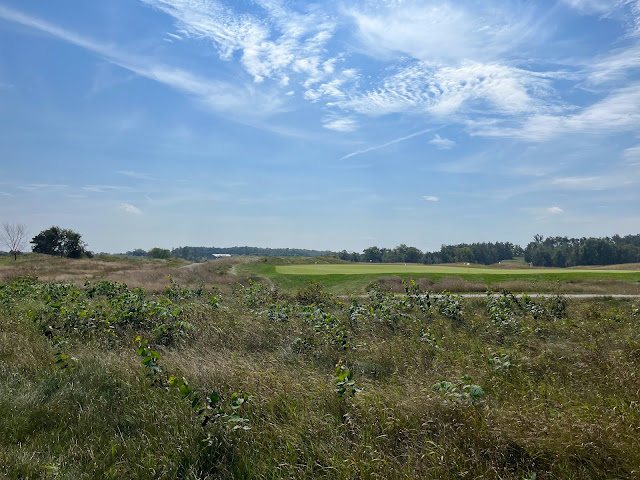 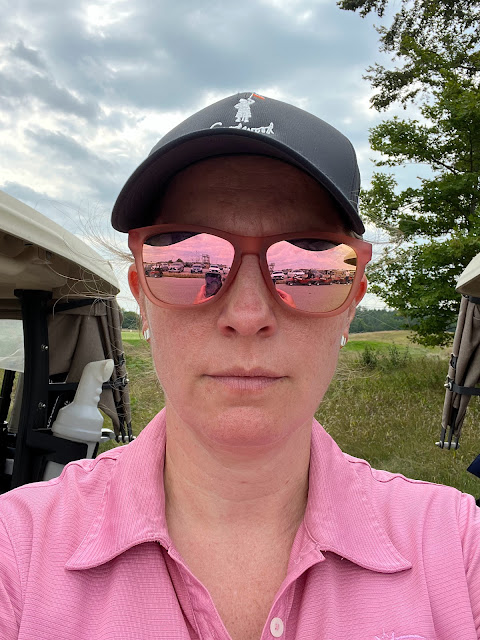 But then it turned into this!  My group and I huddled in some shelter as the thunderstorm banged through.  It rained a few more times while we finished up our round, but we did get all 18 holes in. 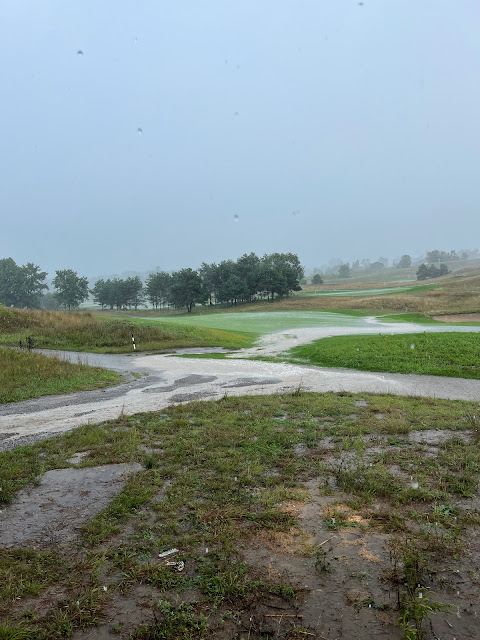 And we eventually dried out.  Because it was a small tournament we had the option of playing our own ball instead of a best ball, and that's why my group (all ladies) did.  It was more fun that way and we were all pretty similar in terms of skill. 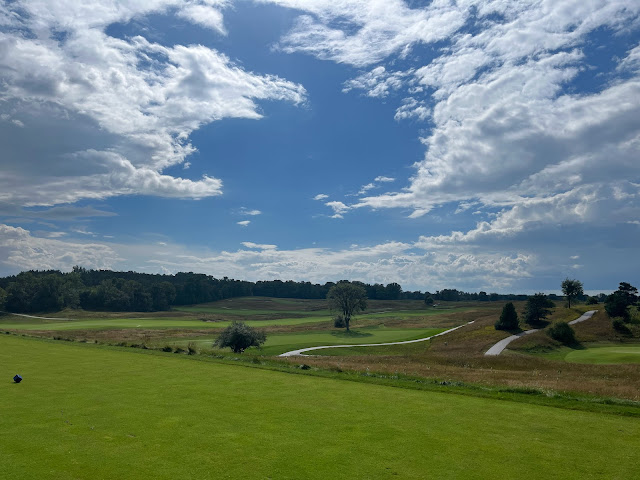 I was in the office on Tuesday and had to run up to Mountain Equipment Co-op to buy a bike light and saw there is a Salad King on Queen St.  So I had to get it for old times sake. It was exactly the lunch I wanted! 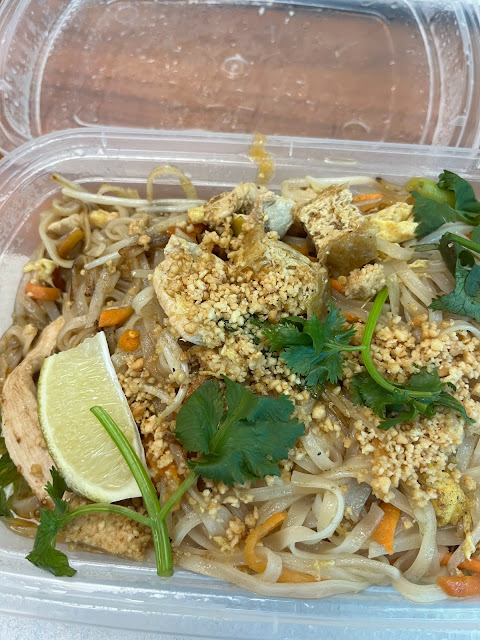 Dave met me downtown after work.  We grabbed some dinner at The Walrus Pub and then headed over to the Blue Jays game.  Dave found some tickets just above the Jays' dugout for a good price and since Stroman was pitching for Chicago, we decided to go. 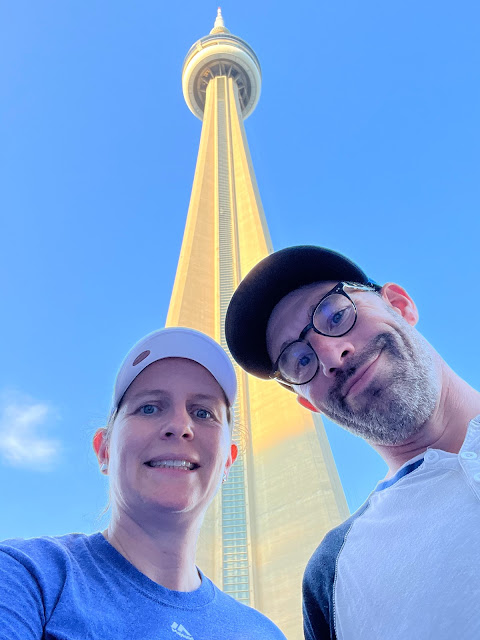 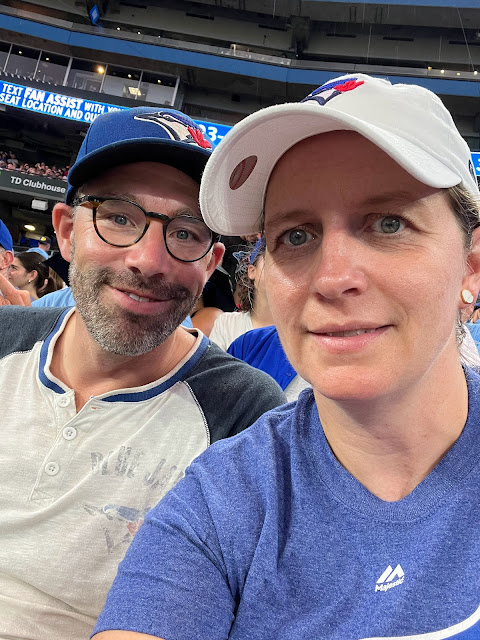 It actually rained for a few minutes which is a rare occurrence at a Jays game since the Dome is usually closed with any chance of rain. We stayed put though and it didn't last long. 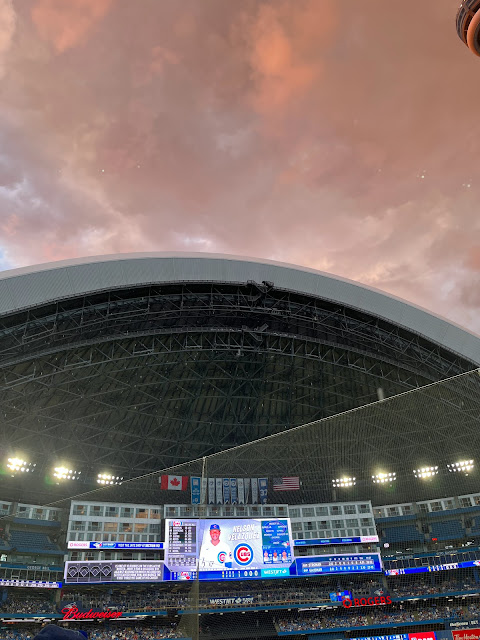 What a great game and win.  Hi Hazel Mae! 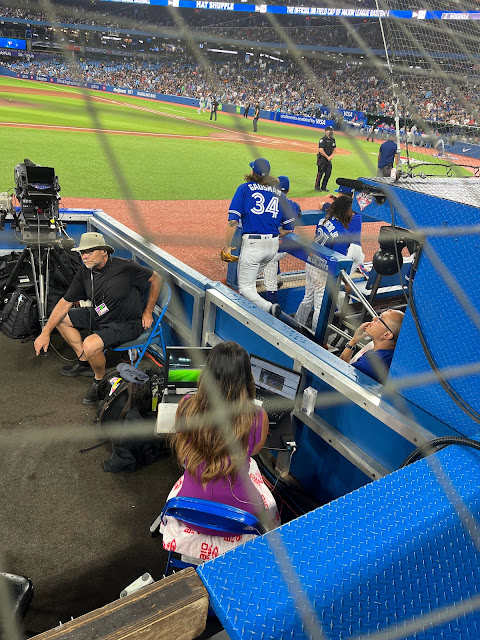 Can we talk about Serena Williams for a sec?  She is so amazing, the greatest athlete of all time.  I'm old enough to remember when she and Venus turned pro. Who knew what was to come! And here she was this week, 40, has played about 6 matches this year, and is just out there killing it!! When they say GOAT, they mean Serena. 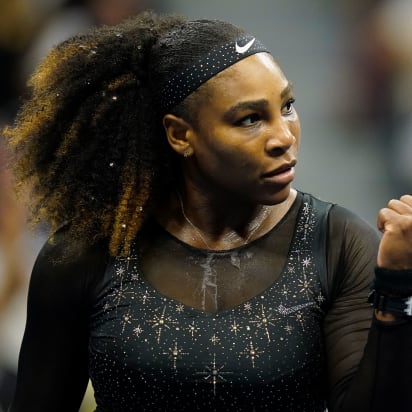 Have a great long weekend!
Linking up with Andrea and Erika.
Posted by TorontoSAM at 6:00 AM