Not for me thanks

I took this blog post idea from Lauren.  She wrote about certain popular things that she just doesn't get.  I liked that idea and chose some of my own to write about. 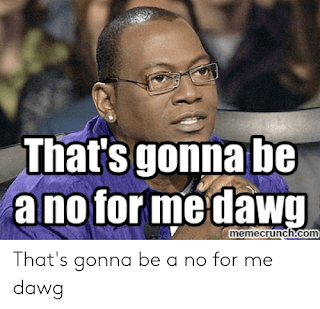 Trader Joe's - I don't live in the US so I've only ever been to Trader Joe's a couple of times, and only to look around.  But many bloggers post about their TJ hauls so I feel as though I understand what they have there.  Honestly, I don't get it.  Everything just seems like processed food with the TJ brand on it.  Even vegetables are already cut up and bagged, I just don't see the appeal.  Apparently Farm Boy is the Canadian version of Trader Joe's and rumour has it one will be put into the condo being built at the end of our street so in five years, I'll let you know if I've become a Farm Boy fan.

Hamilton (the musical, not the city southwest of Toronto) - I saw Hamilton in Chicago and I was bored.  I liked the first couple of songs and was very impressed with the cast but it was three hours of the same thing. The King was the only redeeming factor.

The Greatest Showman - While we are on the topic of musicals, this is another one that did not do anything for me.  We started watching it and had to turn it off.  I know I don't have to like every movie I was just amazed at how much everyone else seemed to like it.

Scooters - To me, get your kid a bike or make them walk. Scooters get on my nerves, I have no good reason for this, just not for me.

Apple Picking (or any kind of fruit/berry harvesting) - First of all, I don't want to pay to do the work of picking whatever it is, and second, I don't need that many of whatever it is we are picking.  I don't mind picking free blueberries in the wild (and they do make the best pie), but I'm not going to an orchard or field to pick anything else.  My preferred fall outing is just a hike somewhere to see the foliage.

Cotton Candy - My poor kids, I never let them get cotton candy. Luckily Dave is nicer and will let them get it sometimes. It's not anything, it just melts in your mouth and tastes sickly sweet.  Jim Gaffigan has a good bit about it being sugar insulation.  True.

Do you agree or am I just missing something about the appeal of these things?  What are some things that just aren't for you?