I actually only read one book in the month of October so I just lumped it into this post. I enjoyed all of this books.

First up was Grown Ups by Marian Keyes.  I hadn't heard of this author before but I picked it up from the overflow cart at the library.  I liked it so much I picked up another of her books (see below).  The story takes place in Ireland I loved the little sayings and ways of speaking that appeared in the book, I could hear the characters in my head.  I started out being a little confused about all of the people, but there was a helpful family tree at the beginning.  The story starts at the a family dinner party where one the attendees has suffered a head injury and can't hold back a few of the family secrets she knows about.  It's only a few pages, but then we hop backwards to 6 months earlier. We get to know the characters and start to learn those secrets ourselves. It's an easy read once you get into it, it doesn't take long though, and because there are various story lines going on at the same time, you are always flipping the pages forward to see what is happening next.

One thing I loved about the story is that one of the characters has a lot of money and plans elaborate and luxurious trips and weekends for the rest of the family. I liked hearing about the various destinations where everything was just exquisite.  There were enough problems going on with the people, so it worked to have the perfect background as the setting. 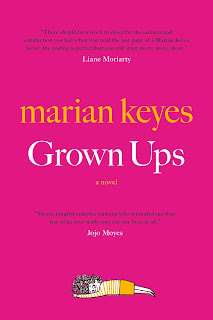 Next was Primates of Park Avenue: A Memoir by Wednesday Martin. I had heard about this book from someone (a blogger but I can't remember which one) and it was on my list for awhile.  This is a non-fiction book where the author writes about her move from Lower Manhattan to the Upper East Side about the time she had her first child.  She noticed right away how different it was from any other part of the city. Being an anthropology major in college, she decided to write about the Upper East Side as though she were studying a foreign culture.  Each chapter covering a different aspect - childcare and school, vacations, Birkin bags, etc.

Although I do find great wealth and high society fascinating, I found parts of the book to be a little silly. She was trying to write her thesis but a few of the connections she was trying to make seemed a bit of a stretch.  Then she of course turns into one of her subjects and has to get her own Birkin, and wear the clothes, and speak to the right people, and all of that. I was certainly a bit judgy reading the book and was glad I don't have to deal with people like the ones she described.  I think there are definitely pockets of Toronto that would be similar in terms of status symbols, but fortunately my neighbourhood and friend group is not like that, and I am grateful! 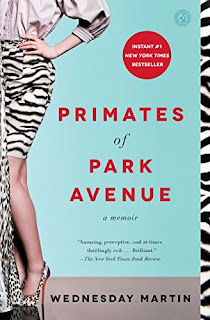 A central feature is the relationship between the mother-in-law and daughter-in-law.  The mother-in-law was always a bit cold and standoffish, not overly emotional and kept boundaries.  In other words, she didn't act like the daughter-in-law was her actual daughter.  That always bothered the daughter-in-law, whose own mother had died when she was young, and who wanted a closer relationship.  Most of the time I found myself siding with the mother-in-law and I wondered what sort of mother-in-law I will be to my own sons' spouses.  Hopefully a bit more warm than this one, but I'm also fine with boundaries.  We also learn that she had her own reasons for acting the way she did and I could understand why she did things the way she did.

Last book was also by Marian Keyes, Again Rachel.  I think there are other books about this same main character, Rachel, so I will see if I can find them.  This book is also set in Ireland.  Rachel is an addictions counsellor, herself a recovering drug addict, she is divorced and recently started dating someone (named Quin!).  Then she hears that her ex-husband's mother had died and she has to decide if she will go to the funeral.  She does go (spoiler!) and sees her ex-husband then things spiral from there, there is unfinished business, as well as some things Rachel has failed to deal with properly.
Like Grown Ups, this one has a lot of characters, but I was able to follow them this time.  All of Rachel's sisters have a few plot points, and the patients at the rehab facility where Rachel works have things to add, although to be clear the whole book is told from Rachel's perspective.
Something I really liked is that she was so honest and open with the people she talked with, she had great relationships with her parents and sisters, and there were no instances where I was frustrating that people weren't talking about something, or that they were being stupid.  I'm not sure I'm explaining that well, but perhaps it could stand out for you too. 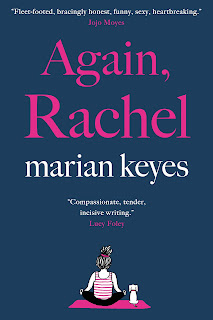