Dare I say that this may have been a perfect weekend.   Everything sort of aligned and I didn't feel rushed or annoyed.

To kick my weekend off, I did my 200th Peloton ride.  90s pop with Robin was a great way to achieve this milestone. 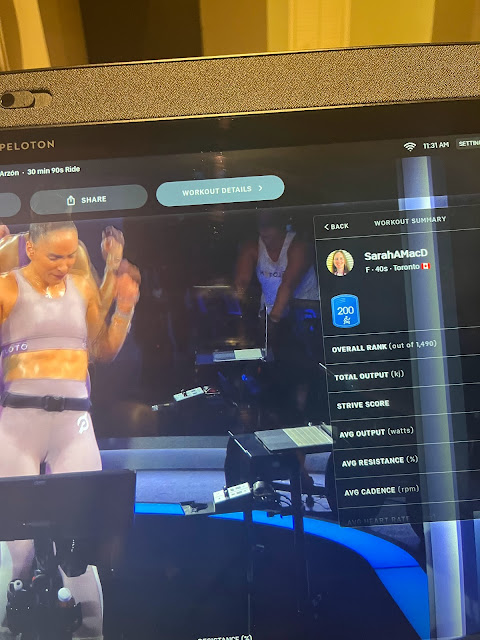 We did our skating/swimming lessons routine with the kids, and then came home for supper. I put together a pasta sauce with a bunch of vegetables in the fridge.  After that we watched Amazing Race and the Great Canadian Baking Show.  Q got to have a pop and he was very excited. 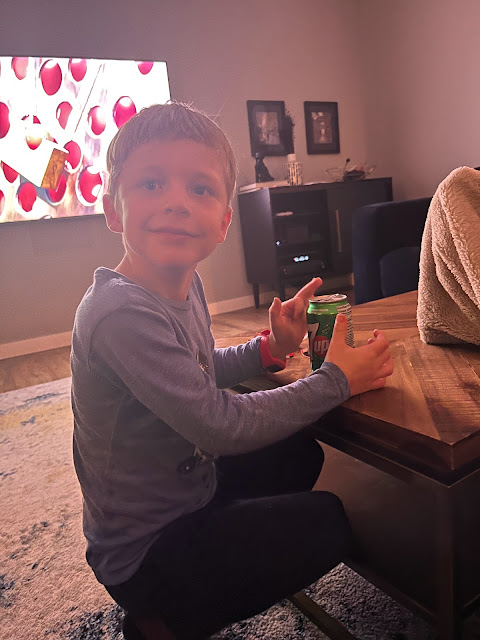 On Saturday morning Dave went golfing and I made muffins.  They were orange cardamom, and the recipe said to sprinkle them with sugar so I decided to use the orange sprinkles we had. 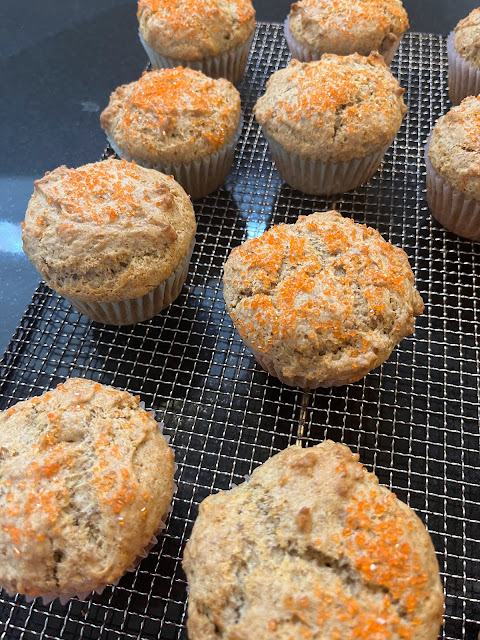 The we went outside to rake leaves.  We were only out there for an hour and did three bags, but we also took lots of photos and videos and chatted with neighbours. 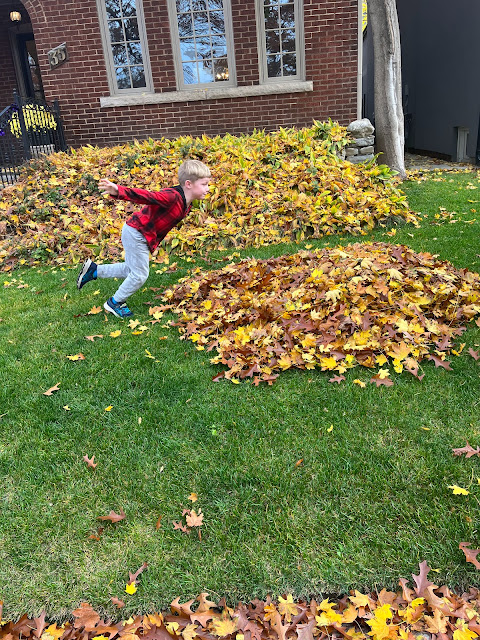 Q is in that pile. 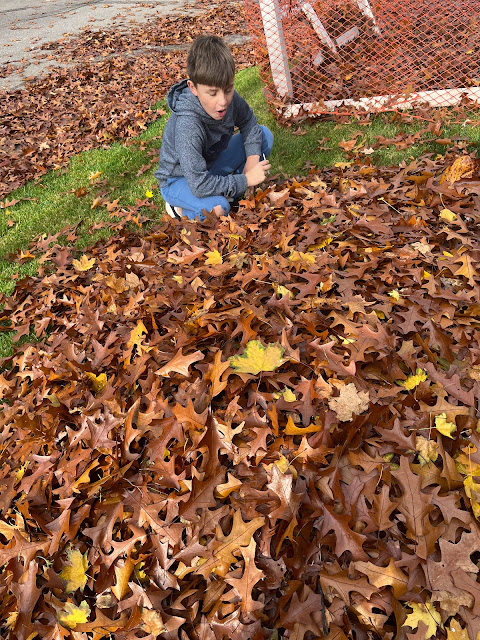 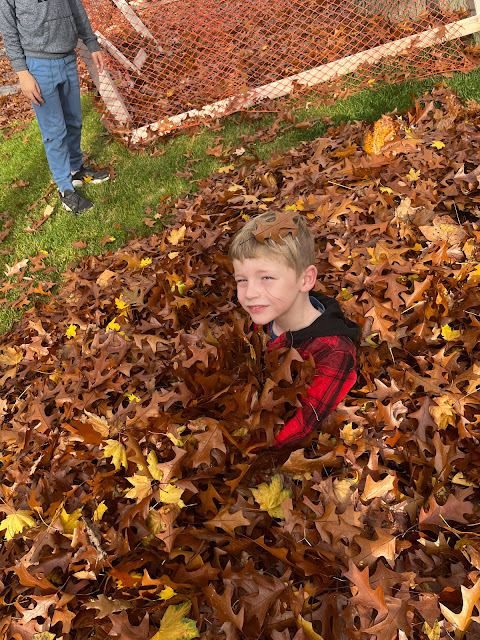 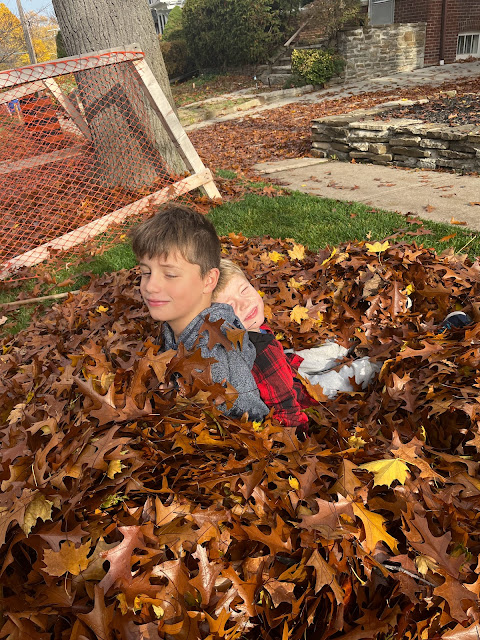 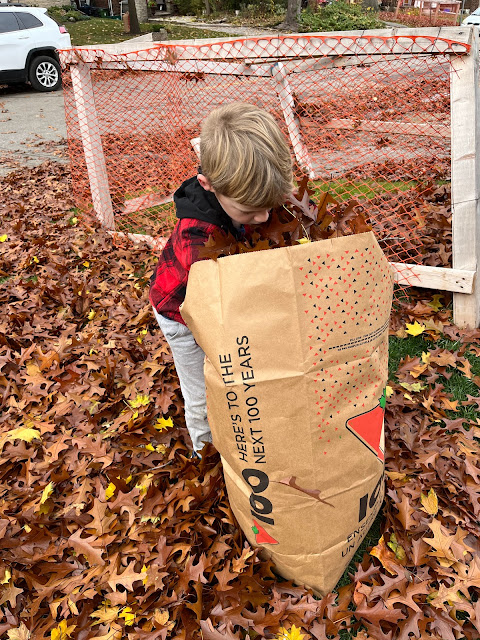 Then we walked up to the local comic/card shop to get some Pokemon cards, and then we grabbed some noodles and dumplings to take home for lunch. 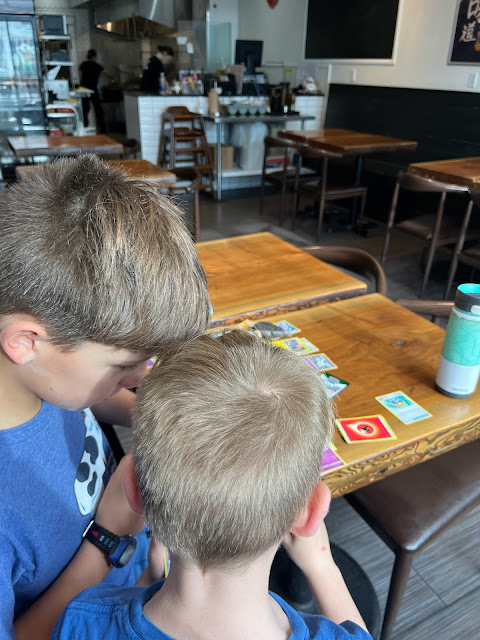 While I took Q to swimming Dave and E filled 10 bags of leaves.  Then we went to the Royal Agricultural Fair.  Lots to see and do. 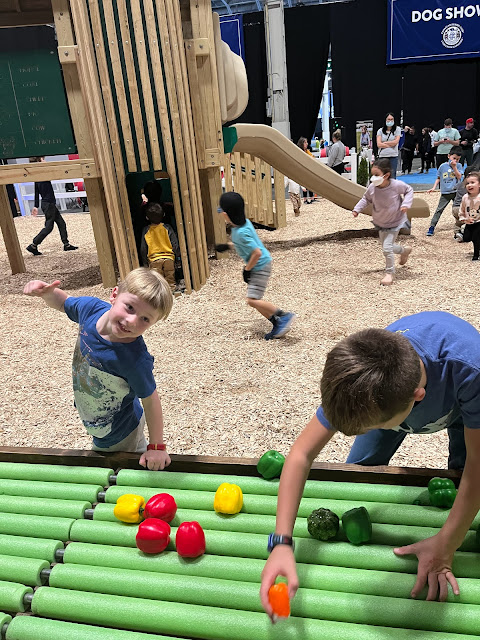 This goat was also named Quinn. 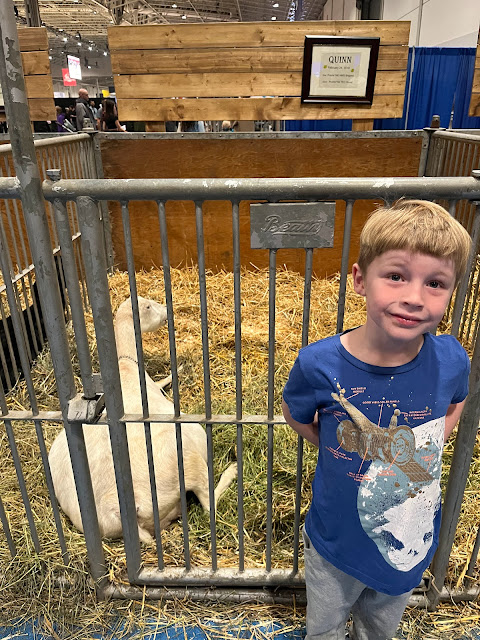 The cows were all spiffied up for showing. 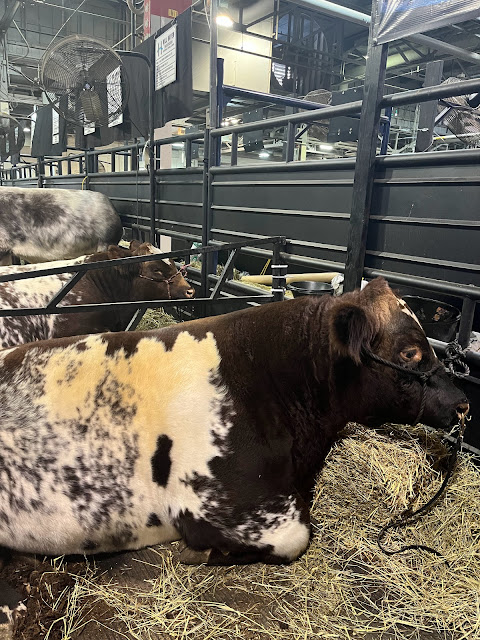 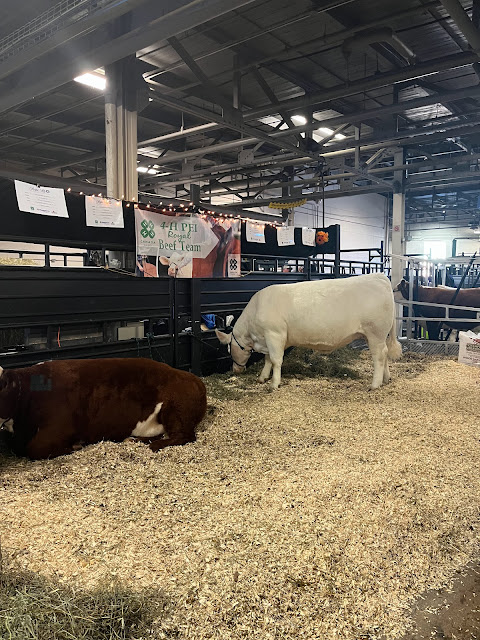 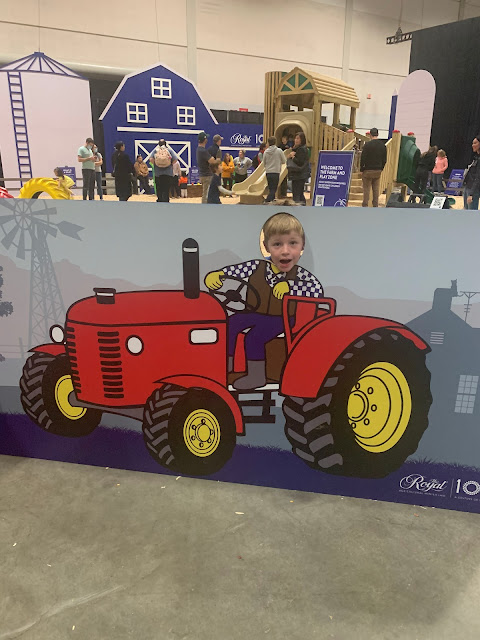 We settled in for the Super Dog shows and the kids kept busy with some of the activity sheets they picked up. 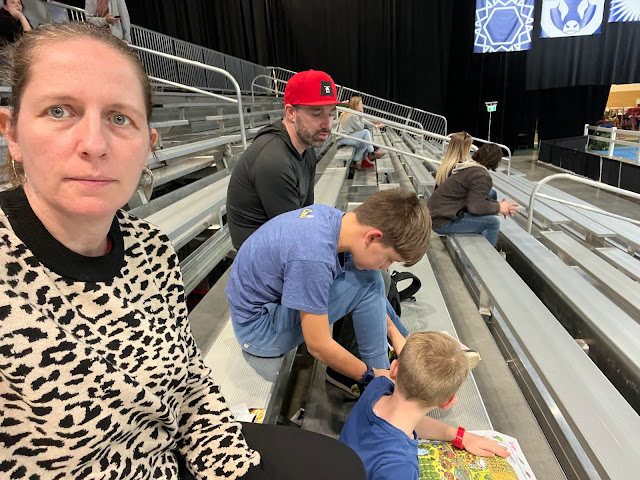 The dog show was worth the price of admission, I thought! So fun. 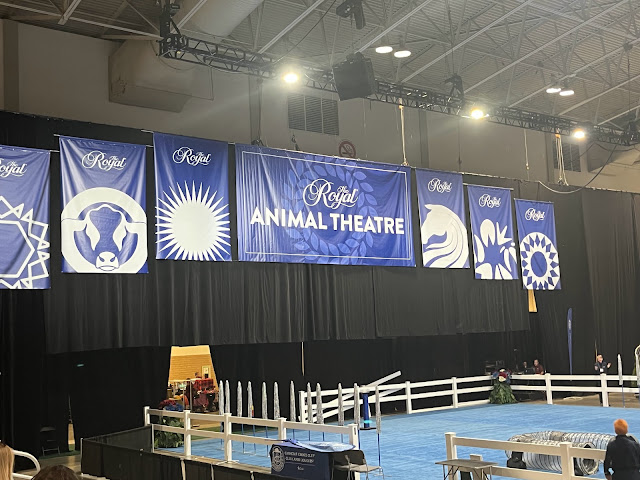 We had some poutine for our dinner on the way out and finally located the chicken hats we had seen so many people wearing.  Thank you Maple Lodge Farms. 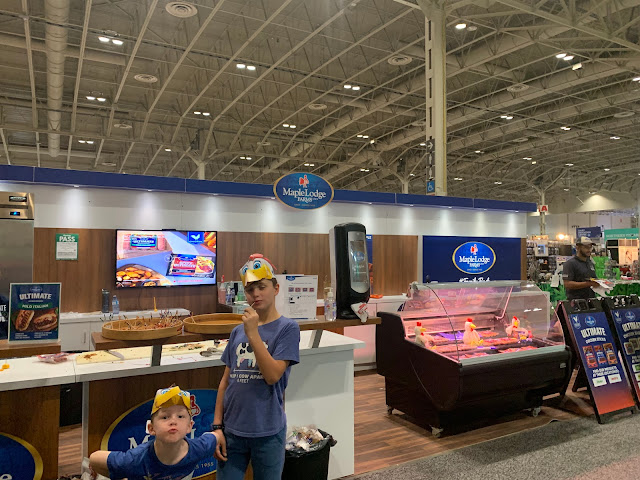 Q went right to bed when we got home but the rest of us watched The Rings of Power.
On Sunday morning I got up early (but not really that early given the time change) to do a workout and Dave headed to the golf club so what was probably his last round of the season.  I took the boys to church, and afterwards we hit up McDonalds for lunch.
I made them a list of things to do when we got home and that included folding their clothes and putting them away.   Meanwhile I cleaned the bathroom and Dave tidied up the garage. 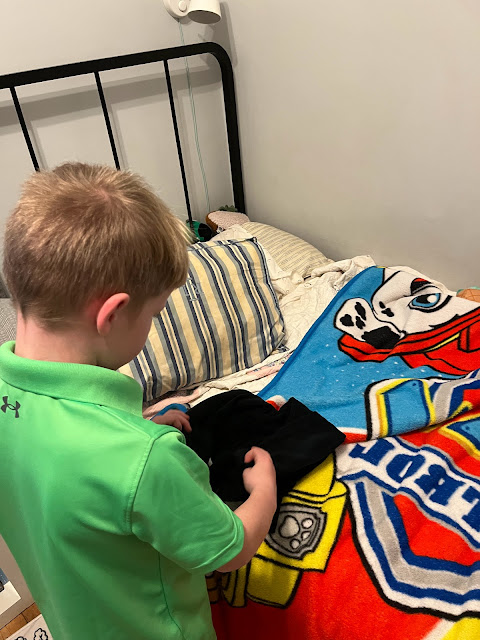 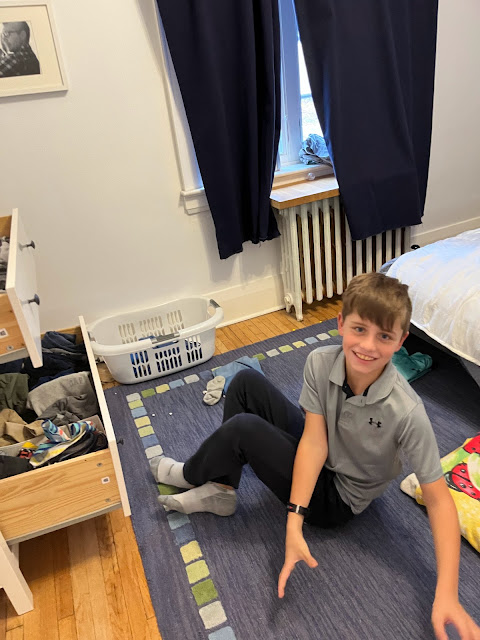 I took a quick bike ride up to the local hardware store to grab some more leaf bags and then to the liquor store.  I find where it's hard to park at certain places, it's just easier to bike.
Then one of my oldest and dearest friends stopped in with her new baby (and partner).  The boys were very interested. 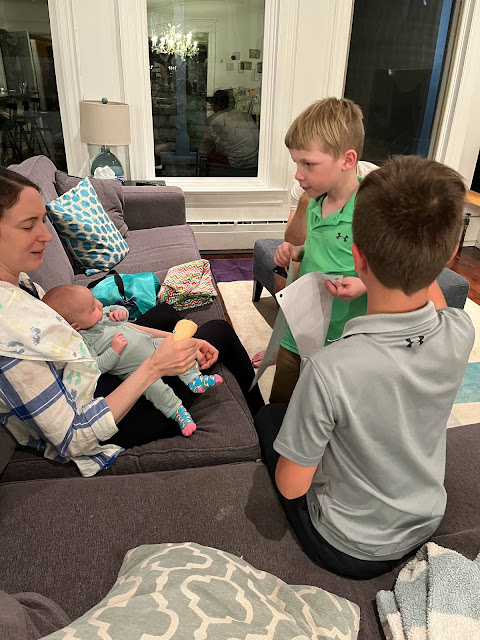 So nice to snuggle a little baby :) 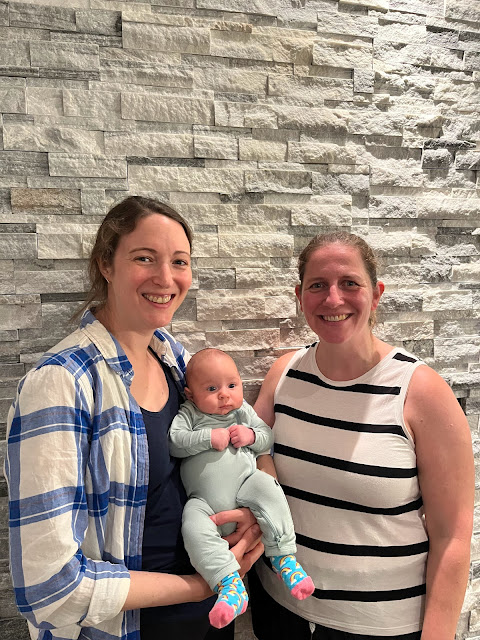 We finished our night with pizza waffles for supper, the Raptors game, showers for the boys, and Island of Bryan for Dave and me.
See? Perfect!