A long weekend, my favourite!  We kicked off Friday night with a meal that I saw on Pioneer Woman, roast beef sandwiches.  She had made this recipe for about 150 football players, but I managed to figure out how to make just 5 instead and I ended up with the right amount of sauce.  Basically you make a mayo/horseradish sauce, spread it on a bun, top with shaved roast beef and some provolone cheese, wrap it in foil and let it heat in a low oven until the cheese is melted.  They were very tasty.  E claimed he could eat too but barely managed one. 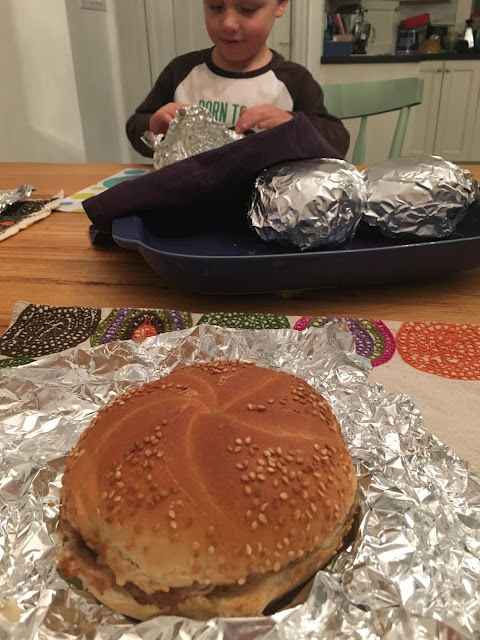 Then we were excited to watch the NBA All-Star Weekend Celebrity Game. It was Canada vs. the USA and Canada won!  Milos Roanic (our tennis star) even dunked it!  It was fun, and E was excited to have his Raptors jersey on (signed by Demar Derozan no less). 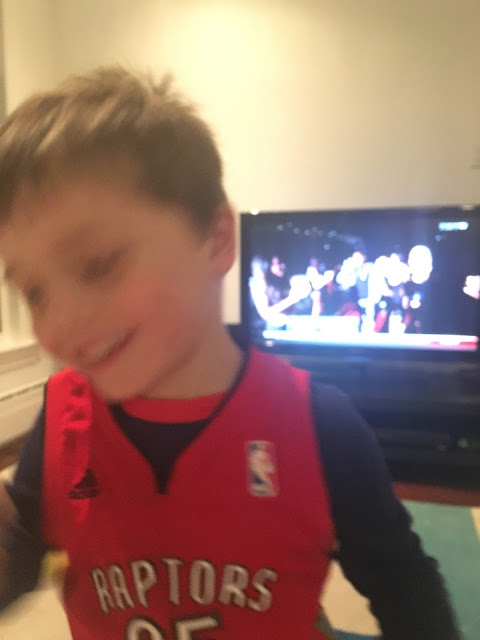 On Saturday morning we woke up arctic temperatures and decided not to go skiing.  It was nice to go back to bed and stay warm for a bit.  Our house is actually quite warm for being old, but this photo is the window on the stairway, far from a source of heat.  At least it is pretty! 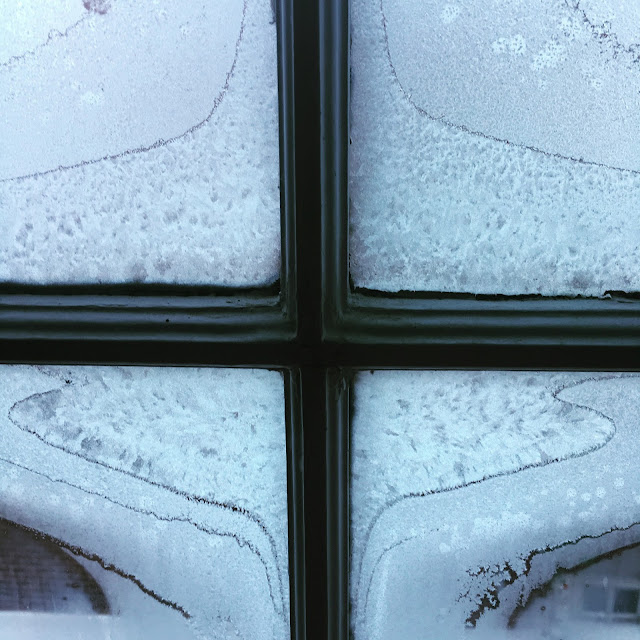 This is the inside, in case that's not clear.

So with our skiing plans cancelled, my morning consisted of menu planning and grocery shopping.  I came home with this lovely collection of produce.  I love the colours.  E picked out the purple and white striped eggplant.  I needed them for a recipe but I let him pick out which of the three he wanted; he said they were "beautiful".  I also picked up a dragonfruit since E had never tried it before and I wanted to let him guess what was on the inside and what it tasted like.  He liked it. 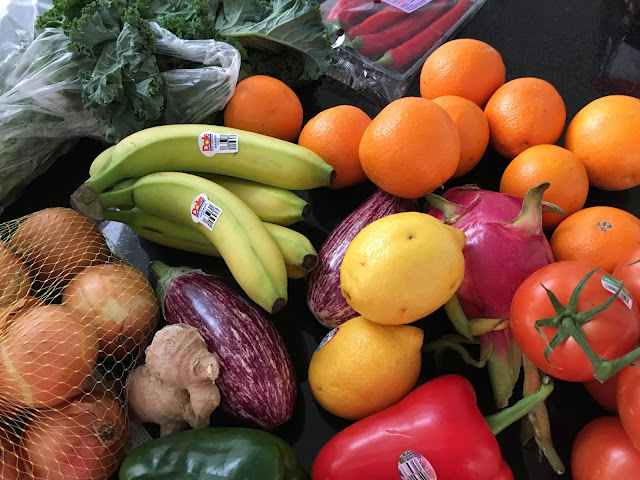 This is my new sweatshirt for the Gap. It is cozy and perfect for Valentine's Day. 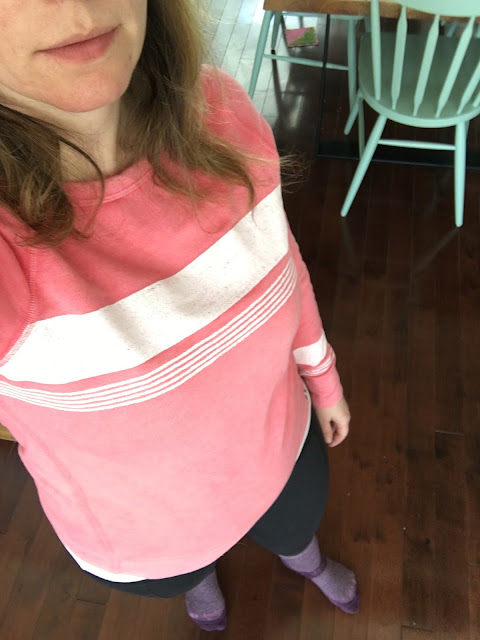 E and I made some cookies in the afternoon. Here is the recipe. I used a can of buttercream icing but added some almond extract for that extra special flavour.  These cookies are so good, and so easy! 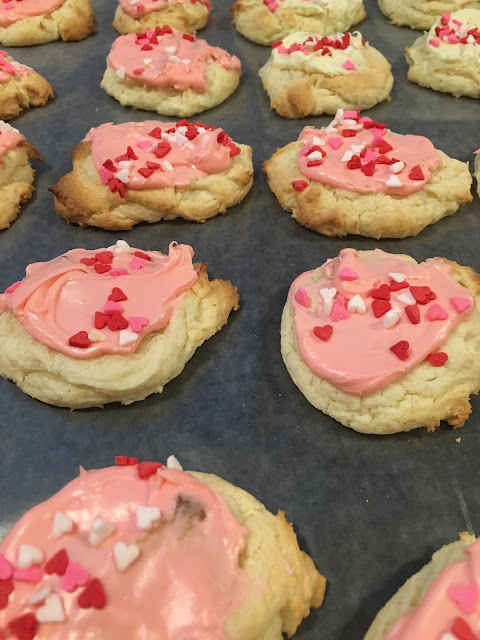 Then we cooked up some pizzas for supper.  I am an impatient pizza maker, since I want to eat it without always waiting for it to be done perfectly.  Dave has more patience than me so he took over the pizza making this time.  He did a great job and the tasted better than delivery. 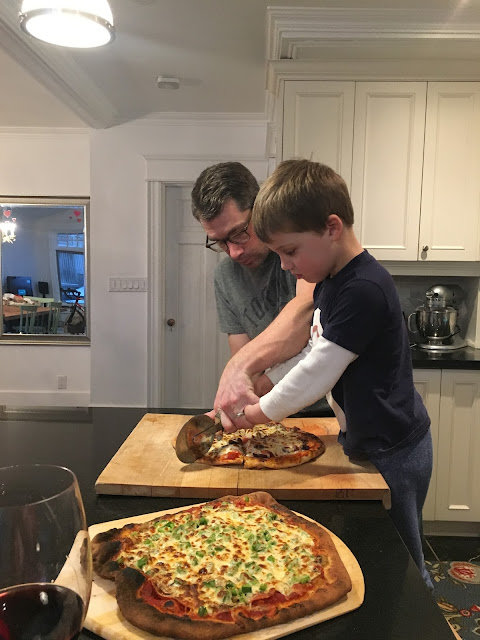 One of our friends came over that evening to watch the NBA Skills Competition.  This is always a highlight of the weekend and this was no exception.  I am partial to the 3 point contest but the dunk competition this year was phenomenal.  Toronto did a great job of hosting the All-Star weekend.  I think even the extreme cold was a good thing.  You know the Americans were going to talk about how cold it was anyway, so at least these temperatures were legit (-40C).

We woke up early on Valentine's Day.  I had set out some cards, gifts and candy and then forgot to take a picture before they were all opened.  This is the best I could do: 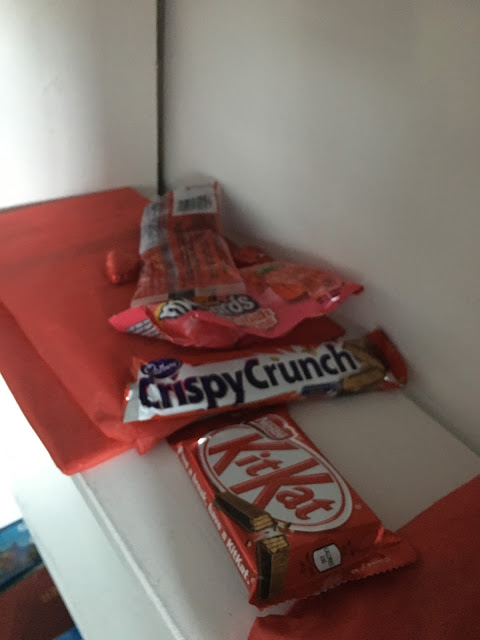 I bought all of the candy wrapped in red at Shoppers.

Dave usually spoils me when he buys gifts, and this Valentine's Day was no exception. He went to Anthropologie and picked out some tea towels, napkins and a new dress.  He is a good little shopper. 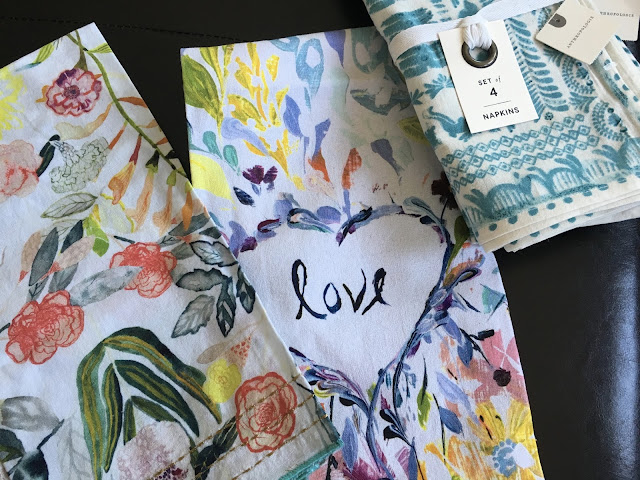 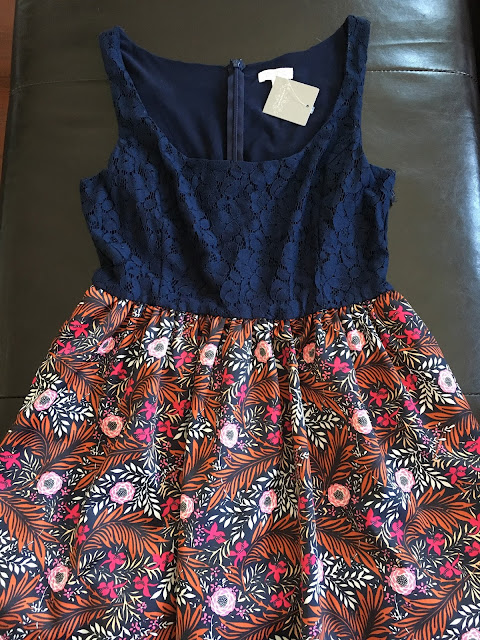 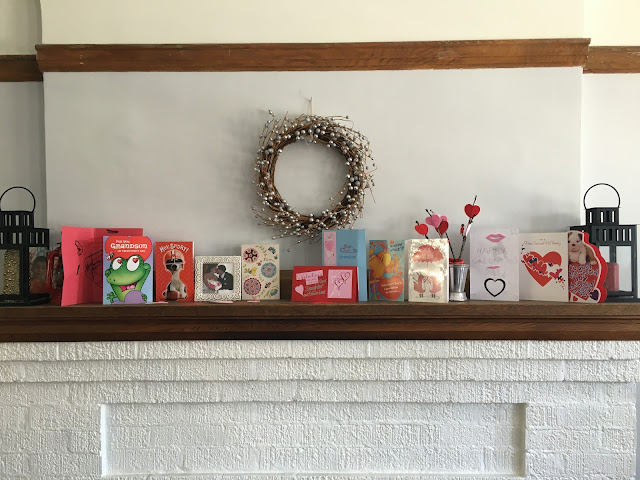 E and I went to church and then we came home, grabbed Dave and the cookies we had made and headed out to visit some friends.  We wanted to drop off some treats and have a quick visit with some friends we hadn't seen in awhile. It was a really nice afternoon and good way to spend a cold day.  Of course I forgot to take photos!

When we got home, I made this delicious recipe for our Valentine's dinner.  It is a Jamie Oliver recipe.  I will definitely be making this again.  The recipe called for curry leaves which I could not get at the grocery store (surprise, surprise), so I just sprinkled in some garam masala and it was still delicious.  Hopefully I can find curry leaves at the fruit and vegetable stand up the street for the next time I make it. 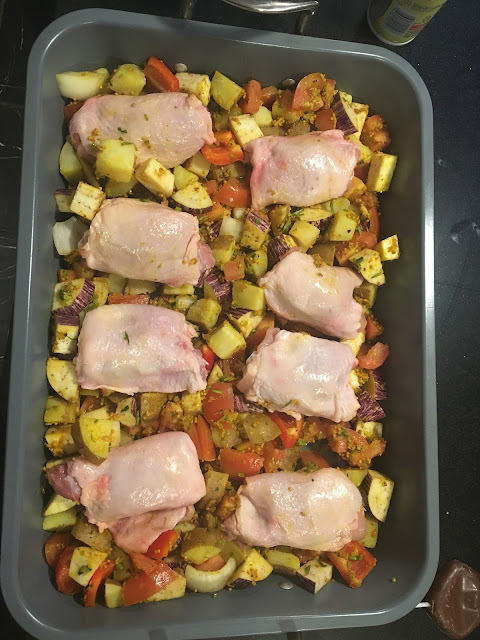 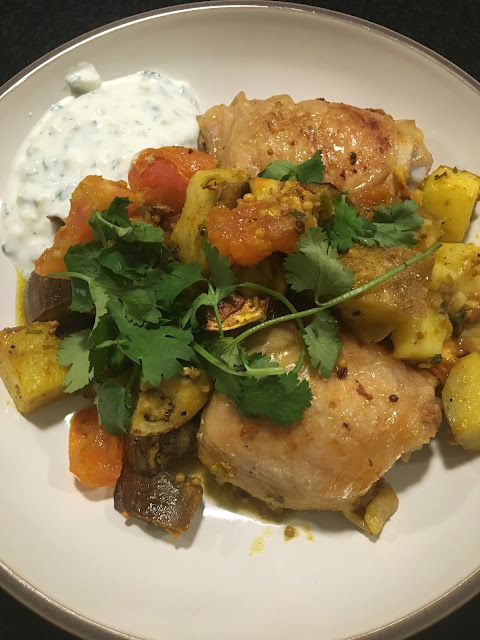 On Monday, we took our time getting ready and then when Dave went off on his 25 km run (!), E and I walked up the street to get some bread and some things at Shoppers.  It was a long walk but we made it! 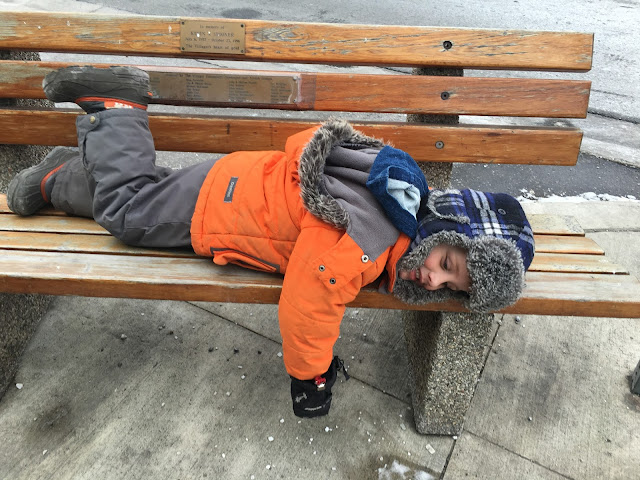 When we got home, I put on a Robert Munsch record.  I used to listen to this when I was little and loved it.  E loved it too, this is him laughing at "Hey you dumb pigs!!". 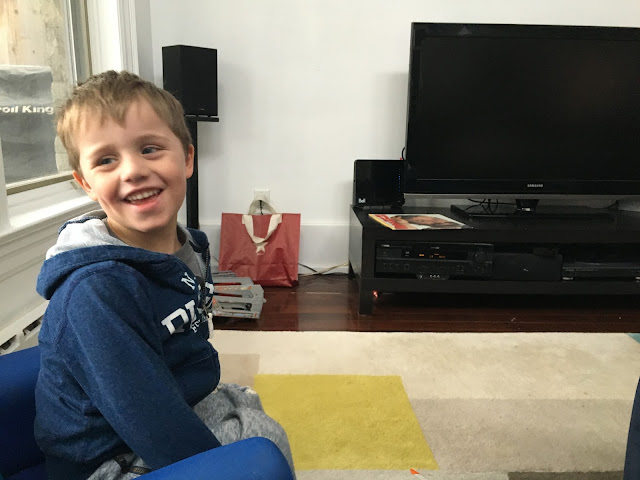 Then we played with some Transformers and then we watched movies for the rest of the day. The best! 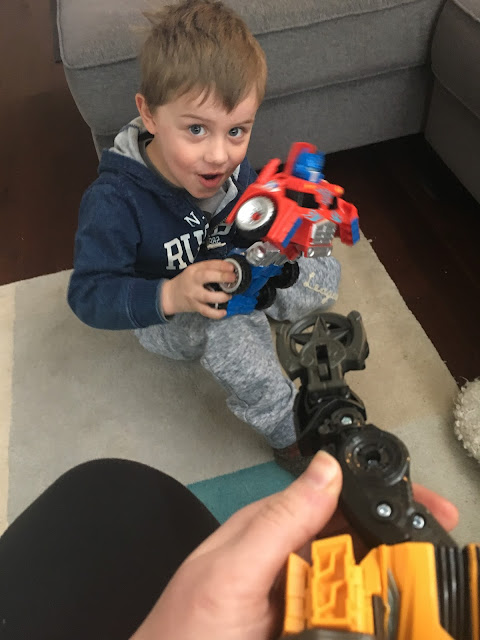