On Friday I went to Scarborough for a work thing that went until 2:00 so I didn't bother going back to the office afterwards and instead came home early and watched a bit of the Masters.  Dave then headed downtown to the Raptors game, and I went to pick up E at school for Bingo Night!  This was a fundraiser put on by the parents' council.  E had never played real bingo before, but he picked it up quickly.  He found some friends that we could sit with and we got started. 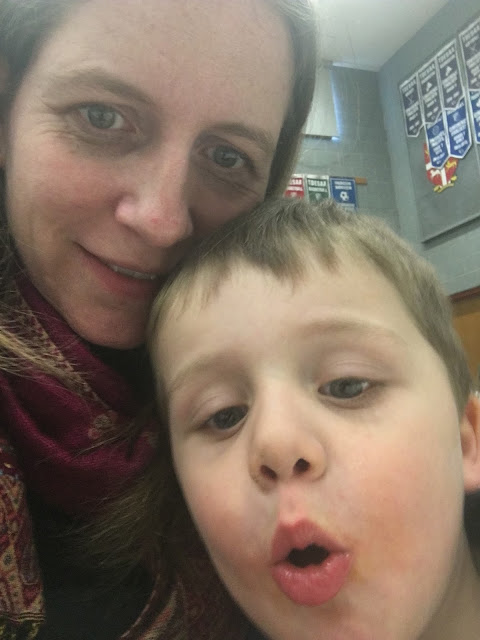 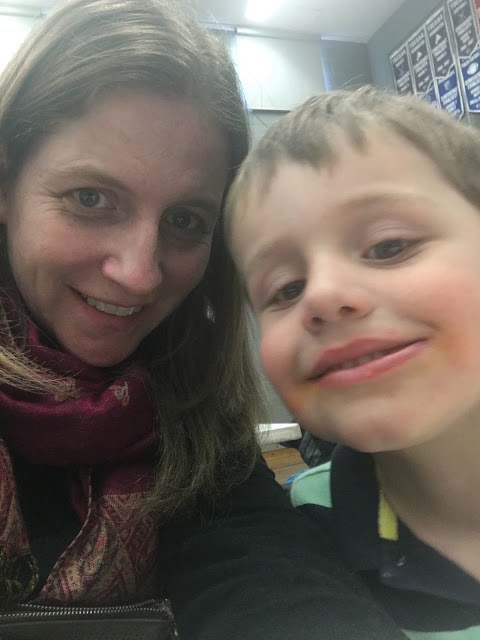 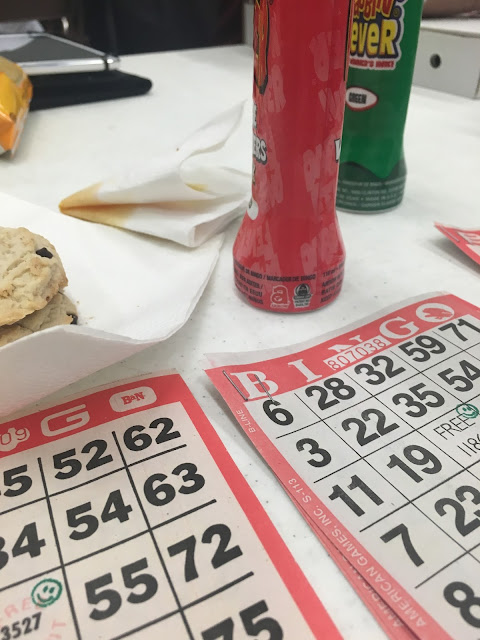 I got a Bingo!! Winners with one line got to pick out a small prize and then each card had a big game (X, Full Card, etc.) with a big prize, like Raptor tickets. 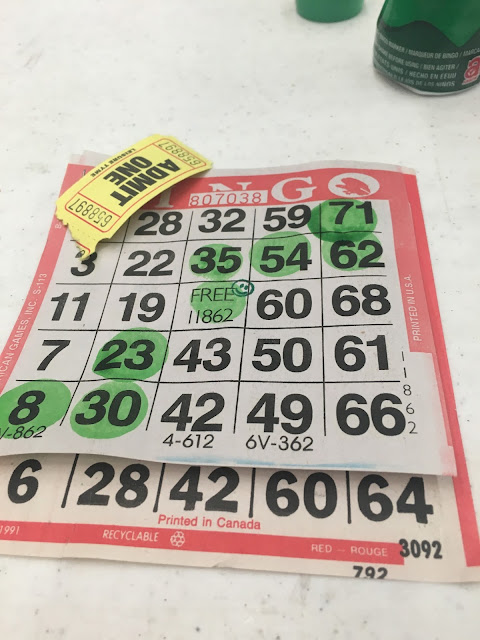 When we got home, E changed into his pyjamas and we watched a bit of the Blue Jays home opener. 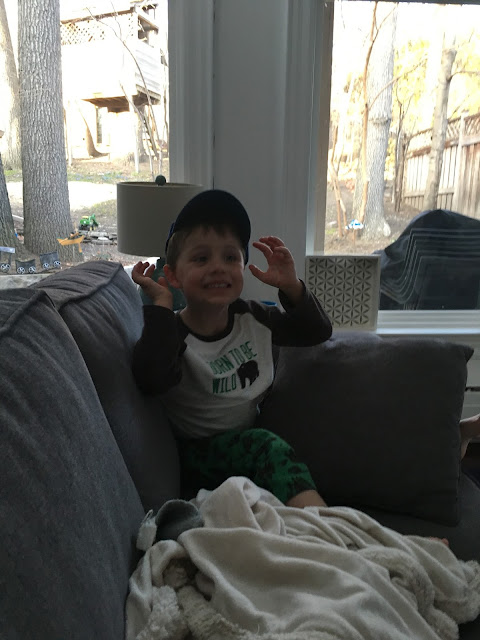 On Saturday morning we went to Lowes, bright and early, to pick out some tile for the basement.  Then made some lunch before we went downtown for the Jays game.  The subway was running shuttle buses between our stop and downtown (about 10 stops), so we decided to park by the St. Clair streetcar and connect to the subway from there.  It worked out pretty well, but it was so cold!! The walk from the subway, in our spring coats, was not fun.

Bad lighting for me! 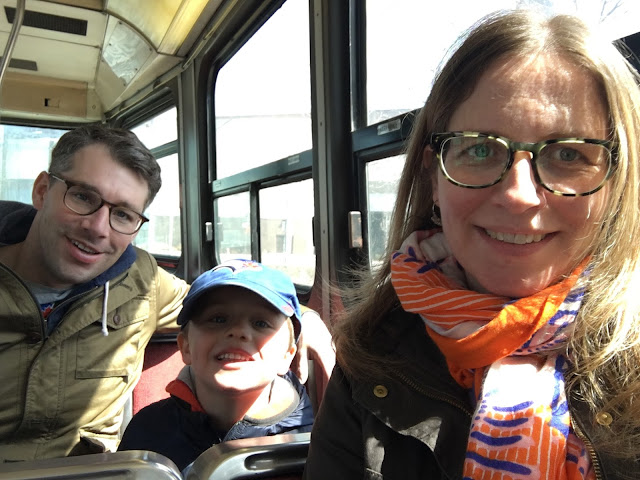 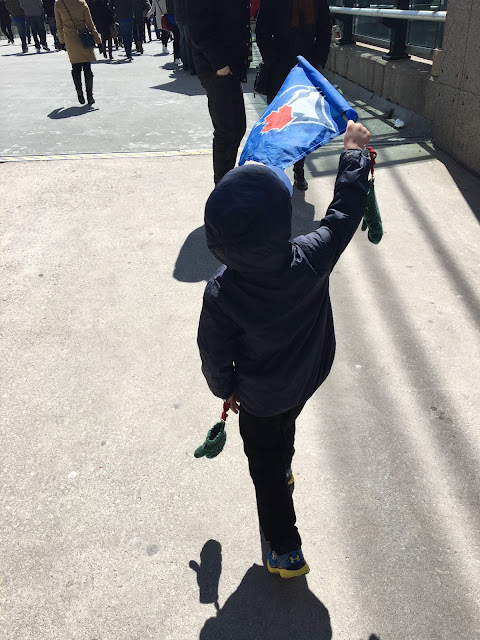 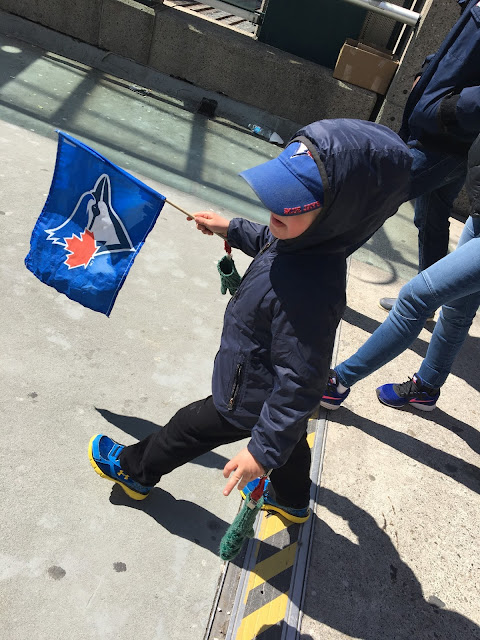 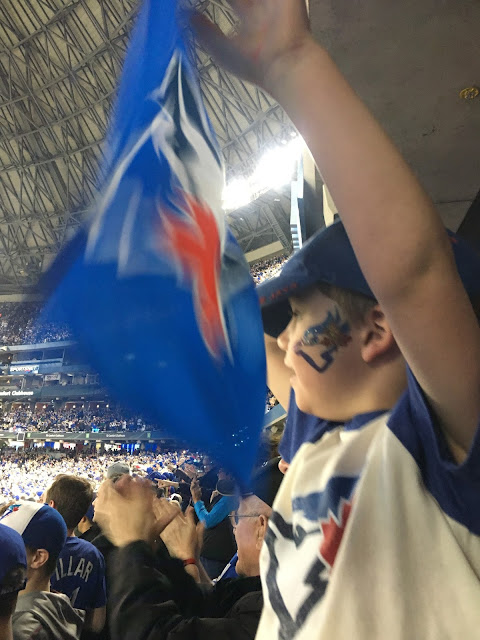 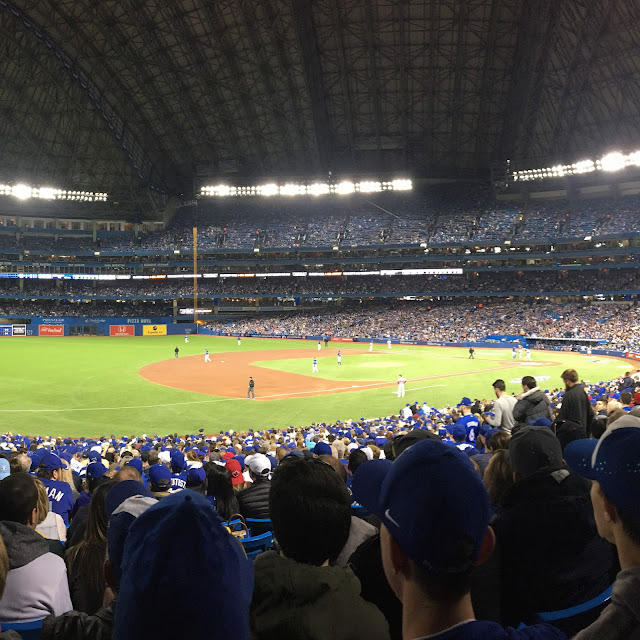 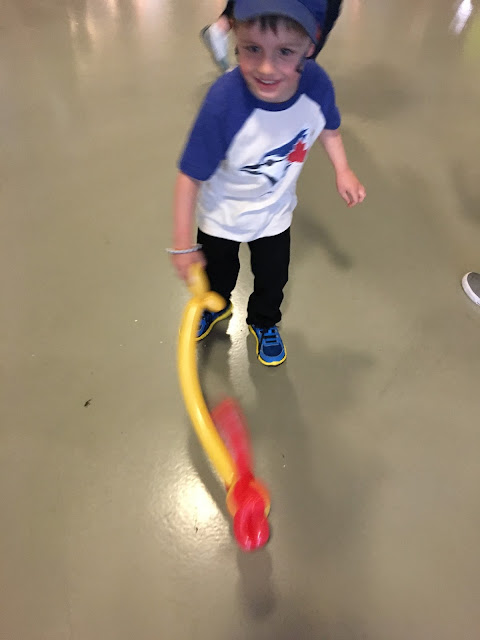 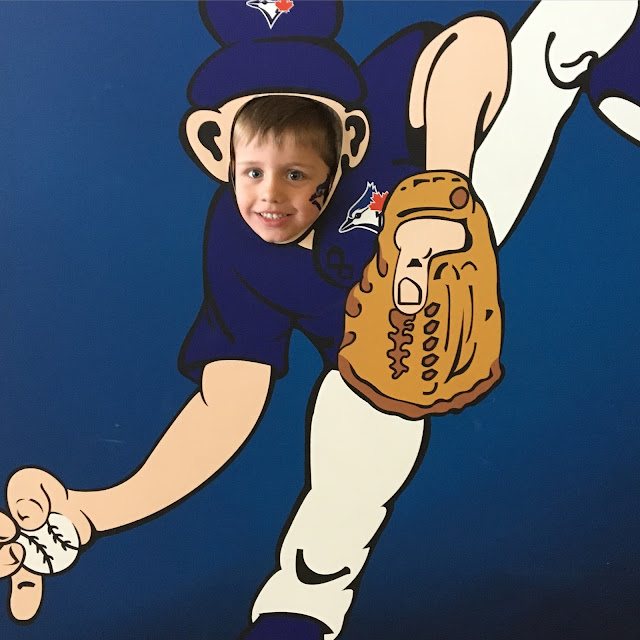 The Jays lost, but it was a good game.  However baseball games without beer just aren't as fun.  I tried to make up for it with a poutine, it only slightly worked.

On Sunday, Dave left early for the airport for a work trip.  E and I got up a bit later, had breakfast, got some groceries and then went to church.  In the afternoon one of his friends came over and they had a good time playing together.

I traced their bodies on the long paper and then they drew in hearts, bones, muscles, and finished off with some clothing.  Such an imagination. 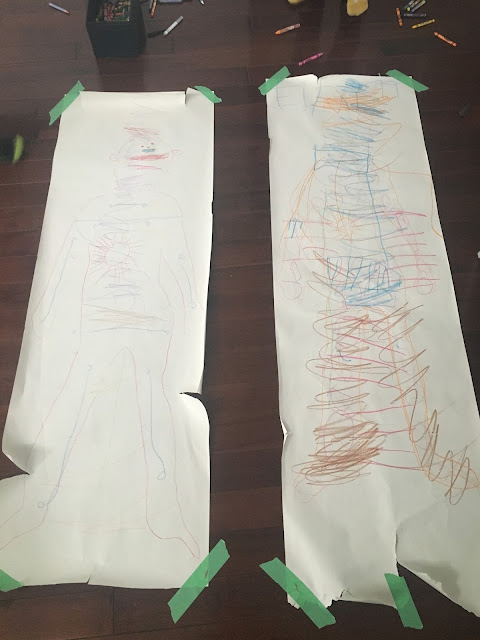 I asked if I could take E's picture while he was eating: 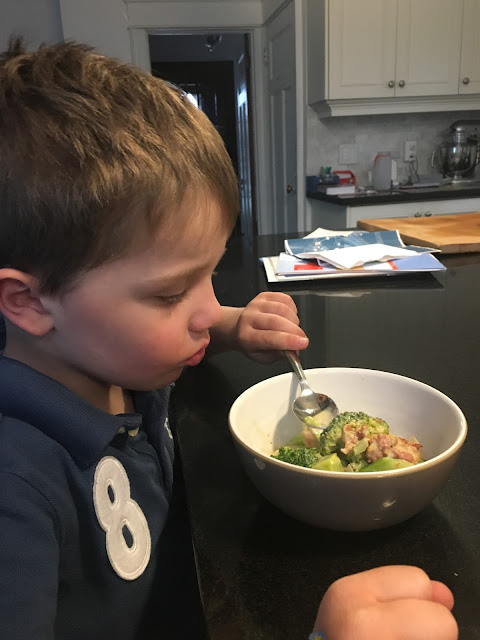 I finished my evening with the rest of the Masters.  My first choice had been Rory, and then Jason Day, but neither of them could pull off a run.  I would have preferred Jordan Speith to win back to back, I don't like when people I don't know win.  I guess we will all know Danny Willett now.