Spring is here!  We had a beautiful weekend here in Toronto.  Dave's parents were visiting.

On Saturday morning, Dave and his dad continued their work in the basement, tiling the bathroom and laundry room.  Dave's mom and E and I walked down to the library and to pick up a few things.  A few of our friends were coming over to watch the first Raptors' playoff game so I quickly ran around and cleaned up the house.
Ready for the game! 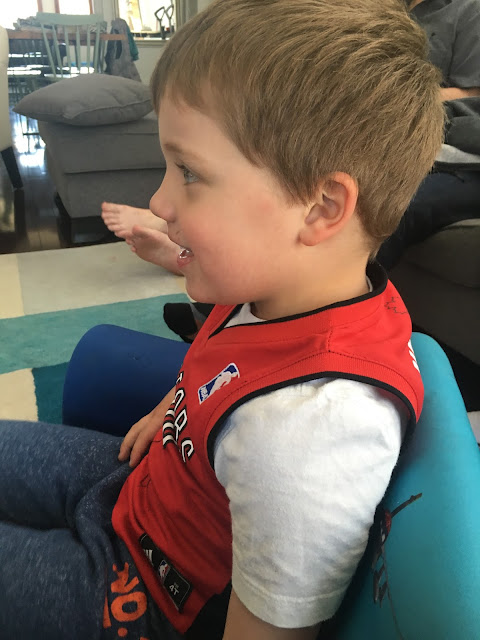 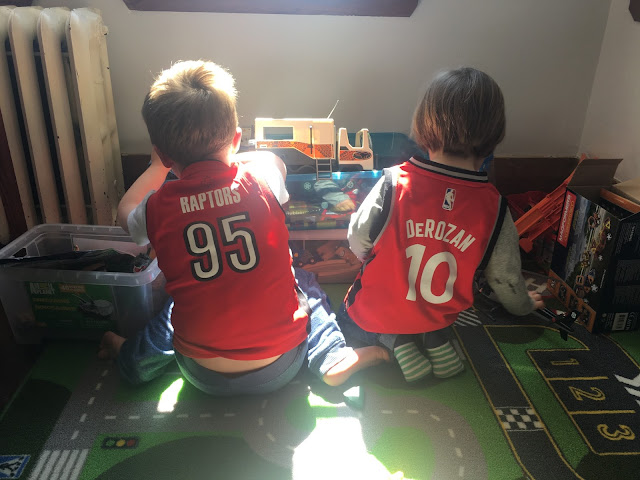 After the game (the terrible game), we went out to Oakville for a nice dinner with our friends and all the kids.  As usual, I forgot to take pictures.  E had a cold but he was still ready to party with the girls.

On Sunday, I slept in, which was really nice.  Then we went out to Costco. We are not members but will sometimes go with Dave's mom when she is in town.  One thing I got was a package of sidewalk chalk, paint and bubbles.   E enjoyed that when we go home out in the sunshine. 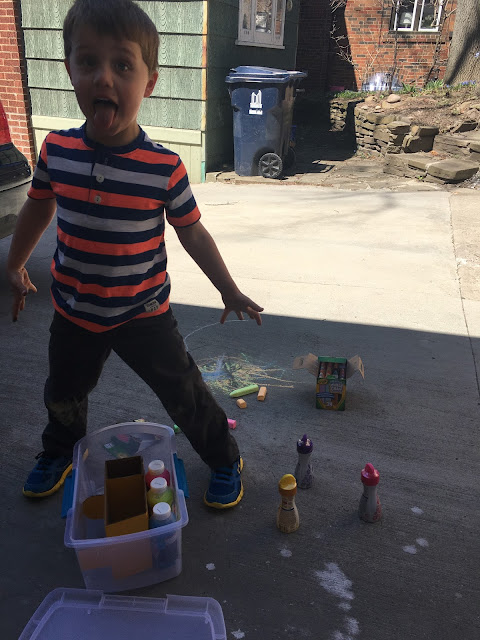 I made some lemonade for a little treat. 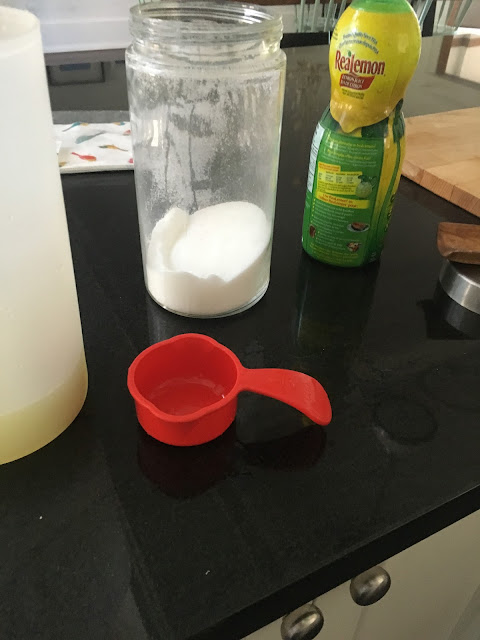 Late Sunday afternoon I went to our local yoga studio to try out a prenatal yoga class.  It is mostly a hot yoga studio, but they wanted to see who would be interested in a prenatal reduced heat class.  I think it would be a good class, and it was nice to be able to walk to the studio. 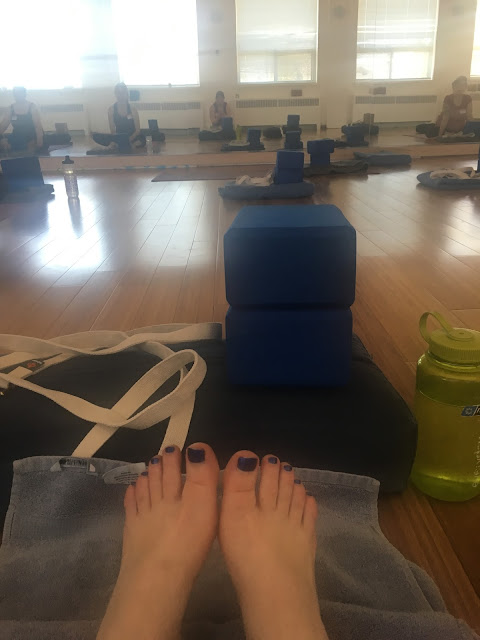 In the evening, we watched SNL hosted by Julia Louis-Dreyfus.  It was pretty good!  She is one of my favourite people on TV.