We started our weekend with no set plans but the days ended up being filled with activities anyway.  On Friday night we walked up to our local pub, Bryden's, for any easy supper.  Then after E went to bed, we finished watching this season of Girls.  a 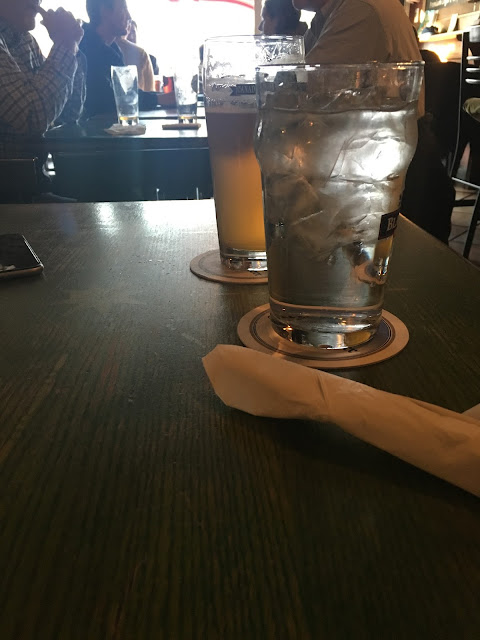 On Saturday morning we got up and started cleaning the house.  My cleaning tip is inviting friends over on a regular basis so you have motivation to keep the house looking good. 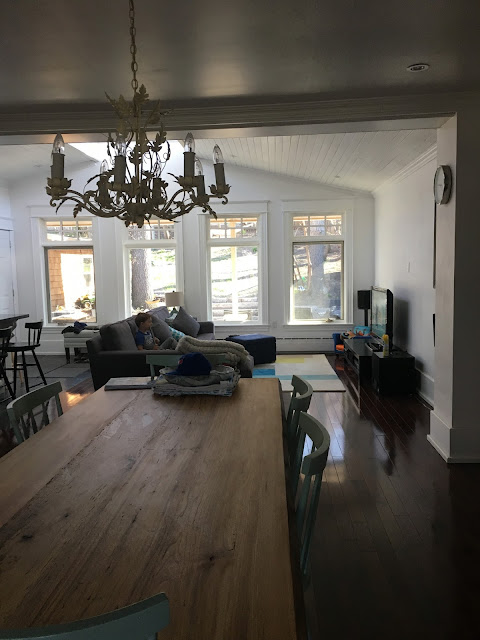 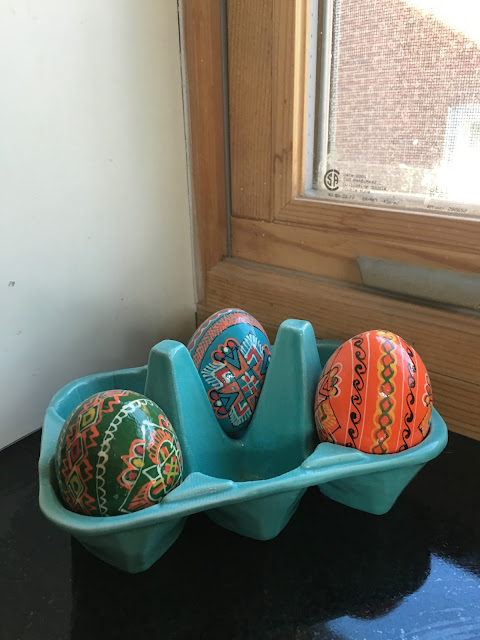 I took this for Ukrainian Easter which is next week, so this is why I've left these out. 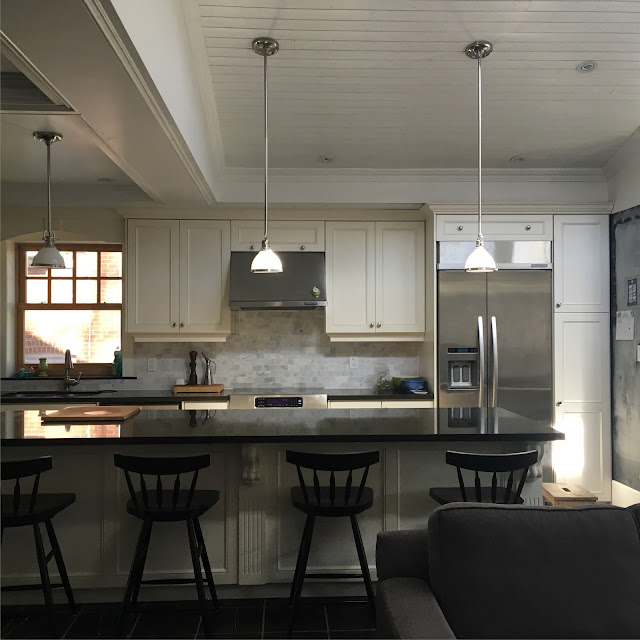 E and Dave went for a bike ride/run and then I went to get some food.   This is them leaving the house. 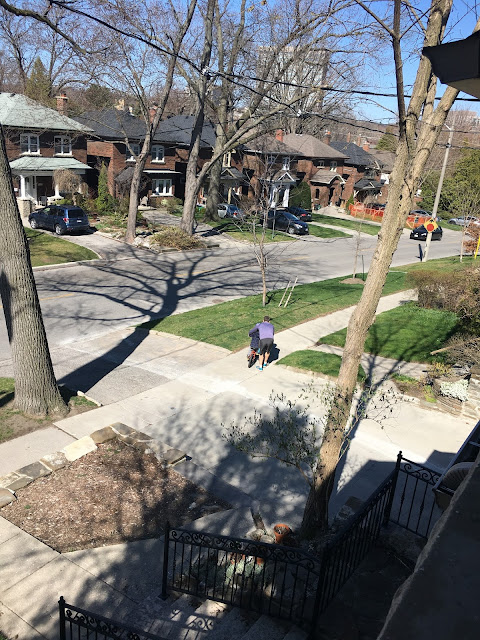 Part of our yummy lunch 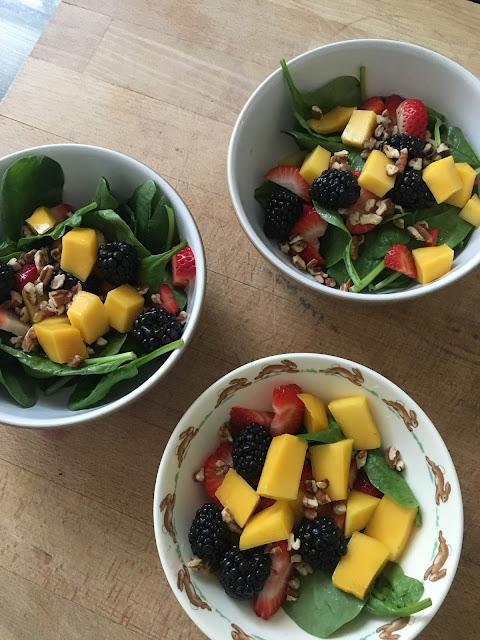 I made brownies and this was the guy who licked the spoon. 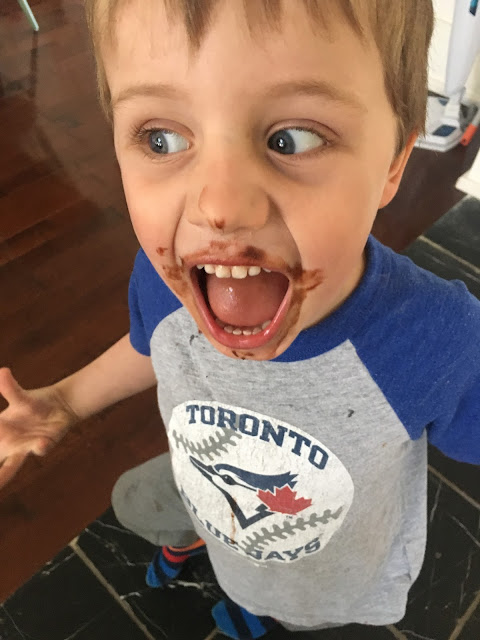 I also cleaned out some of my drawers and listened to the Disney Sing-Along playlist on Google Play.  I put it on because I thought E might like it but then he went downstairs and I was left to sing them on my own. 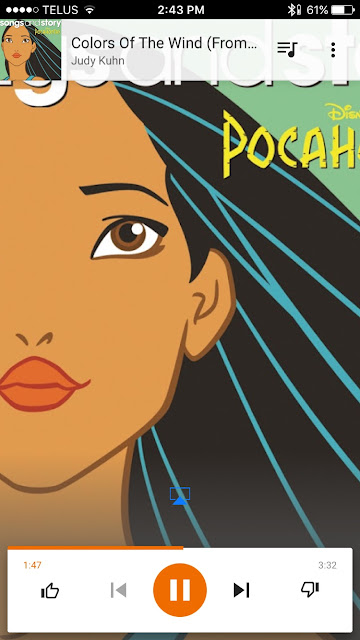 Some friends came over to watch the Raptors game and some kids came along too.  E had a good time playing with them.  After the game we cooked up some sausages and had some broccoli salad.  It was a good afternoon, even though the Raptors lost.

After our friends left, we also left to go to a birthday party.  We were able to bring E, and although it was a late night for him, he had a great time and was no worse for the wear after being up until 10:00.

This was one of the birthday gifts, Justin Bieber on vinyl, awesome! 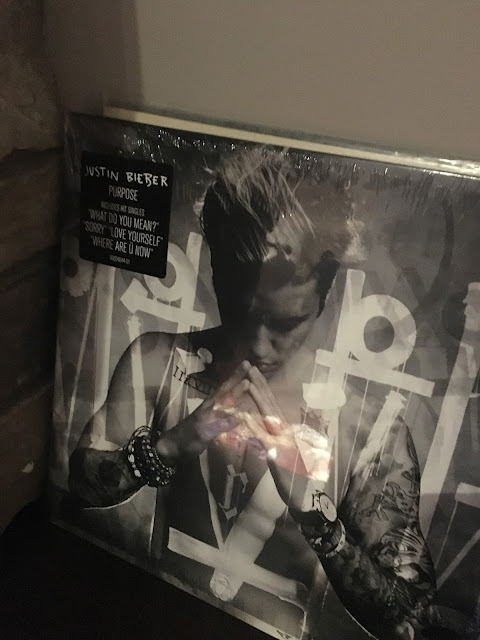 We were treated to a live band that played some amazing music.  It seemed like everyone at the party had a musical talent of some sort.  It was great!  They played Alicia Keyes, Bob Marley, some country, and Drake.  Loved it! 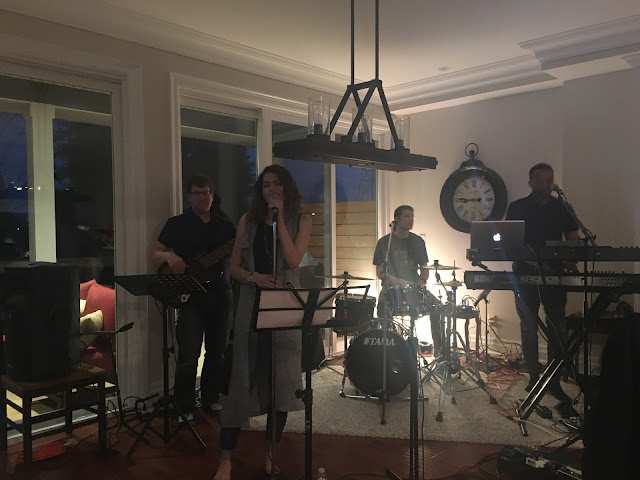 On Sunday morning we had some cinnamon buns from the bakery, fresh berries, and yoghurt.  Dave went down to the basement to grout the tiles.  E played with some playdoh and I cleaned out the front closet I put away the winter boots, hats, scarves and mittens and vacuumed and mopped up the salt, dirt and wood chips that have built up in the corners over the winter.  I love seeing windbreakers and flip flops! 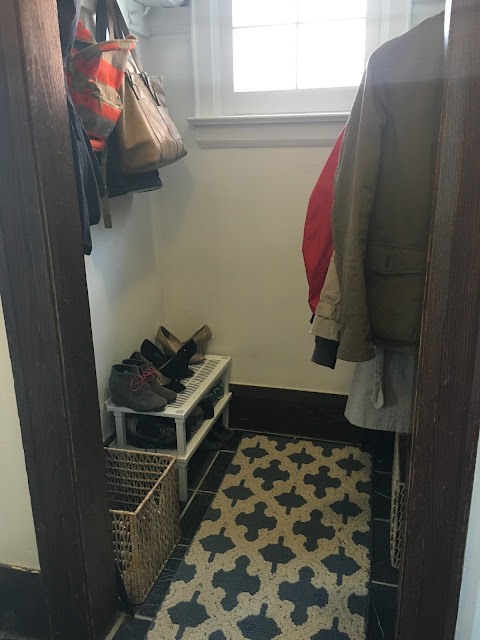 After lunch, E and I went to the grocery store and then he and Dave went for a walk to the park.  We finished our night off with Game of Thrones.