I have heard there is a new dating website that links people together based on what they hate - hippies, cats, Donald Trump, etc. - and I think that is a great idea.  It really is a good way to bond with people. 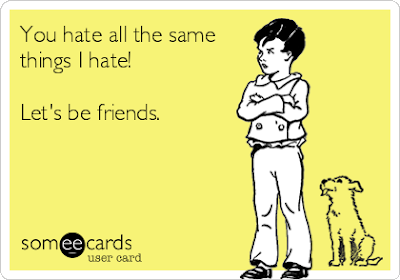 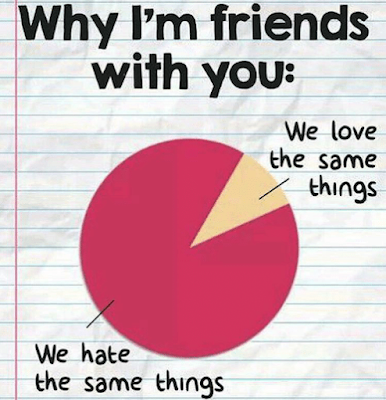 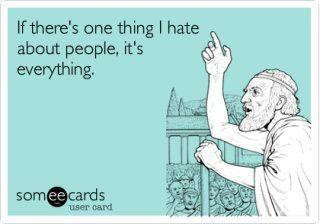 This is a fairly positive blog most of the time, but in honour of that website, I'm embracing the negativity and listing some things I hate:

- Snakes
- Mosquitos/Black flies
- Getting a sunburn
- Sushi
- Stupid people (I know that is broad but if covers a variety of sins)
- Stupid questions (they do exist, contrary to the popular saying)
- People who don't give me a courtesy wave when I let them into my lane
- Sitting around waiting for the bill in a restaurant after we have finished our meal
- People who are late
- Chardonnay
- Light beer
- Decaf coffee
- Donald Trump
- Kellie Leitch
- People who don't hold the door for others
- People who don't look where they are going
- People who stop in the middle of the sidewalk
- People walking together on the sidewalk that spread out and take up all of the space
- Sales people who are only interested in their next break
- Dogs who relieve themselves in my yard (regardless of whether the human picks it up, the pee ruins the grass!)
- Cable TV shows with laugh tracks (oldies like Friends and Seinfeld, excluded of course)
- When Netflix removes a show without any warning when I'm in the middle of watching it (ahem, Mad Men!!!)

I could go on, but I can't write forever.