We had a busy weekend and we got a lot accomplished.  On Friday, I went to the gym and got the groceries I needed for the weekend.  We tidied up the house a bit and then I made a leek, potato and watercress soup from Julia Child's cookbook for the dinner party we were attending on Saturday night.  I can't remember what we did on Friday night but I know I was tired after a full day. 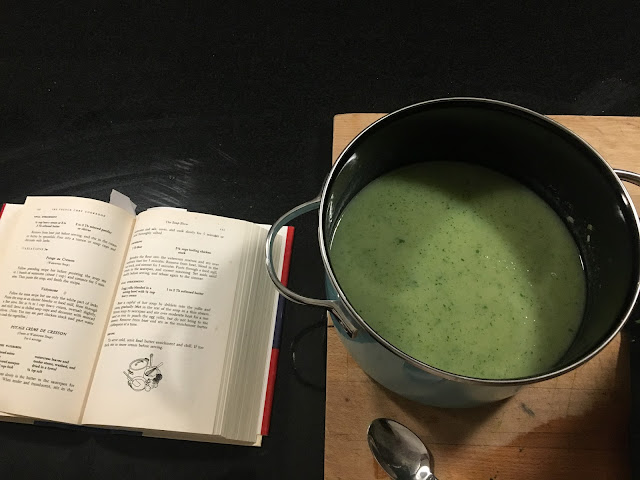 On Saturday morning I got up early to register for swimming lessons and summer camps, I got most of what I wanted, but am waitlisted for a couple of High Park camps.  E had his last skiing lesson on so we made likely our last trek to the hill for the season.  I decided not to ski and walked around with Q instead.  It was cold but the sun was warm and we enjoyed being outside.  I had thought about renting some snowshoes and heading out on the snowshoe trails, but they were already closed for the season. 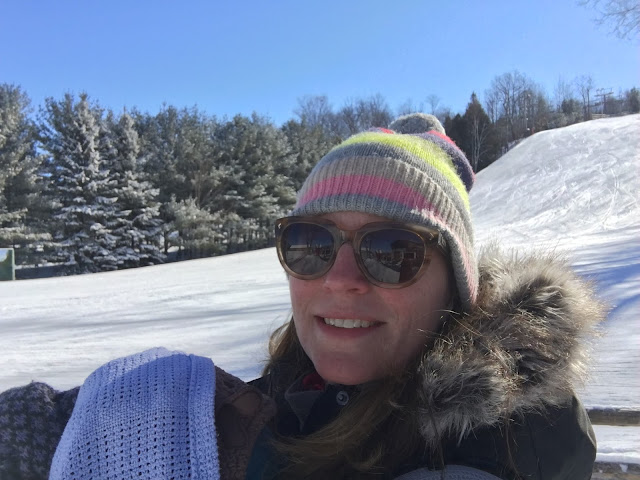 Dave signed up for the ski race in the afternoon. While we waited for the racers to get ready for the race, I took E over to the bunny hill where he could go up the magic carpet lift by himself and I could watch from the bottom.  All the new skiers were falling in front of them, but he manoeuvred around them like a pro. I am proud of his improvement this year. 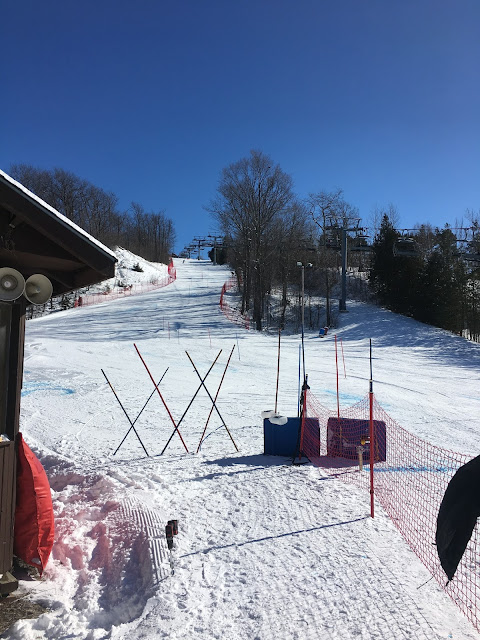 These are the friends we ski with each week.  E attended day care with the kids before he went to JK. It is nice to keep in touch with them throughout the winter. 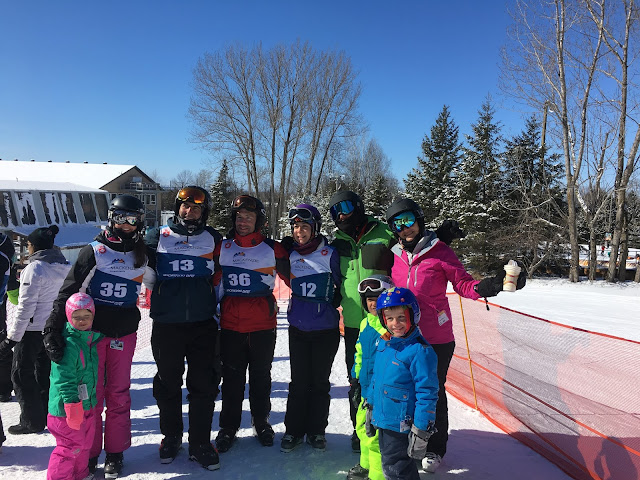 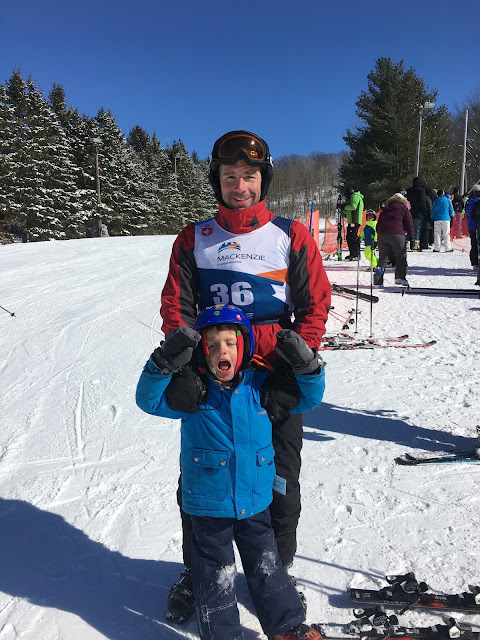 When we got home, it was late afternoon.  We tidied up and got ready to go out to our friends' house. 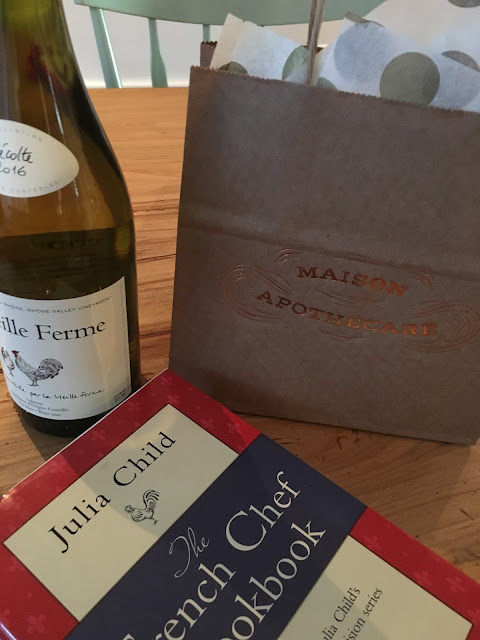 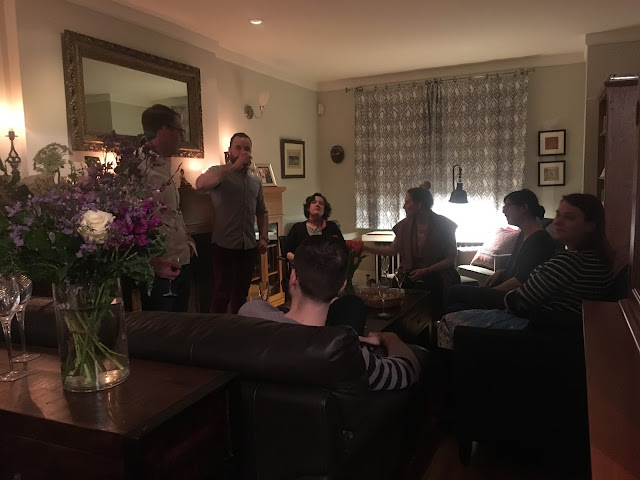 Our main course of duck with raspberry sauce, and a selection of side vegetable dishes (in addition to the rest of the meal - charcuterie and baguette, the soup I made, salad, cheese course and birthday cake). It was a lovely meal. 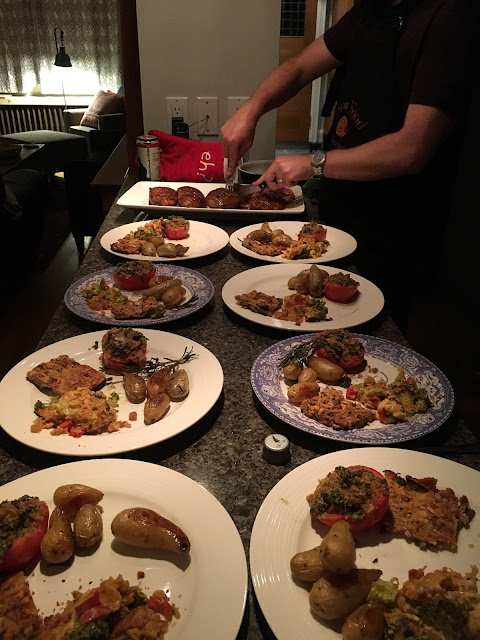 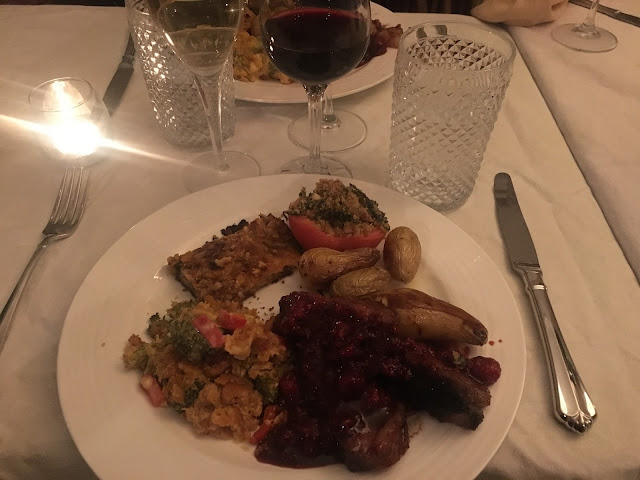 Sunday was a lovely relaxing day.  Dave's cousin Darren and his daughter Lila came over in the morning (Lindsay came later on) so Darren could join Dave on his run.  Q napped and I watched the kids destroy play in the basement. I coloured and sipped my coffee and it was quite relaxing. 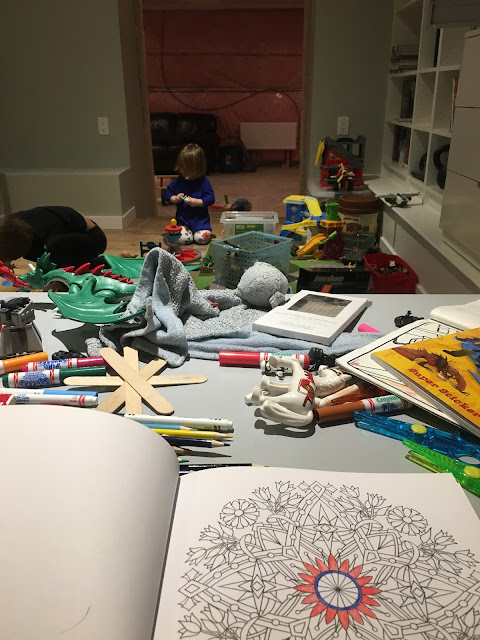 When the boys came back from the run and Lindsay joined us, we had brunch, and then some quiet time/naps before we went for a walk by the river.  Another cold day, but beautiful to be out. 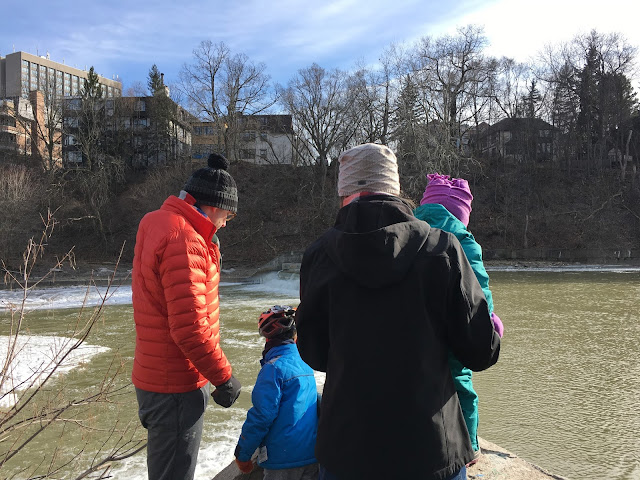 We made some pizzas for supper 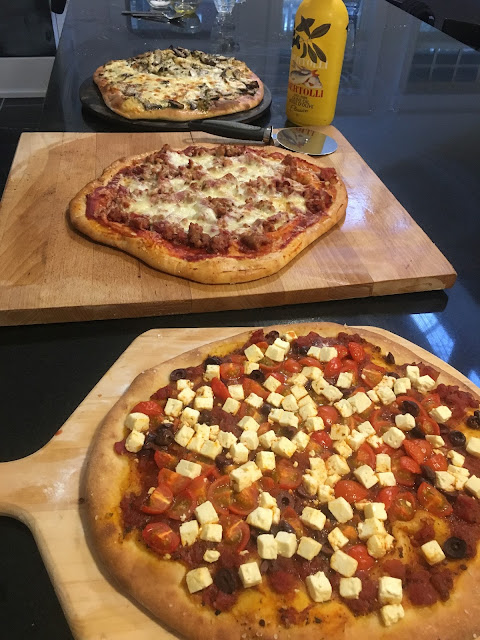 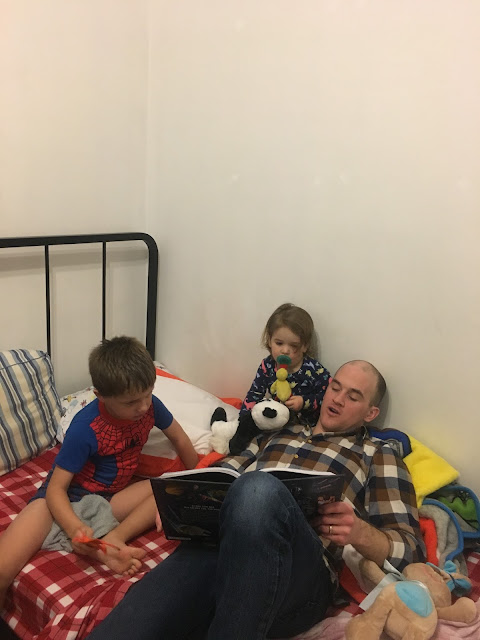 The next morning (Monday), I let E play hooky from school so we could go to the aquarium with Darren, Lindsay and Lila.  I failed at getting any good photos of everyone, but it was a fun morning.  E loved hanging out with his cousin and they get along quite well despite being a couple of years apart. 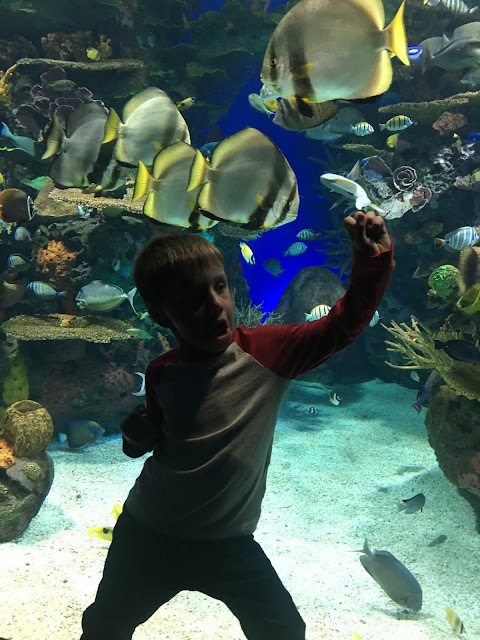 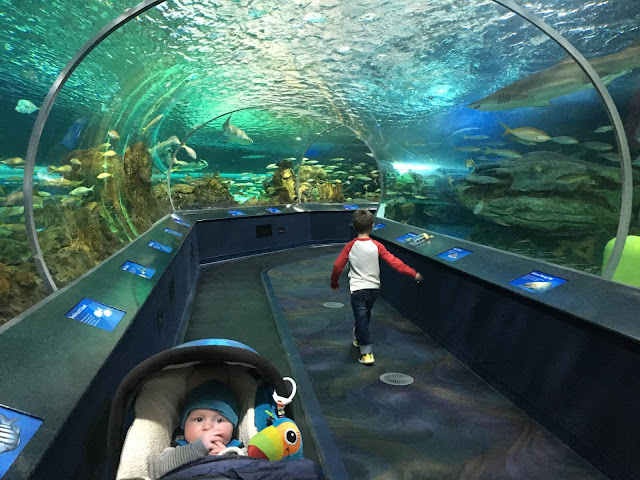 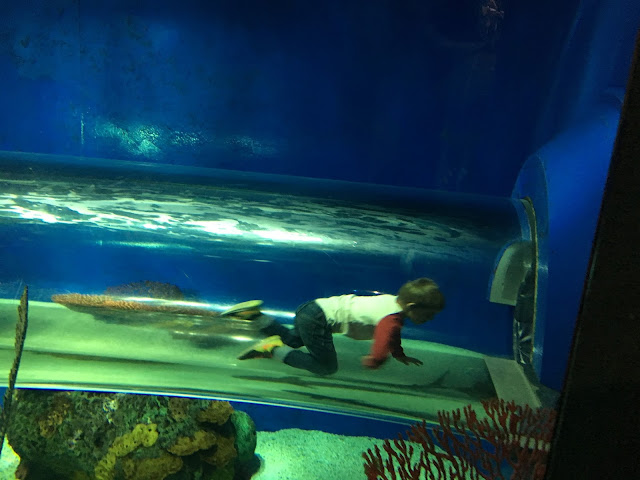