Yesterday was International Women's Day.  I tried explaining it to E like this, "a long time ago, people didn't think that women were very important, but we are important, and this day celebrates that fact".  It was breakfast time, and I didn't go into too many details, but it was a start.  Unfortunately it is not "a long time ago" but something that we are still dealing with, particularly given the discussions during the US election and since. People were giving Sophie Gregoire-Trudeau a hard time because she posted something for International Women's Day about celebrating the men in our lives who support and encourage us.  She included a photo of her holding hands with Justin.  It wasn't her only message but it was the first one she posted about.  I think people had a hard time with it because it seemed contrary to the celebration of women that this day represents.  But I got her point, and I support it; we need to include men in the dialogue in order for women to be treated equally.  Men make up just less than 50% of the total population, we are going to be running into to them forever.  They are certainly part of the problem, so let's make them part of the solution as well!! 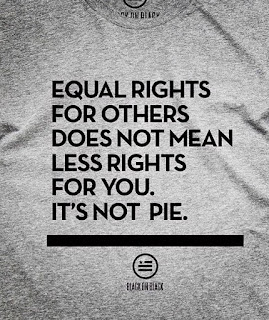 I have posted about being a mother to boys before (here) and how to pass along the message of feminism to them.  Having a male Prime Minster who proudly embraces that term certainly will help a lot, although my boys are too young to really grasp it now.  My current goal is to discourage the concept of "girl colours" or "girl toys", and to make sure they know that there is nothing a woman can't do.  You'll often here me reiterating the point that "women can be astronauts too" or adding "or she" to E's (or Dave's) sentences.  The gender stereotypes are alive and well in this world so I am trying to counteract that, and hopefully E and Q will grow up questioning those stereotypes as well. 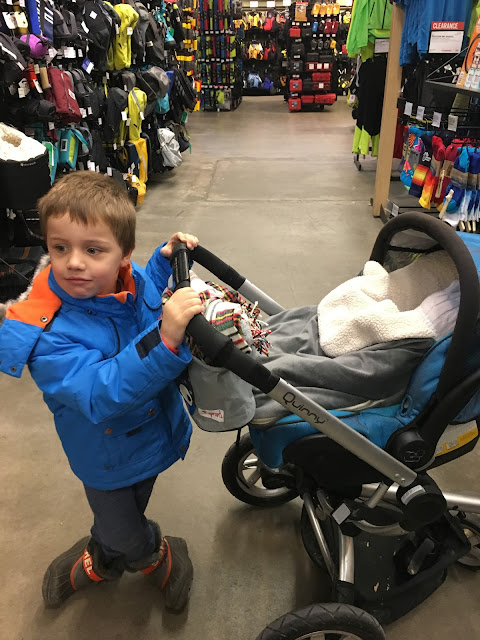 The other day I saw Kellyanne Conway say she isn't a feminist because that term has always seemed "anti-men" to her (she also said "pro-abortion" but that's a discussion for another day), and I'm sure she isn't alone in that opinion.  That is a problem, and that is why I think Sophie's message was all the more important.  If women (and girls) and men (and boys) only see feminism as being pro-woman and anti-men, then they won't get the actual message - women and men should be treated equally, we should all be allowed to choose the life we want for ourselves based on other factors besides gender, and we should never be made to feel  less than anyone else because of our gender.  I'm not raising a girl, but I am raising boys; I can't ignore the role that men play in the treatment of women, so I want to include them in the dialogue and recognize the men that do get it. 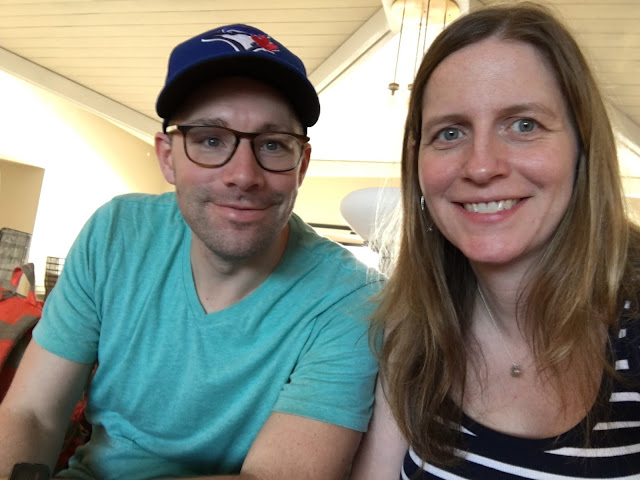 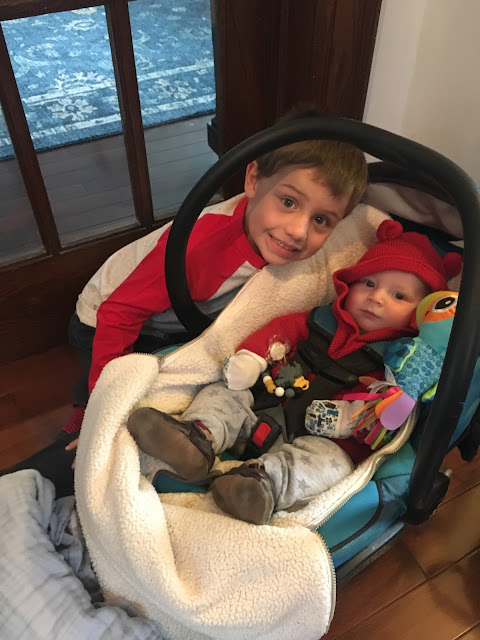