We woke up on Saturday without any real plans but mid-morning we decided we should get out of the house, despite the cold temperatures.  We got bundled up and walked to the subway for a trek down to Sugar Beach (just east of Yonge Street on the waterfront) for their Sugar Shack event.  They had some food vendors, a beer/cider tent, maple taffy booths, live music, and some displays.  It was cold down by the water but we really did enjoy ourselves.  It was nice being outside and embracing winter.

Maple Taffy, what a treat! 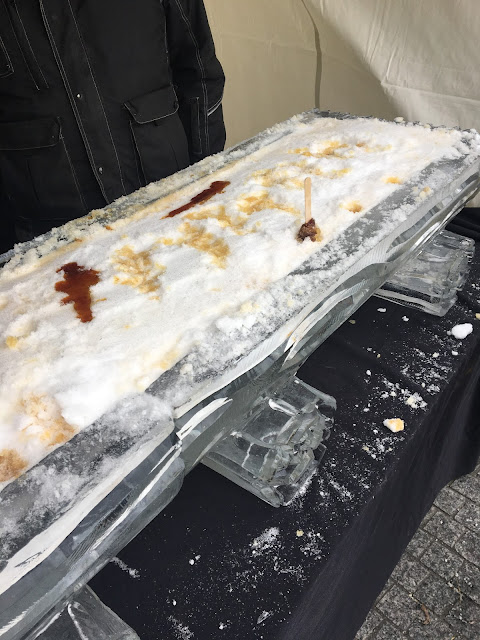 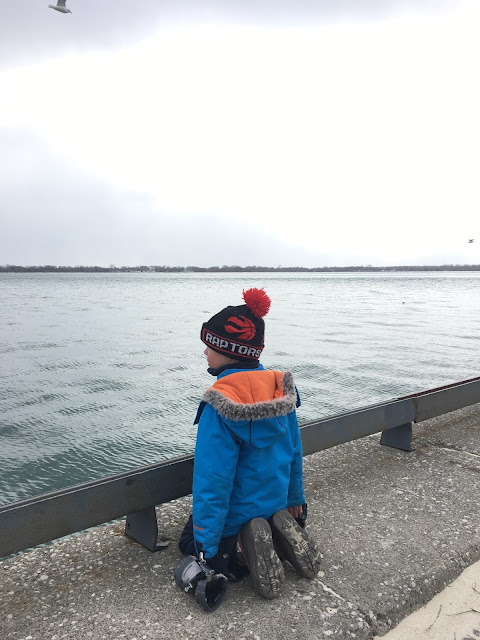 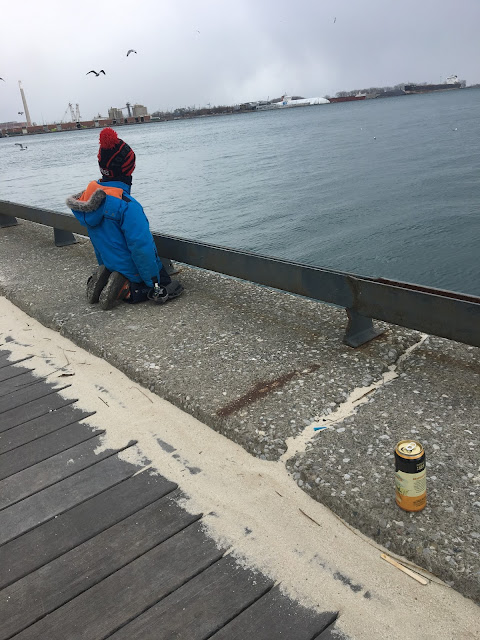 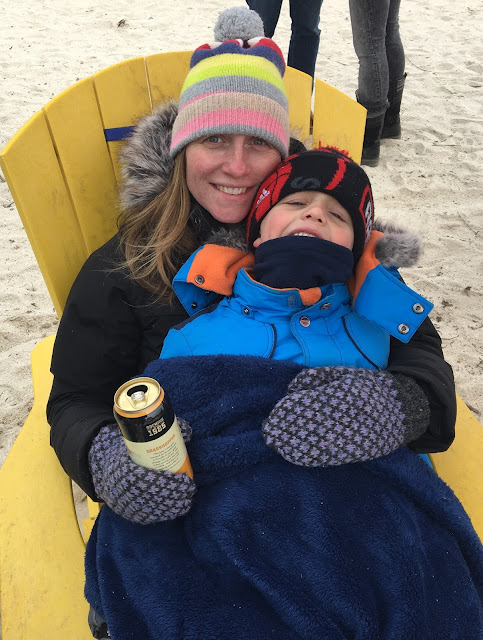 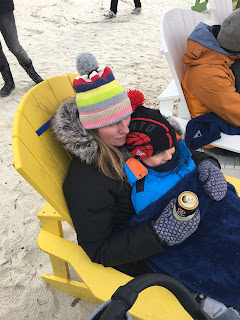 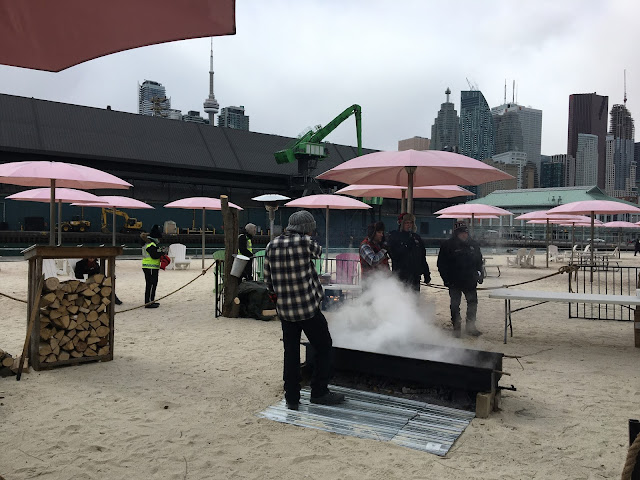 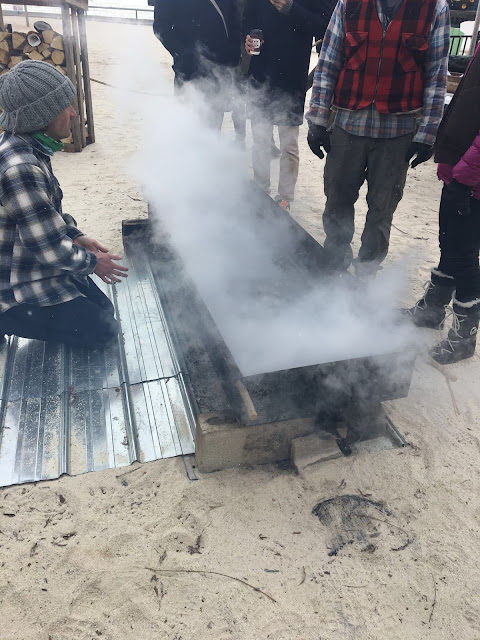 This is a fun place to go in the summer too, we have biked down here before.  There is a splash pad and a restaurant nearby 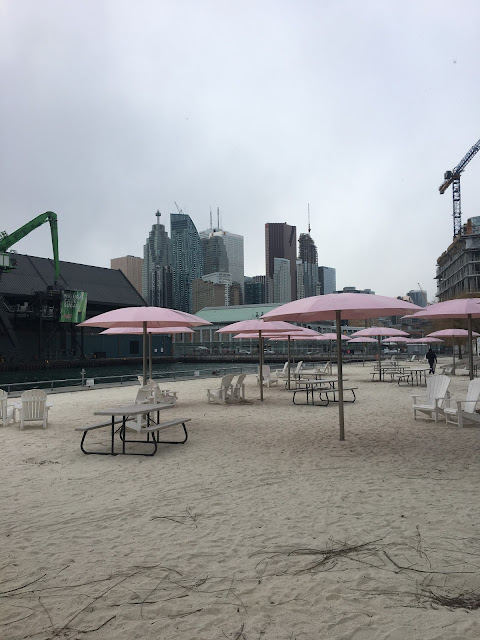 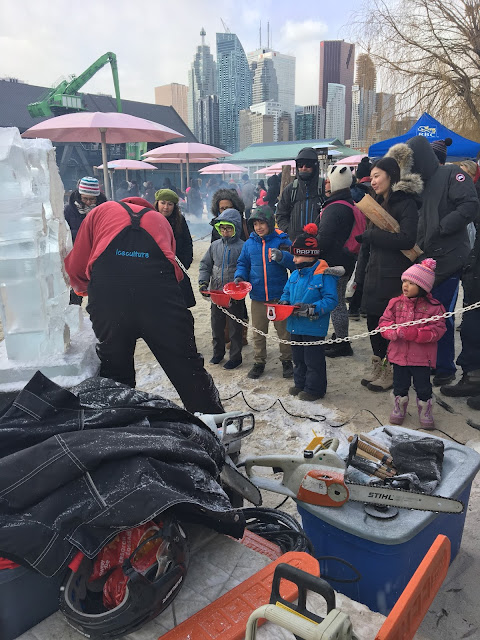 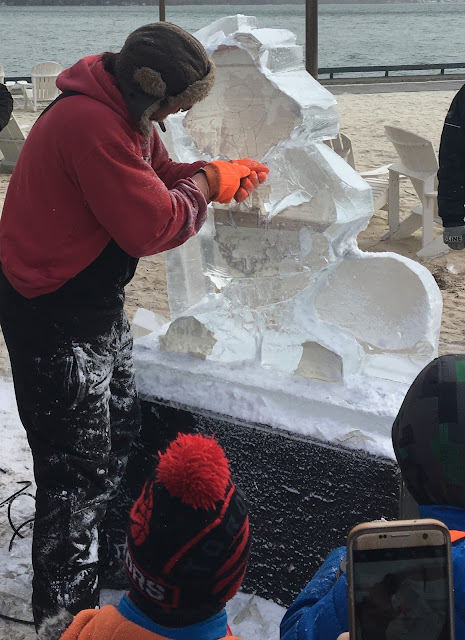 Dave's corndog and French Fries, not pictured are my pierogies topped with bacon, cheese, fried onions and sour cream, delicious! Although difficult to eat with mittens on. 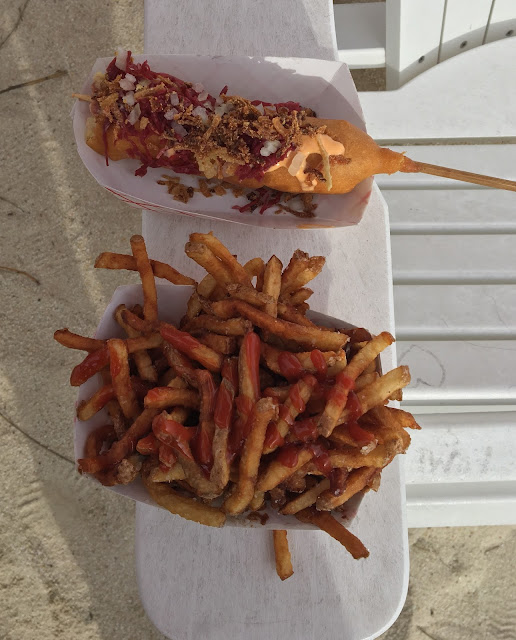 When we got home, I made some pasta for E and then Dave and I had leftover poutine from our Uber Eats order from Friday night.  Pro tip, if you think two large poutines is too many, you are mistaken; leftover poutine is just as good.

The cold temperatures on Sunday deterred us from doing much more than getting groceries.  Instead of church, E watched about 20 episodes of Busytown Mysteries (or that's what it felt like..."who, what, why, how, who, what, when, where, why how!...anyone?), I did laundry, Q napped, and Dave went for a run.

I made pasta for supper along with this yummy tomato and bread salad from a Jamie Oliver cookbook.  I haven't made it for a long time, but it was delicious!! 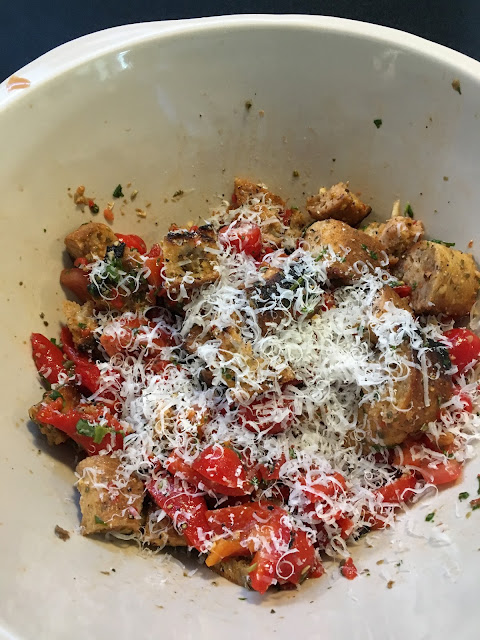 Then it was on to watch the curling (this was not the score when I took the photo, it was just a flashback to earlier in the week), and some other shows.  The boys had no problem going to bed even though it was a little lighter with the time change, but getting up on Monday morning may be a different story! 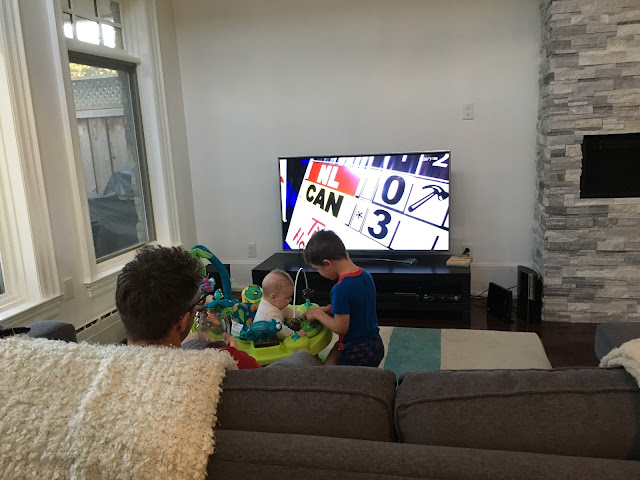