I spoke too soon! Just the other day I mentioned to someone that we had a pretty healthy winter, and even though I knocked on wood (!) both Q and E were sick on Tuesday night and all day Wednesday.  They seem to have perked up a little bit as of Wednesday evening, so we'll see how today goes.

Since we were up late with some sick boys and up early too, I will keep this post short.  I thought I would share my tactics for dealing with throw up.

When it is on the hardwood or tile floor (or in this case the wall and door), clean up is pretty simple.  Give me all of the paper towels, a bucket, and some Lysol spray.  I just use as many paper towels as I need and throw them into the bucket.  When it is mostly all cleaned up, I then spray the surface with Lysol, wipe it down with more paper towels.  And I may use some water if necessary.   I used to be so hesitant to touch bodily fluids, but now I just don't care; I did shower at midnight after everything was cleaned up though :)

If the mess is on the carpet, the clean up starts with a washcloth or other rag.  I scrub it down as best I can with water and then spray it with Febreeze.

When I know E is sick, I will put big beach towels over his pillows, and then on the floor and set a bucket beside him.  Then it easy to take them away if they get messy and replace them with others.   This unfortunately does not work with Q yet since he moves around so much the towels would just be moved, plus he doesn't understand the concept of getting sick in a bucket or bowl.   He did lay on the blanket on the couch though. 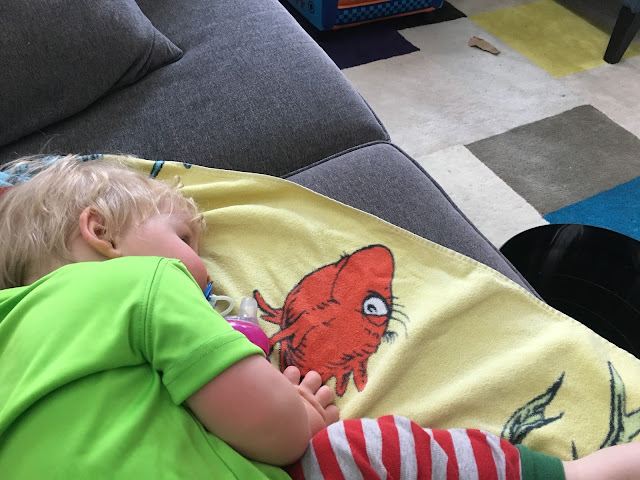 I also clean all of the laundry as soon as I can rather than leaving it until the morning, mostly because you may need that clean laundry as soon as possible, and you don't want to be without extra sheets and blankets.  One of our little stuffed animals was hit by the crossfire, and I didn't want to throw him into the washing machine.  A little surface cleaning and he seems okay. 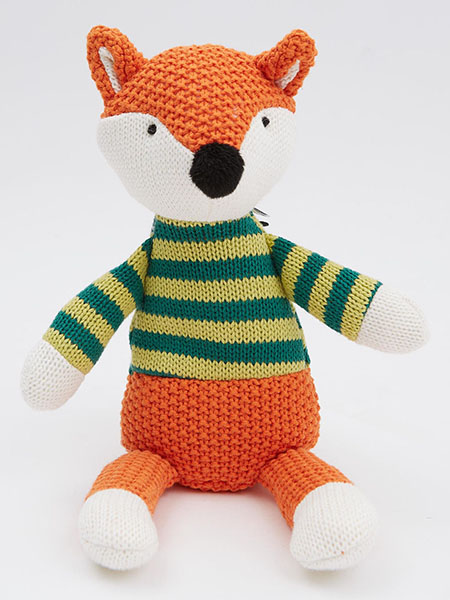 I know these are not groundbreaking strategies, but in case you're a new parent and haven't had the pleasure of doing this yet, here are some tips!
Posted by TorontoSAM at 6:00 AM