I'm going to make this short and sweet - if you live in Ontario, get out and vote in the upcoming provincial election (June 7).  I don't even care who you vote for as long as you get out there.  For some of you (ahem, white men) you may not think much about this privilege since it is something you have had for a long time.  But I think about how women, and minorities of all sorts, fought for the right to vote, and are still fighting (and dying) for that right in other parts of the world.  Not only do we have the right to vote, we have safe places to do so, and lots of opportunities.  I voted in the advance polls this weekend and just rode up on my bike, was greeted kindly, checked in with no issued, and quickly cast my ballot.  After making a "vote early, vote often" joke, I was on my way. There are very few valid excuses for not voting, so do it!!! 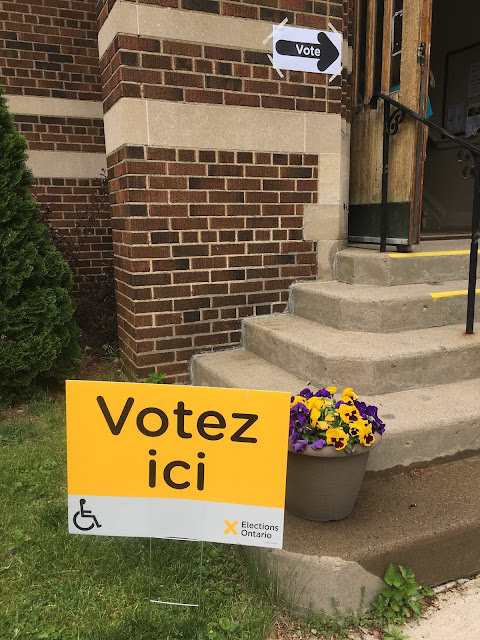