Wedding season is here so maybe you are looking for some good marriage advice to share.  Here are a few pieces of advice that I like to share: 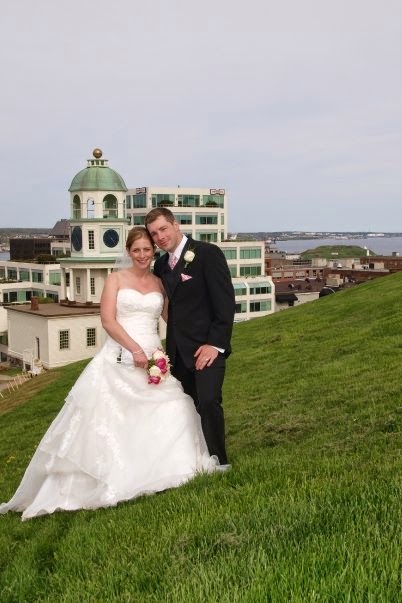 Don't wait for the right time to buy a house, have children, plan a big trip, etc.  There will never the perfect amount of money or time to do these things. If you spend time waiting for that perfect time, you may miss out and end up bitter.  When we lived in our old house, it had two bedrooms so we knew when we were going to have a second child, it would be time to move into a bigger place.  But since it took a little longer than planned to have Q, we were in the house longer than I wanted to be.  So we started looking for a house anyway, and it was the right thing to do.  When Q came along we were all set up.

Be each other's cheerleader. This can be difficult to remember sometimes, particularly if you are both successful in your own right, but supporting each other's dreams is important.  I'm not just talking about the love language of "words of affirmation" although that is something to note too, but it is also noticing a new haircut or outfit, or acknowledging when the other person has made an effort.  It is also complimenting your spouse in front of other people, both when they overhear you and when they can't. It makes the other person feel special and that is your number one job as a spouse and partner.

Don't worry about being right and trying to be more clever than the other person.  If I trace arguments back in this house, it is often linked to one or both of us trying to outsmart the other one and try to appear more clever.  There is no point, just let it go.

In a book I read about disciplining kids, they used an example of asking your spouse to do something (like help with a chore) and then getting annoyed with them when they don't show enthusiasm for it. So instead of just hollering up from the basement or out from the yard, instead ease into the request and ask them about what they are doing, etc. and then ask if they wouldn't mind helping you out.  It takes only a couple of minutes and then it makes the request a little friendlier rather than as a command, and it may save some frustration!