Three things going on with each of us at the moment: 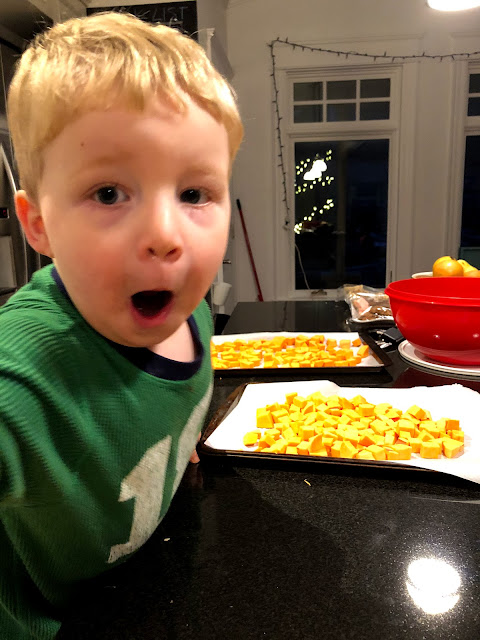 1.  We thought about commencing the potty training journey for Q soon but I don't think he is ready yet.  One of the signs is that he can pull down his own pants; I've been prompting him to get himself undressed but he is not interested.

2. He only likes one pair of mittens - which are these thin fleece ones.  He needs warmer and waterproof mittens but he does not want to put them on.  When we went out to shovel on Sunday Dave and I had to hold him down while we put the good mittens on him.

3.  He is very concerned with others.  The other day I was putting groceries in the car and bumped my head on the hatchback door and said "ow".  From his carseat where he was already strapped in, he said "okay?" and I said "Yes I'm okay" and he was satisfied. 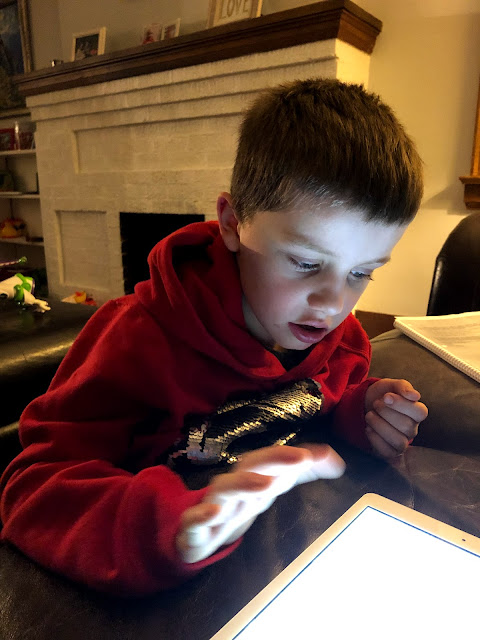 1.  E's teacher set up a math app for their class; it's called ILX Math and set up by grade level.  He loves doing it and goes through a few of the exercises each night.  He loves math!

2.  He got some Bey Blades for Christmas and took them to school last week so he could participate in the Bey Blade battles with his friends.  He said he needs to go Toys R Us to get a Bey Blade stadium.

3.  He didn't have school last Friday and Dave was going to let him stay home instead of going to the YMCA all day but he said he needed to be there.  He and his friends had built a Lego Titanic, iceberg, and the Carpathia (the ship that rescued the passengers, and yes, I had to look that up just now, but he knew the name).  They were going to do a demonstration of what happened.  Kids are cute, they are really listening and learning all of the time. 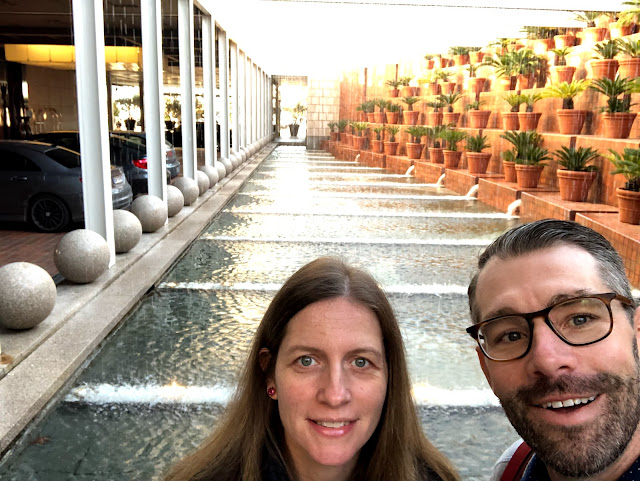 I struggled to come up with three things about us that would be different from the last ones I've written about - we are trying to eat healthy foods, drink less alcohol, exercise, keep the house clean, spend time with our children and each other, and get our work done. These are the days!