Another fairly quiet winter weekend; great for the soul.  On Friday night after work Dave made some homemade pizzas that were waiting for us when we got home.  Then we watched The Grinch (the new cartoon one).


On Saturday morning we were up early to get the boys out the door for skiing.  After they left, Q watched a couple of episodes of Paw Patrol before we went to swimming.  He is all snuggled up on the couch under his blanket. 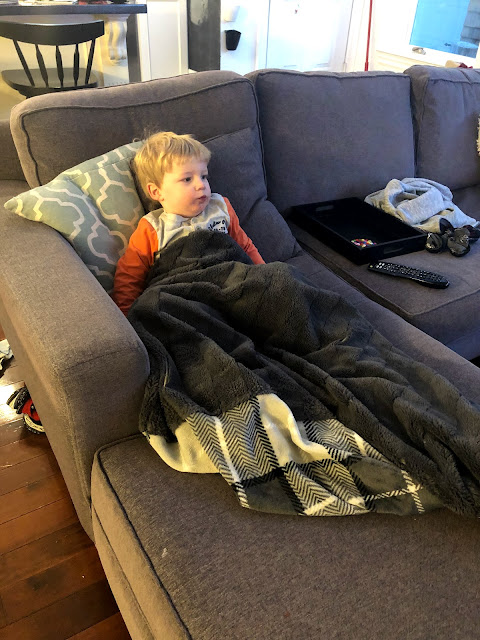 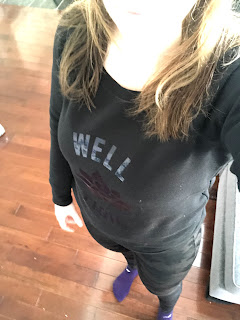 The pool at swimming was colder than usual so Q was not overly thrilled to be there, but he eventually got into it and liked jumping off the side.  After we left swimming we picked up our grocery order and then got a few things on Bloor.

Meanwhile it was race day at the ski hill and E came in third place! 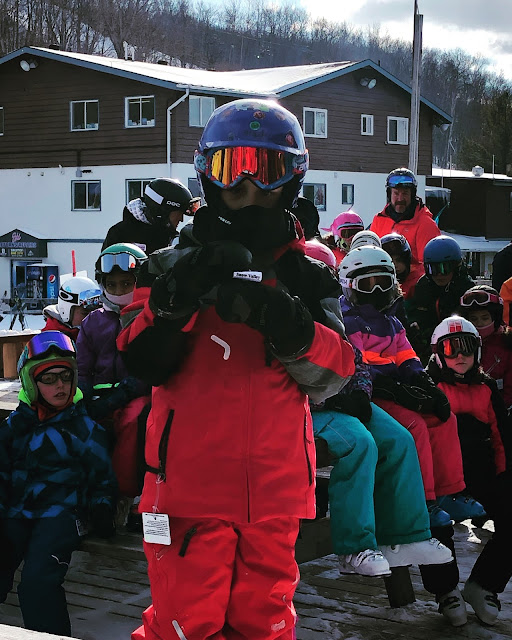 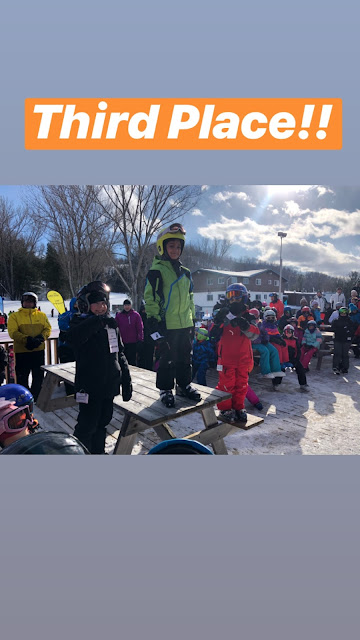 While Q napped (for three hours), I cleaned the house and prepared for our dinner guests.  We were having chili with various toppings - cheese, chips, sour cream, avocado, cilantro, and green onion.

A few snacks to start us off. 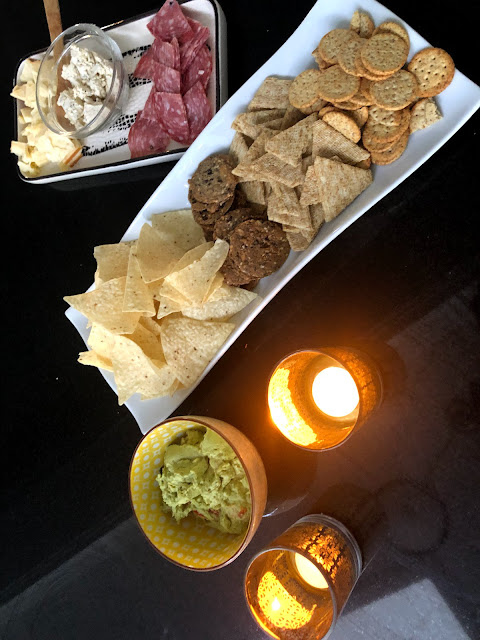 When I moved them over to the table, Q was very interested. 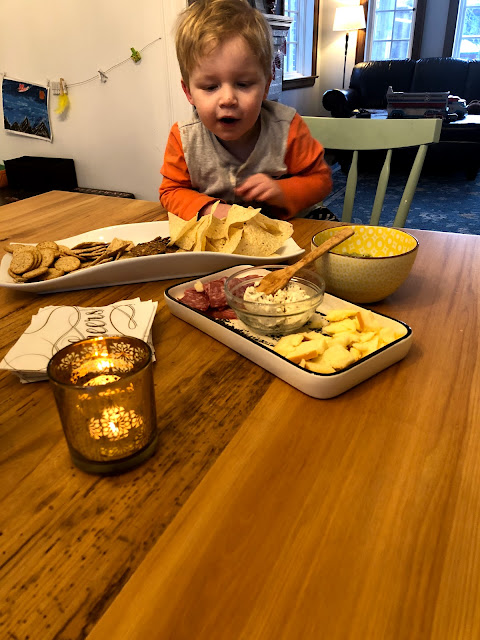 The kids are ready to eat. 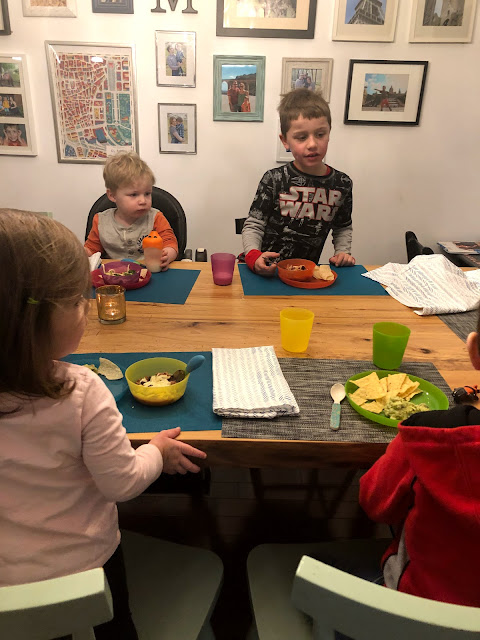 On Sunday morning we woke up to a surprise snowfall.  I had gone to bed at 10:30 and there had been no sign of snow; we were surprised at how much there was.  We all went out to shovel. 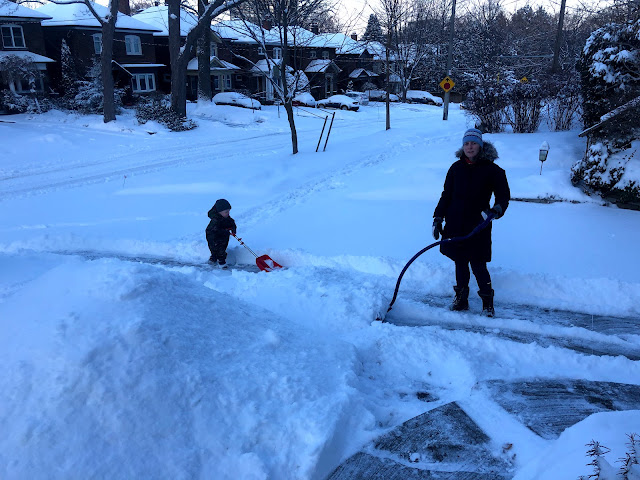 I took the boys to church where we were celebrating the anniversary of being an affirming ministry (which means we welcome people of all walks of life, specifically those in the LGBTQ community).  There was a lovely rainbow flag hung at the front. 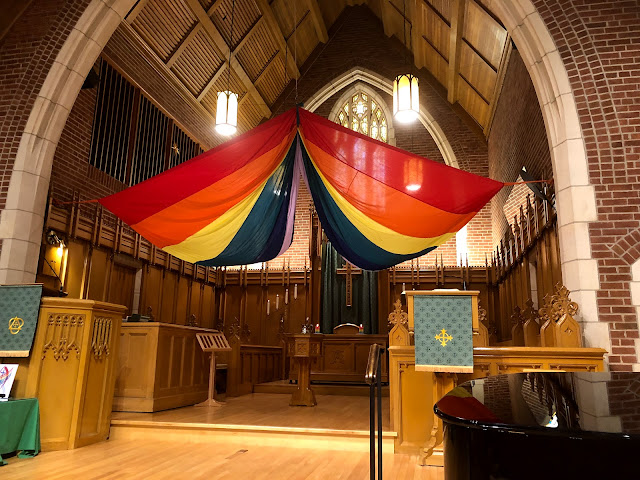 And we got to have rainbow cupcakes afterwards! 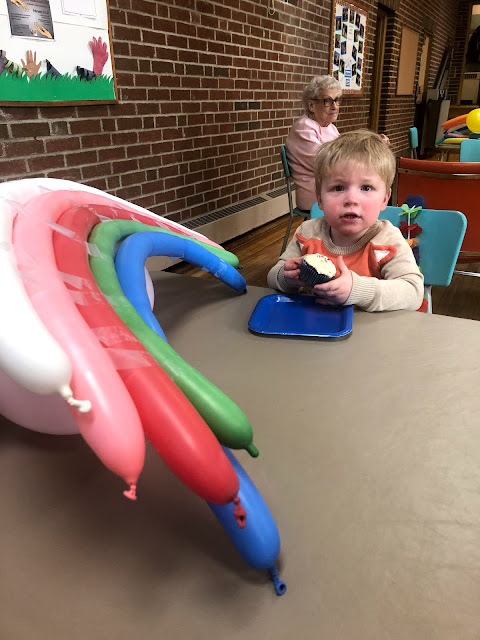 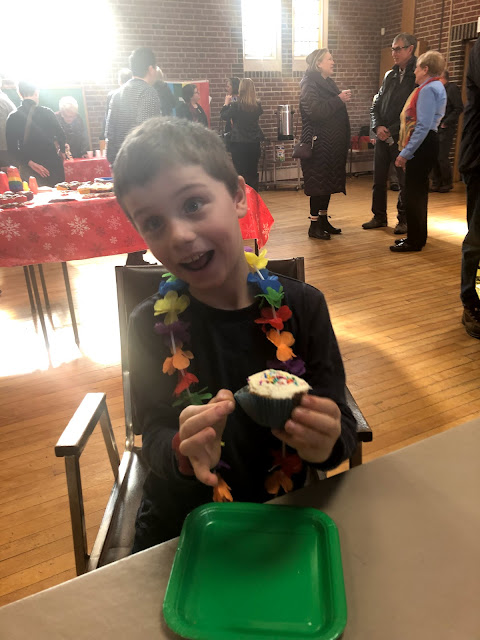 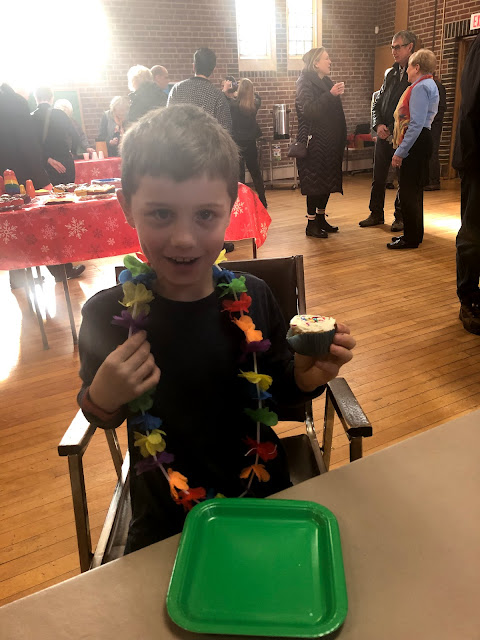 In the afternoon, Q went to nap, I did some reading, and E worked on his math app on the iPad. 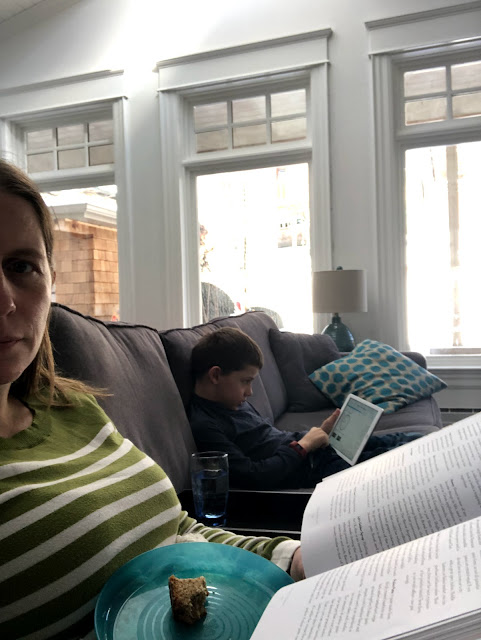 Dave came home after picking up his parents at the train station, and we just hung out for the rest of the afternoon.  They also went sledding while I got supper ready.  I finished up my night with yoga.