These two pictures are ones leftover from last Wednesday.  I was making pasta sauce and Q was helping. 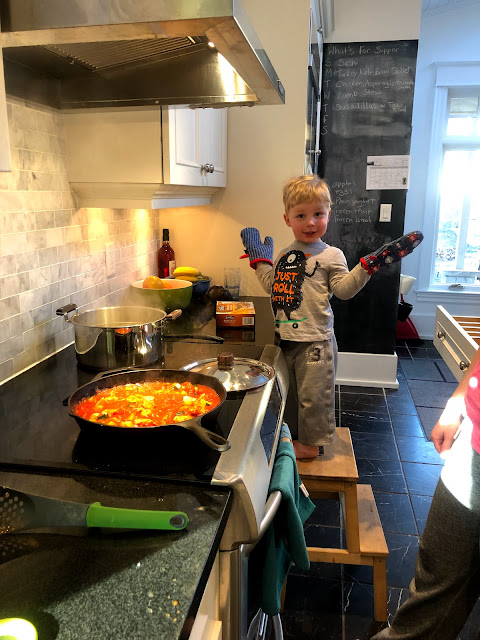 And then he was using the foam roller. 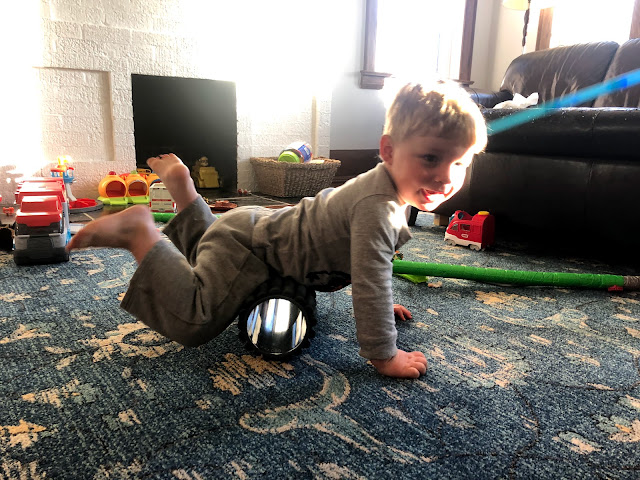 On Friday evening after we had supper, we went for a walk/bike down to the river to check out the ice build up.  Dave's parents were in town for the weekend. 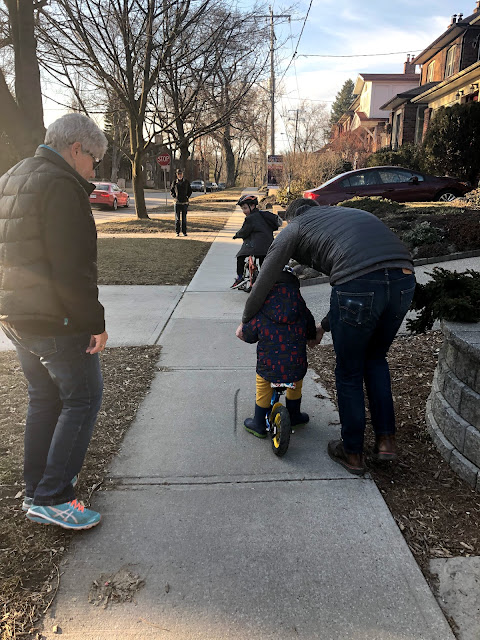 Still a big mess down there. 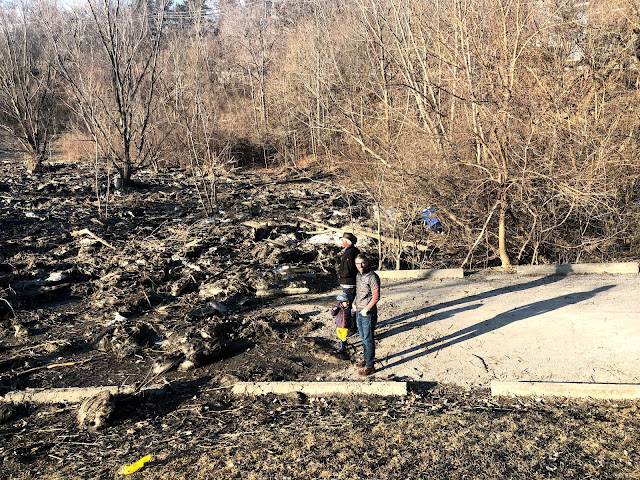 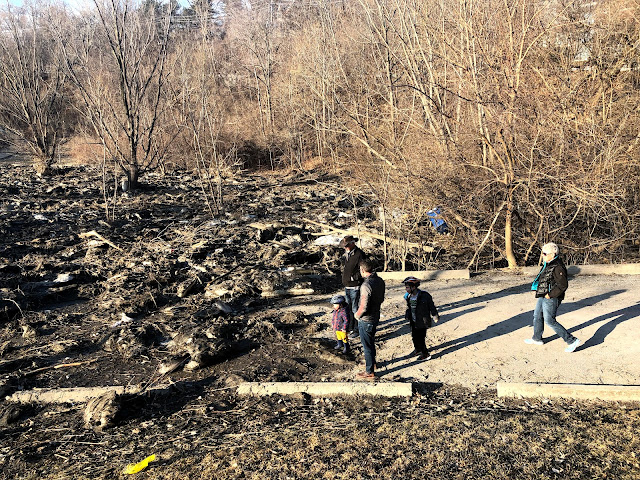 A few rounds on the slide at the playground. 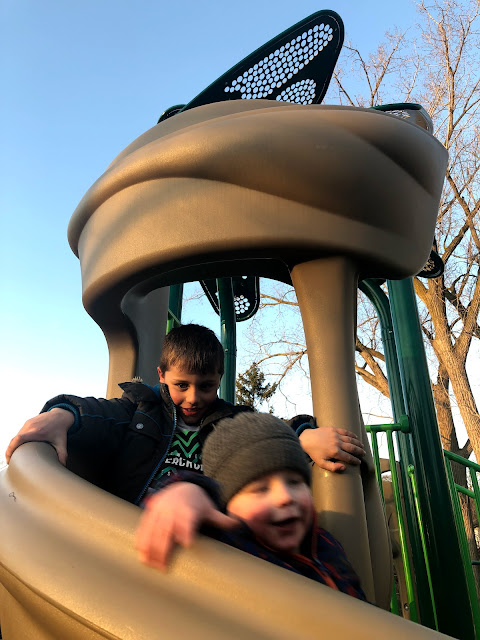 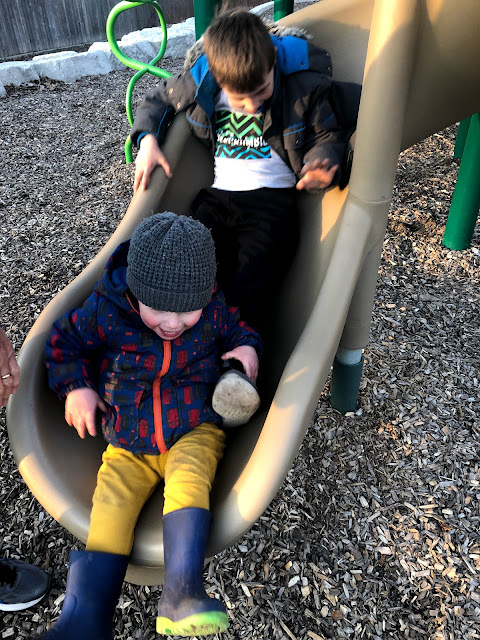 After the kids went to bed, the adults watched Vice.

The next morning, we didn't have a lot going on and it was raining.  Our main outing was a trip to Costco.  You would not believe it, but the lady behind us in line recognized me from this blog!! So she said hello and she said she enjoys reading my posts.  I can probably count on one hand the people that read this blog on a regular basis that don't know me personally, so what are the chances I would run into one at Costco!! So strange, but thanks for saying hello!!

When we got back, I made an apple pie. Dave has been asking me for pie for quite awhile but we haven't had one since Christmas, or even before that.   It was a little runny, but no one seemed to mind and there were no leftovers! 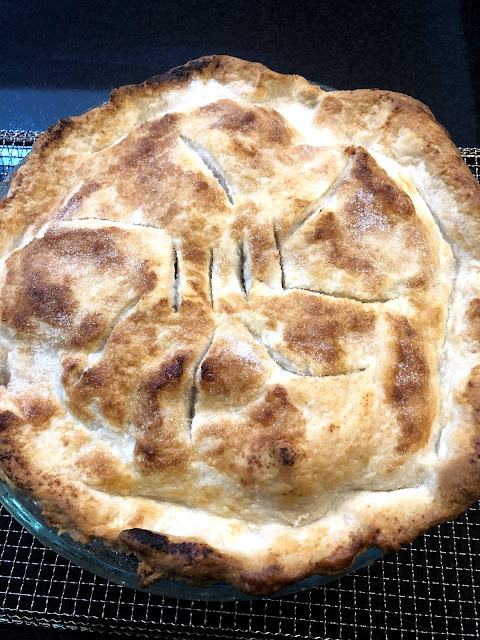 Watching some Paw Patrol on the iPad while the adults watched curling on the TV. 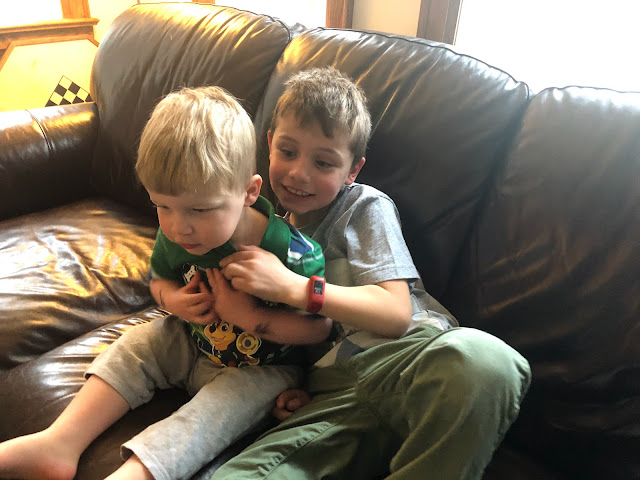 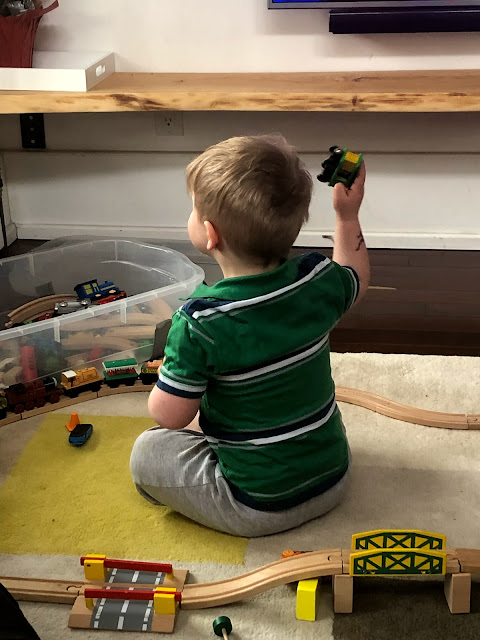 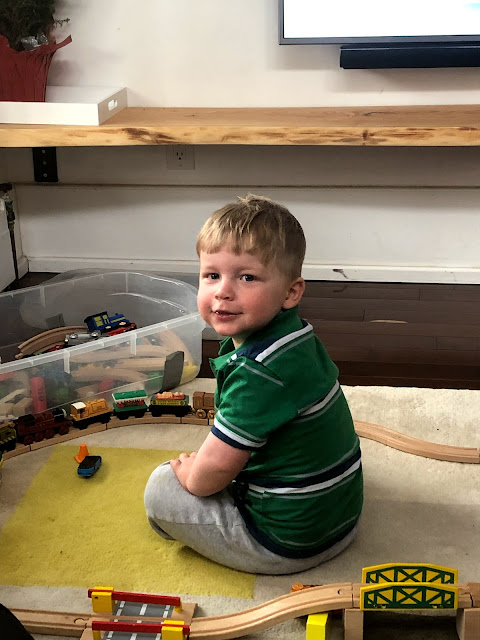 I went out to get some beer and wine at the LCBO, and then made supper.  While I cleaned up, this gang played a game of Catan Jr.  If you know me and my indifference (dislike) for board games, you know I was happy to do the tidying up. 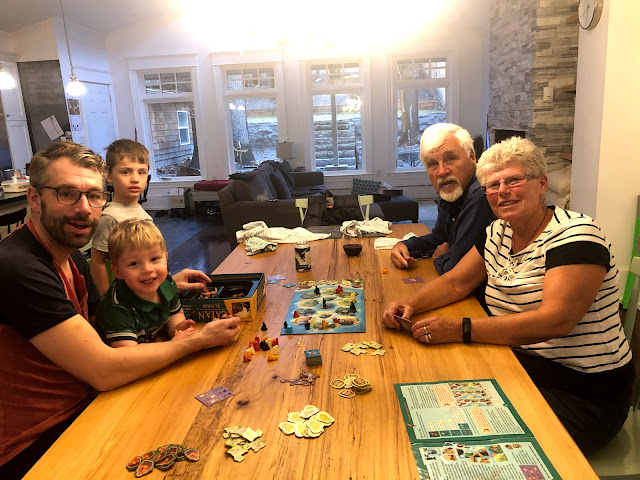 After the kids went to bed, we watched Green Book.  Dave's parents hadn't seen it yet, and we didn't mind watching it again.

Q was up before 7:00 on Sunday morning,  but still was resting while we watched Paw Patrol. (Check out the snow in the background that arrived overnight). 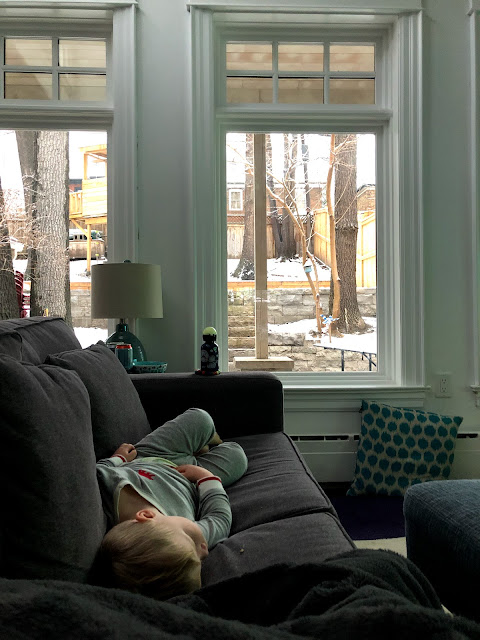 We went to church. I did some reading with E and then watched some baseball and curling.  Dave cleaned out both cars, nothing better than a fresh clean car in the spring (pay no attention to that snow!).

E helped to fold his laundry, after some coaxing from me, but continued to play on the iPad in between folds.  He got it all done though, so I didn't complain. 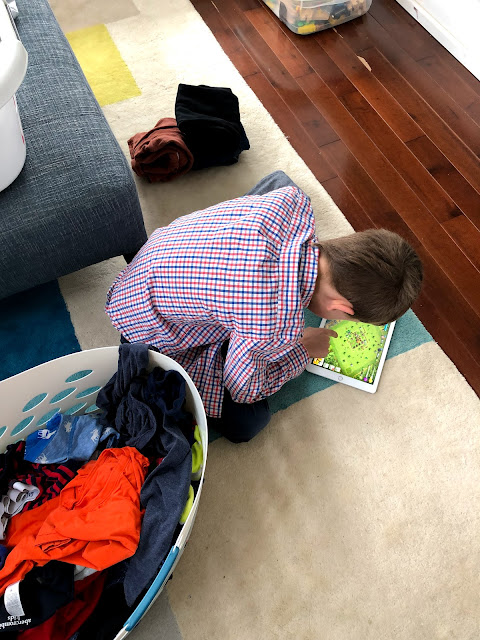 When Q woke up we went to the grocery store and then came home for supper.  Bath night for the kids, yoga for me, and some SNL before bed for Dave and me.