Three things happening with each of us at the moment: 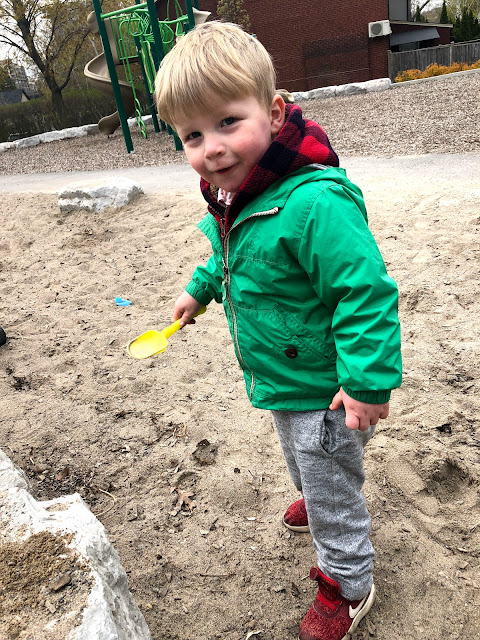 1.  I get a kick out of things that Q says that are pronounced wrong, but instead of correcting him, i call those things by the wrong name too sometimes.  I remember E doing the same thing and now he pronounces most things correctly so I don't think we are doing any long term damage.  Two current examples - Blue Jays are the "Jew Jays", and pizza is "zee-pa".

2. We have underwear and pull-ups for Q but he isn't too keen on wearing either one of them.  E was a pretty easy going kid (and still is) so when we introduced underwear to him, he was like "sure, cool, if this is what we are doing now".  But Q is much more opinionated and forceful.  He has sat on the potty a few times at home (although nothing happened), and the teachers at his daycare said he was getting really upset about it there, but "if you could just talk to him about it...".  Right, we hadn't thought of talking to him about it (sarcasm).  He will figure it out in time though.

3.  He did finally get rid of his soother (or "Soo" as we called it).  We were down to the last one and he had chewed it and the plastic was all ripped apart.  I convinced him to throw it out because it was broken, so he put it in the garbage can himself.  He mentioned it for a couple of weeks, when I'd be putting him to bed, he would say "no soo, in the garbage, broken", kind of sad but understanding.  But he hasn't mentioned it in a couple of days so maybe he's over it. 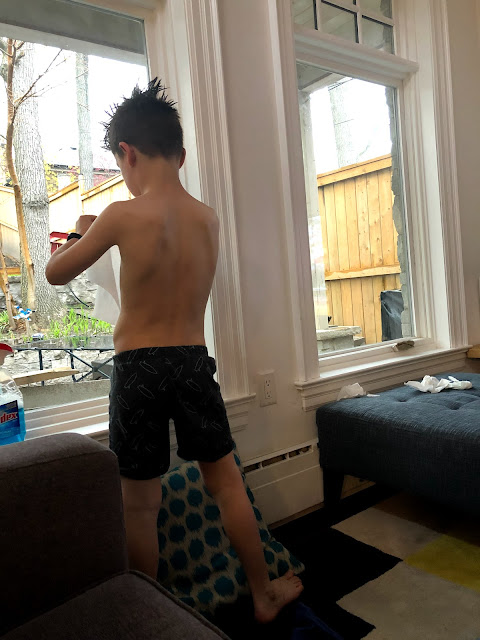 1.  I wrote a few weeks ago about not knowing how to get E involved with doing chores, but we are trying something new, it's been one full week.  Not 100% success rate but we're getting started.  He has three things he has to do every day (make his bed, empty his lunch containers from his backpack and help to pack his lunch, and put his dishes in the dishwasher from breakfast and supper). And then he has five things he has to do once a week, at any point in the week (clean mirrors and windows, wipe down dining room chairs, clean out garbage and toys from the car, fold and put away his laundry, and tidy his room).  We have not talked about any rewards but we'll see how he's doing after another week.  (The photo above is him cleaning the windows using no less than 1 million paper towels, we need to work on his technique.)

2. The other night we played some frisbee and it was actually fun to play with him.  I know that sounds terrible but I just mean that he has the skill level to catch and throw it consistently and the attention span to play for a little while.  Another perk of kids getting older.

3.  He starts soccer tonight and he's got some new soccer cleats (and baseball cleats too).  He knows a couple of people on his team so it should be a great season. 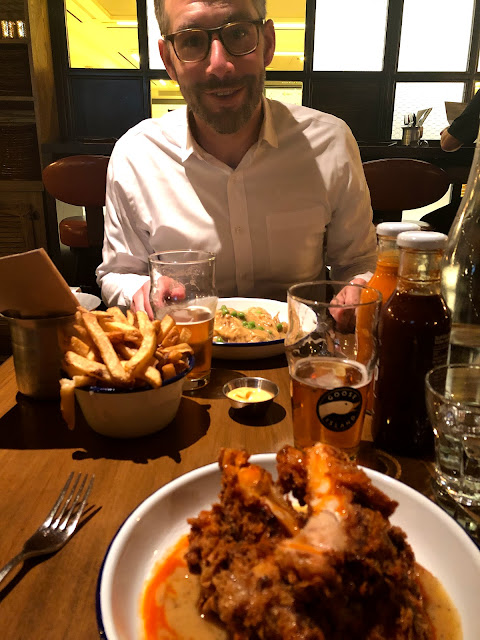 1. Dave planned and organized our front walkway/step renovation.  We had some concrete guys in last week to rip out the old stuff and pour exposed aggregate concrete.  It looks really good.  Dave had the idea to reroute the drain pipe so it no longer pours down the middle of the driveway. The guys buried the pipe halfway down and then Dave finished it off.

2. And another project he tackled this weekend was fixing the leak in the shed.  He dug down outside and had to remove some of the stonewall, then mixed up some concrete to patch up the side, and then had to rebuild the wall.  He did a great job.  We'll see if it works, old leaky foundations are tricky.  He has some patches for the inside of the wall too so he will also do that.

3.  Golf season has begun.  Dave golfed when he was in Florida a couple of weeks ago, and his annual East Coast golf trip is coming up.  He's hoping to get a few rounds in here before then. 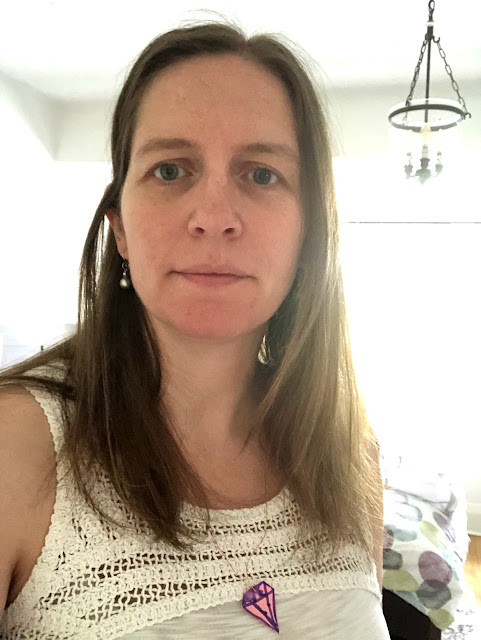 1. I love reading on the subway but I was missing my podcasts so I have borrowed Dave's wireless Bose headset and got a few podcasts lined up to listen to this week.

2.  My birthday is coming up in June and I was checking out Saje for some gift ideas for myself.  I am not sure if I can embrace the whole natural oils in the diffuser lifestyle.  I like them, but it seems like a lot.  Plus when we added an oil to our humidifier this winter, I found it mildewed the inside a lot quicker than just using water, and it was hard to clean out.  I don't know if the same would be true for a diffuser.