I read four books this month, including one more from my reading list.


I picked up The Sound of Gravel by Ruth Wariner because of Shay. I had read three of her four favourite books from 2018 already so I figured I should pick up the last one. 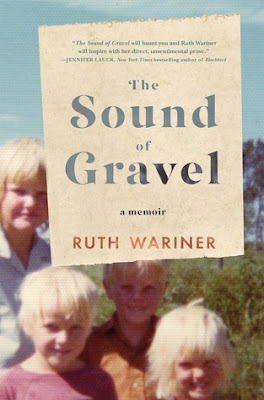 This one very much reminded me of Educated that I read earlier this year.  This was also a story of a girl who grew up with a very difficult childhood, also a Mormon, and who was somehow able to climb out of her unfortunate circumstances and thrive as an adult.  I do like reading these books because I am exposed to people that I would never know existed but for reading the book, but they also make me so upset, particularly as a parent because it is hard to comprehend that people would treat their children this way.  The decisions made by the author's mother just made me shake my head, but at the same time she was coming from such a desperate place, she didn't know any other way that you had to feel sympathy for her at the same time.  It will break your heart in some places so be warned.


The next book was from my reading list - Washington Black by Esi Edugyan (Canadian!). 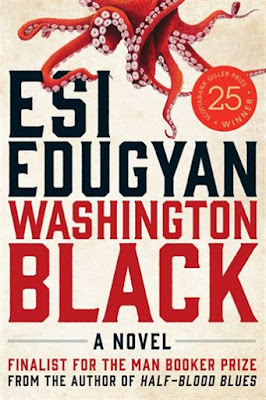 Esi wrote another book I enjoyed, Half-Blood Blues, so I was keen to pick this one up when I saw she had released a new book.  The story follows a slave in Barbados and his journey from there to Canada (including a brief stint in Shelburne!), Europe, and Morocco. The writing is very good as I knew it would be, and it kept me turning the pages. The story did seem a little farfetched, so much that I had to check to see if it was a true story because that would be the only way it made sense!  What I mean by that is how in the world did the author take this story and weave it through all of these various locations with some weird coincidences so that it made sense?  It sort of didn't make sense in the end, but the writing was good so I'll let it go.  I was more intrigued by the plantation part of the story and I wish we could have spent more time there, but I assume the purpose of the book is not to just be another slave narrative, but to show depth to this character as more than a slave.

I ran into the library to drop off a book and quickly picked two more books from the Best Bets shelf.  They are popular ones that many people have read.   The first one was The Woman in Cabin 10 by Ruth Ware. 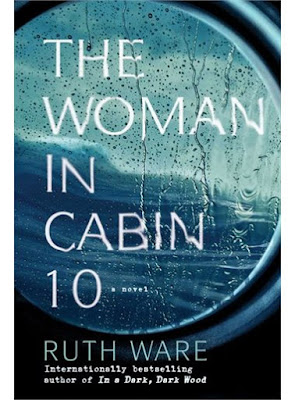 This was a quick read that was a nice break from the two previous books that had some heavier topics.  I mean, it is a murder mystery, and what's heavier than murder, but you know what I mean.  It was a beachy type read for me and I liked it.  The story takes place on a small boutique cruise ship on its maiden voyage hosting travel writers, and photographers, and some investors.  I was annoyed with the main character because I just wanted her to enjoy the cruise and stop worrying about the possibility of someone being killed! I know that's not very kind of me, I'm sure I wouldn't ignore a dead woman just so I could enjoy the spa treatment.

And the last one is also a popular one - Nine Perfect Strangers by Liane Moriarty. 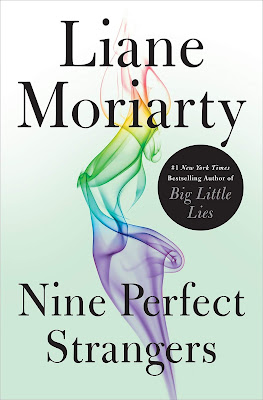 I love her books but had heard mixed reviews on this one.  I did love it however, and wanted it to go on.  There are nine people attending a wellness retreat in Australia (the author is Australian so clearly her books are based there) and the story jumps around to each character, and the owner and staff of the retreat.  You gradually learn everyone's story over time and see how they interact with each other.  There was a part though that was so so sad.  I was reading on the subway and I actually let out a little sob and then had to put the book down while I blinked back tears.  It is one of my worst fears as a parent and was so heartbreaking to read.  I could see how some people thought the story goes off the rails midway through, but I really enjoyed it all.

A quick note about one of the books I read last year Little Fires Everywhere, they are making this into a mini-series and it will star some of my favourite people - Reese Witherspoon, Kerry Washington, and Pacey!! (Joshua Jackson); I'm so excited to see this story be brought to life.

And one of my favourite Canadian film makers, Sarah Polley, is going to make another book I read last year, The Best Kind of People into a movie.  Can't wait to see it too!