We made some yummy pizzas on Friday for our supper, and then we went outside to play in the yard.
Q still working on his pizza crust. 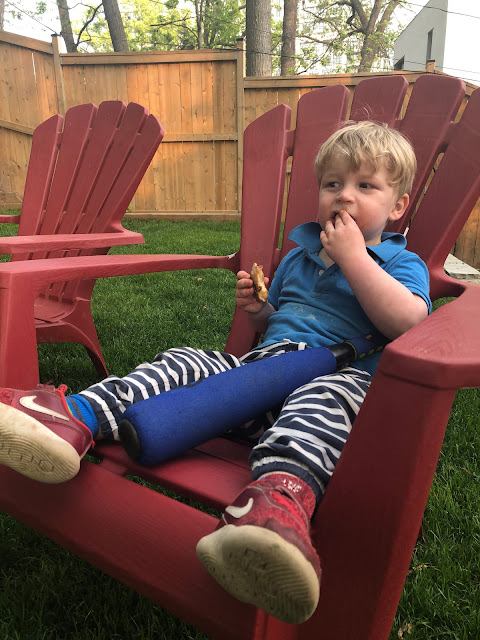 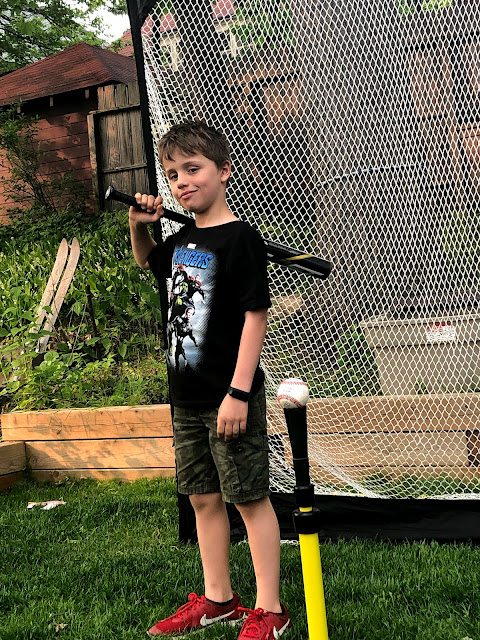 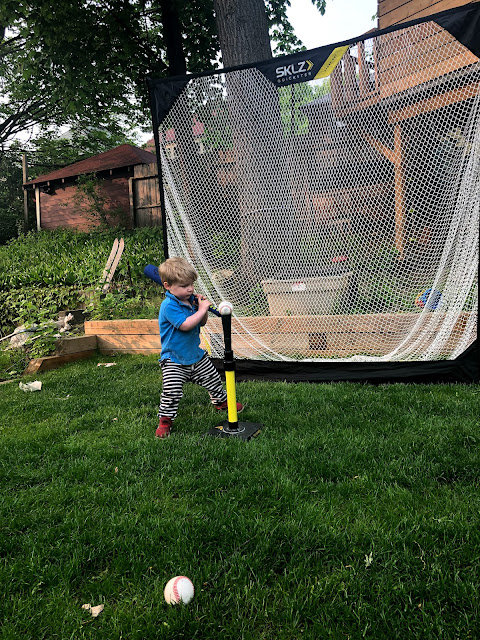 Then we went inside, got cleaned up, put Q to bed, and the rest of us watched the third Harry Potter movie (The Prisoner of Azkaban).  I was tired but I made it through the movie and then went to bed, before E and Dave even, as they watched a few of the special features from the movie.

I thought about setting my alarm to get up for my barre class, but I decided to go for sleep instead.  I think it was a wise decision.  We went to pick up the car, then Dave and E went to Home Depot and Q and I went to the grocery store.  Q had a rough emotional morning, but he was finally all smiles when we got to the store and liked helping me carry the bins. 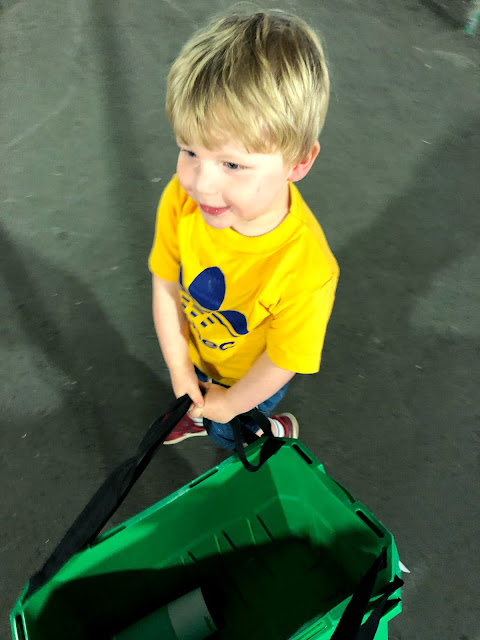 I took him to the playground when we got back and then we had leftover pizza for lunch.  Dave worked on the screen door he is installing at the back, and I prepped our supper for that night.  Around 1:30 it was time to head to E's t-ball game at High Park.

Playing in the dirt with another little brother. 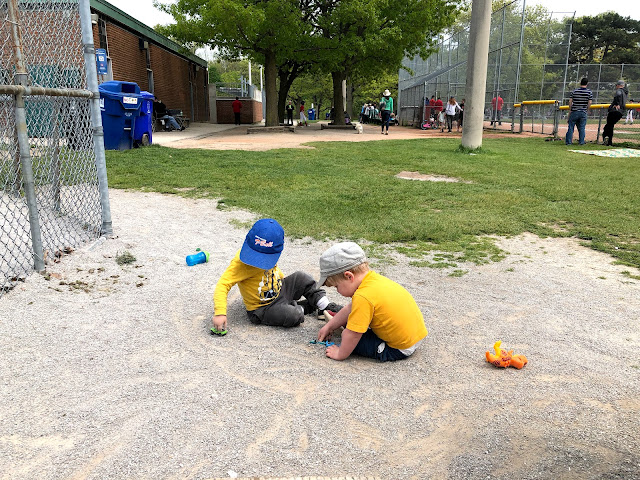 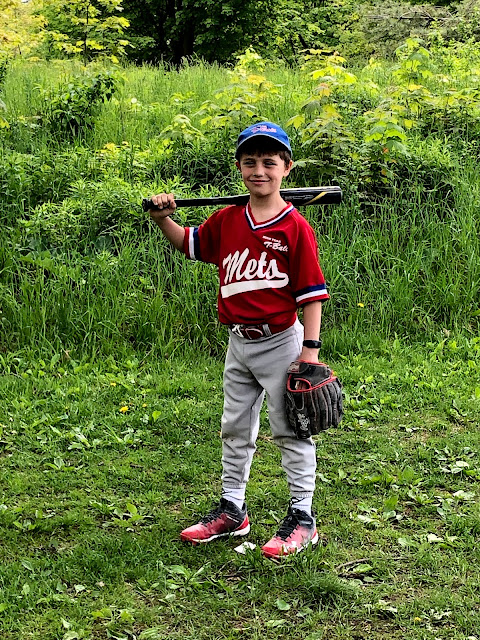 We waited in the car while E got his photos taken. 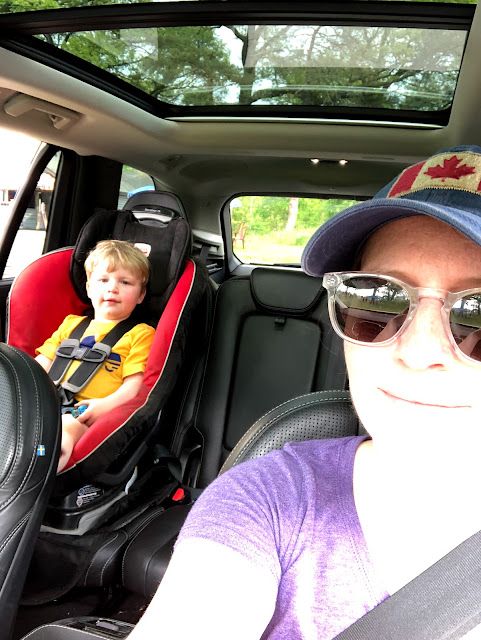 After supper and more playing outside, it was upstairs for bath.  E tried to help Q get his diaper on, he was not successful but mostly because Q was being a squirmy worm.  Thanks for the effort though! 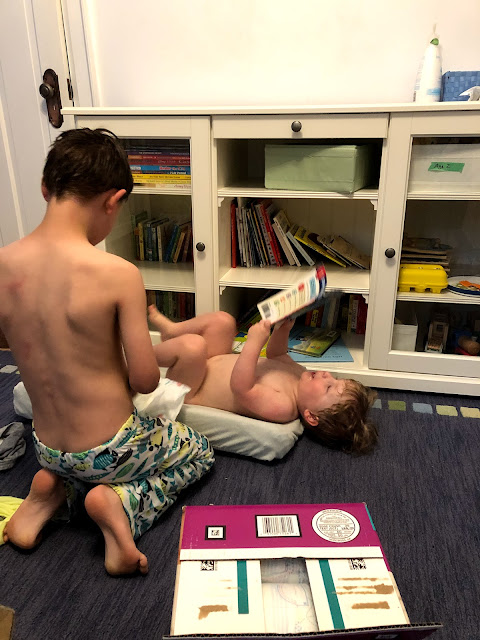 Then downstairs in matching PJs to watch a cooking show.  After Q went to bed, we watched Ant Man and the Wasp with E, and then some new Netflix shows after that.  I wrote about those yesterday 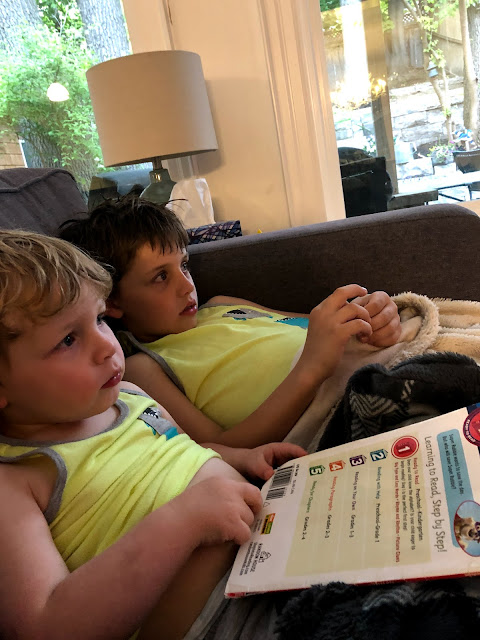 Our plan for Sunday morning had been to get up and go for a family run - with Q in the stroller and E on his bike.  But of all days, E slept in and we didn't want to wake him up. So just Q and I went.  It wasn't an easy run but I was glad we went.  I do like being out early.  The birds were chirping, and we saw many families of Canada Geese. 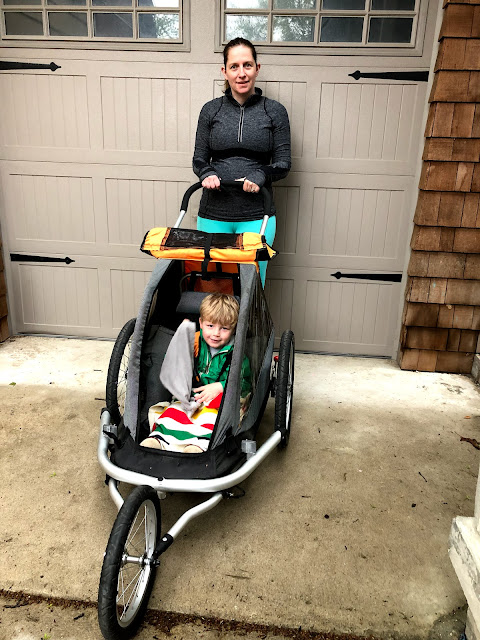 And then it started pouring!! But it was refreshing and Q stayed dry. 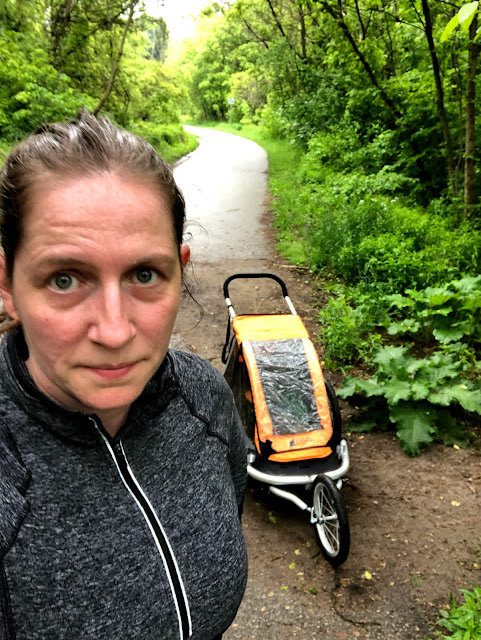 When we got back, I took the boys to church.  Dave and our neighbour used an auger to dig holes for our new fence.  The boys were checking out the work when we got back. 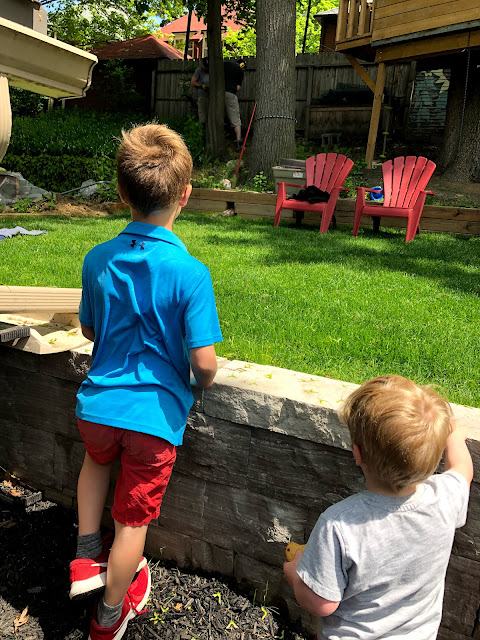 Unfortunately Dave hurt his back using the machine, so it meant I was up for swimming and t-ball!  We had 15 minutes between these two events, but we made it to t-ball just in time. I had to drop E off while I found a place to park but it worked out fine. 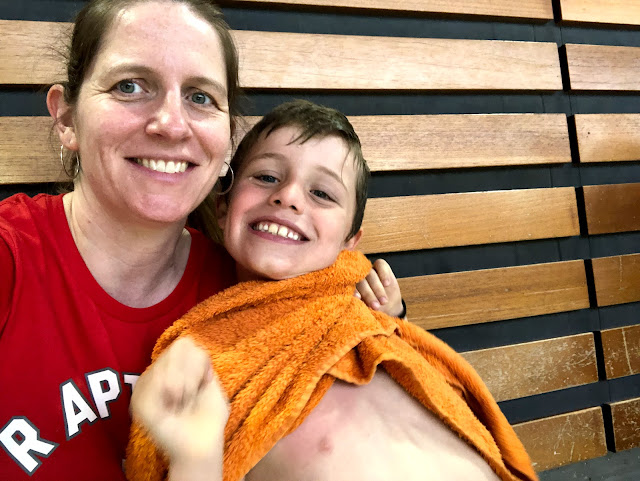 I got some french fries and enjoyed the sunshine and the ball game. 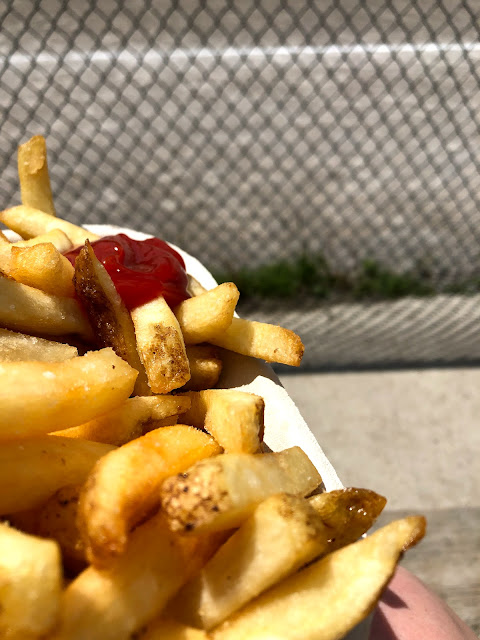 Q and Dave did well at home, Q had a nice nap and they managed to get to the hardware store to get some paint (and a coffee and cookie at the shop across the street of course).  We rested up for the Raptors game and tidied up the house.  The game was a tough one, I'm sure we will see a better performance in Game 3!