I had another post planned for today but I ran out of time this weekend but instead of doing nothing, I wanted to tell you about two new things we watched on Netflix this weekend.


When They See Us 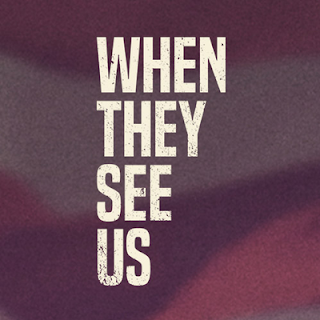 This is a mini-series about the Central Park Five (the teenage black (actually I think one is Hispanic) boys who were arrested for the rape of a jogger in Central Park in 1989, spoiler alert, they were later exonerated but not until they served some time in prison).  We only watched the first episode so far and let me tell you, it was tough to watch!  It's all just going so wrong and it's so heartbreaking.  There were times I had to just look at my phone because I didn't like what was happening.

I have much more to say on this topic, like the fact that my sons will never be treated like that, simply because they are white.  I felt watching this that if I had black sons I would tell them to stay home, which I know is crazy because you can't stay home just because you might get arrested for doing nothing, but it's such a real fear, I wouldn't really know how I would feel and how I could protect them.

When we watch the whole thing and I can process it a bit more, I'll check back in.

Always Be My Maybe 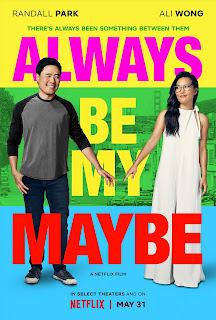 On a completely different note, we then watched the movie Always Be My Maybe.  This is a little rom com but what was different was that it starred two Asian leads, and there were hardly any white people in it.  For someone like me, I'm like "that's cool, but whatever", but for people in those minority groups, I think it's a big deal.  I am used to being amply represented in movies but for others who are used to being the best friend or the cliché, it is an important movie.

Aside from that, it's just a cute funny movie with a great celebrity cameo, if you google anything about this movie, you'll find out who it is, but I don't want to spoil it, just trust me, it's worth it.  Also the male lead is in a band and he raps, I loved it, I've already added some songs to my summer playlist.  Dave didn't appreciate the rapping as much as me, I think he thought i was joking that I loved it that much.

I don't who wouldn't like this movie, check it out!