I only read two and a half books this month.  One reason for this is I listened to some podcasts for a week, and another week I was away for work so I didn't have my subway reading time like I usually do.

The first book was Transcription by Kate Atkinson.  This one was a gift from my in-laws for Christmas, and I have seen it on the "Best Bets" shelf at the library. 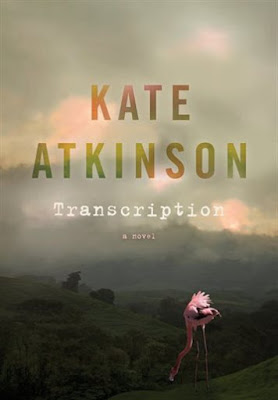 I liked this book and thought it was well written.  It tells the story of a woman who was part of MI5 operations in London during the Second World War.  It goes back and forth between those days and "current day" (1950s) when she works for the BBC and is revisited by some of the people from her past.  The story flowed well and kept me engaged.  My only complaint if you can call it that was that earlier this year I read The Alice Network which is also about a British female spy that goes back and forth between spying days and "current day".  I kept comparing the two books while I was reading them, which isn't really fair, but it could not be helped, the stories were so similar.  There is a twist at the end that I did not see coming.  I don't mind twists but I usually prefer when there were clues along the way that the reader could have picked up if they were clever enough, and I don't think there were any clues like that here.  I think some hints would have been better than just introducing this twist at the end when it seemed rushed.

So conclusion is that it is a fine book, but too similar to The Alice Network for me to truly appreciate it.

The second book was the final book on my 2019 Reading List, The Home for Unwanted Girls, but Joanna Goodman. 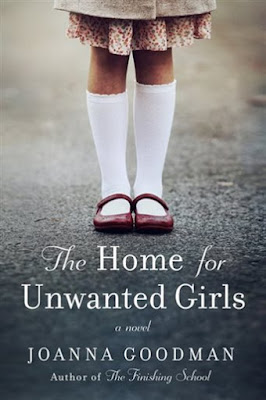 This one checks two of the three things I typically like about a book, it's heartbreaking and Canadian (the third is about war).  This book follows the story of children given up for adoption in the Province of Quebec.  It's a story we all think we know, a province with a particularly strong Catholic influence where having a baby out of wedlock was one of the worst things that could happen so young girls (and boys where they were told) were forced to give up their babies, sometimes without even holding them, to orphanages run by the nuns.  Some nuns were kind of course, but they also ran a tight ship and many of the children were mistreated, or were simply without any love and affection.  This story spans many years which I liked because you could get the full complicated story.  Again, this one reminded me of another book I read earlier this year,  Necessary Lies.  But they were different enough that I wasn't bogged down by comparisons, just reminded that these injustices were carried out everywhere. Again, I had to keep the tears back while reading on the subway, as it was just so sad that it seemed like no hope for these girls, both moms and babies. The author also did a good job of showing us the motivations and regrets behind the parents of the young mothers who likely did what they did because they didn't know of any other options.

A book that should be read to better understand our history.

The third book, that I am halfway through, but will count it here because I'll finish it in June, is The Girl in the Glass Tower, by Elizabeth Fremantle. 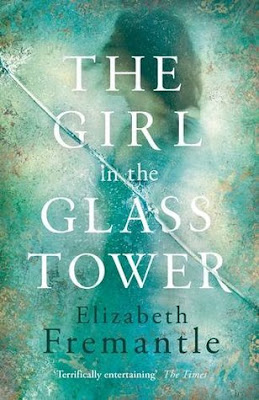 I picked it up at the library, just by browsing around.  I needed a book that wasn't about adoption, World War 2, or a young Morman girl (I think 80% of the books I read this year had one of those themes).  This one fit the bill.  It is historical fiction taking place during Elizabeth I's reign.  I enjoy these types of books where there everyone is trying to get improve their position, stabbing people in the back (sometimes literally), and also just waiting around for people to die.  I know a bit about this period of history but not that much.  So far it is interesting.