On Friday E and Mom went to the library and then out for lunch. 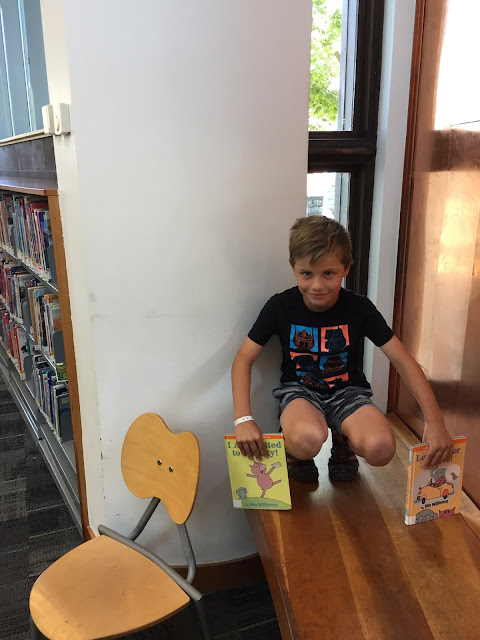 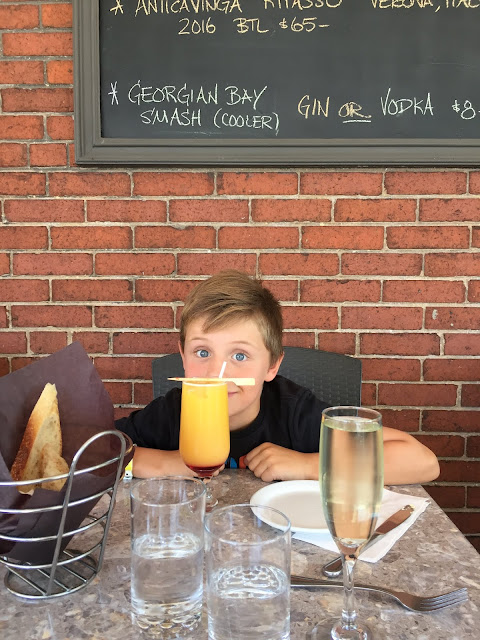 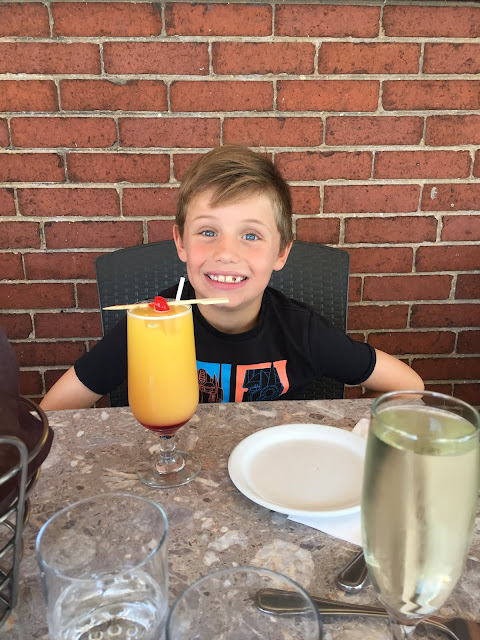 We ordered some Indian food for supper and then Dave and I went out to meet his cousins for a drink. 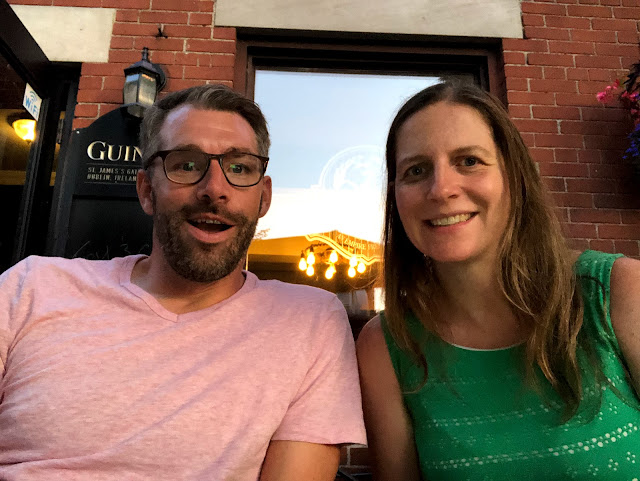 It was a beautiful day on Saturday again.  Mom and I went up the street to do some errands and Dave took the boys for a bike ride to the park.  In the afternoon we got the pool out and got ready for our dinner guests. 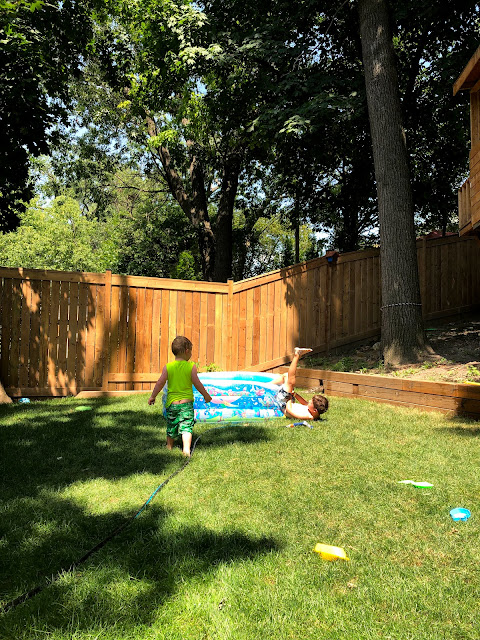 Snacking on some guacamole and chips. 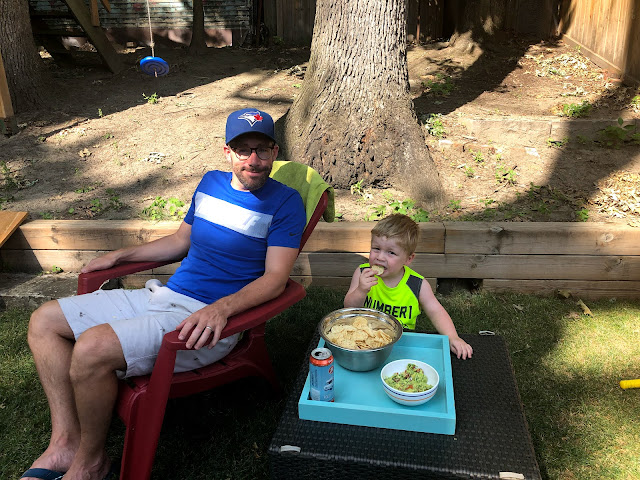 Our friend Cindy and her nieces were visiting from PEI, so they came for supper, along with our other friend Kate.  We had a great night. 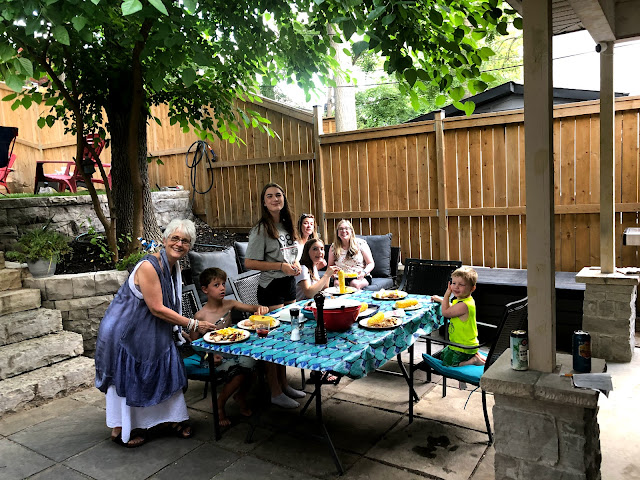 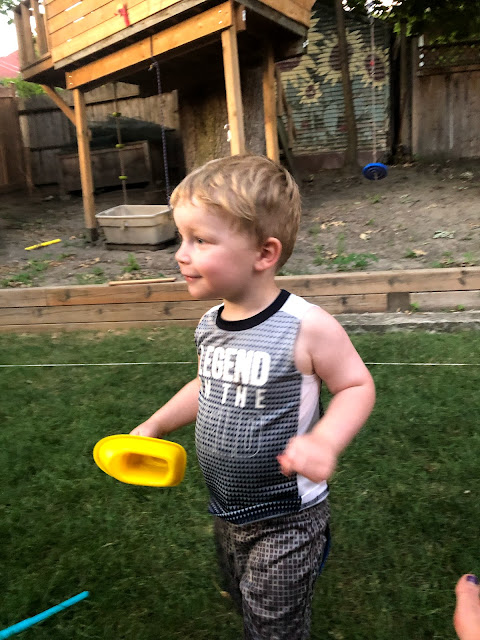 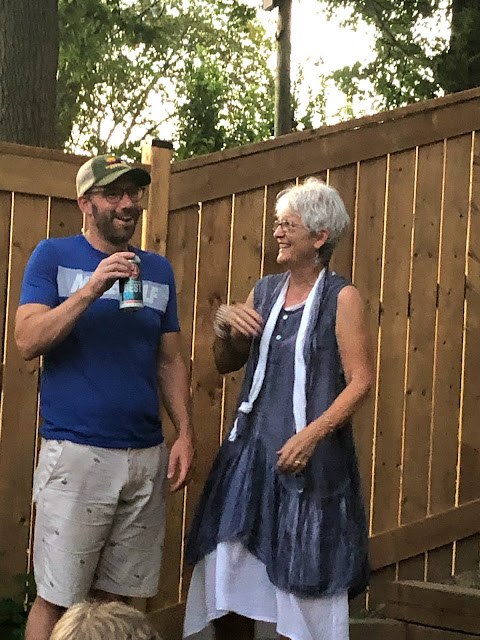 On Sunday morning I took Mom to the airport bright and early.  We had an easy morning and then headed to High Park.  Our plan was to have a swim at the pool.  First we had our lunch. 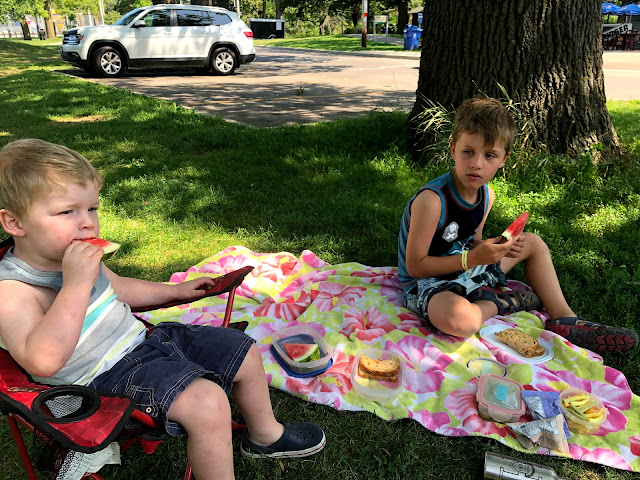 The High Park pool was supposed to open at noon but the lifeguard came out to say they were having mechanical issues and they might be opening at 12:30.  We did hang around until 12:30 but they were not sure when it would open, and by this time Q was getting cranky so we just went home instead.  After Q woke up we went to the Lambton pool instead.  It was way better. 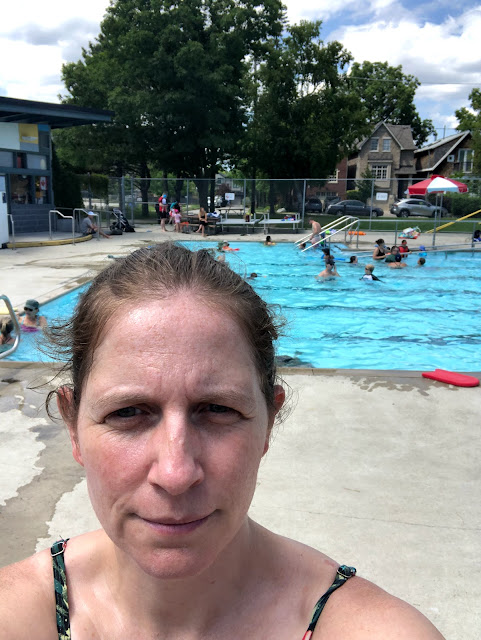 Snuggled up after swimming. 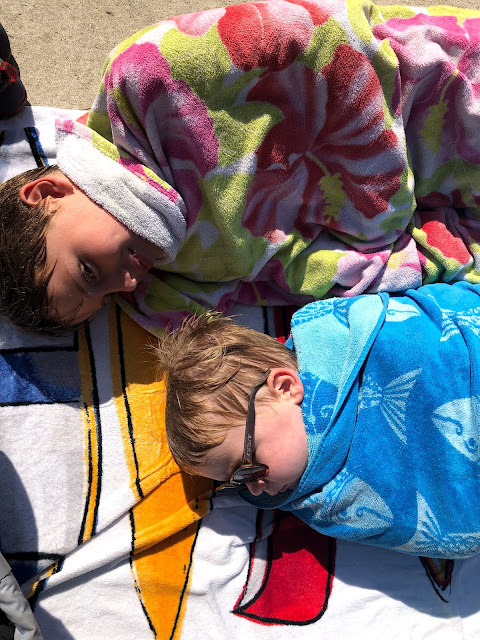 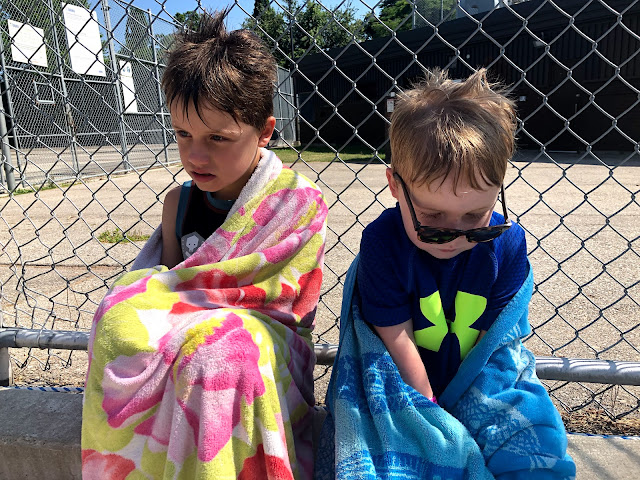 After we got home we went over to our neighbours for a BBQ.  The kids were having a great time on the trampoline. 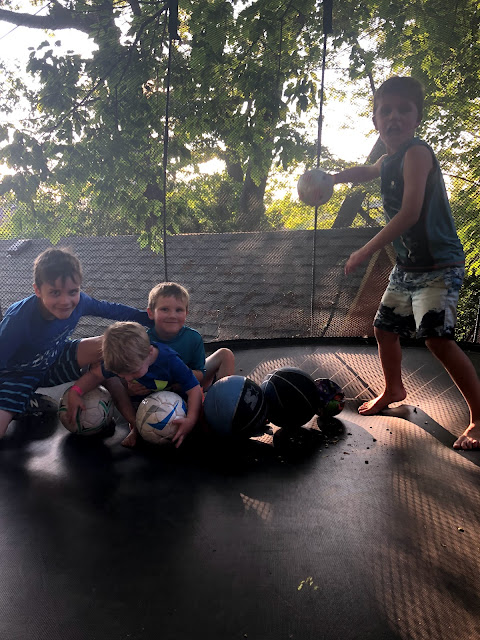 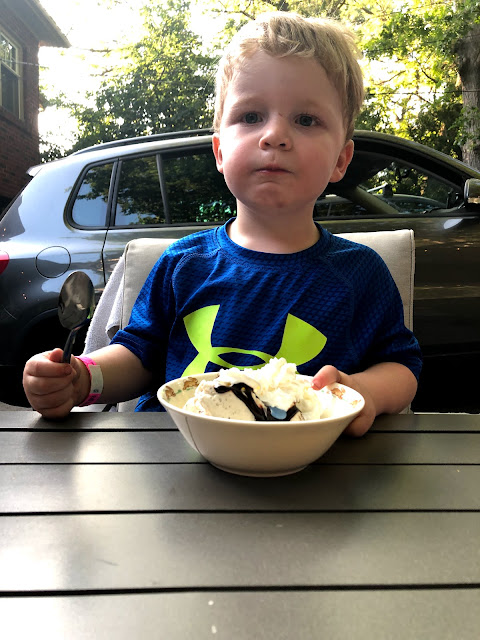 After we ate we went across the street and sort of crashed the 50th anniversary party our other neighbours were throwing for their parents.  They had a bouncy castle in the front yard so the kids had to try that out, and they had leftover beer so they insisted the adults stay too!  It was a later night than planned but so fun.

I threw together a huevos rancheros for breakfast on Monday morning. 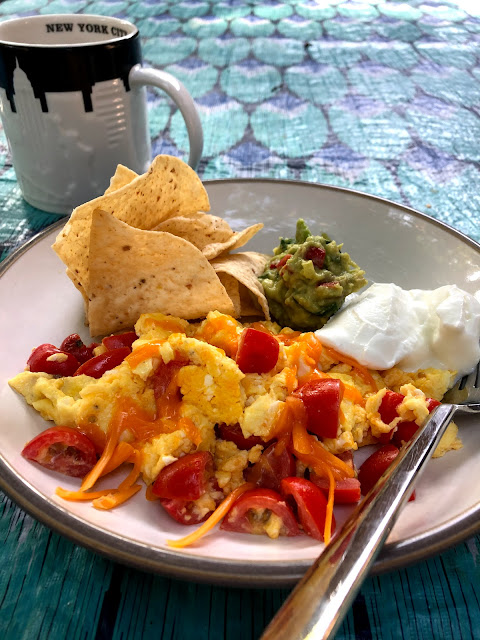 We had a lazy morning (although I did walk to get bread and produce), and watched a couple of movies.  We biked down to the lake and visited the playground and splash pad at Amos Waites Park.  It was hot! 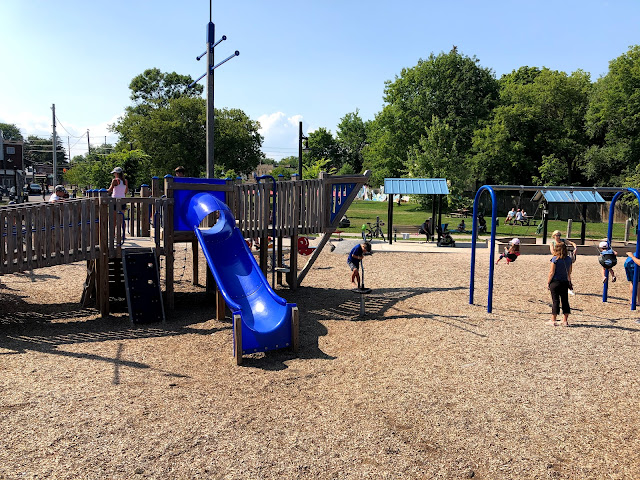 After supper the boys had a bath and then made popcorn and watched Detective Pikachu. 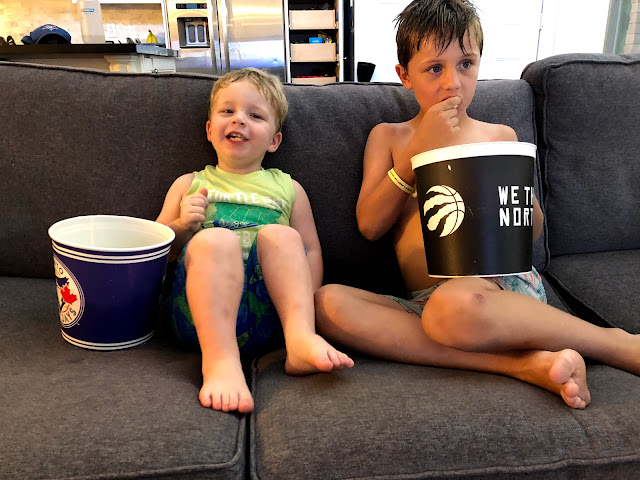 I decided to go for a run instead of going to pilates.  We concluded our evening with some TV and snacks.