I have a bit of an Obama-centric post today, which is fitting given that the US election is in the horizon and we are all missing Barack and Michelle (aren't we?).  By the way, I refer to them by their first names here even though I know the proper address is President and Mrs. Obama.

Anyway, the first book is American Spy by Lauren Wilkinson. 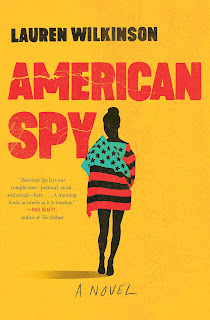 I added this to my reading list after seeing it was on Barack's reading list.  I could tell by reading it why he found it particularly interesting.  It mostly takes place in the 1980s when America was involved in removing the newly elected president of Burkino Faso.  The main character works for the FBI and then is brought in to do some spying and maybe more.  There were a lot of political and also governmental aspects to the work she did and the involvement with Burkino Faso.  I'm sure Barack would have been well aware of what happened in Africa and other countries where the US (and other countries) inserted themselves into the mix to cause certain outcomes.  It has happened for many years and is still going on.  Being President, Barack would have known even more than what has been made public.
Anyway, back to the book itself.  It was a little slow to start (even though it starts with a nighttime intruder in the main character's house) but then I got into it.  There was a bit of jumping around between different time periods so that helped to keep me reading.  I don't like spoiling anything, so I will just say I do not know Burkino Faso history so all of those parts of the plot were a surprise as I was not sure if the story was true or just based on other African countries where this type of thing has happened.  One of my favourites books is The Poisonwood Bible that takes place in the Congo in the 1960s so I knew of that situation but not much else.
I always like to pick up books that feature different parts of the world, and since I hadn't read something about Africa for awhile, I found it very interesting, and I would recommend it if you're also looking for something different.

And the second book was also probably a Barack favourite - Becoming by Michelle Obama. 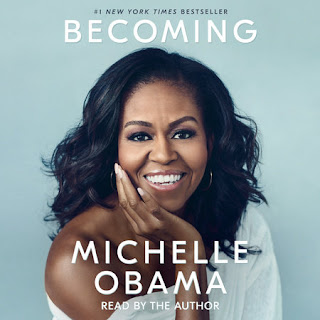 This was such a great book to read.  I already love Michelle, but didn't really know too much about her other than she was from the South Side of Chicago and she attended Ivy League schools.  I loved getting to know about her family and upbringing.  She also wrote about what motivates her, how she made the various decisions she made, which led her to the life she has led.  I felt like I knew her personally.  The book is her story, but of course has many things to say about Barack and their time in the White House. I always love behind the scenes type stories so this was perfect to hear about what was going on during those big events that we all saw from the outside.
But man! When you see what she and Barack have done, the people they grew into, and the work that went into that, it is exhausting and you feel a wee bit inadequate.  But it also was so inspiring to know that all of his talent did not go to waste.  He ran for President and used all of his qualities to win and then win again.  When Hillary Clinton lost in 2016, besides the obvious fact I was not happy about who did win, I was mostly disappointed that all of her experience, talent, and wisdom would not get to be applied in the Office of the President.  That was not the case with Barack, and I feel so happy that he got to realize that achievement. And that doesn't even speak about what it means to so many people to have had a Black man in office and to show people what is possible.  I know Michelle says she will never run for President, she makes it very clear that politics is not here thing, but wouldn't it be great if she did?
So anyway, this is a typical autobiography so if you like that, and you like Michelle, read it.  And you can also watch the accompanying special on Netflix, which I will have to watch again now that I've read the book.