Friday was a great day because we took the boys to get their first vaccine shot!  It was pretty easy and the kids were great, no complaining. 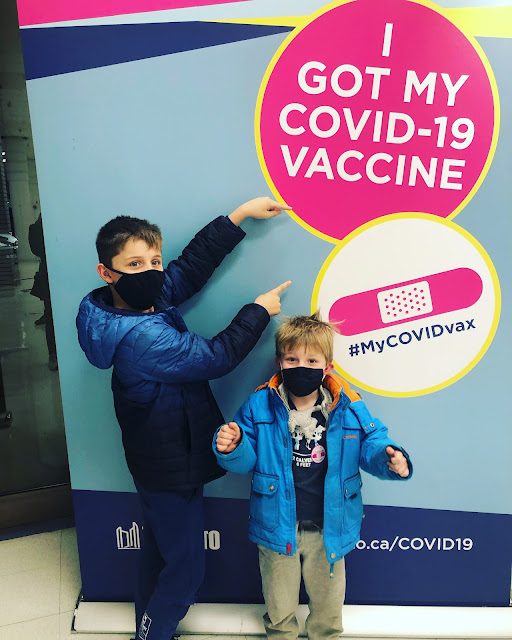 We ordered Queen Margherita Pizza on the way home via UberEats but it took forever to arrive!  We watched a couple of episodes of the Mandalorian while we waited. 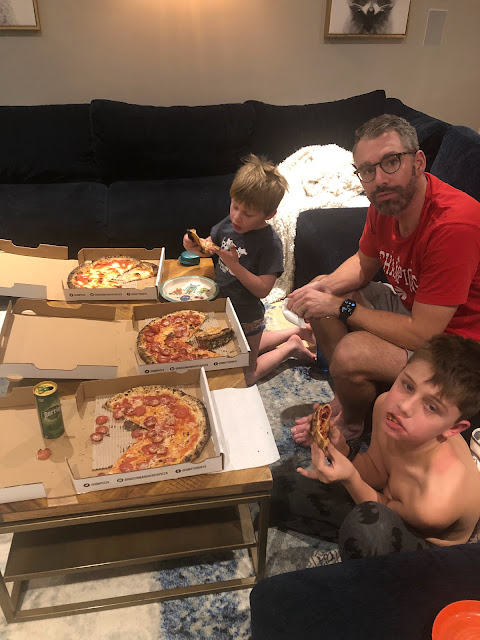 This is one I always get, I love the salty olives. 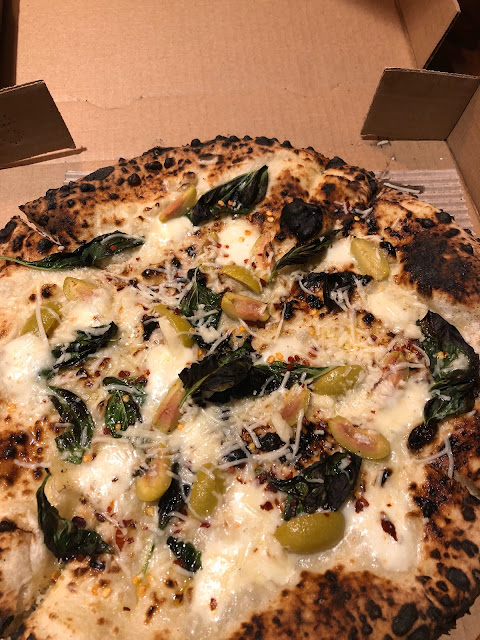 I got out the wrapping paper so I could start wrapping some gifts.  Meanwhile Dave and Q went to the store to pick up some more lights. 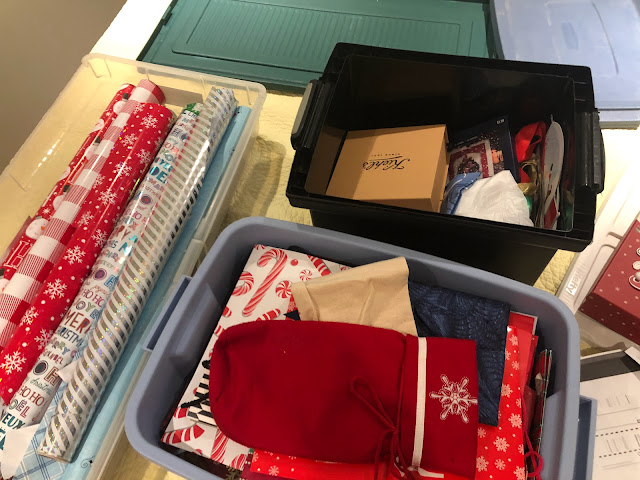 I took Q to gymnastics and while he was there I did a little shopping on Roncesvalles. 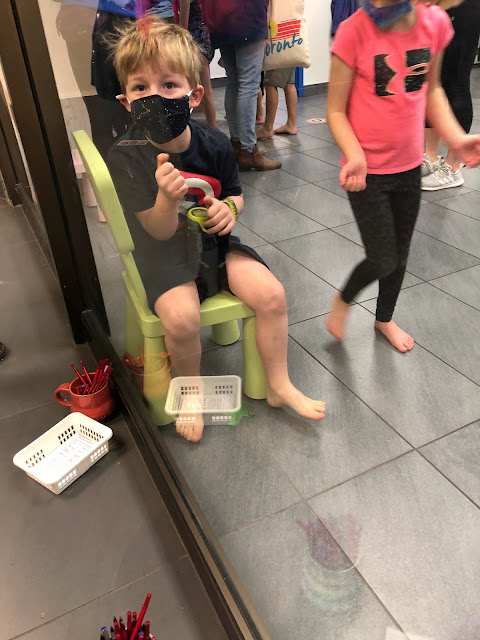 Q got a little blow up Grinch for his room so he was pretty excited. 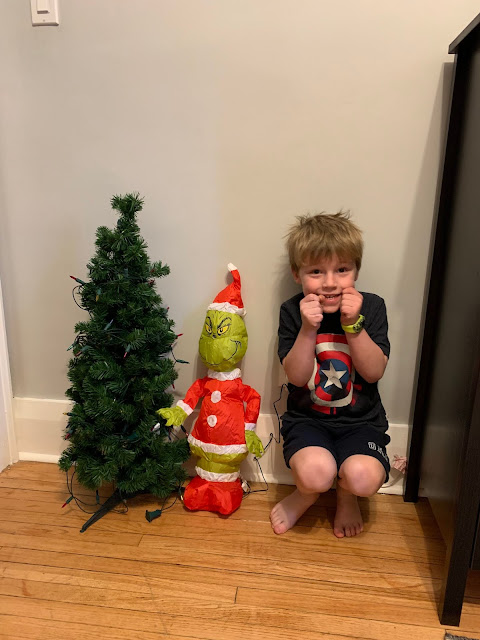 Then he helped me put the advent Christmas books in the various pouches. 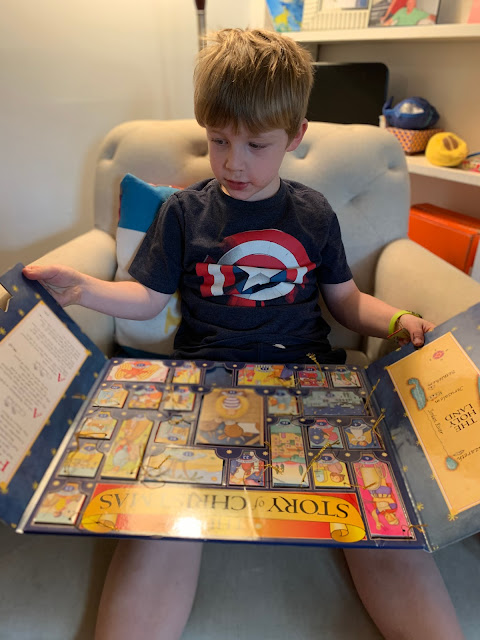 I raked the rest of the leaves and then went to Costco.   It was no more crazy than usual, but I needed to get some things I chanced it.  E went to a birthday party and the rest of us had ravioli for supper and watched some TV.   After Q went to bed we watched Richard Jewell about the Atlanta Olympics bombing.  It's on Netflix and it's very good.
On Sunday morning we woke up to snow! And it snowed all days.  We went to visit our friends - they are renovating their house and they have a new baby so we got to see both! 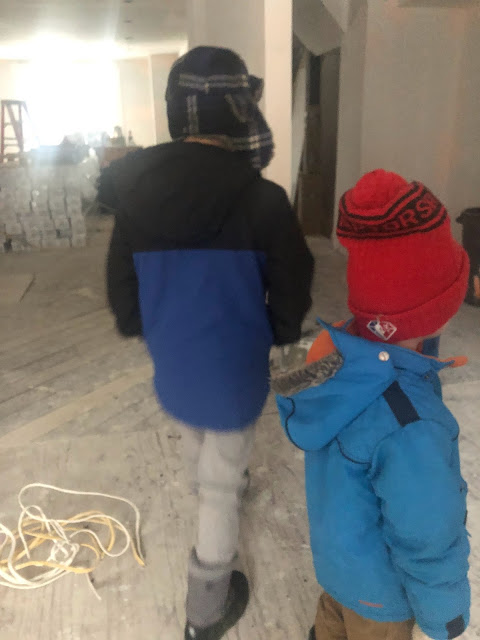 They also have a dog so the boys were happy to play with him. 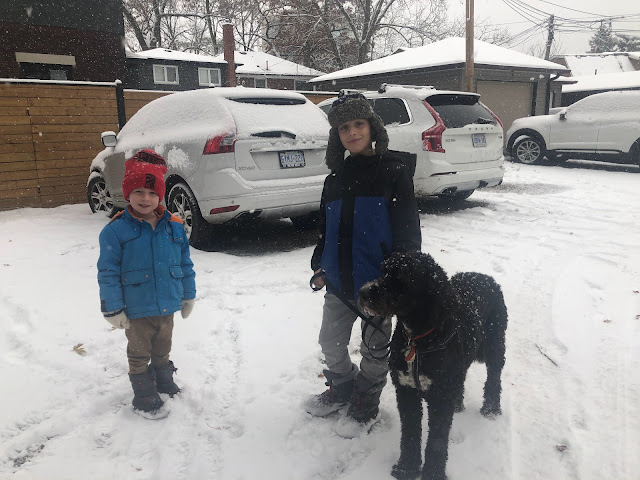 We got home in time for the boys to join in on the Sunday School zoom class and they learned about Hope and made a craft. 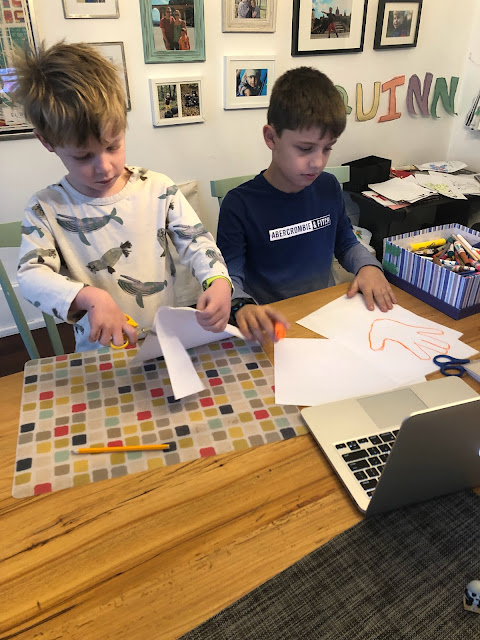 Then we all watched the service.  We had communion so I set out a slice of bread and some juice for E and me. 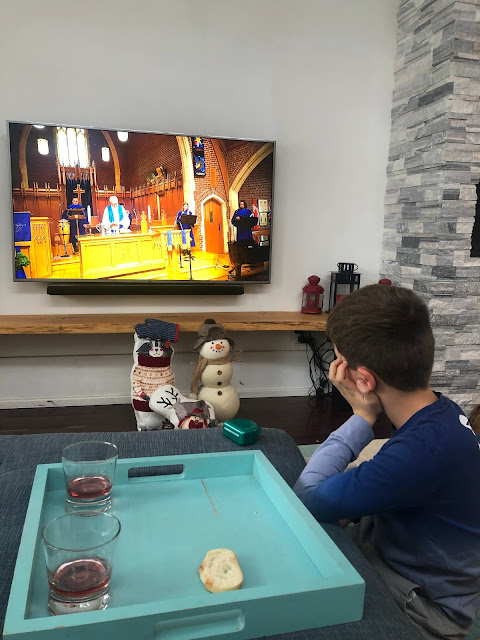 Our neighbours were out playing in the snow so we joined them for a snowman... 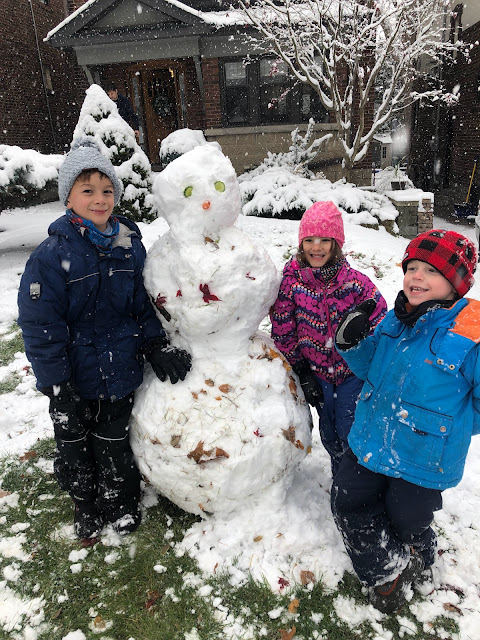 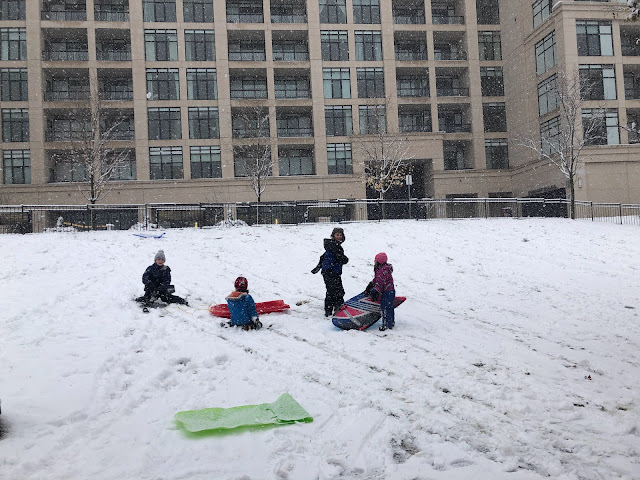 Later in the afternoon we took the subway downtown.  The kids are playing some "instruments" at the station. 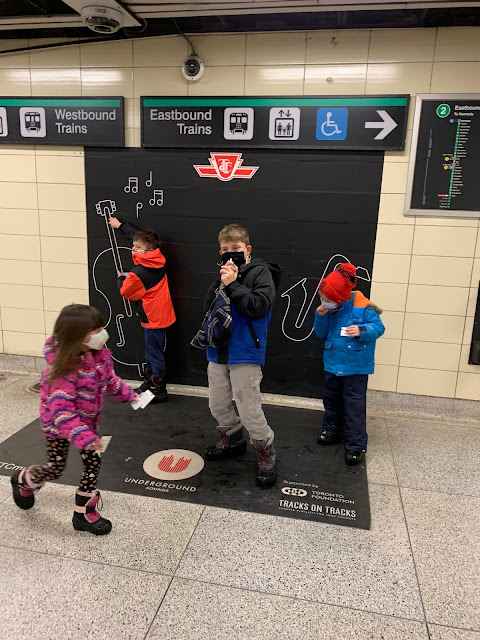 It was so pretty!  This is at Osgoode Hall. 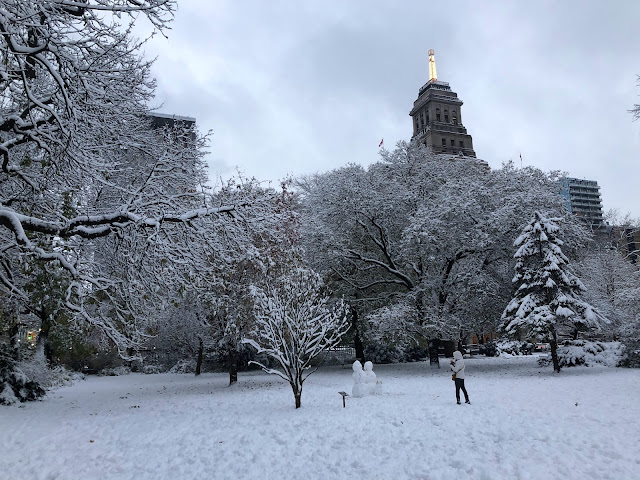 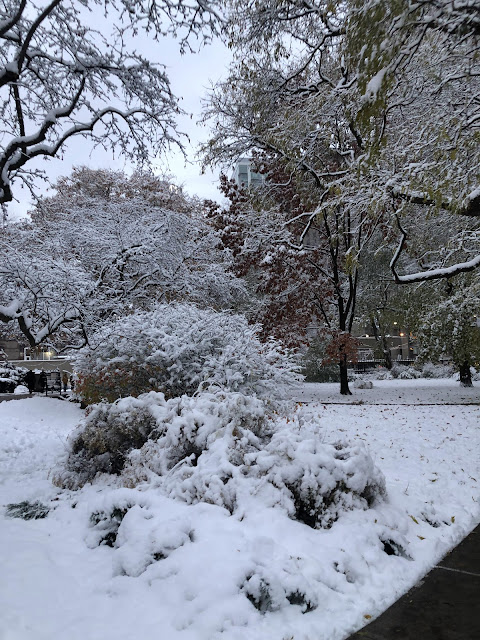 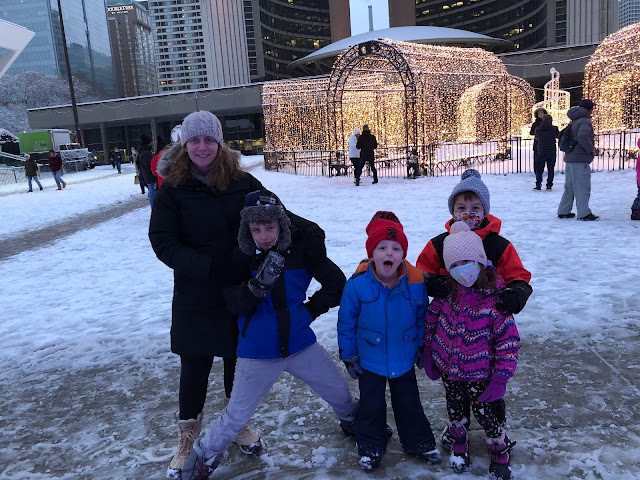 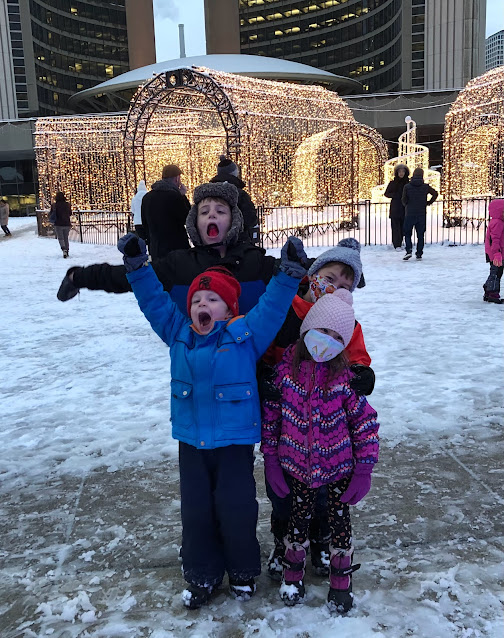 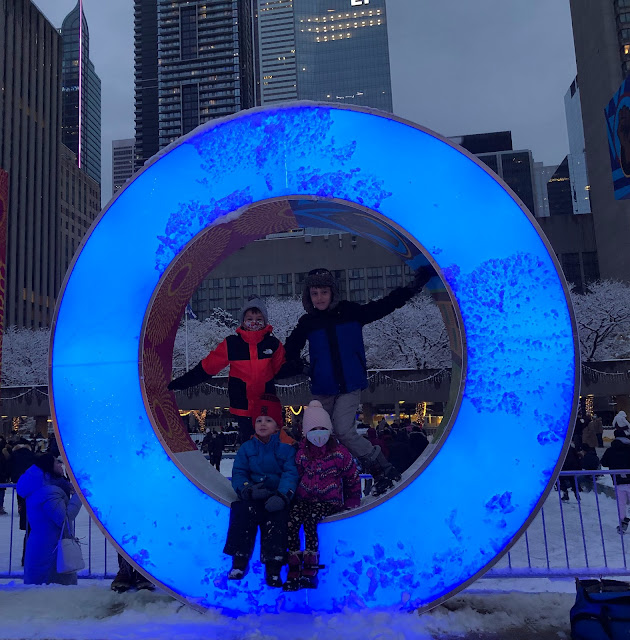 Checking out the Bay windows. 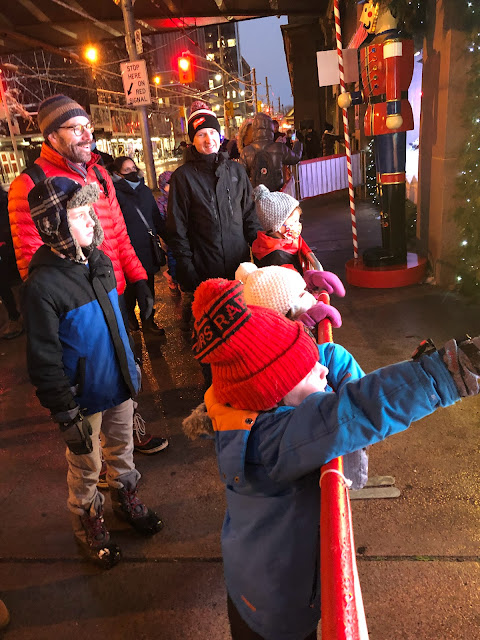 And the tree at the Eaton Centre 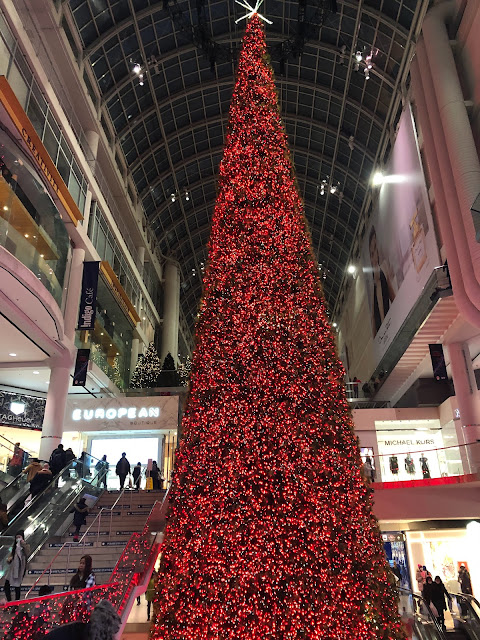 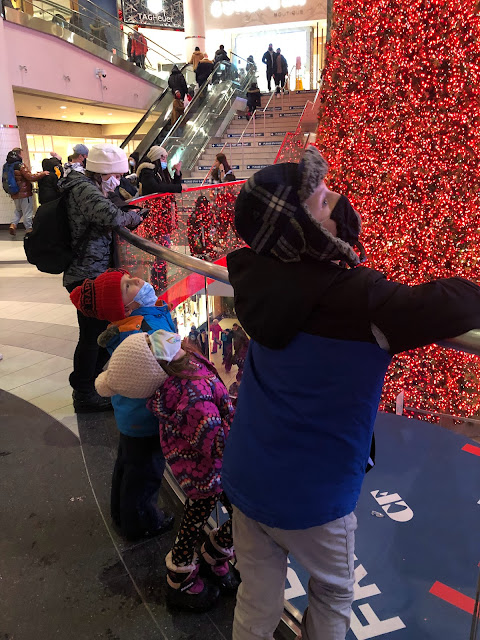 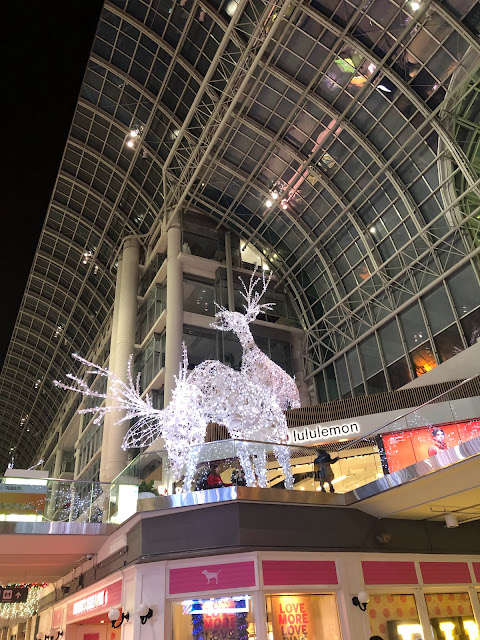 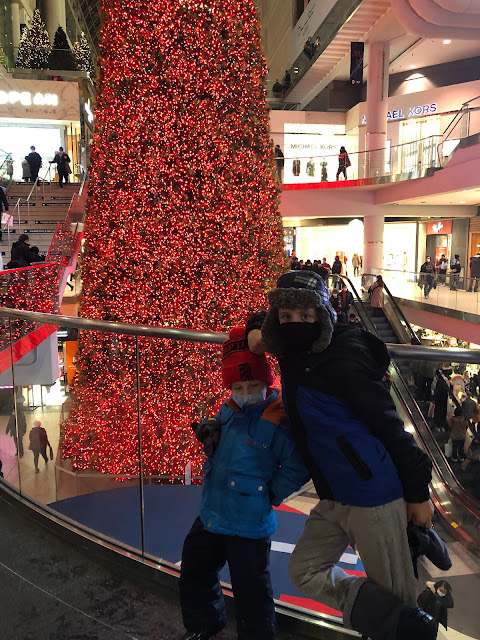 We grabbed some dinner at Jack Astors before heading home. 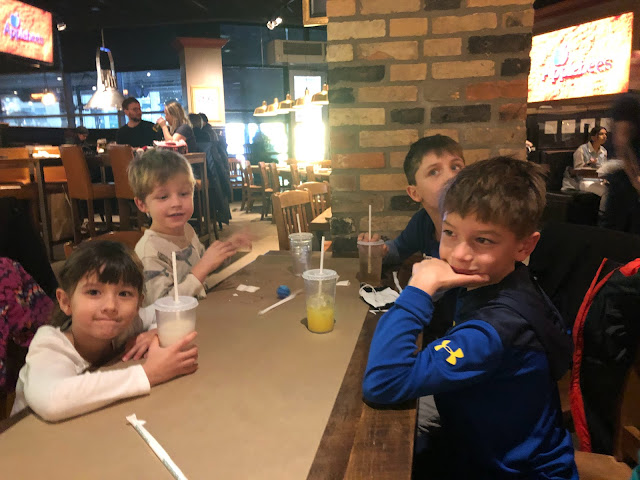