We had another snow day on Tuesday, which was a good idea because the streets were still pretty messy (and actually still messy on Wednesday when the kids went back to school).   Q was ready pretty early to play outside and work on their fort. Here is is waiting for E to come outside. 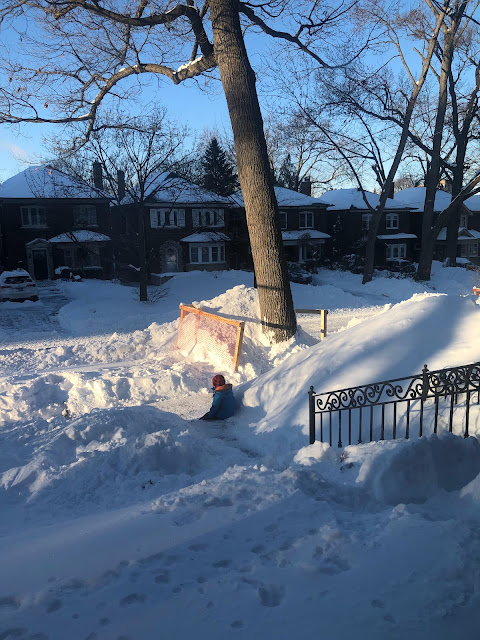 Q was up early every day this week.  I made him lay down on the couch with me one day but this didn't last long. 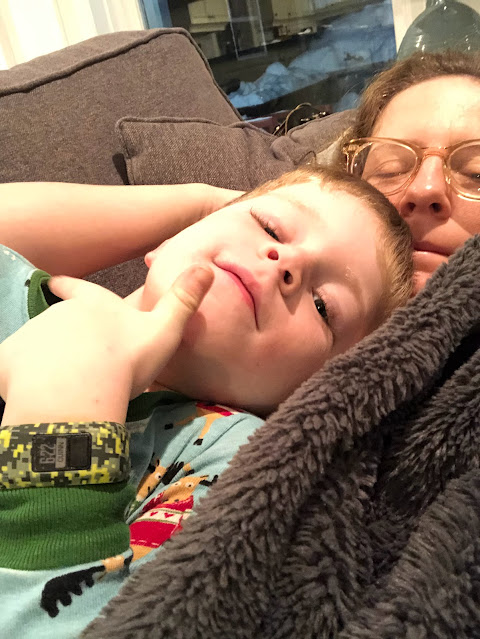 Yesterday he finished the puzzle when he got up.  He was very proud. 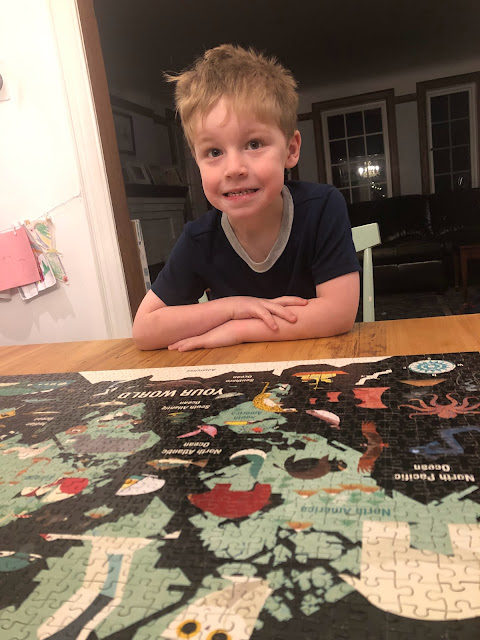 '
I took the day off on Wednesday with the aim of getting a massage and going shopping.  If we had gone to Hawaii I would have gotten a massage there so I decided to treat myself to one here at the Four Seasons.  And I also haven't gone shopping in a mall for a long time so I spent the morning at the Eaton Centre.  Shopping during the pandemic is a little sad though - there was hardly anyone at the mall, many of the store were closed or late opening, and there wasn't really anywhere to eat my take out lunch since everything was covered in snow.  Thankfully when I arrived a bit early for my massage appointment, I got to sit in the Four Seasons lobby for a bit. The shopping trip was a success though! 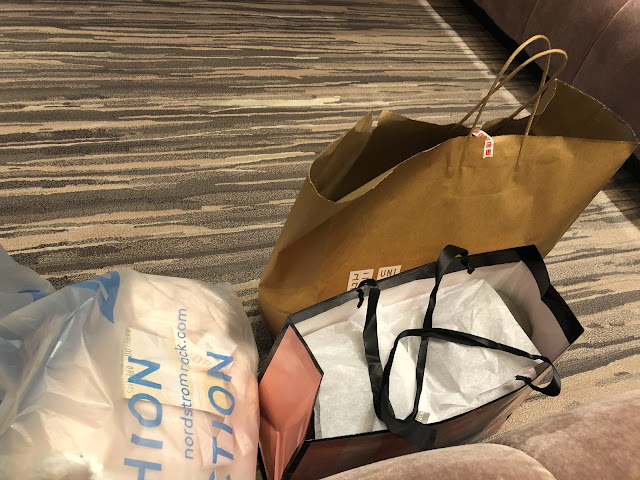 I posted about this week's menu yesterday including this yummy salad. 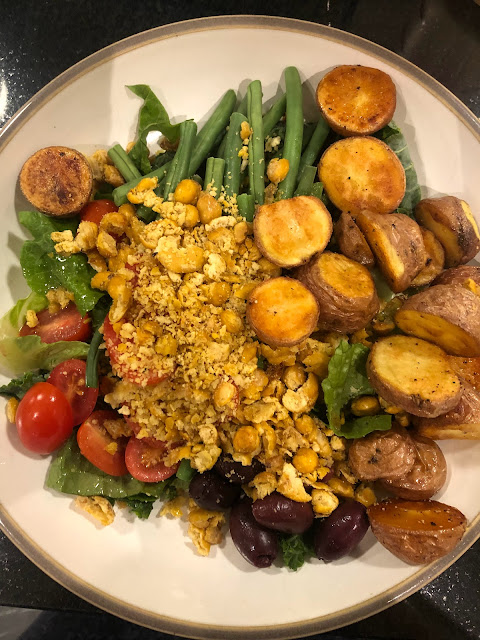 Last night we ordered take out from My Roti Place and played a couple of rounds of cards.  I think I've already told you about Sushi Go but the other new card game we got is Exploding Kittens.  It's pretty fun too.  It says 7+ but Q (age 5) was a good handle on it already so we can all play 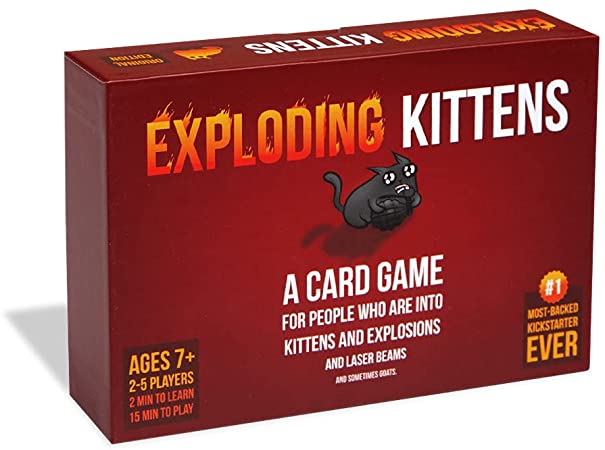 Hope you've had a good week!
Posted by TorontoSAM at 6:00 AM