This week our piano was delivered. 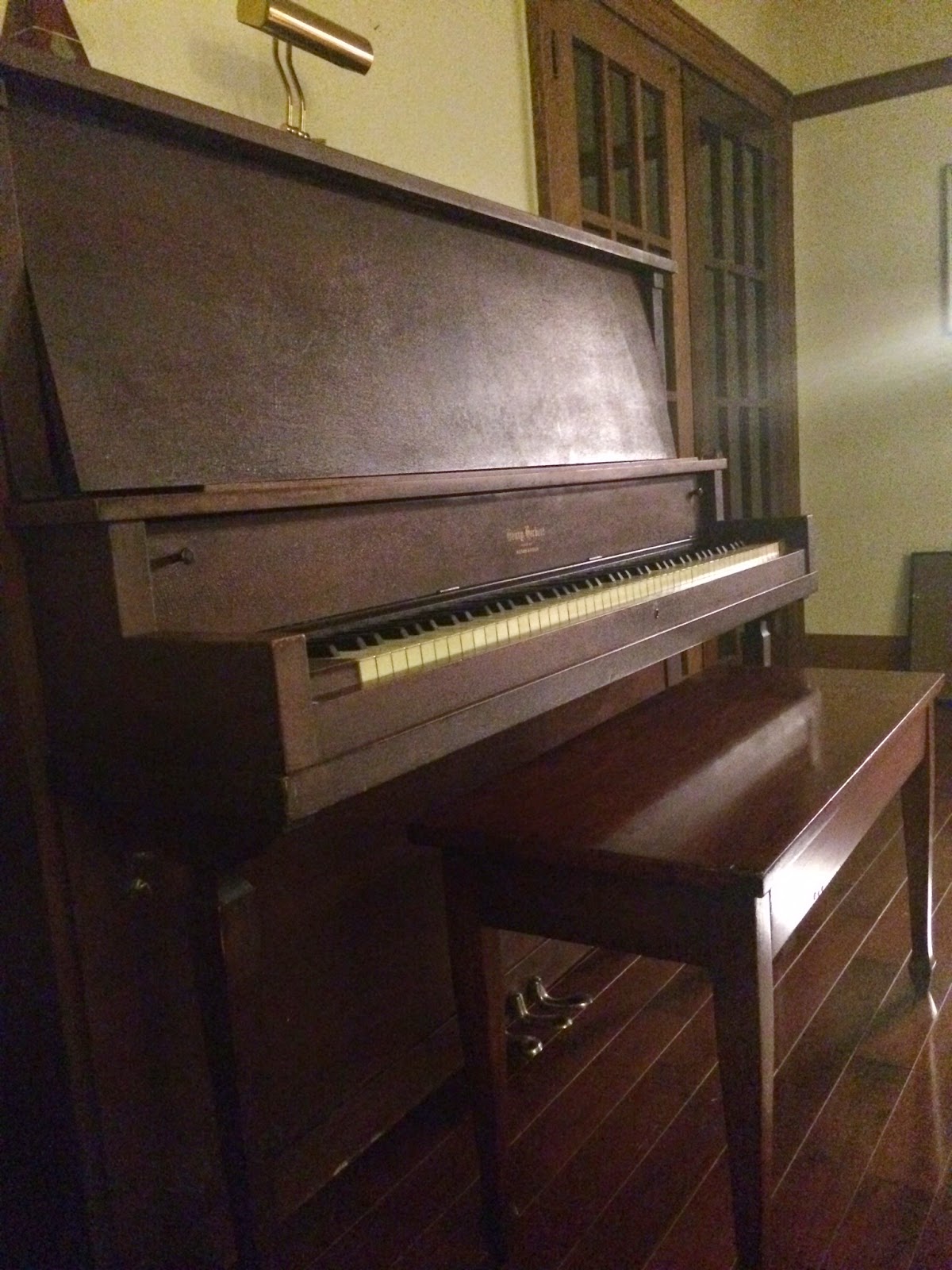 Just waiting to be dusted and decorated 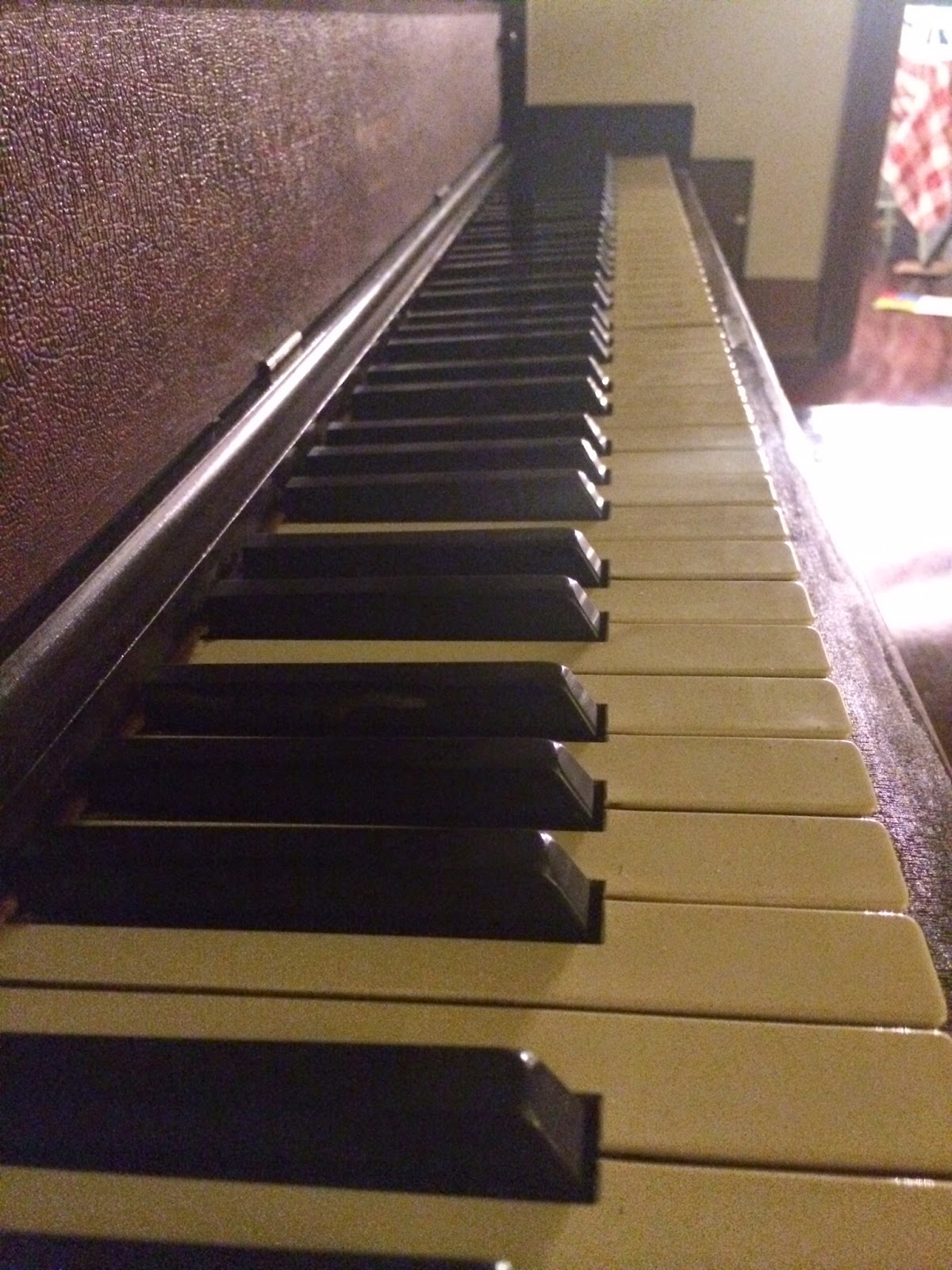 We had it shipped up from my home in Nova Scotia because we finally live in a house where it will fit and where it can stay for a long time.  I'll be honest, it was costly to move it up, but it is worth it to me.  The piano belonged to my grandfather's family years ago (family folklore says that his father traded a horse for the piano), and he had it with him over the years and one year it was shipped down to Nova Scotia because I was going to start taking piano lessons.  I took lessons from about grade four to grade twelve.  I was not a concert pianist by any means, but I was a faithful student, I played in church a few times, and I wrote and passed two Royal Conservatory of Music exams, grade 3 and grade 5. 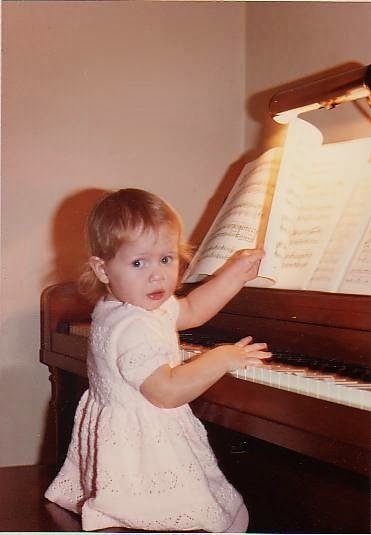 Starting at a young age with my Nana Joan

I spoke at my grandfather's funeral a couple of years ago, and I mentioned how a lot of people's memories of him were him being at the piano - he played at parties, at church, as a hobby for himself, and he even played on Bourbon Street in New Orleans one time. He could play almost anything by ear and if he didn’t know it, he could play the right chords to follow along with the singers. 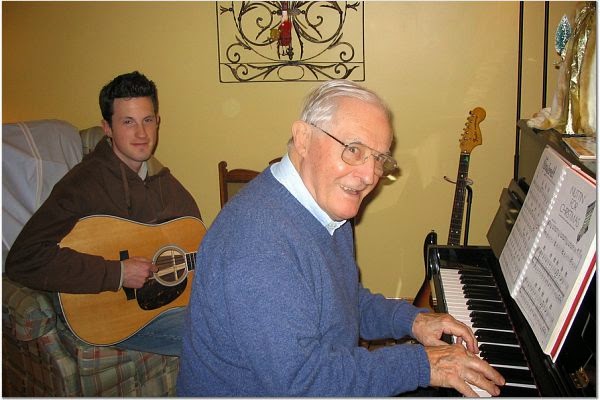 Jam session with my cousin

But my memories of Papa at the piano are standing over my shoulder while I played.  Usually when I started playing he would get up out of his chair and walk over to see what I was doing. 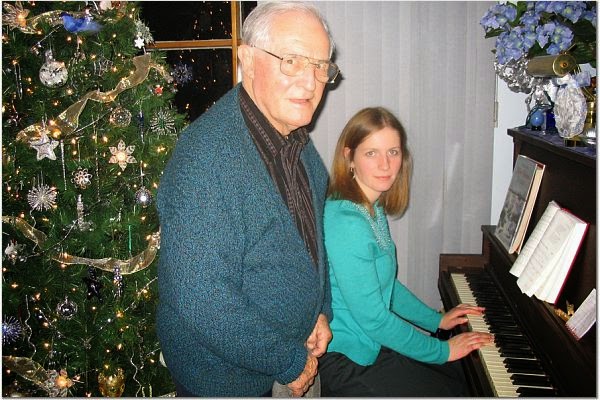 I am looking forward to playing more often, and introducing E to a musical instrument.  I still have my old lesson books, but I mostly enjoy playing out of the United Church hymn book.  The tunes are familiar and pretty simple to play.