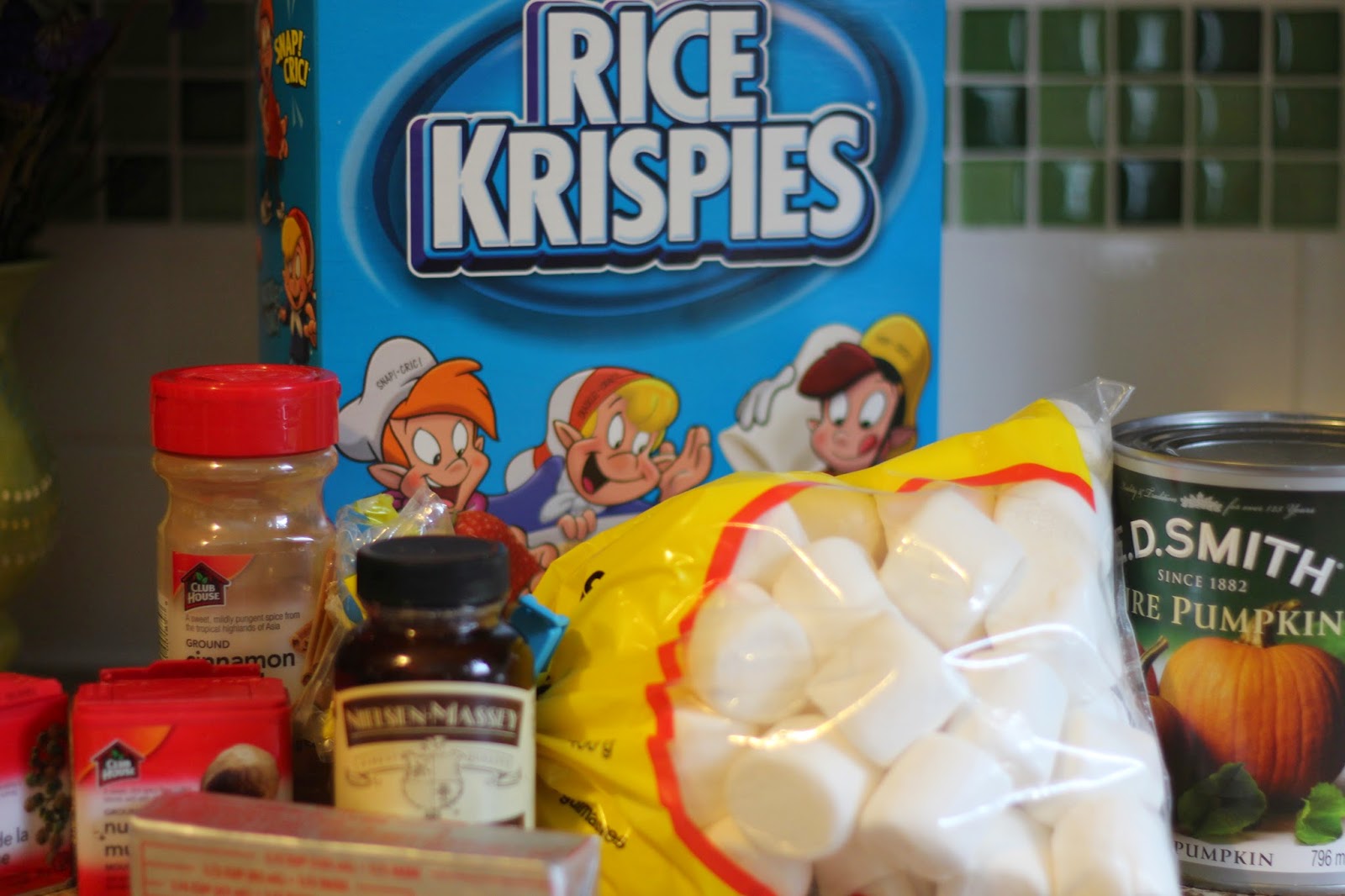 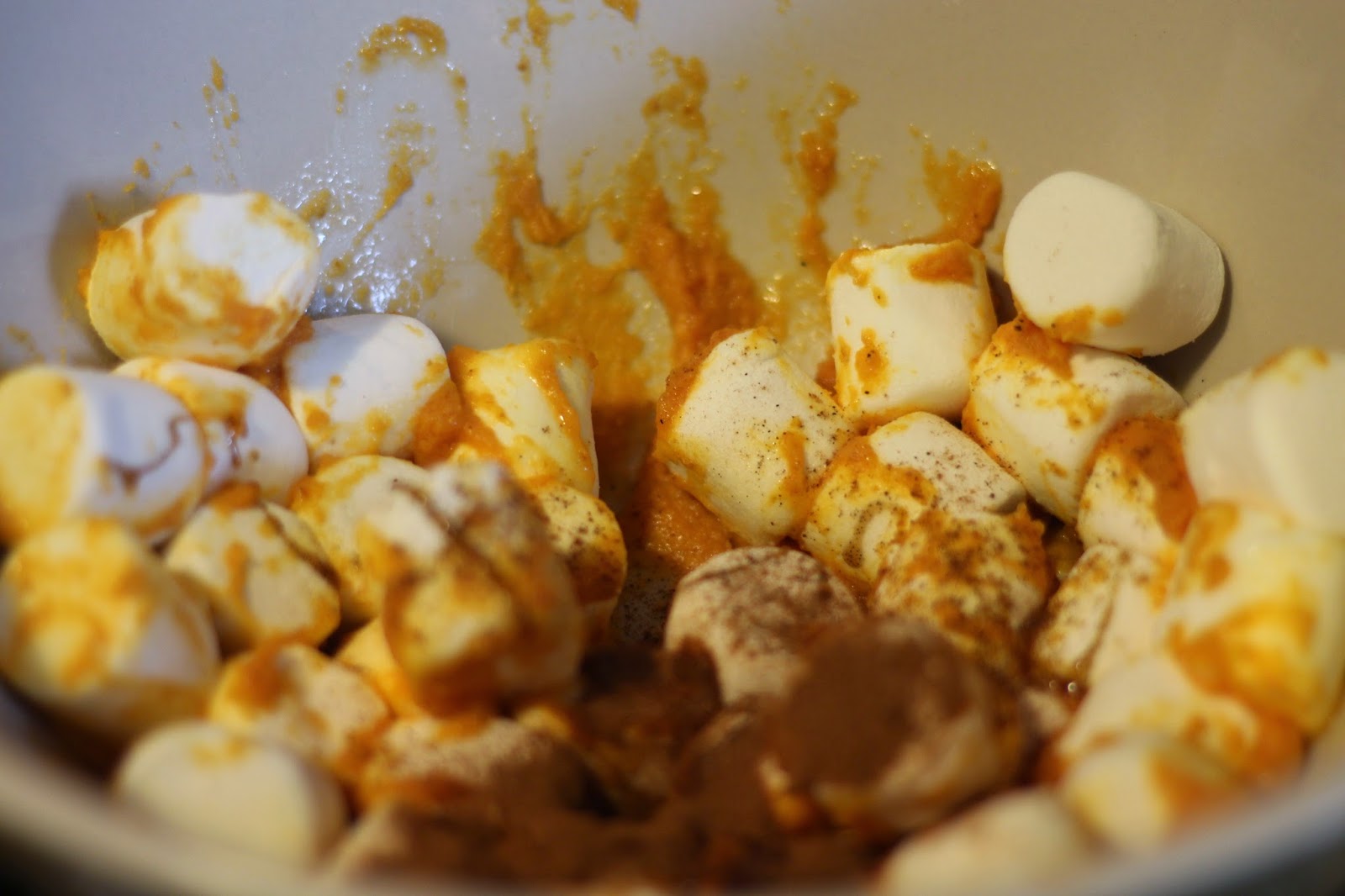 Microwave for 1 1/2 minutes until marshmallows are melted.  Stir together and then let sit until it reaches room temperature.  Then stir in Rice Krispies and press into a greased 9x13 pan.  If you mix them in too early the cereal will get too soggy. ﻿ 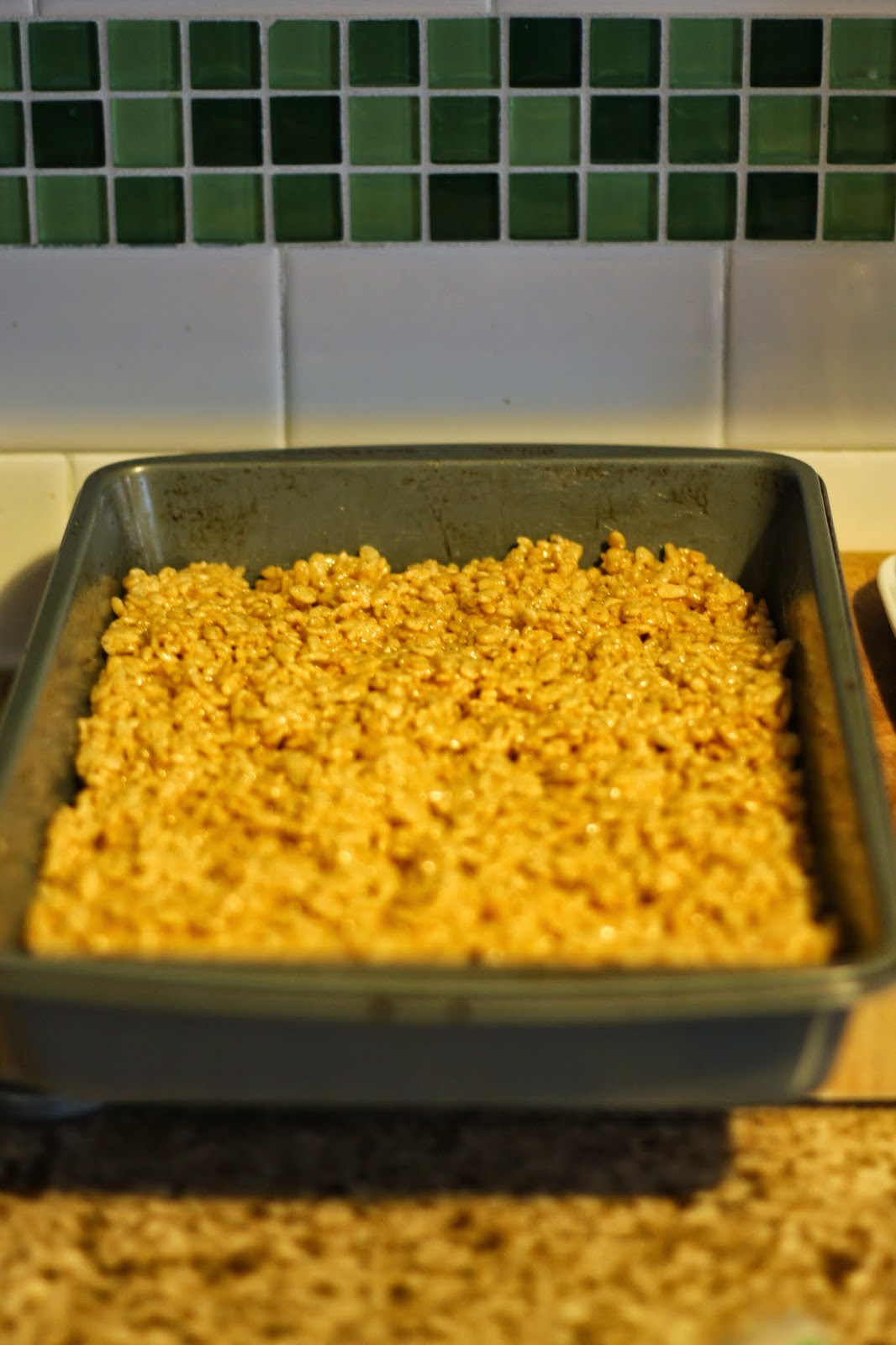 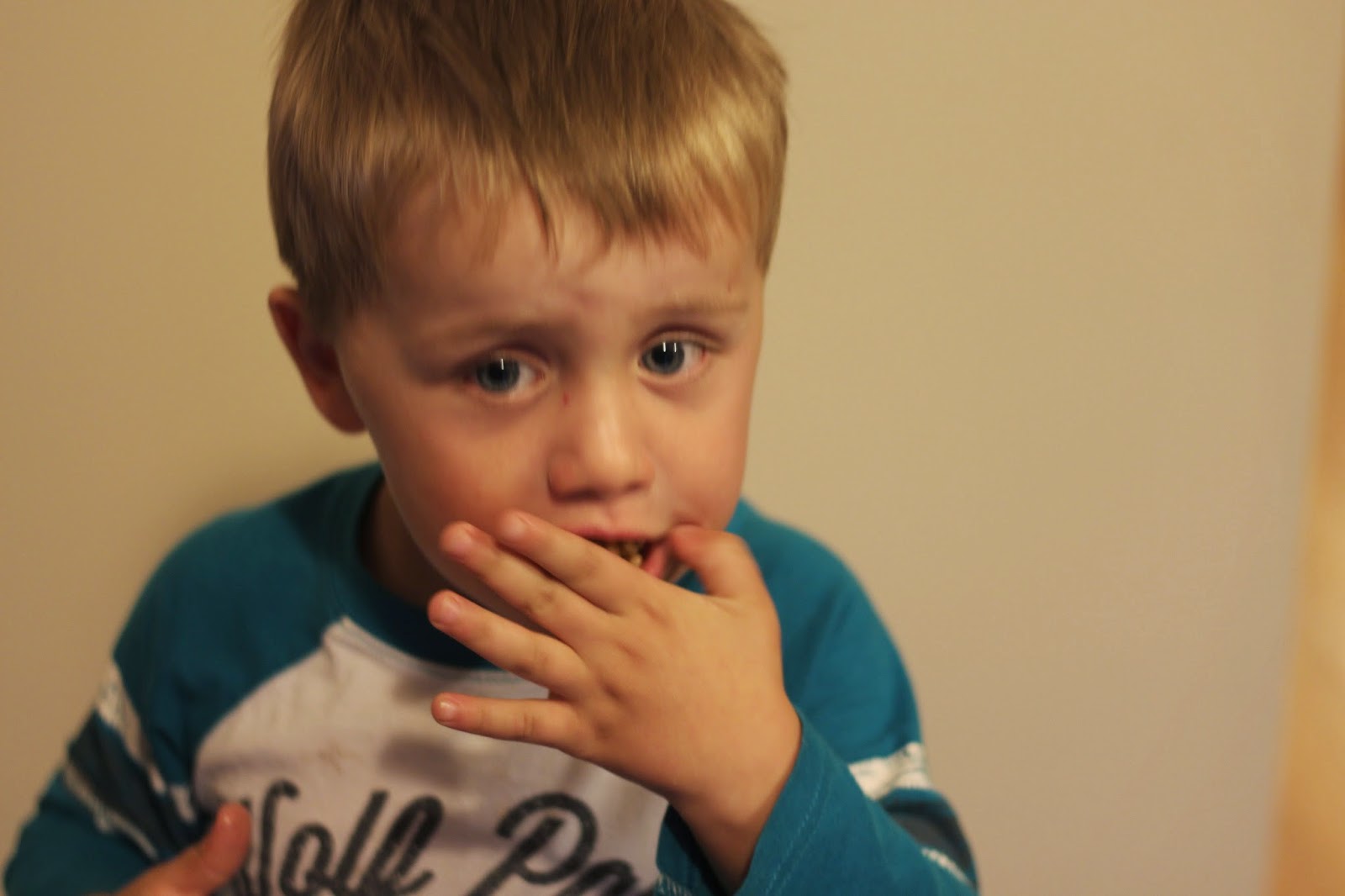 My taste tester liked them.
Posted by TorontoSAM at 6:00 AM