In lieu of my usual Want it Wednesday post, I wanted to mention the start of the Toronto Raptors NBA regular season.  They play the Atlanta Hawks tonight at the ACC.  Dave is going to the game, but E and I will be watching from home.

I admit, I was not a basketball fan, other than senior boys basketball in high school (but that was probably for other reasons), until I started dating Dave in university.  I claimed the old mantra of "they just go back and forth, it's so boring!"  Except for baseball, most sports just "go back and forth" so that makes no sense.  Dave has always been a basketball fan so I started watching, and like anything, once you understand the game and the rules, and know some of the players, it becomes interesting, and I was a fan.

I've been to a few games, even got to sit on the floor a few times, and we took E to a game last year.  E pretty much likes every sport that we do, and basketball is no exception.  Hopefully we can make it down for a few games this year too.

Good luck to the Raptors this year.  It is their 20th season, and they have some great momentum from last year's playoff showing. 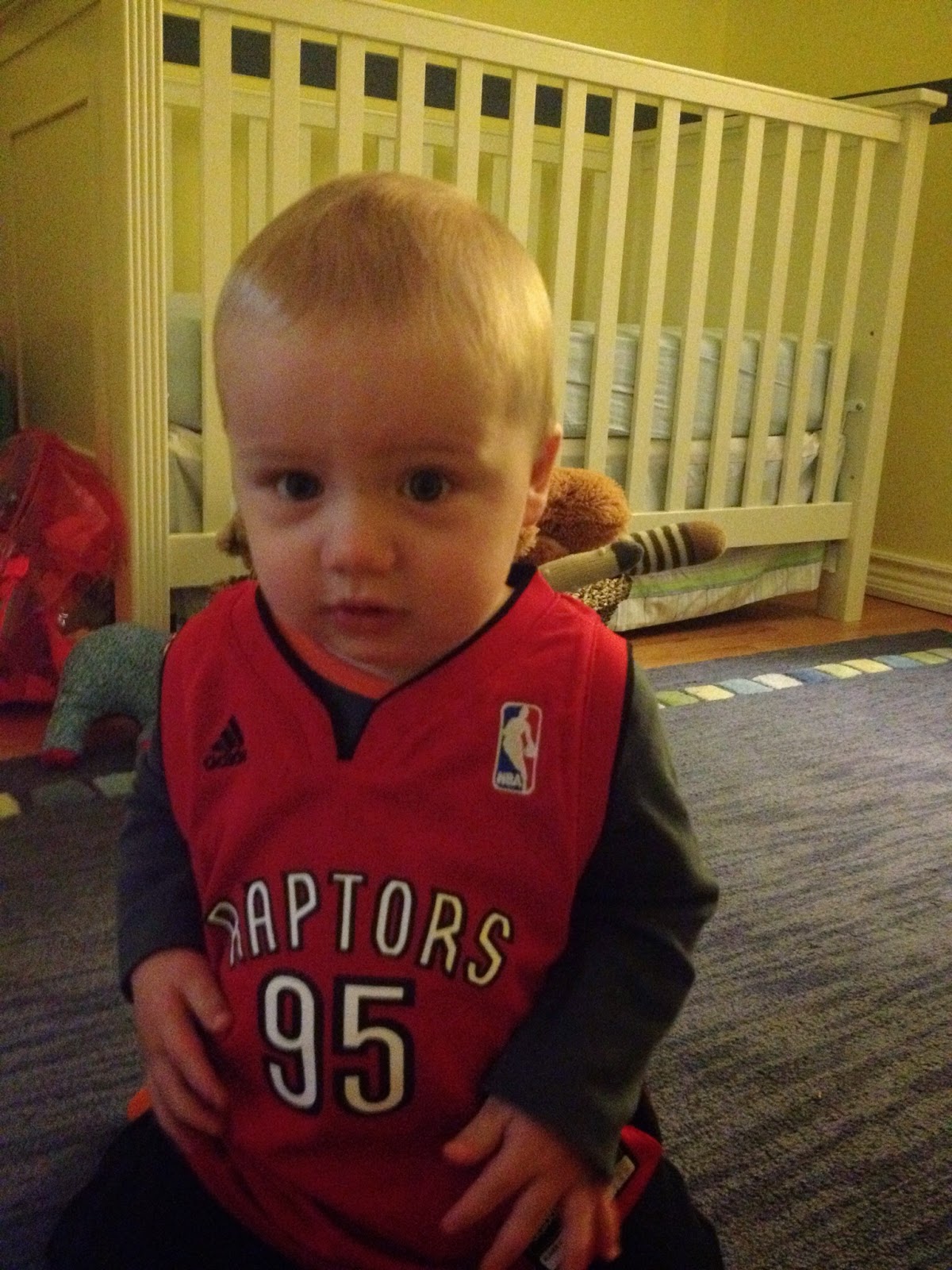 Everett's second season as a Raptor fan (the first year he was more of a bench player)
Posted by TorontoSAM at 6:00 AM